10 Sportspeople You Didn’t Know Were Criminals

Schlichter had a promising career ahead of him. He was an excellent State-level quarterback, and he would have gone on to be an awesome professional American football player, if it wasn’t for his obsession with gambling. Gambling by itself isn’t illegal, but it gets dicey when you’re using other people’s money.

That’s right, Schlichter stole over $2 million from friends and family, and gambled it away in Las Vegas casinos. Not only that, but after four months of solitary confinement and the founding of a literal gambling-awareness charity, he went back to prison for a one million dollar fake sports ticket scandal.

Sally “Killer Sally” McNeil is one of a few athletes on this list that work as a PSA against steroids. The bodybuilder became more and more paranoid the further into her career she got, pulling a gun on her boyfriend, dropping a huge metal weight onto his car, and fighting with random women who she believed might be sleeping with him.

That’s pretty bad, but things got even worse just a few short years later, when she pulled a shotgun on her husband on Valentine’s Day and murdered him in cold blood. She went to prison, but claimed that she had murdered him in self-defence, despite being more than strong enough physically to protect herself.

Sportspeople being caught out for minor offences is barely even news, but there’s a big difference between being caught driving slightly over the limit, and being put away for over 150 years. Ettiene got frustrated at his side job (a cheque cashing place) and shot his handgun directly into the ceiling.

He was smart enough to realise that was a bad idea, but then tried to fix the problem by carjacking two cars and escaping, both of which had young children in the backseat. He was taken down by police, and charged with armed robbery and second degree kidnapping.

Robbins was one of the highest paid NFL stars out there, and just a few weeks away from playing in the Superbowl. He had the perfect life, until he cracked under the pressure and vanished, telling no-one on his team or in his family where he was going.

He appeared back on the scene a few weeks later with drugs in his system and, after being released from prison for possession, immediately got into a brawl with multiple police officers that resulted in him being shot three times, and giving him another five years in jail.

Liston’s boxing career was tied up with jail from the beginning, since he learned to box in prison, and his contracts were all owned by the mafia. Things escalated when he assaulted a police officer out of nowhere and stole his gun then, after getting out of jail for that crime, impersonated another office and threw a third into a garbage can.

However, he is most famous for getting into a fight with the prestigious sportsperson Muhammid Ali, in which he drew his gun on Ali and fired blanks at him. He was arrested again, despite the gun not containing real bullets, and the event led Ali to say publicly that Liston was the craziest people 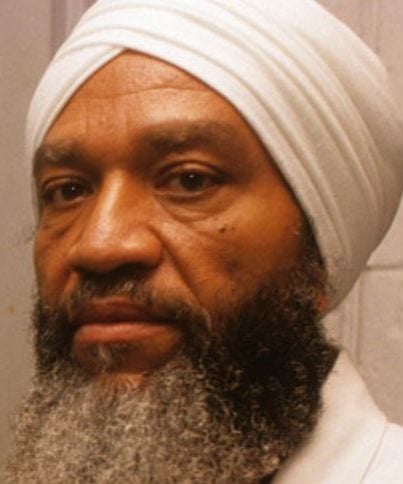