10 Sindy Toys All 80s Girls Wanted To Own

She may have come second to Barbie in the eyes of some, but personally we loved Sindy the best, and we suspect we’re not alone.

Below are 10 of the most popular Sindy toys from our childhood. 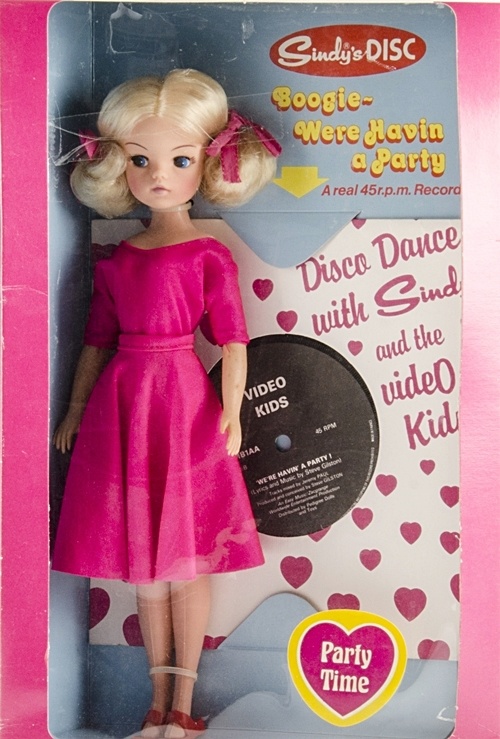 We’re sure that you’ll all have your favourite Sindy doll, the one that immediately transports you back to your childhood. Maybe for some of you it was the Party Time doll.

The Sindy Party Time doll had pigtails and was released in 1981. But what will really make you appreciate how old it is (and how old we are) is the fact that this particular Sindy came with a vinyl record! 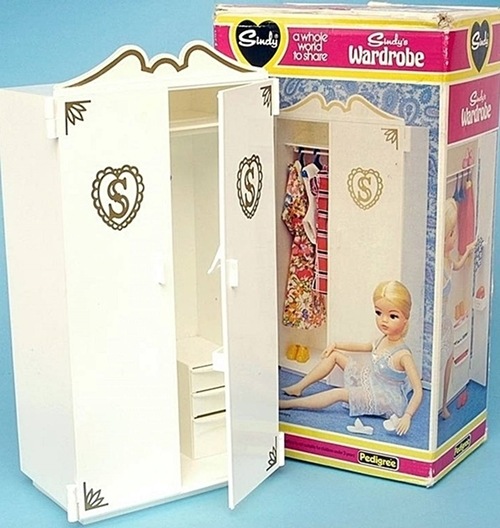 If there was one present we always wanted at Christmas but never ever managed to get our hands on, it was Sindy’s amazing wardrobe.

Sindy’s wardrobe didn’t come cheap, so some of us had to make do with a cheap knock off or one built by our dad! We suspect there was only a handful of you that actually managed to acquire one, but please don’t tell us if it was you, as we’ll only be extremely jealous. 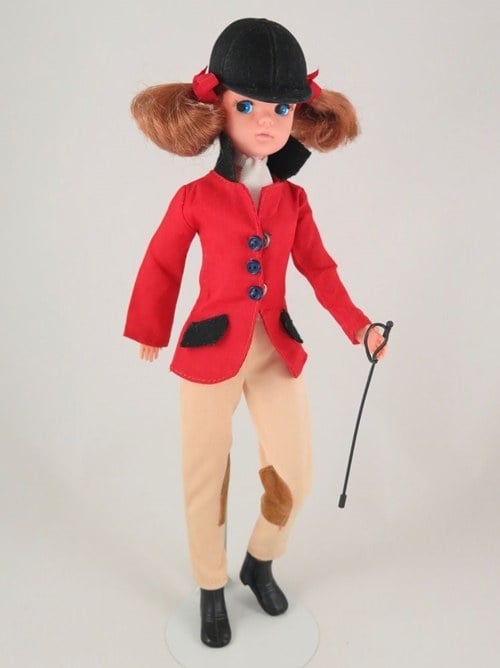 Released at around the same time as the Party Time doll that we mentioned above, Show Jumper Sindy was another one that we desperately wanted to own.

Our parents were clearly never going to buy us the real-life pony or horse we so desperately wanted, so to be able to act out our equestrian fantasies with Sindy would have been an amazing substitute! 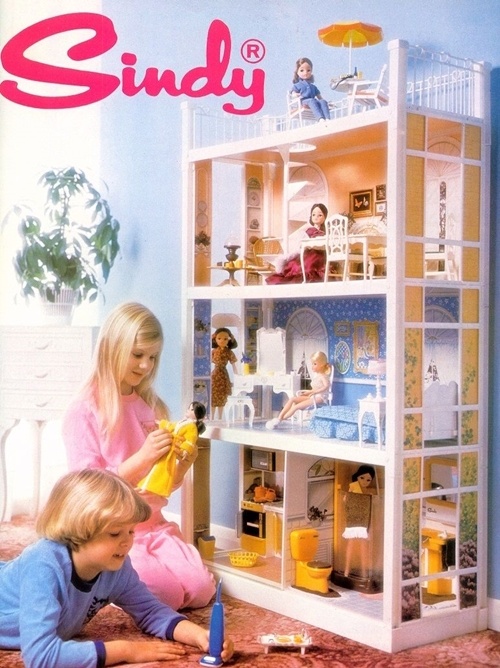 We don’t know about you, but Sindy’s Town House was one of the most sought-after items of our entire childhood.

If you had room in your bedroom for Sindy’s Town House then your parents may have been able to justify spending so much money on it, but the available bedroom space tended to be used for something far more practical, like a chest of drawers! 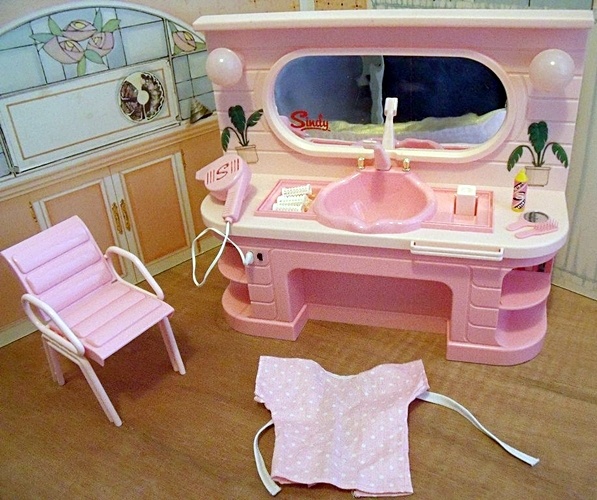 Coming with a host of delightful items including her own chair, mirror, sink, towel and hairdryer, Sindy’s wonderful Beauty Salon was absolutely beautiful.

Our parents may not have been happy for us to apply makeup to our own faces, but at least we could practice on our Sindy doll! 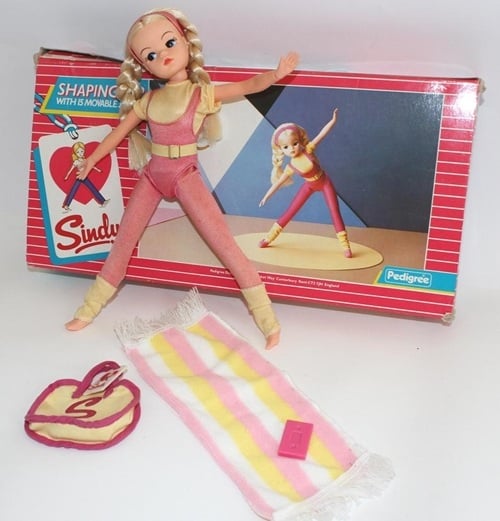 Looking like she’d stepped straight out of Flashdance, Sindy’s pigtailed Shaping Up doll, released in 1985, also came with a towel and gym bag.

Back in the 1980s we thought that working out looked beautiful and glamorous, whereas now we obviously know the sweaty truth! 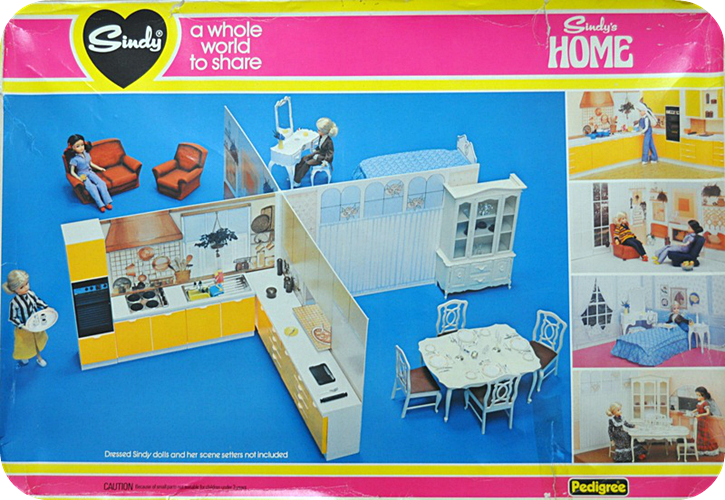 We bet that many of you really wanted Sindy’s 1979 ‘Home’, but not only would it upset the family finances somewhat, but our parents would also have had to pay for an extension on their house to store the thing!

Coming with four rooms as well as an assortment of furniture, Sindy’s Home was another one of those toys that we always asked for but sadly were never given. 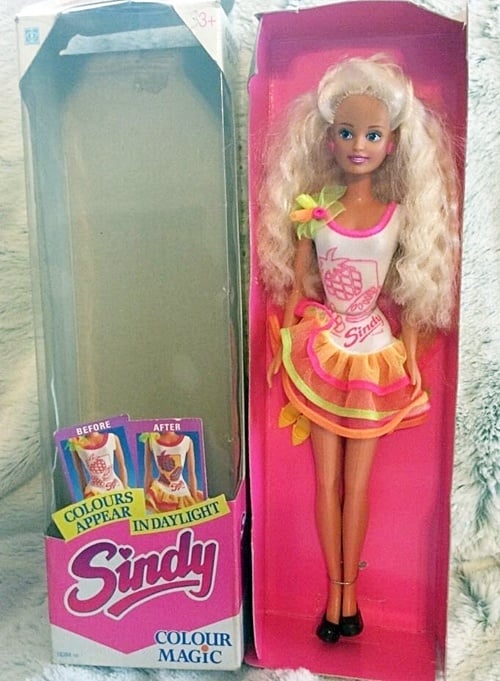 Do any of you remember Sindy’s Colour Magic doll, which was released at around the same time as New Face Sindy?

Featuring smaller eyes and a slimmer face, New Face Sindy had painted eyelashes, blue eye-shadow and a slight smile. Most of them had blonde hair, with the exception of the Colour Magic doll whose hair colour changed to blue when it was wet. 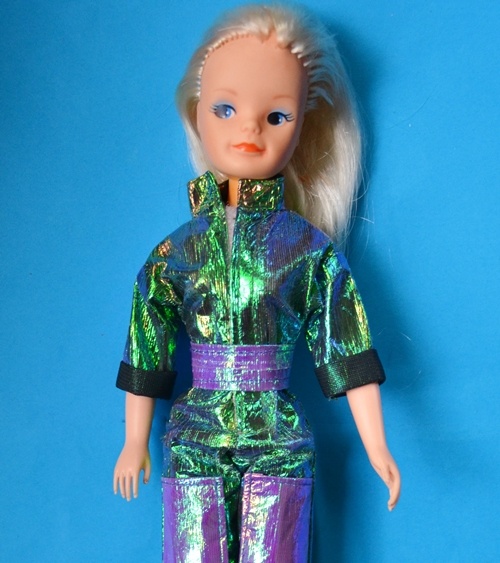 Sindy’s Starlight doll, released in 1985, came ready for the disco, complete with a jumpsuit and long crimped blonde or brunette hair.

Now she may look like something from a dodgy 80s sci-fi movie, but as kids we thought she looked absolutely wonderful! 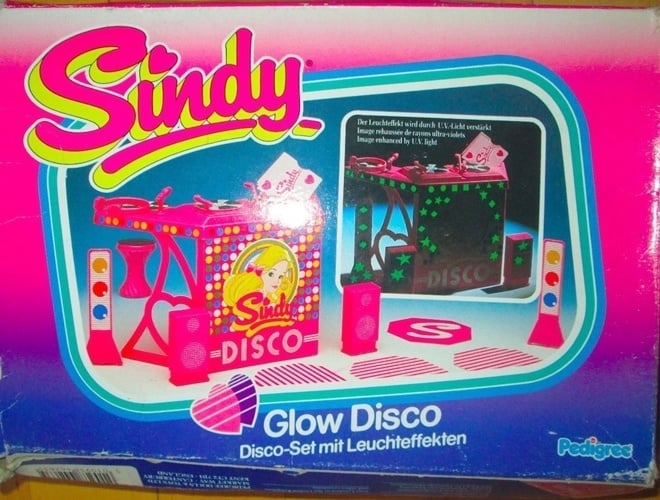 Coming with lights, speakers and a dance floor, Sindy’s Glow Disco let our Sindy take to the town and stay up until the early hours of the morning.