Are these the nursery rhymes we grew up being taught by our parents and teachers? Well, no, not quite. Here is a list of cheeky rhymes you may have learned from your friends and used in the playground. 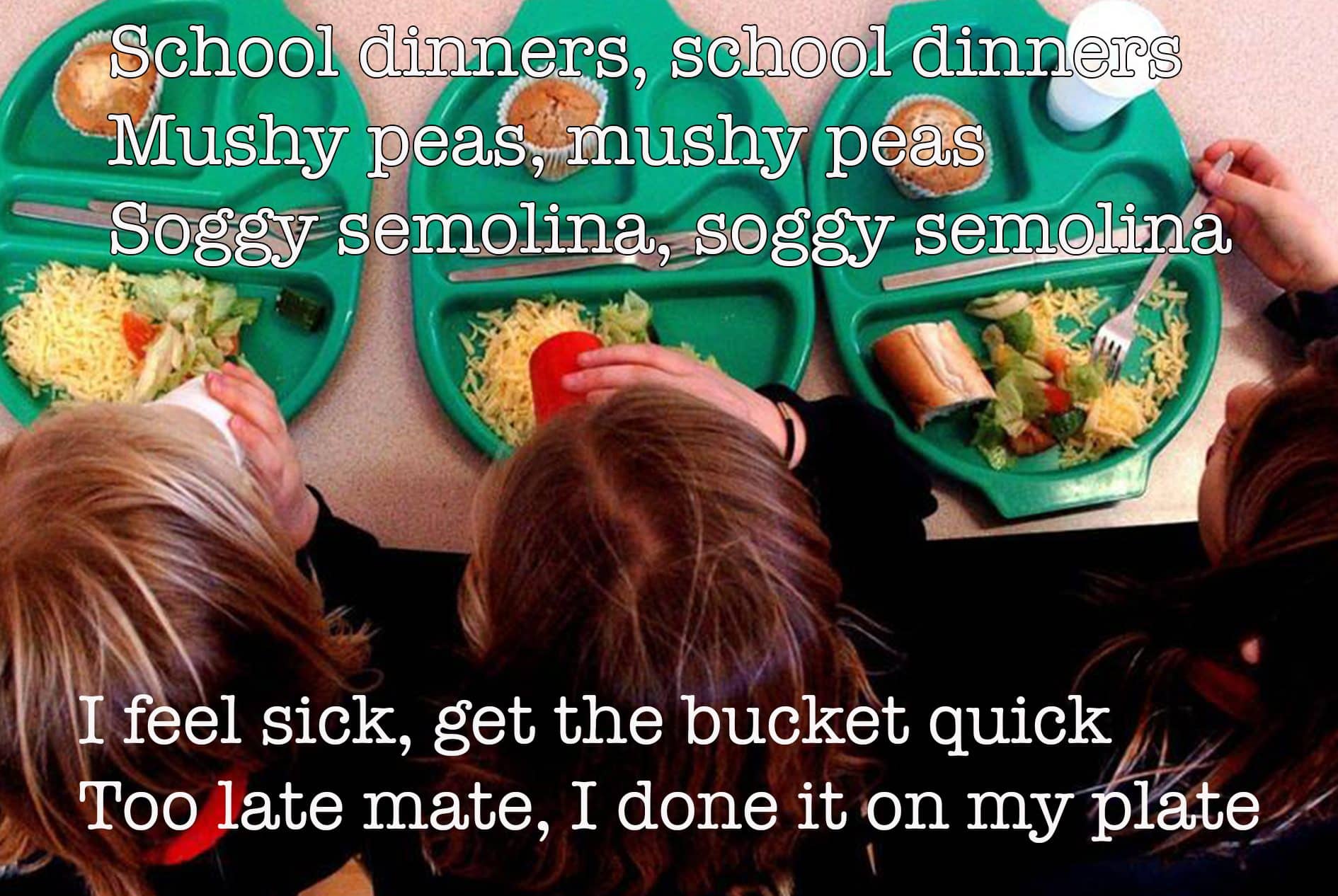 2. Mary Had a Little Lamb 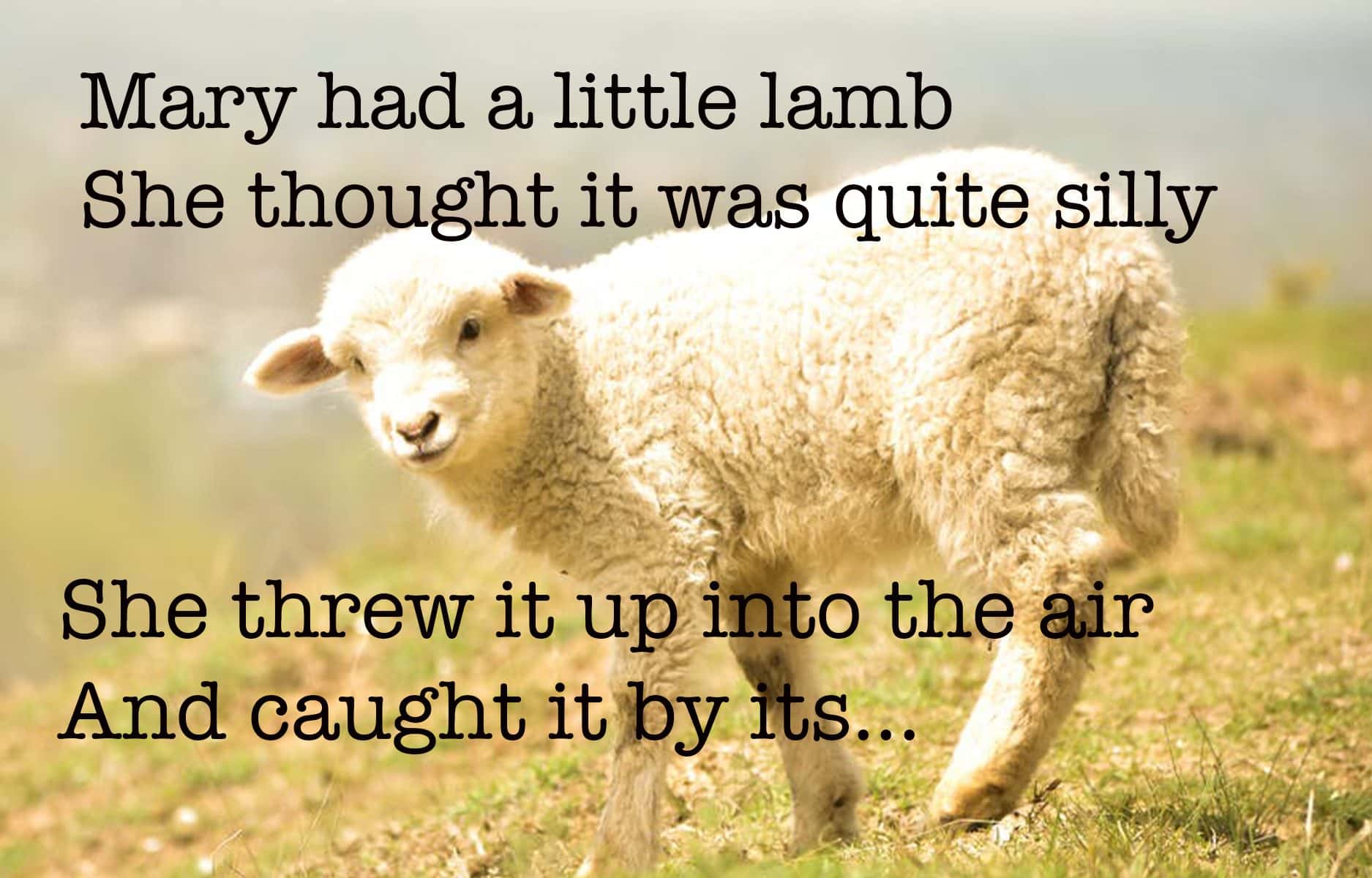 (This one was epic!)

Mary had a little lamb, she thought it was quite silly,
To throw him up into the air and catch him by his,
Willy was a sheepdog, running through the grass,
Along came a bee and stung him on the,
Ask no questions, tell no lies,
I saw a policeman open up his,
Flies are a nuisance, bees are worse,
That is the end of my little verse. 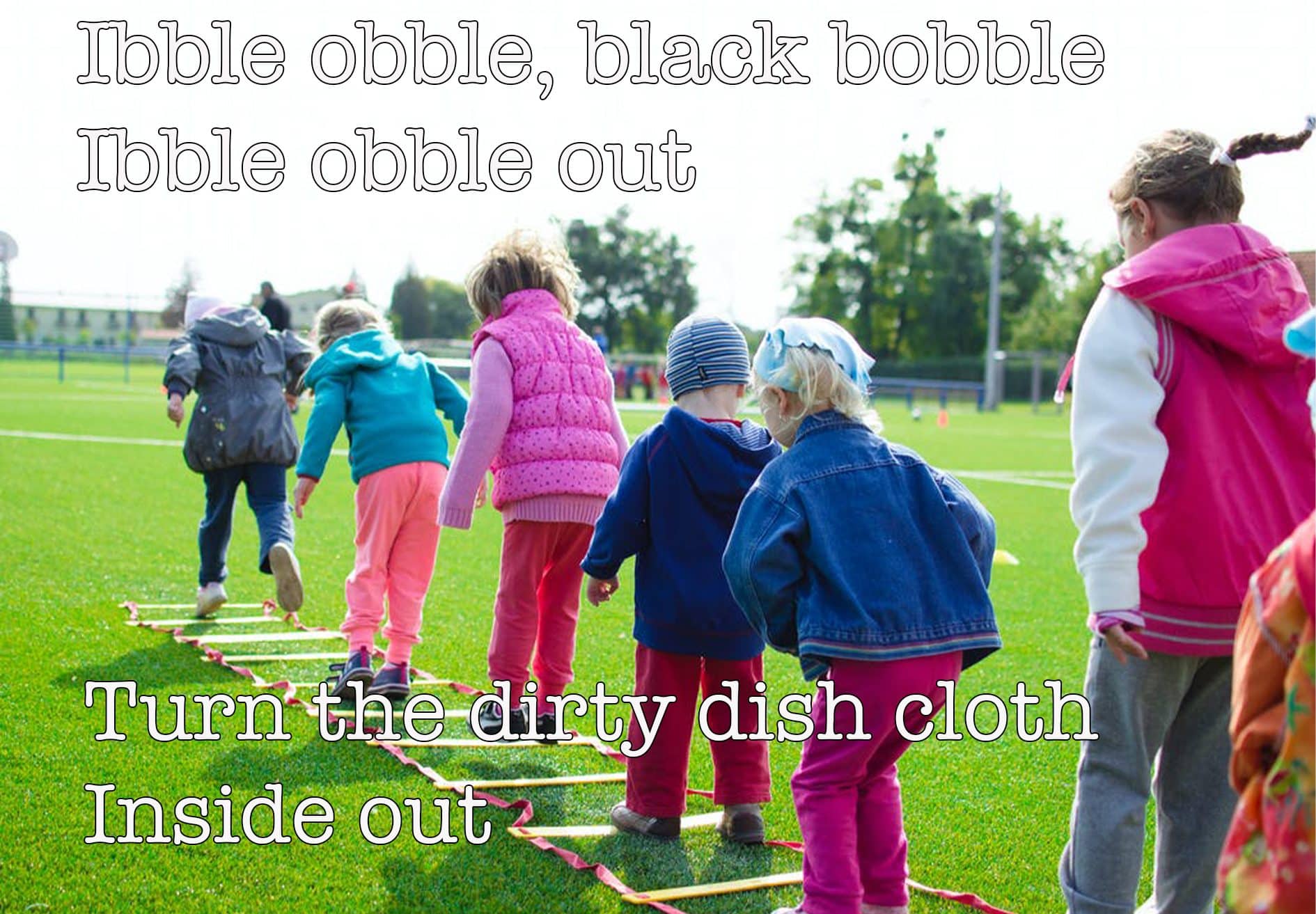 When deciding who was going to be ‘It’ in a game of, for instance British Bulldog, there were a selection of rhymes used. Here are a couple of the more memorable ones. 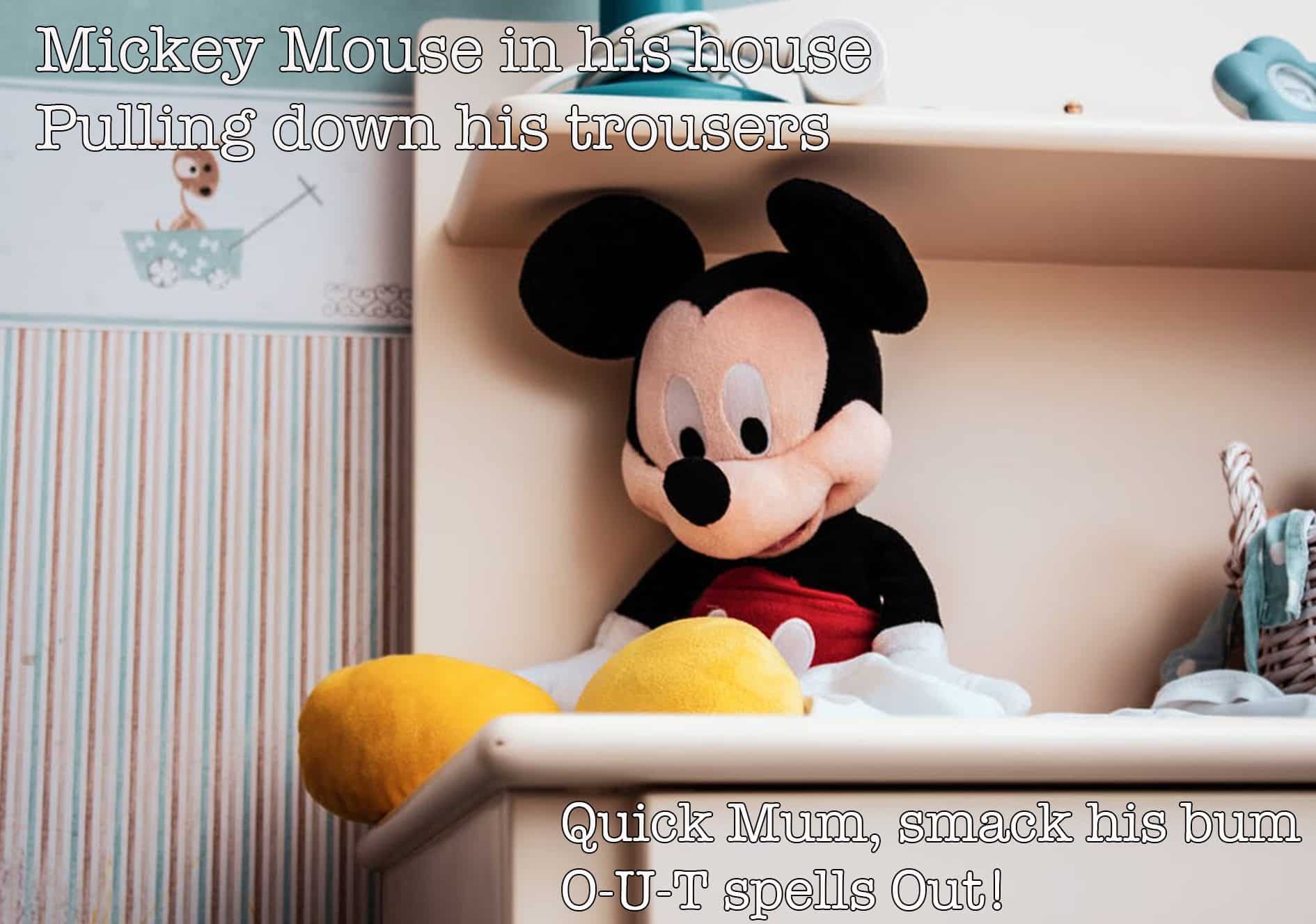 Mickey Mouse, in his house, pulling down his trousers,
Quick Mum, smack his bum, O. U. T. spells OUT! 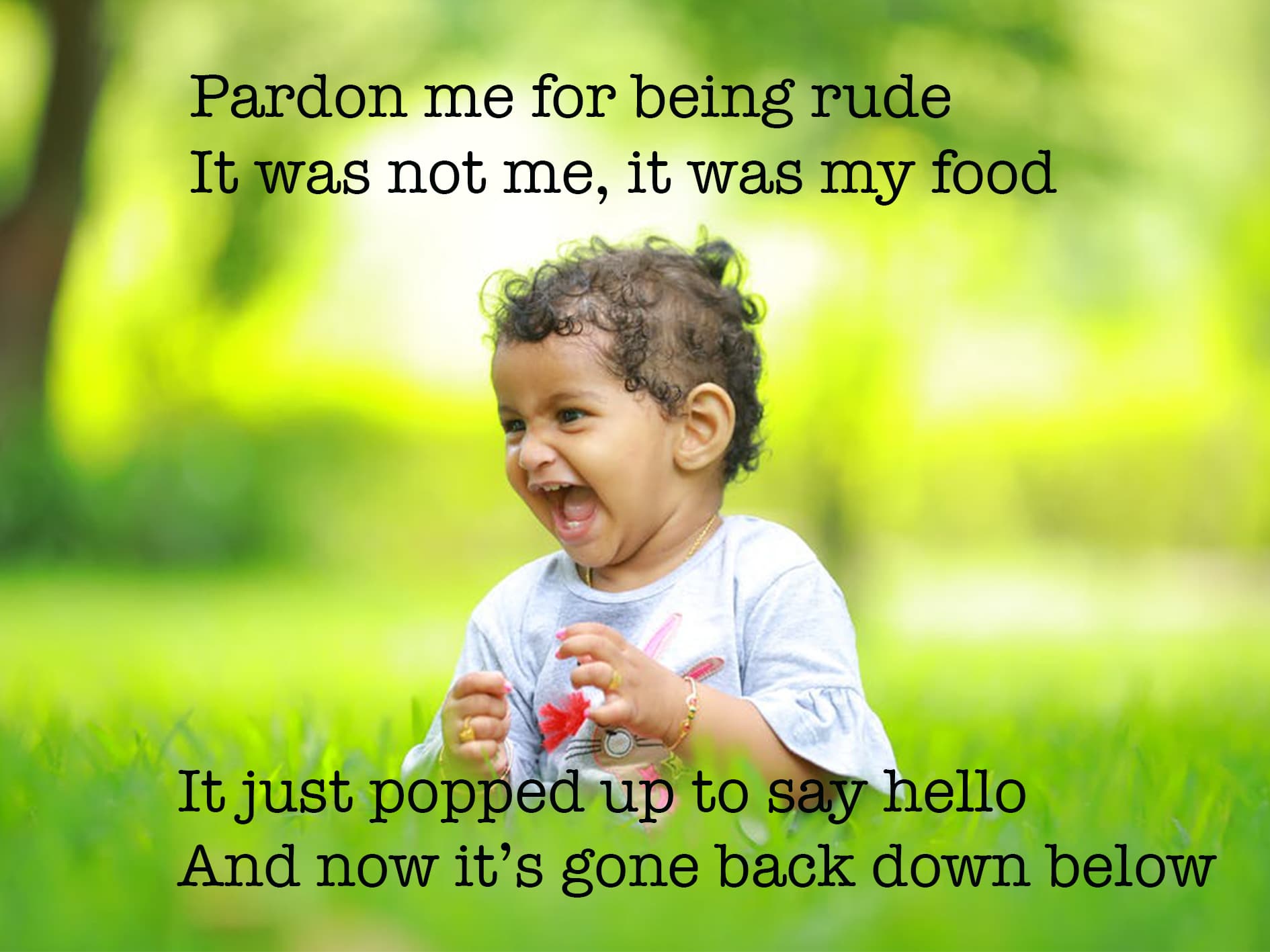 Pardon me for being rude,
It was not me, it was my food,
It just popped up, to say hello,
And now it’s gone back down below. 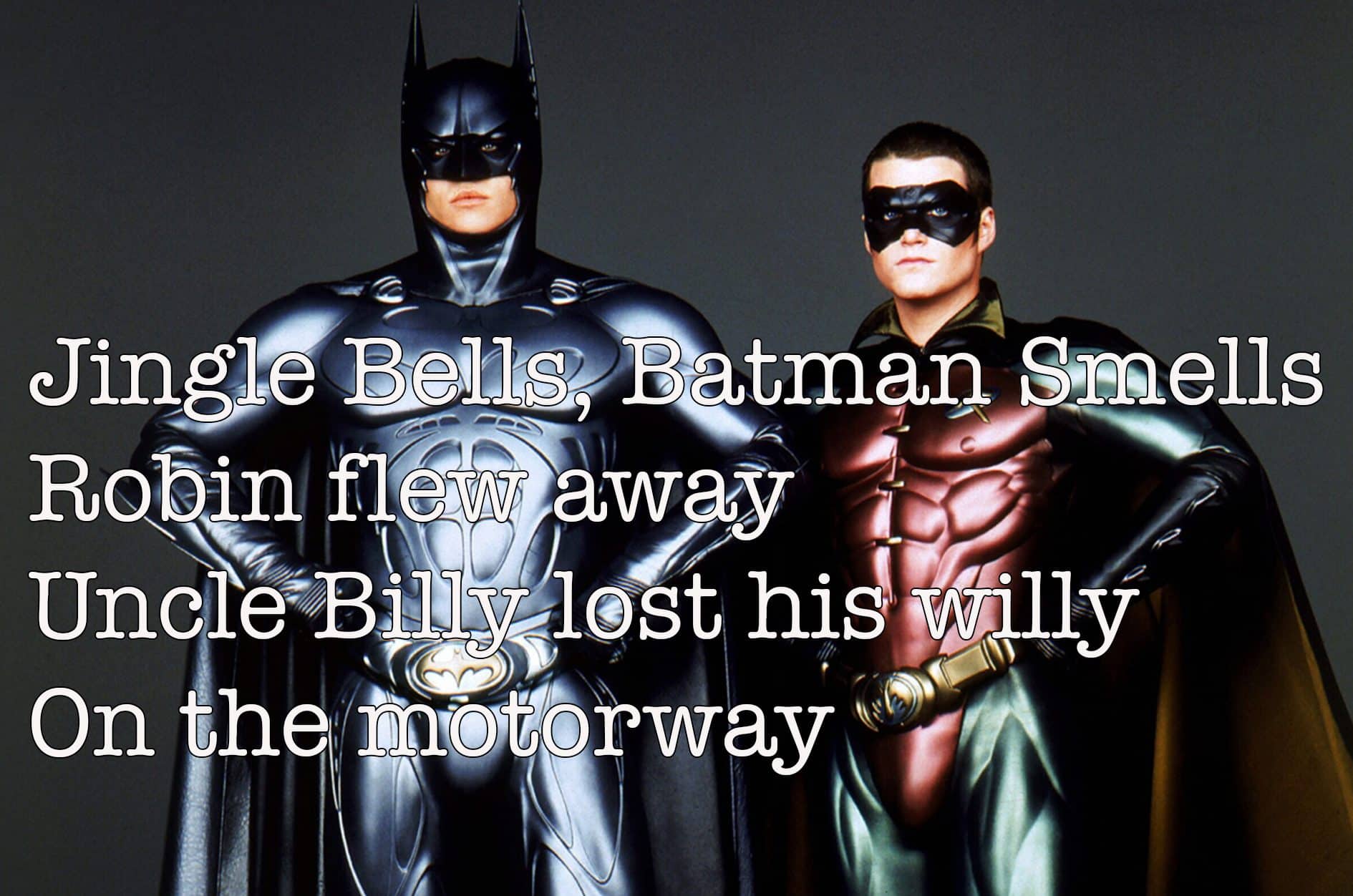 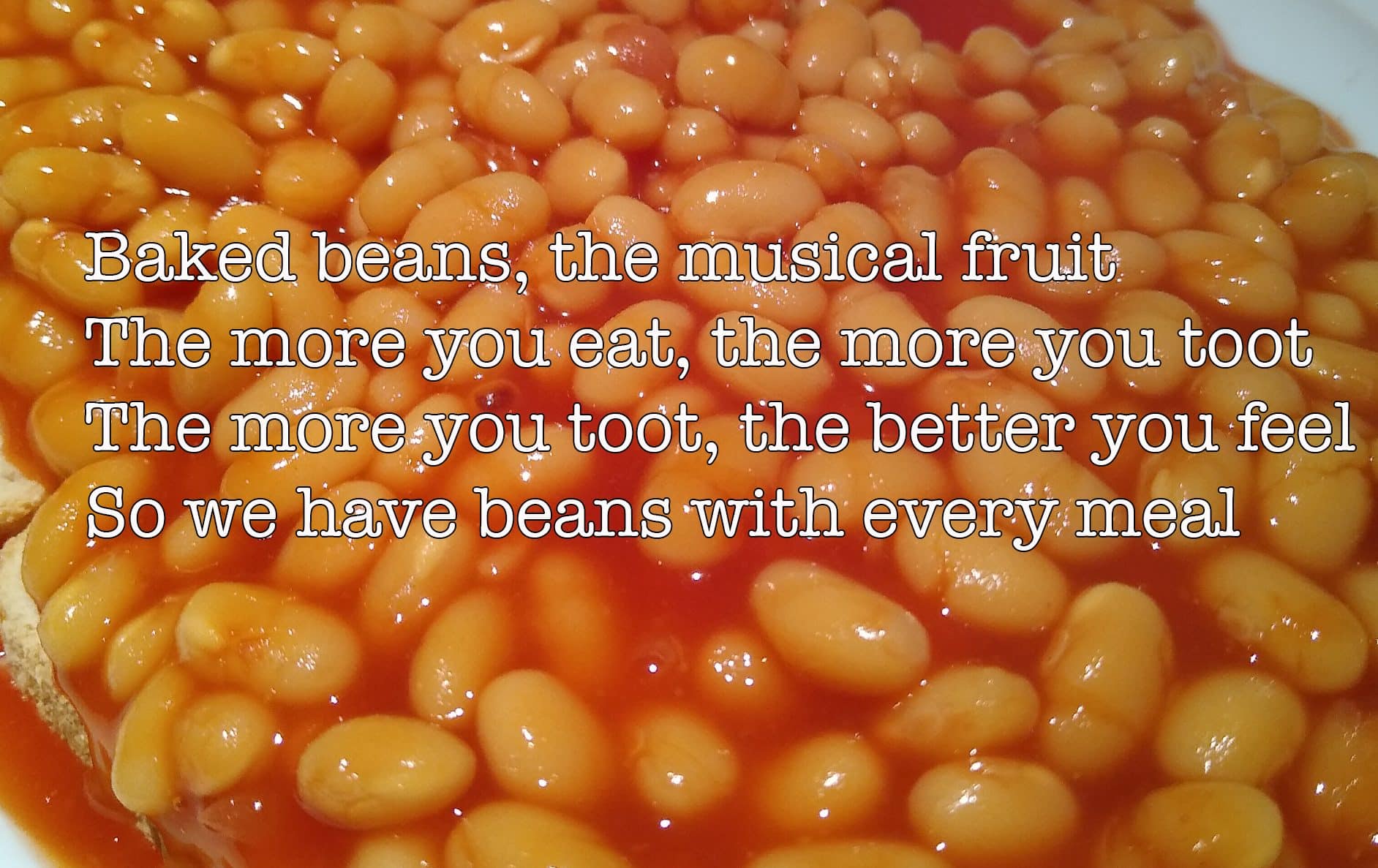 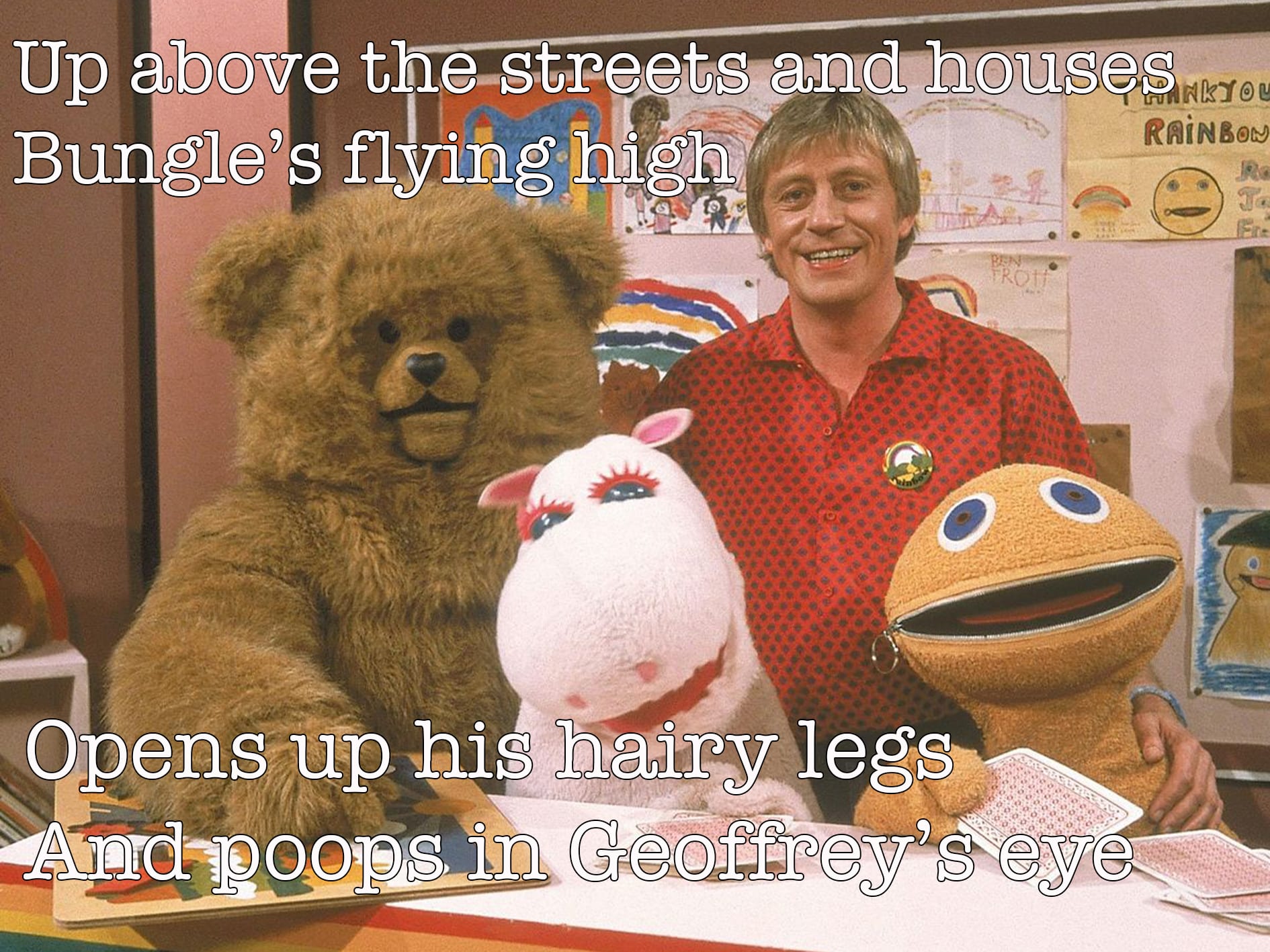 Up above the streets and houses, Bungle’s flying high,
Opens up his hairy legs and poops in Geoffrey’s eye. 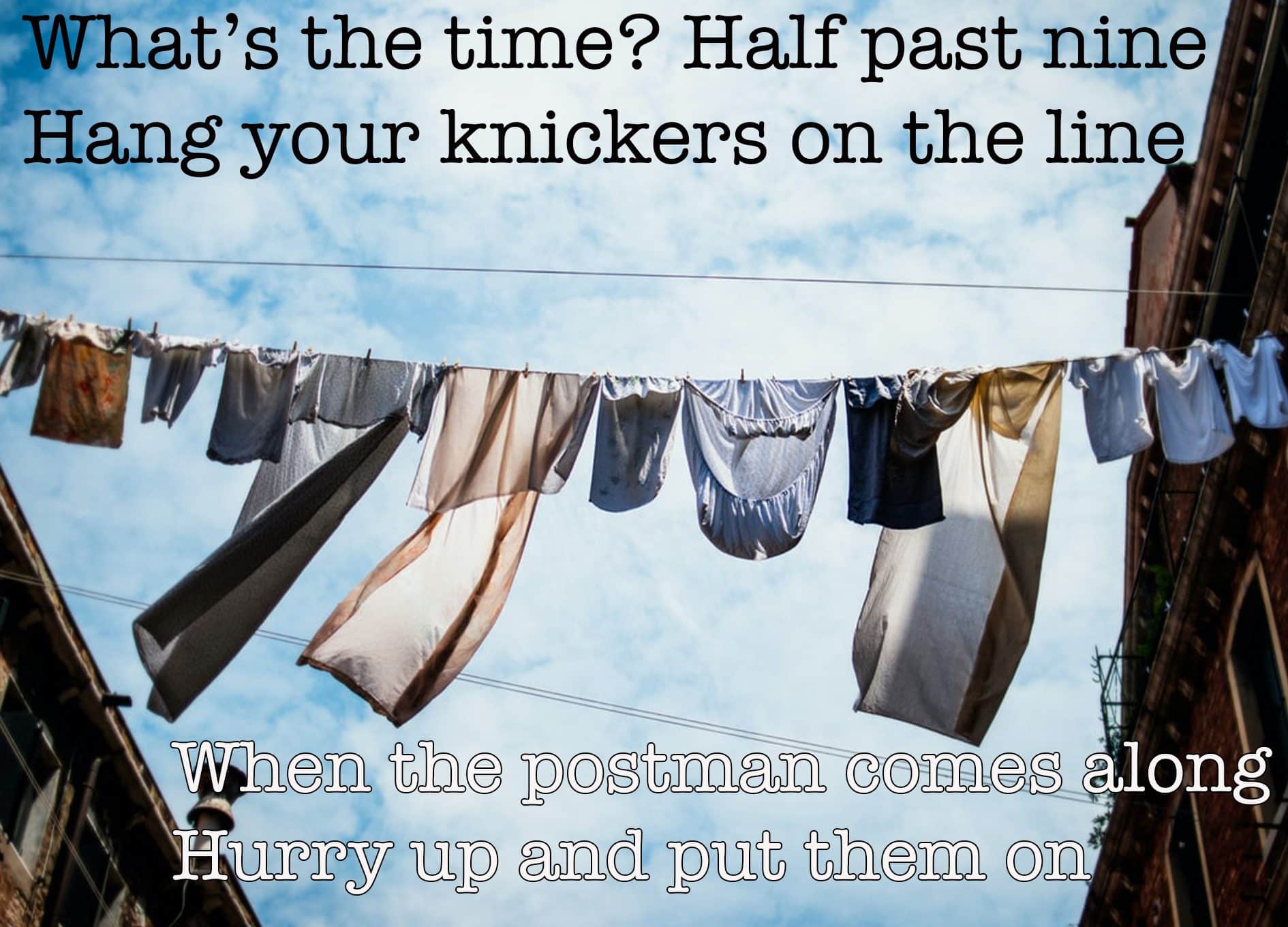 What’s the time, half past nine,
Hang your knickers on the line,
When the postman comes along,
Hurry up and put them on. 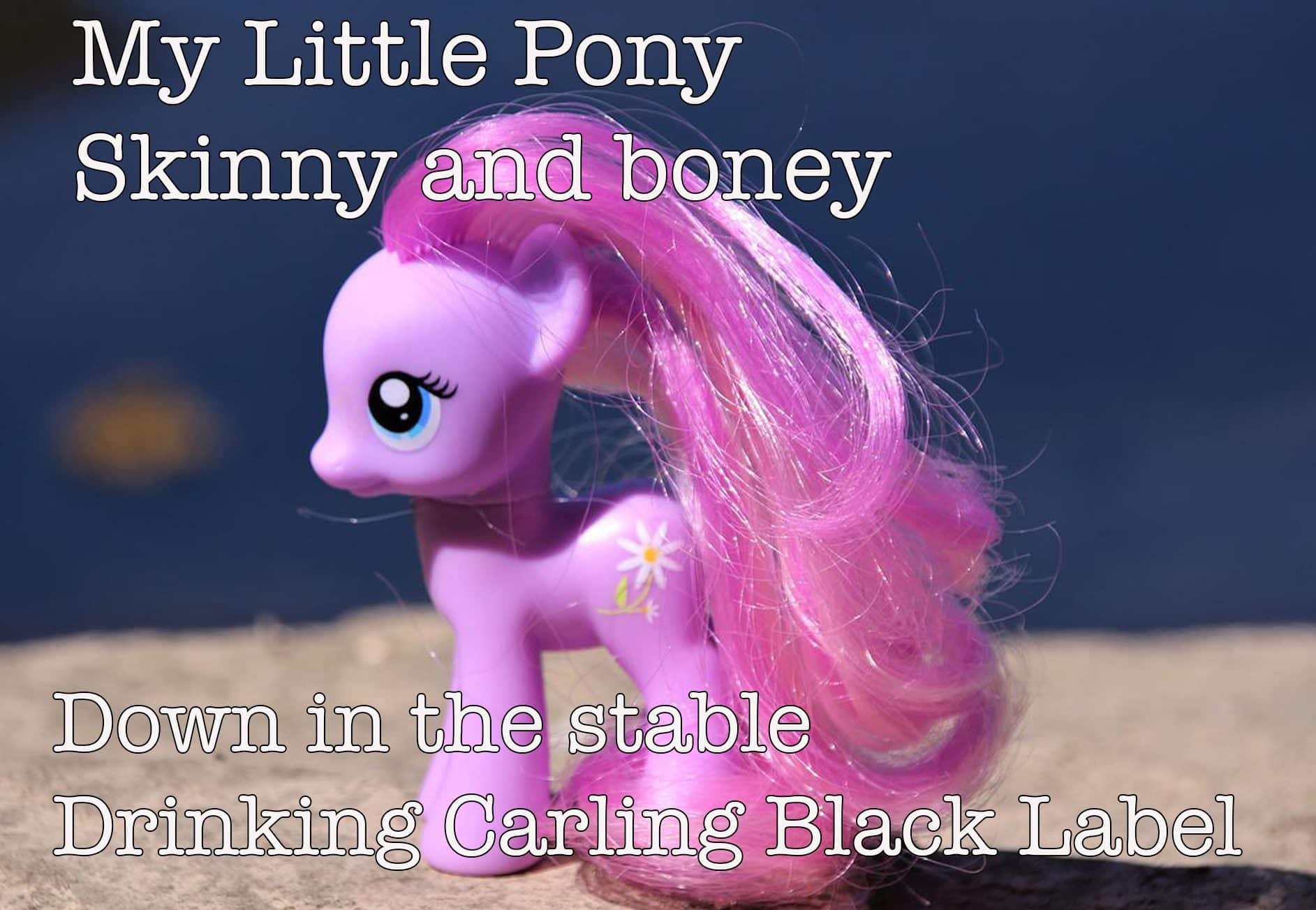 My little pony,
Skinny and boney,
Down in the stable,
Drinking Carling Black Label.