School wasn’t fun for everyone. Thankfully, as school kids there were a number of small things that helped us to endure until the bell would ring and we’d be allowed to leave. Things like lunch boxes that came adorned with our favourite cartoon character, or the small stationery items that would fill up our pencil cases.

The best of all were erasers, which came in vibrant colours and shapes – and some even smelled great too. If anything, we wanted to make mistakes, just so we could undo them! With that in mind, here are some truly nostalgic erasers that will take you back to your school days. 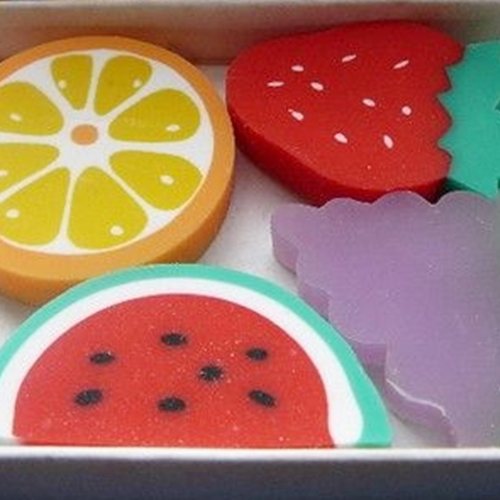 As well as scratch and sniff stickers (remember them?), there were also erasers that were designed to give us various different interesting smells.

Personally we remember erasers that smelt of Strawberries, and ones that smelt like Melons! Well, kind of… 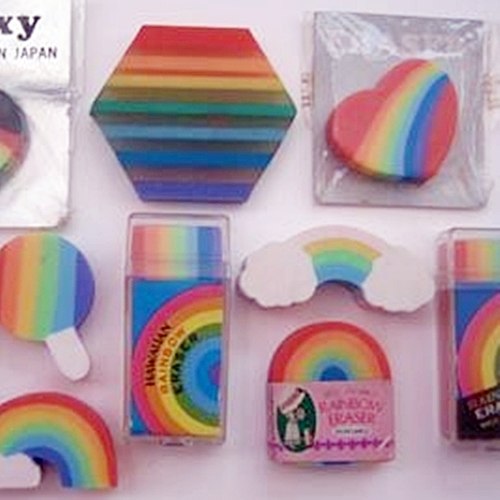 For some reason, one of the most popular eraser designs during the 1980s were the rainbow coloured ones.

Rainbow erasers came in all different shapes and sizes (including a working clothes peg!) and we bet that many of you owned one! 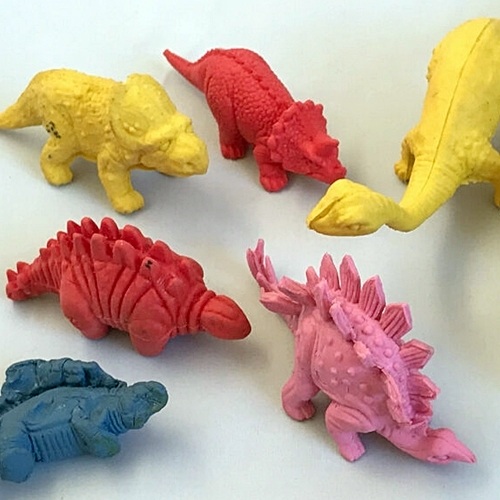 One of the most popular creatures for any child are of course dinosaurs, so it’s no shock that there were many erasers shaped to look like our favourite extinct friends.

Tyrannosaurus Rex, Triceratops, Diplodocus… Which one did you own? 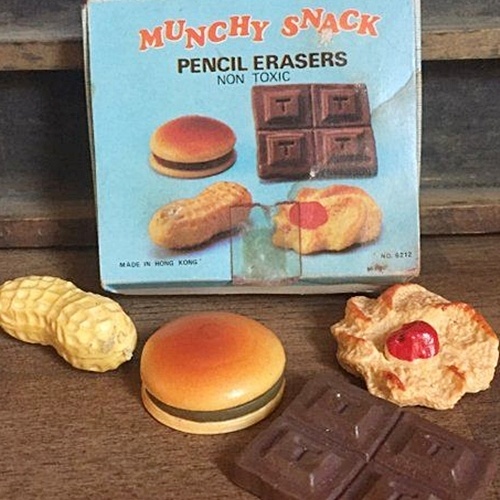 Some of our favourite types of erasers were the ones that looked like yummy foods.

Because, whilst we were of course not allowed to eat anything during our lessons, salivating over an eraser that looked like an ice cream at least kept us going until lunchtime!

No 1980s school pencil case was complete without the legendary red and blue eraser, so we suspect that at least 50% of you owned one!

Legend had it that the blue part could erase pen, but in reality it just ripped a hole in our piece of paper! 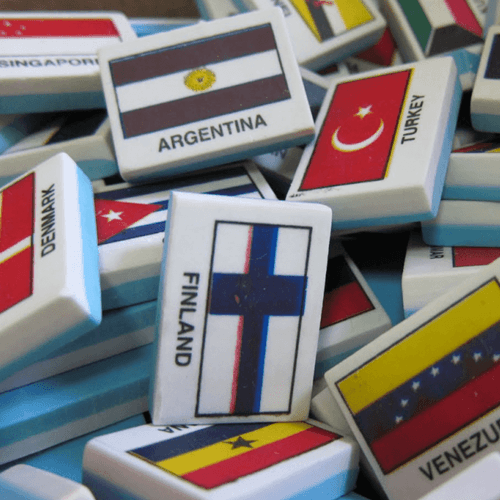 Does anyone remember owning erasers that were designed to look like the national flag of a particular country?

We remember there being a French flag eraser as well as a German flag eraser, how about you? 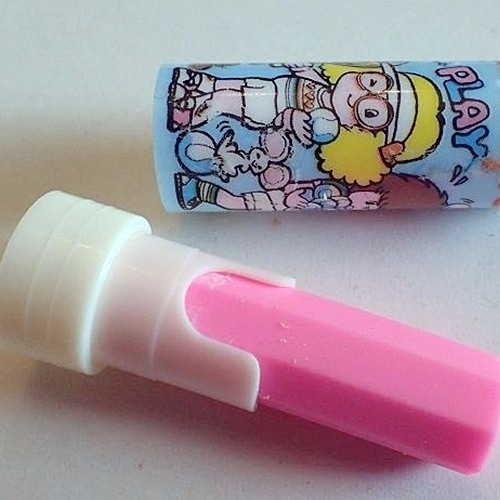 As children we liked nothing better than pretending we were adults, and believe it or not, there were even erasers that helped us in this regard!

A great example are the lipstick erasers that would confuse our teachers into thinking that we were applying makeup in the middle of a lesson! 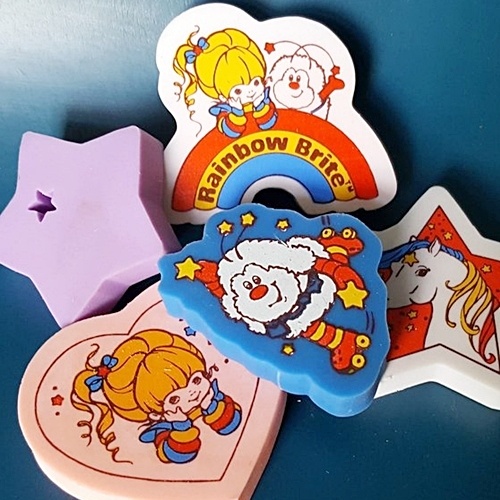 Whilst there were a number of erasers designed to look like our favourite cartoon characters, there was one in particular that we remember being extremely popular…

It was of course Rainbow Brite, maybe because she fit well with the rainbow theme of many of the already available erasers! 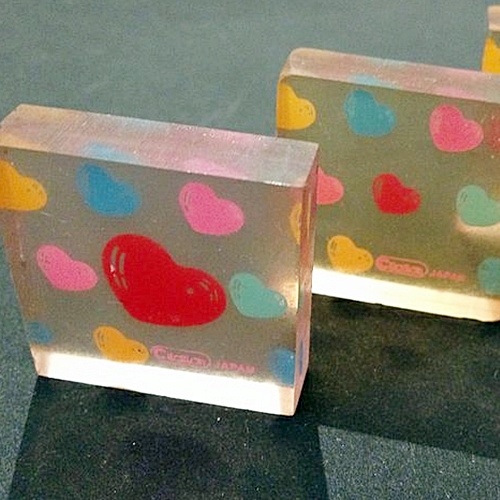 One of the greatest inventions we can remember from our childhood were the jelly erasers that you could see through.

What black magic they had to employ to make this happen we don’t know! 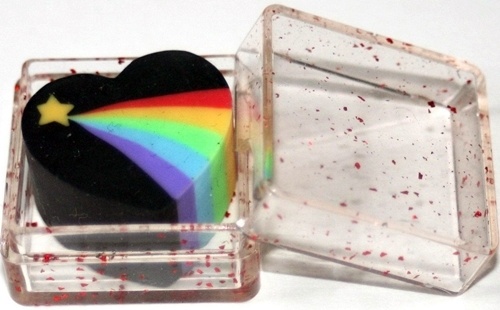 Bringing some colour into our English Literature classes, these wonderful rainbow coloured erasers were a joy!

Sadly that’s all for now. If you have enjoyed reading this post, please do spread some lovely, nostalgic, school-based memories to your fellow 80s kids by sharing it with them!