10 Of The Best Steve Martin Films Of The 80s – Which Is Your Favourite?

Steve Martin was a force to be reckoned with in the 80s, as every film he starred in turned to box office gold and he became a household name for his unique comic style and ability to steal any scene in which he appeared.

Martin has starred in films for decades, and he had some classics in the 70s and 90s, too including The Jerk and Father of the Bride, but the 80s definitely held his best movies. Let’s take a look at ten of his best. 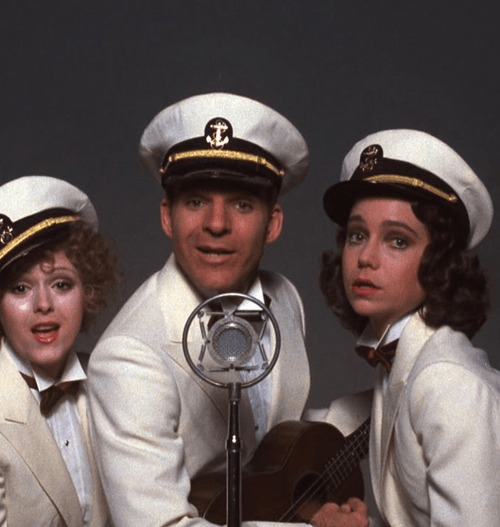 A far straighter film than many of the others that appear on this list, and proof that Martin is more than just a comedic actor when he needs to be, this is a film that many people have missed out on, but if you’re a Steve Martin fan then it’s well worth looking out for. 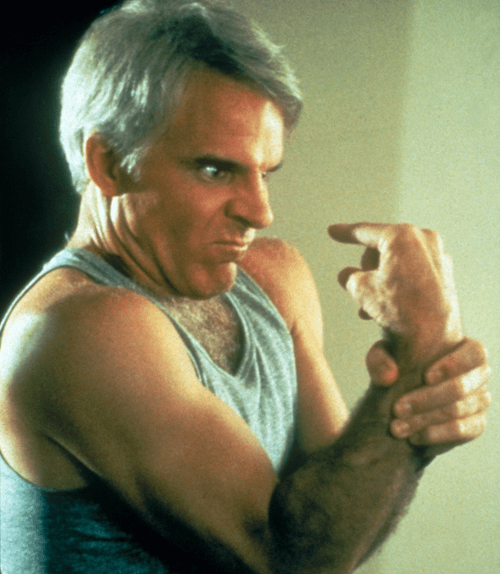 A fantasy-comedy, this sees the soul of a dead woman transferred in to Martin’s character’s body while he is still in there, leading to a real dual personality, with Martin conversing and arguing with himself and trying not to look when he pees! 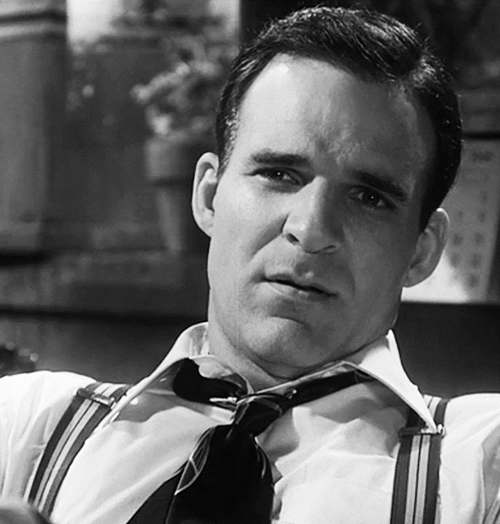 A very unusual film and quite different in style and content to the others on this list, Martin starred in a film noir-comedy, which worked far better than anyone would have expected it to. This is one genre we would love to see Martin revisit! 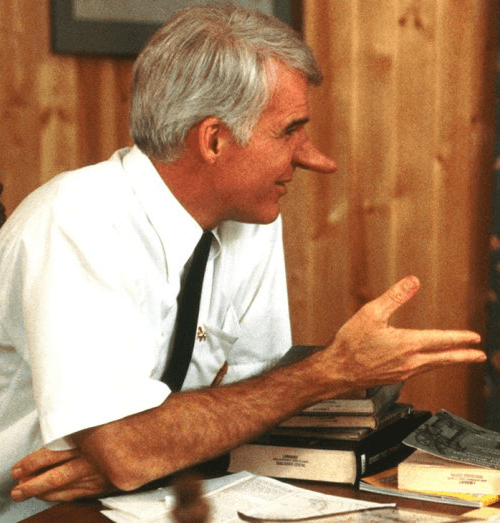 A modern day take on the Cyrano De Bergerac story, this was a good film made much better by Martin taking the starring role. It’s hard to imagine anyone else in this role now, and harder still to imagine anyone doing it any better than Martin did!

6. The Man with Two Brains 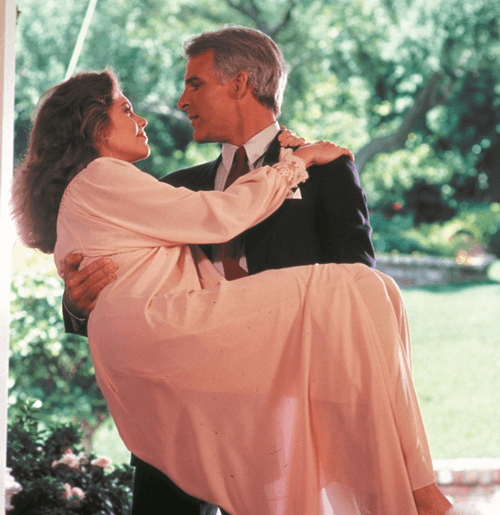 With an unpronounceable name, Martin plays the part of Dr Michael Hfuhruhurr as he experiments and falls in love with a talking brain with an equally difficult surname! This film is a little hit and miss, but thankfully far more hit than miss! 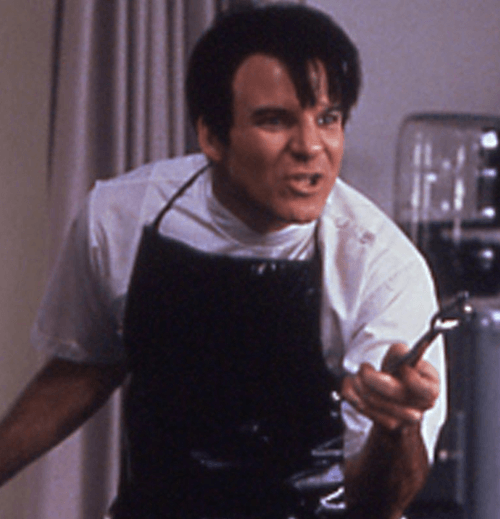 Martin has a fairly small part in this film as a sadistic dentist, but as always he steals every scene he’s in. From regularly beating his poor nurse, to the song he sings when he’s introduced to the movie, this is a very memorable performance from Martin. 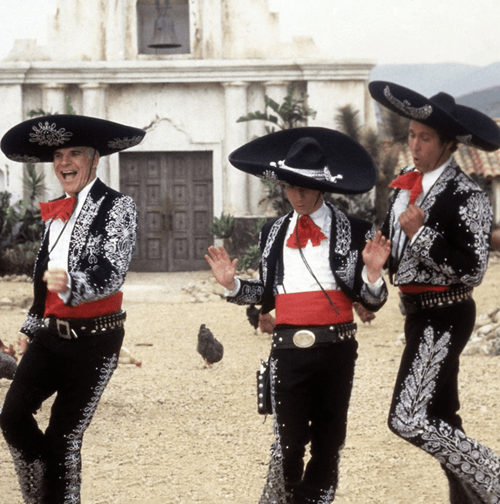 Three actors who mistakenly go to the aid of a small village in genuine distress from a violent bandit, hilarious scenes ensue, and Three Amigos isn’t afraid to throw in some very random moments like an invisible man, a singing bush and a talking tortoise to name but a few. 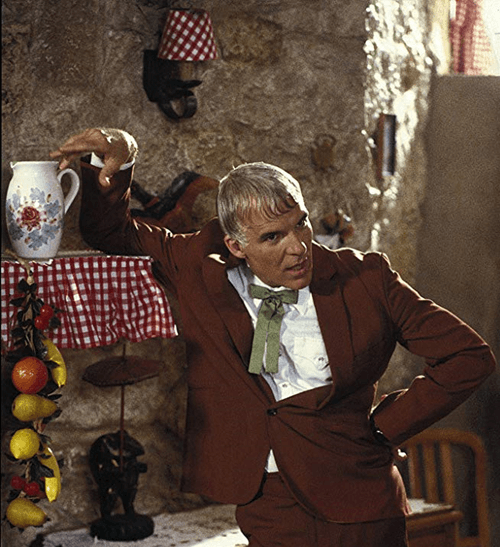 Teaming up with Michael Caine, Martin plays a con artist to hilarious effect. There are so many great lines and scenes in this film, it’s hard to pick a favourite, but Martin playing the part of Ruprecht has to be one of them! 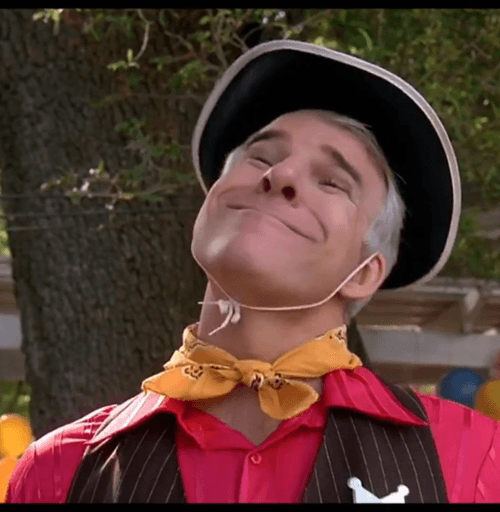 Showing several generations of a family and how they cope with various challenges, this film was very funny at times, and at others it was extremely moving. Parenthood really showed that Martin could do the straight stuff just as well as the funny. 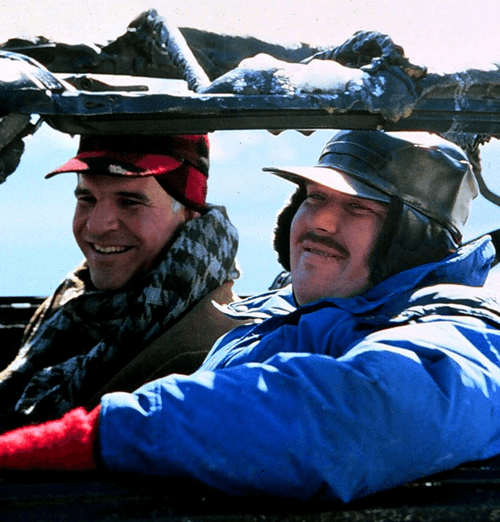 The tale of two men trying desperately to get home for Thanksgiving, this movie teamed Martin up with John Candy to fantastic effect and the two worked perfectly on screen together. Hilarious at times, and able to generate a tear or two as well, an absolute classic!