The Weakest Link was a hugely popular British TV game show in the 2000s and famously featured the acid-tongued Anne Robinson as host. Nine contestants had to answer a round of general knowledge questions within a certain time limit before voting out the ‘weakest link’ after each round was completed. The mercenary nature of the show’s format was only compounded by Anne’s scathing insults to the contestants. 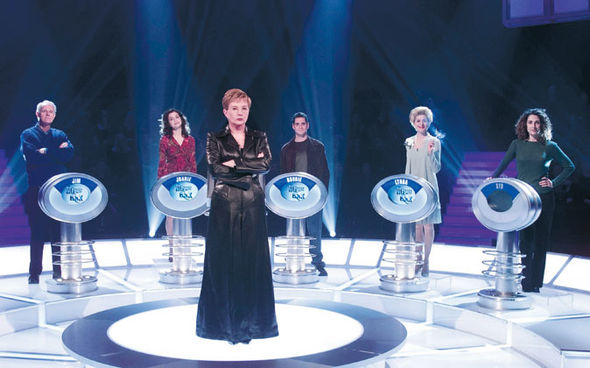 In the article below, we’ve put together 10 of Anne Robinson’s most brutal (and hilarious!) insults from The Weakest Link. From lesbian milkmaids to ex-Wimbledon champions, there’s plenty of tension in some of these exchanges! Needless to say, The Weakest Link would not be aired today…but back in the days before Twitter, it seems as though Anne Robinson could get away with saying just about anything on television.

Anne swivels round to poor old Marilyn, who says that she’s a beauty therapist. Anne instantly replies: “So you haven’t had any time to work on yourself then?”

Savage. But that’s not where the fun ends…Anne basically calls Marilyn “lumpy and ugly” before suggesting that she doesn’t have much of a personality either.

Why did this ever get taken off the air?!

9. Terry from the North East

‘Excitable’ Terry from the North East comes in for a bit of stick from Anne, who suggests that he’s probably gay and into “nice French men” rather than women.

Anne meets her match when it comes to Sean, a portly red-haired gentleman who is having none of Anne’s “banter” regarding his romantic life.

In the clip above, Johnny Vegas is forced to explain to Anne what his home town of St. Helens is famous for…

In a particularly non-PC clip from The Weakest Link, Sarah the milk maid comes under fire for her ‘lesbian’ get up and is even forced to show her muscles off to Anne.

Needless to say Anne would be getting the Twitter mob treatment in today’s society!

Boris Becker normally does a good job of commentating for the BBC. But Anne seems to have a problem with the way he says ‘Wimbledon’..

..and the reaction is priceless!

Poor old Eddie Large hasn’t quite managed to live up to the success he experienced in the 70s and 80s – and Anne makes sure that he knows it.

Large ends up confessing on air that his ‘future is behind him’. Everyone in the audience feels sorry for Eddie, but the Weakest Link host is having none of it.

Brian Moore asks Anne Robinson if she fancies a ‘hand job’ and the rest is pure television gold.

In a particularly bizarre sequence, Anne can’t seem to take her eyes off Olly, the wine expert from Richard and Judy. After some witty exchanges, Olly manages to make television history by successfully receiving an invitation to feel Anne’s breasts from the Weakest Link host herself.

Anne starts off the conversation by asking Howard “Are you more interesting than you look?”

It seems as though poor Howard is about to come in for a classic Robinson grilling but he turns out to be more than a match for Anne!