10 Mistakes In Friends That You Never Noticed

Friends is the biggest sitcom of the 90s, in fact, it was actually voted the best sitcom of all time not that long ago.

We weren’t that surprised they won that vote either 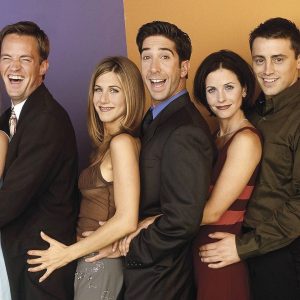 Most of us still admit to being a Friends addict (I certainly am), and its ones of them shows that you can just put on and quickly watch, whether it’s a rainy day or you just have nothing to do.

What’s funnier than to watch Joey make a fool out of himself! 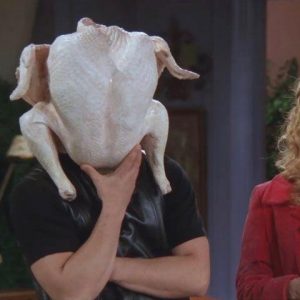 Over the 10 seasons there have been many many little mistakes that were made, and some quite big mistakes.

But some of these scenes just make it more funny 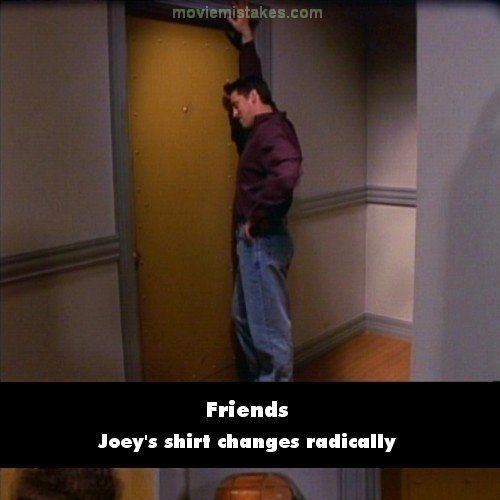 Here are 10 of the biggest mistakes made throughout friends.

To begin with Monica’s apartment number was five, and actually Chandler and Joey’s apartment was number four.

It’s bizarre how quickly you can move apartments and they can look exactly the same! 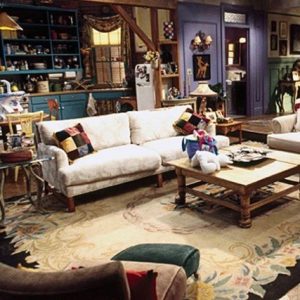 However, the producers realised that four and five were normally lower floor apartments, making it not fit with Monica and Joey’s apartments, because they’re on higher levels.

You can safely say they’ve gone up in the world 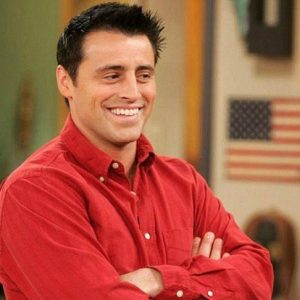 Therefore they changed them to 19 and 20.

Lets hope they realised their doors changed numbers too 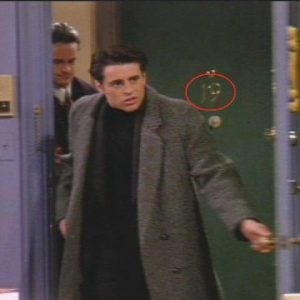 Over the duration of three seasons (number three, four and five) Ross continuously says that he is 29 years old, which means he hasn’t aged, right?

Maybe it was the fake tan that stopped him ageing 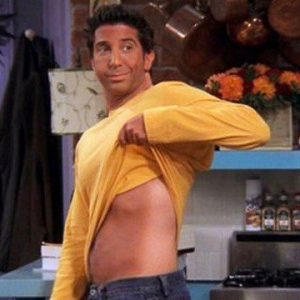 He has also contradicted himself over his day of birth MANY times, for instance in one episode he says that his birthday is in December, when really his birthday is the 18th of October.

You’ve certainly confused yourself and all of us Ross 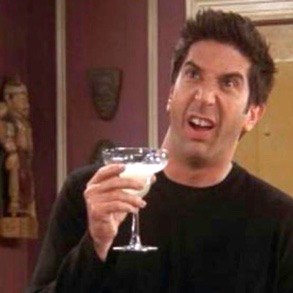 Maybe Ross studying dinosaurs so much has taken its toll, and he’s forgotten how old he is!

Don’t worry Ross we will remember your birthday for you 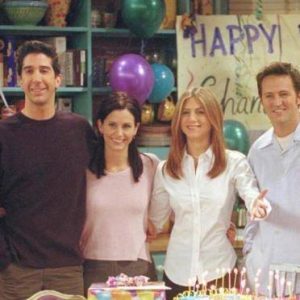 8. Rachel doesn’t know how to spell her surname

This is something everyone will surely know how to spell, but not Rachel Green or Greene?

We’re also as confused as you Rachel 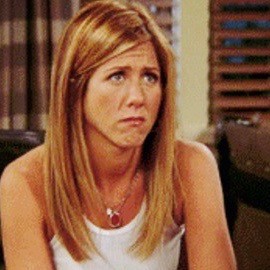 The producers of the show have said that it is spelt G-R-E-E-N.

Pictured: Rachel and Monica debating how to spell her surname 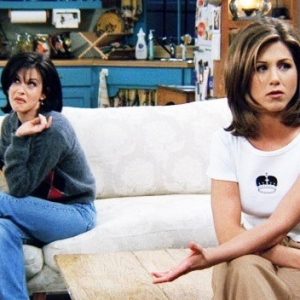 However, on the door to her office at Ralph Lauren and on her invite to Ross and Emily’s wedding it is spelt G-R-E-E-N-E. So how is it really spelt? Lets hope Rachel actually knows. 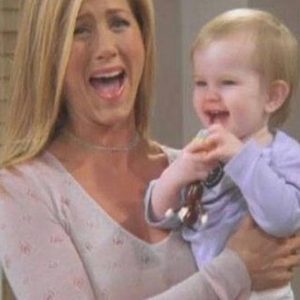 7. Rachel and Monica get replaced

This is something you will only notice if you pay a lot of extra attention to the episodes; in fact this mistake actually took 10 years to spot.

No one could have easily spotted this on their own 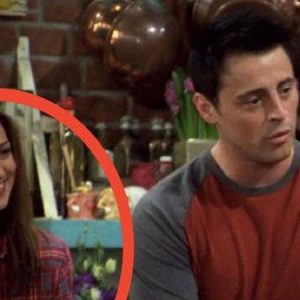 In season nine, episode 15: ‘The one with the mugging’, Rachel is standing in Monica’s apartment with Joey, and then the angle changes and it’s not Rachel standing next to Joey anymore.

At least Rachel’s swap looked a bit like her, unlike Monica’s… 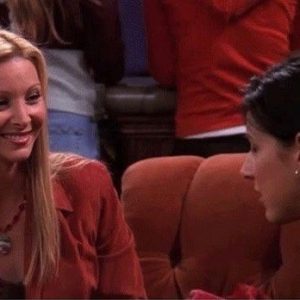 The producers also swapped Monica in one of the episodes as well. Monica and Phoebe seem to be having a chat in Central Perk, but the camera angle soon changes and it is no longer Monica that is sitting next to Phoebe, in fact it is some random woman who doesn’t look like Monica at all.

6. The one where the studio lights are visible

This is something you’d expect the editor of the show would realise when looking back over the footage. But alas, they didn’t.

No one ever did like that hair style, Monica 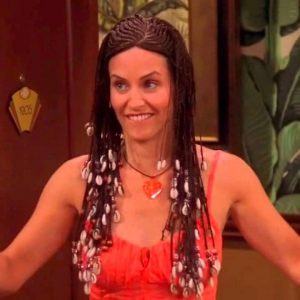 But during the episode: ‘The One In Barbados Part 2’ Monica walks into the room with her newly braided hair, and you can see some of the studio equipment just above them.

Although, it’s got to be better than her humid hair 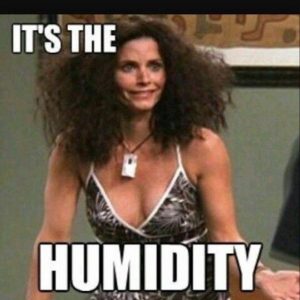 It’s also been making an appearance in other episodes as well, for instance in ‘The One With Ross’s Teeth’ a camera can be seen on the right hand side of the screen, just as Janine walks into Joey’s kitchen. 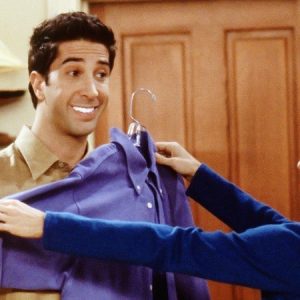 5. The one where the cups change from shot to shot

This is quite a simple mistake that most movies or series make, but maybe not with the scenes back to back. 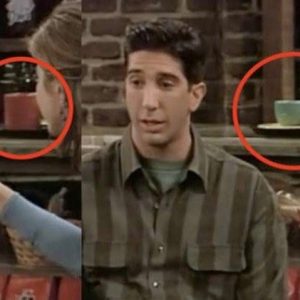 So Ross is sitting in Central Perk while he is talking to Rachel, and in one scene he has a tall red cup just behind him on the counter, and within a flash of a second the cup changes its complete shape and colour to a rounded green cup.

Maybe it wasn’t Rachel who was on that shift 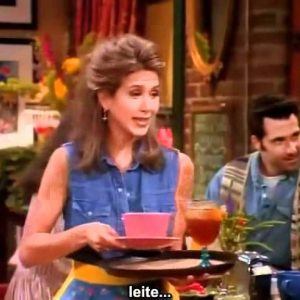 Who knew the service was so quick in there!

We all know Ben is Ross and Carol’s beloved son (Carol fell pregnant before she became a lesbian and ended things with Ross).

This was definitely a very awkward situation 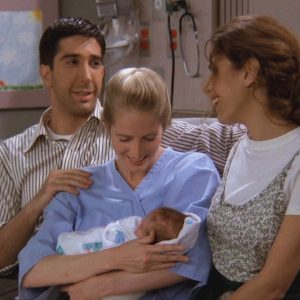 We saw him grow up throughout most of the seasons; however, he slowly started to make less and less appearances.

Maybe Carol and Susan moved away? It’s just a guess 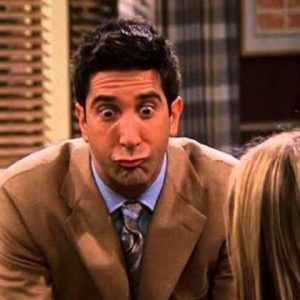 In fact we noticed that this is as soon as Ross and Rachel’s daughter, Emma, comes along Ben completely disappeared from the show, and it was like he never existed.

But don’t worry Ben everyone forgot about you 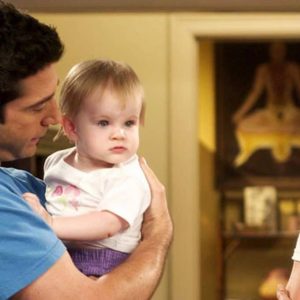 If you have watched Friends a lot you will more than certainly know who Joey’s agent Estelle is, and she’s not a character you can easily forget. 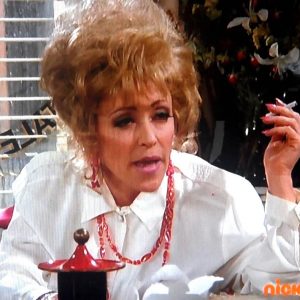 However, it seems that she has had more than one career throughout her time in Friends, as when Carol was giving birth to Ben she actually happened to be the midwife!

We can certainly say that she’s become a new woman 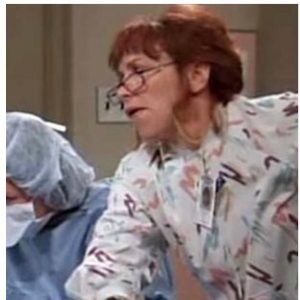 We know how long Chandler and Monica had been planning to have a baby for, and two certainly came along at once with them.

This was one of the happiest moments on Friends 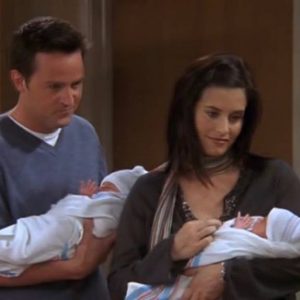 However, when they see the first ultrasound of their baby they never seem to mention its twins!

But this meant the show was coming to an end 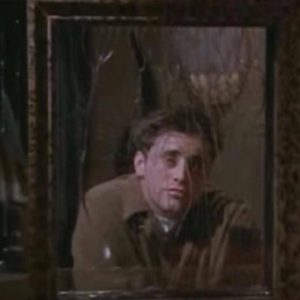 1. Ross forgets about his allergies

Ross doesn’t just forget about his age and his birthday, but he also completely forgets his allergies as well, and this is a fairly crucial thing to remember.

That was a bit of a lie wasn’t it Ross? 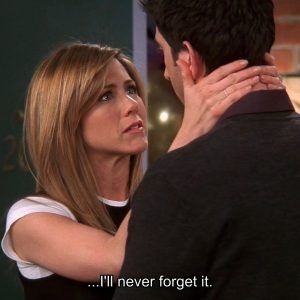 Long-time viewers of the show will know that Ross is allergic to shellfish, something that’s revealed in the season two episode The One With the Baby on the Bus.

Nothing ever seemed to stop Ross 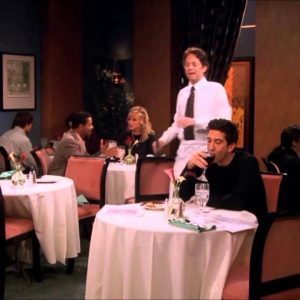 In season nine he seems to be tucking into a hell of a lot of crab cakes after he gets stood up on a date.