15 Massive Actors You Forgot Were In Band Of Brothers

When Steven Spielberg’s epic HBO miniseries Band of Brothers first hit our screens 20 years ago, apart from a supporting role filled by David ‘Ross Geller‘ Schwimmer, the WWII series’ cast was comprised almost entirely of unknowns and promising young actors just starting out their careers. Now, two decades later, we can see what a truly stellar cast Band of Brothers actually had. Here are 15 actors you forgot – or never even knew – were in Band of Brothers, and where they are now. 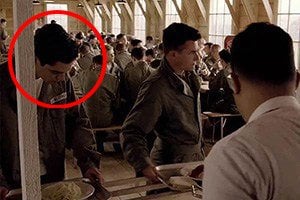 In the photo above, on the left you might just be able to make out a young Dominic Cooper, Marvel man and now star of AMC’s Preacher and the Mamma Mia! movies.

Cooper played Allington in the first episode of Band of Brothers, an apparently intense filming experience the actor has since said almost convinced him to quit the industry.

Before he won Hollywood fame, a 22-year-old James McAvoy appeared in Band of Brothers as new Easy Company recruit Private James Miller. Featuring only in episode four of the show, Replacements, Miller is killed by a grenade in Nuenen during Operation Market Garden.

Like James McAvoy, Tom Hardy only appears in a single episode of Band of Brothers before his character (Private Janovec) buys the farm. Hardy made his debut – and exit – in episode 9, Why We Fight, making his entrance butt naked as Janovec is discovered in a secret tryst with a German woman.

After only a handful of scenes, Hardy then disappears from the series after Janovec is killed off-screen in a car accident. The then-24-year-old actor probably didn’t mind so much, though, when Band of Brothers constituted his first TV gig ever.

Today, Hardy is a superstar, a muse to Christopher Nolan and the man behind Mad Max, Bane and Spider-Man nemesis Venom. He still dabbles in television – having recently turned in a supporting role in Peaky Blinders, Hardy also produced and starred in the TV drama Taboo.

Then aged just 24, Michael Fassbender won his second ever acting gig in Band of Brothers. As machine gunner Burton ‘Pat’ Christenson, Fassbender would appear in seven episodes: Currahee, Crossroads, Bastogne, The Breaking Point, The Last Patrol, Why We Fight and Points.

Based on the real-life war hero who fought at Normandy and the Battle of the Bulge, Fassbender’s Christenson joins Easy Company as an inexperienced young soldier (he’s the one punished by Lieutenant Sobel for sneaking a sip of canteen water). Christenson survived the war to witness the horrors of a concentration camp.

Along with James McAvoy, Fassbender was one of the leads of the recent X-Men franchise, but he’s also acclaimed for his searing dramatic work in 12 Years A Slave and Steve Jobs, both of which saw him nominated for Oscars.

Although cult Channel 4 sitcom Spaced was airing at the time of Band of Brothers’ original 2001 run, Simon Pegg was yet to be anywhere near the star he is today.

At 31, Pegg adopted an American accent to play Sgt Evans, the lackey of David Schwimmer’s despotic Lt Sobel, for two episodes. Today, Pegg is known for three different blockbuster franchises: Edgar Wright’s Cornetto Trilogy, Mission: Impossible and Star Trek, on the latter of which he’s acted as both actor and writer.

Jimmy Fallon cameos in episode five of Band of Brothers, Crossroads, as Lt George Rice, who drives a jeep loaded with ammunition to resupply Easy Company as they arrive in Bastogne. Fallon appears towards the end of the episode.

Fallon was a rising star on Saturday Night Live when he was chosen to play Rice. Now 46, Fallon hosts the Tonight Show – and it was on the show in 2018 that he recalled his experiences on the Band of Brothers set.

“That episode was directed by Tom Hanks, and I was so nervous,” Fallon remembered to guest Julianna Margulies. “I had to just drive a jeep and say my line, ‘Good luck, boys.’”

He struggled to get this authentic WWII vehicle in motion, noting: “There’s like 200 extras. So I drive, I hit my spot. I go, ‘Good luck, boys!’, and I forget to press the clutch, and these two dudes are pushing the car, and the wheels aren’t moving because the clutch isn’t in.”

Having started his TV career in Hornblower in 1998, Jamie Bamber was still a fresh-faced newcomer back in 2001. That was the year Bamber took the role of Lt Foley in three episodes of Band of Brothers.

HBO’s WWII miniseries gave Bamber a vital career boost: following the show, the actor bagged one of the leads in the Battlestar Galactica reboot from 2003 to 2009. He can now be seen in ITV’s Marcella.

As greenhorn paratrooper Pvt ‘Cowboy’ Hall, 25-year-old Andrew Scott took the route of so many of the famous actors on this list. Scott made a single-episode appearance in Band of Brothers, before disappearing from the story altogether.

Ten years later, Scott was playing the villain on global BBC phenomenon Sherlock. Now, seven years down the line from that, Scott is popping up everywhere as a major supporting star, from the last James Bond film to the BBC’s recent King Lear adaptation to the second season of Fleabag.

Already known to Guy Ritchie fans for taking second fiddle to Jason Statham in Snatch, Stephen Graham in 2001 upgraded to working with arguably the biggest director ever.

Graham appears in the first two episodes of Band of Brothers as Myron Ranney, part of the doomed mutiny against Lt Sobel and the battle at Brécourt Manor. Graham vanishes from the show after Day of Days, though in reality Ranney survived the war to become a journalist and organiser of Easy Company reunions. He died in 1988 of a heart attack.

Today, Graham’s a star of the crime genre and British indie cinema: he was Al Capone through five seasons of Boardwalk Empire and has most famously played This Is England’s reformed neo-Nazi, Combo, since 2007. Nowadays, Line of Duty and the TV drama Time have thrown Graham back into the spotlight, and he recently played Detective Mulligan in 2021’s Venom: Let There Be Carnage. 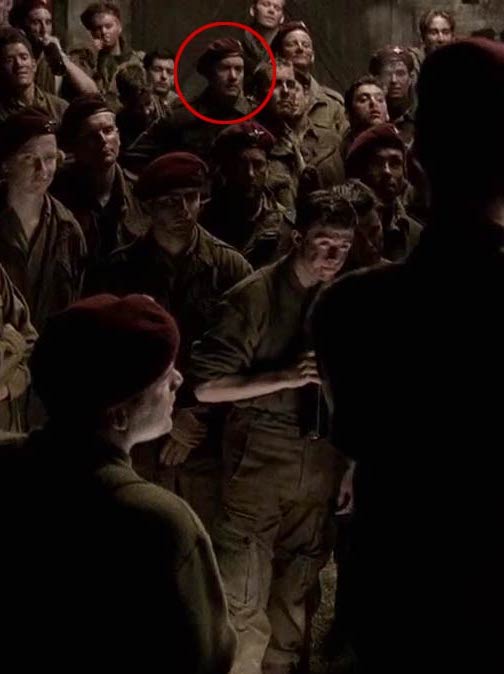 As well as acting as an executive producer on Band of Brothers and directing episode five, Crossroads, Tom Hanks also cameos in Crossroads as an unnamed British officer. He’s one of the Red Devils seen toasting Easy Company after the Operation Pegasus rescue mission.

Already a critically acclaimed star before Band of Brothers, Hanks has since been lauded for his performances in the likes of Captain Phillips, Bridge of Spies and The Post.

British actor Joseph May already had several credits to his name when he appeared in The Breaking Point, the seventh episode of Band of Brothers, as Lt Edward Shames. He would follow this with roles in the 2002 movie Resident Evil and TV’s Stargate: Atlantis.

May’s face might not be that familiar, but his voice is – especially to young kids. May has worked prolifically as a voice actor in cartoons and video games, but most notably he has provided the voice of Thomas the Tank Engine in beloved children’s series Thomas & Friends (and its spin-off films) since 2015.

Dexter Fletcher had already enjoyed a long and successful acting career, dating back to his first appearance in 1976’s Bugsy Malone, before he appeared in nine episodes of Band of Brothers as Sgt John W Martin.

In recent years, Fletcher has left acting behind to make a move into directing some of the most critically and commercially successful biopics of recent years. Eddie the Eagle and Rocketman were his, while $900 million hit Bohemian Rhapsody was also co-directed by Fletcher.

Harry Peacock made an appearance in the Band of Brothers episode Curahee as the Brit posing as a German soldier. The British actor had already been in the business for a decade at that point, with numerous small TV roles to his name.

These days, Peacock is best known for his cult role on sitcom Toast of London and its spin-off Toast of Tinseltown, in which he portrays Ray Purchase, arch-rival of Matt Berry’s lead character Steven Gonville Toast.

British actor Luke Roberts got one of his first screen credits in the Band of Brothers episode Crossroads, in which he portrayed Herbert J Suerth. This proved to be the start of a varied and prolific career for Roberts.

He went on to appear in such major TV dramas as Game of Thrones and Black Sails, as well as a long-standing role on soap opera Holby City. Recently he also had the small but vital role of Thomas Wayne in The Batman.

Rick Warden had already been a jobbing actor for several years when he was cast as Lt Harry Welsh in Band of Brothers. In the years since he’s continued to work steadily in supporting roles on film and television.

Warden recently appeared on the big screen in Death on the Nile, and his TV credits include Casualty, Happy Valley and Trigger Point.