Nowadays, the world is a different place. Back in the 80s and 90s, whether because of different sensibilities or a completely different historical context, there were some pretty weird TV episodes.

How many of these strange moments do you remember – whether it be anti-drug messaging, offbeat depictions of suicide, and when Tom and Jerry got super depressing? 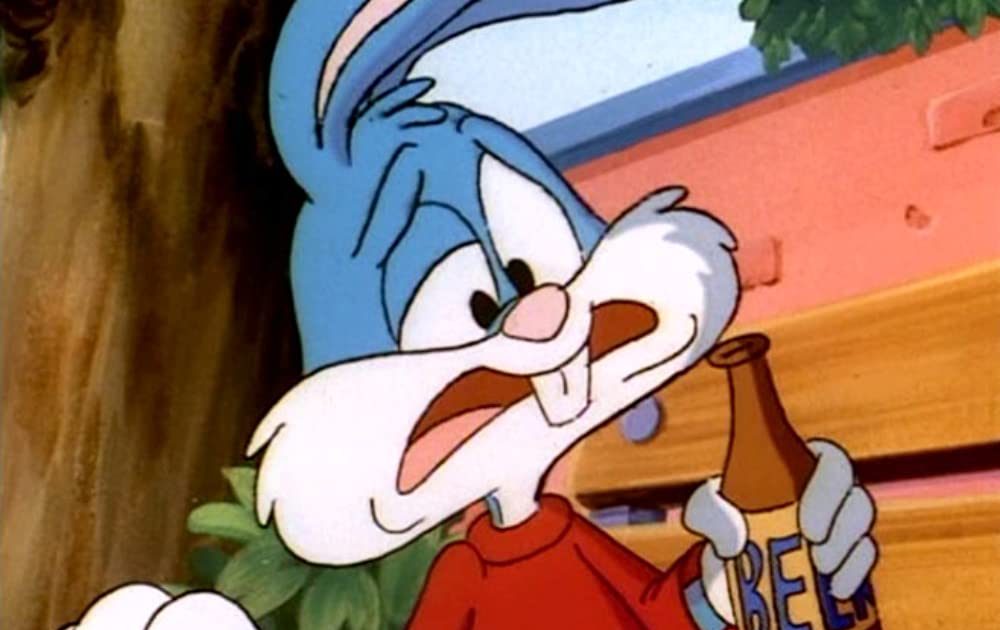 Tiny Toon Adventures was just like the classic Looney Toons series, but just way more adorable. It features younger incarnations of all the classic characters, including Buster and Babs Bunny, Plucky Duck, and Hamton J. Pig. Most of the episodes see the characters get into mischief, but it’s nothing their own common sense won’t solve. With that said, the episode One Beer is a famous exception. In One Beer, the three main characters all decide to sneak a beer from the fridge, and immediately get up to some not so kid friendly antics. They get drunk and explore the city at night, eventually stealing a police car and driving it recklessly to the top of the nearest mountain. The episode ends with the car flying off the cliff and crashing brutally into the ground, killing the adorable cartoon animals instantly. Not only that, but their spirits then float out of the car and up to heaven.

They do close the show by taking off their angel costumes and asking if they thought the audience watching got the message of their skit. However, this reveal that they were still alive wasn’t enough to comfort the traumatised children or stop the complaints, and the episode became the first ever Tiny Toon Adventures episode to be completely banned.

7. The end of the Dinosaurs 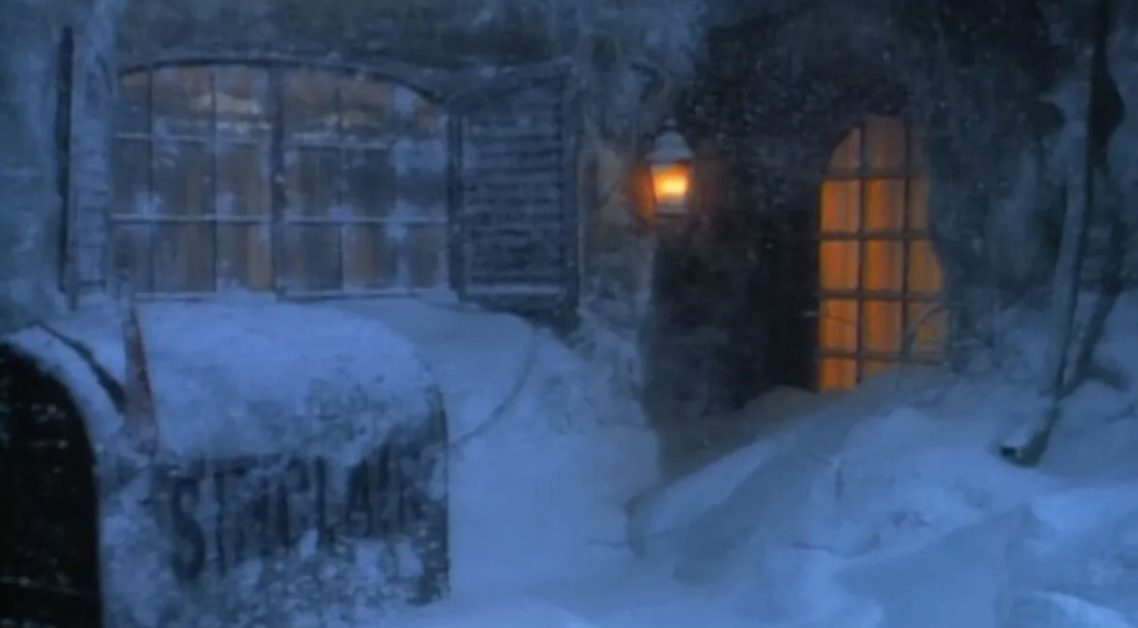 The Dinosaurs was a beloved family sitcom that ran from 1991 to 1994 on ABC. Despite it’s wholesome sounding premise, it was actually pretty controversial and satirical, and was never afraid to tackle difficult subjects head on. For example, certain episodes centred on everything from TV dumbing down the youth, to LGBT representation and racism, to the dangers of blindly following religion. There was even a whole episode featuring exploitative televangelists.

With that said, for as controversial as these episodes were, nothing came close to the last episode of the series. The father dinosaur recklessly kills all plant life on Earth thanks to a plan to avoid a PR nightmare at his company, and attempts to bring rain back to the town by bombing volcanoes and causing them to release clouds. Rather than saving them, this decision plunges the dinosaur’s home into an ice age, and the group sit huddled in mittens and coats as the snow starts to fall outside, sadly saying that it “might all be alright in the end”. 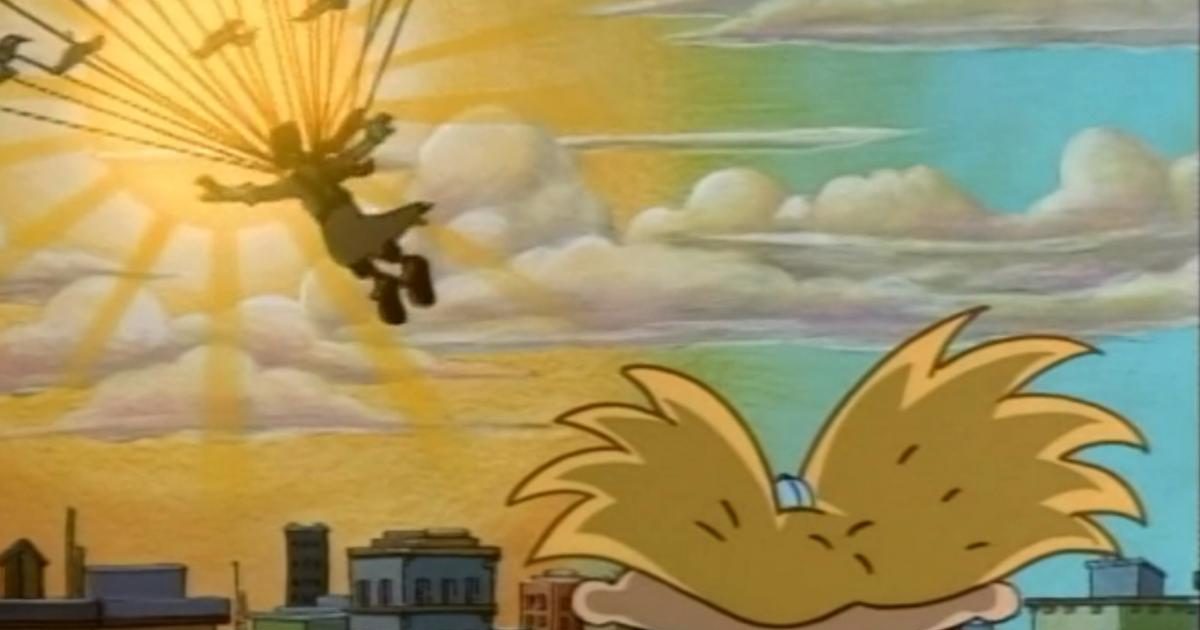 Hey Arnold was another family show unafraid to deal with real issues, but it did so in a gentle and happy way that helped even young children to understand the problems they were discussing. This was a great strategy, but when it came to discussing a problem darker and more controversial than any of the others, it led to some imagery that scared kids for years afterwards.

In the episode, Arnold’s pet pigeon gets sick, and he has to visit the fearsome pigeon man – a homeless man living on the roof of an apartment building with his birds. The two talk, and the pigeon man reveals he was forced to leave his friends due to their bullying over his choice of pets. Eventually the two become friends but, while they’re sharing a pizza, Arnold’s friends sneak into the pigeon man’s home and destroy his few belongings. In response, the pigeon man ties himself to his pigeons and flies off the roof, in a clear representation of what could only be suicide. Yikes. 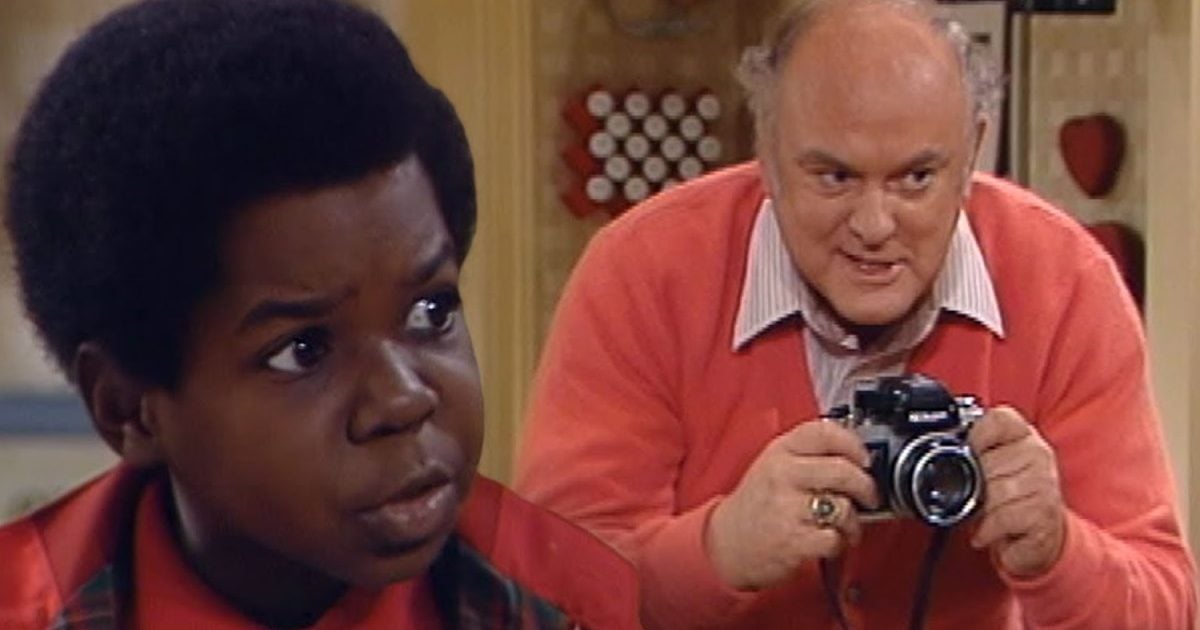 Diff’rent Strokes was a sitcom that ran throughout the seventies and eighties, and it became famous for tackling super modern and controversial issues. For example, several episodes featured references to racism, as well as the dangers of hitchhiking, the possibility of kidnapping, and the horrible consequences of illegal drugs. These episodes were important in helping families to discuss difficult issues, but the episode The Bicycle Man went further than any other in pushing home the point.

In the episode, the two main characters become friends with a kindly shopkeeper, who gives them banana splits and cake. Eventually he invites them back to his apartment in the shop, giving them wine as well as dirty magazines, and making them watch dirty cartoons. The two boys are eventually rescued, but the show completely ignores that they’ve already been pretty seriously assaulted. Not only that, but throughout this scene the laugh track is still playing, making the whole thing seem even more horrifying. 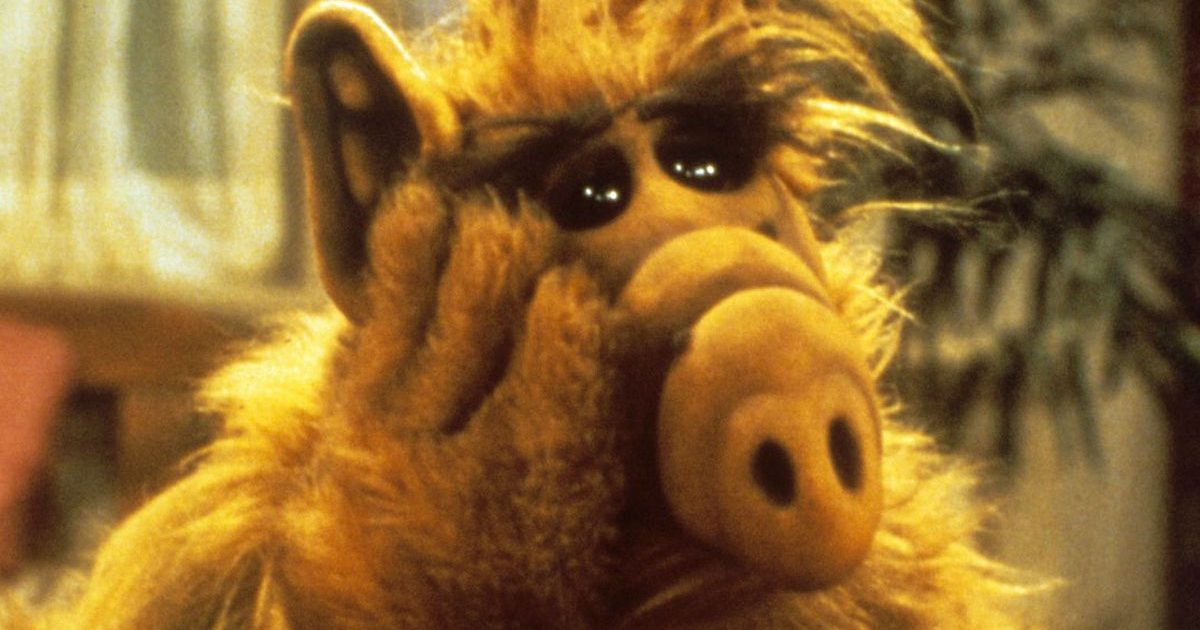 ALF was a wholesome family show that ran for half a decade in the eighties, and centred around a sarcastic but kind-hearted alien that had crash landed in a middle class neighbourhood. He is adopted by a kind family that hide him from the American alien task force, and keep him a secret from their nosy neighbours. The whole show is incredibly warm and sweet, that is… aside from the end.

The show actually ends with ALF receiving a message from members of his own species, who have finally found him and are waiting in orbit to take him home. ALF is sad to leave but overjoyed to be among his own kind again, and says a tearful goodbye to his family. The scene is almost as sad as the notorious ending of E.T, but it ends on a much more sour note, with the alien task force surrounding ALF on a hill and waiting to arrest and experiment on him. That’s right, they ended this comedy show on a cliffhanger that implied the main character was about to die… at the hands of the government. 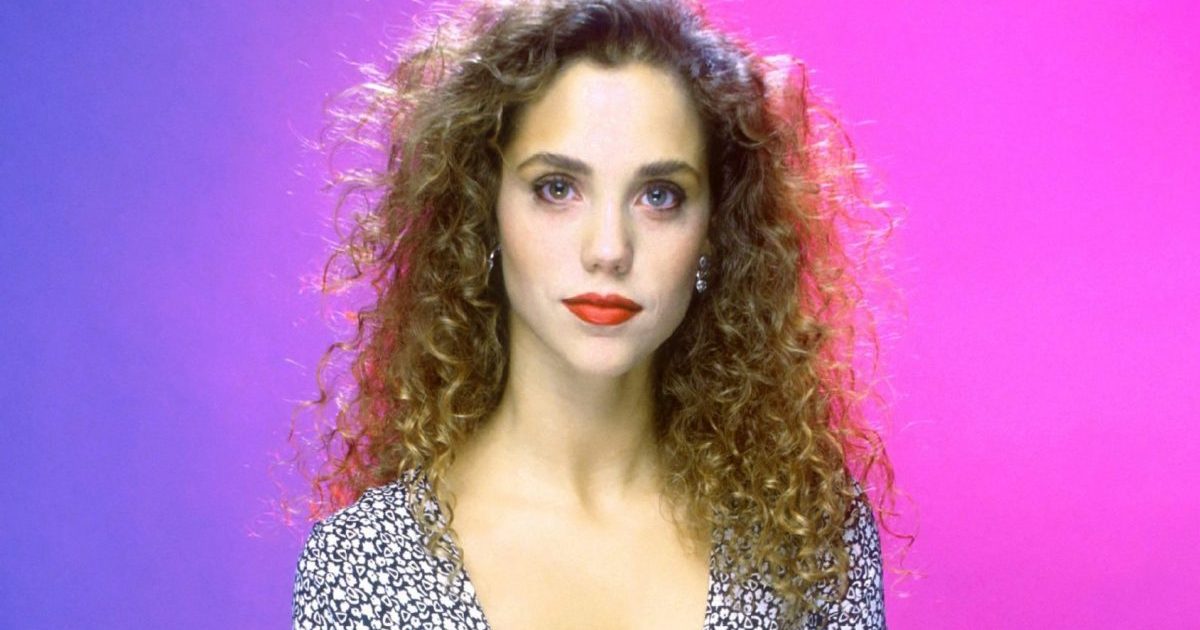 Though Saved By The Bell never shied away from issues that might affect real teenagers in the classroom, the episodes of the show were always fairly light-hearted. In fact, though subjects like women’s equality and even homelessness were tackled occasionally, the show mostly zeroed in on plots like romance, bullying and petty rivalries. With that said, the show did once delve into seriously dark territory, with an episode focussed on Jessie.

Jessie was a straight A student as well as a feminist and activist, and her strong opinions on justice and equality were her main character traits. However, one episode saw her load too much on to her plate, and take to taking caffeine pills to stay awake and keep her energy up. She quickly became addicted, leading to a haunting scene were she goes from frantically singing to collapsing into her friend’s arms, crying about how scared she was. It would have been a hard scene anyway, but the actresses heart-breaking delivery made it the most famous episode of the show ever. 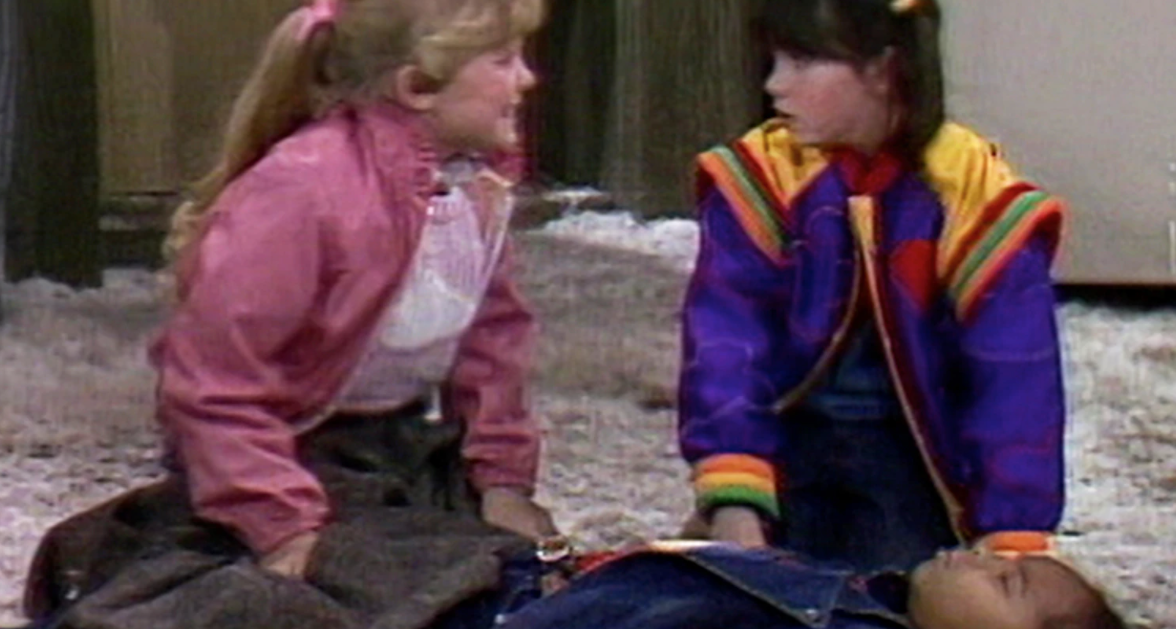 Punk Brewster is a light-hearted show with a seriously dark premise. It follows a happy go lucky and brave girl who, after her father walks out on the family, is abandoned at a shopping centre by her mother. With only her dog for company, the young girl finds an abandoned apartment complex and decides to start a life there, but is later thankfully adopted by a kindly neighbour. This might seem pretty dark all by itself, but one episode took things to a whole other level.

In school, Punky and her friend learn all about CPR, but one kid is sent out of the lesson for goofing off. Later, when the friends are playing hide and seek, one little girl hides in a fridge. The door shuts and she suffocates to death, being found cold and blue by the boy who was sent out of class. Because of his disobedience, he is unable to save her, and it is only Punky and her friend’s quick thinking that save her. Stay in school kids. 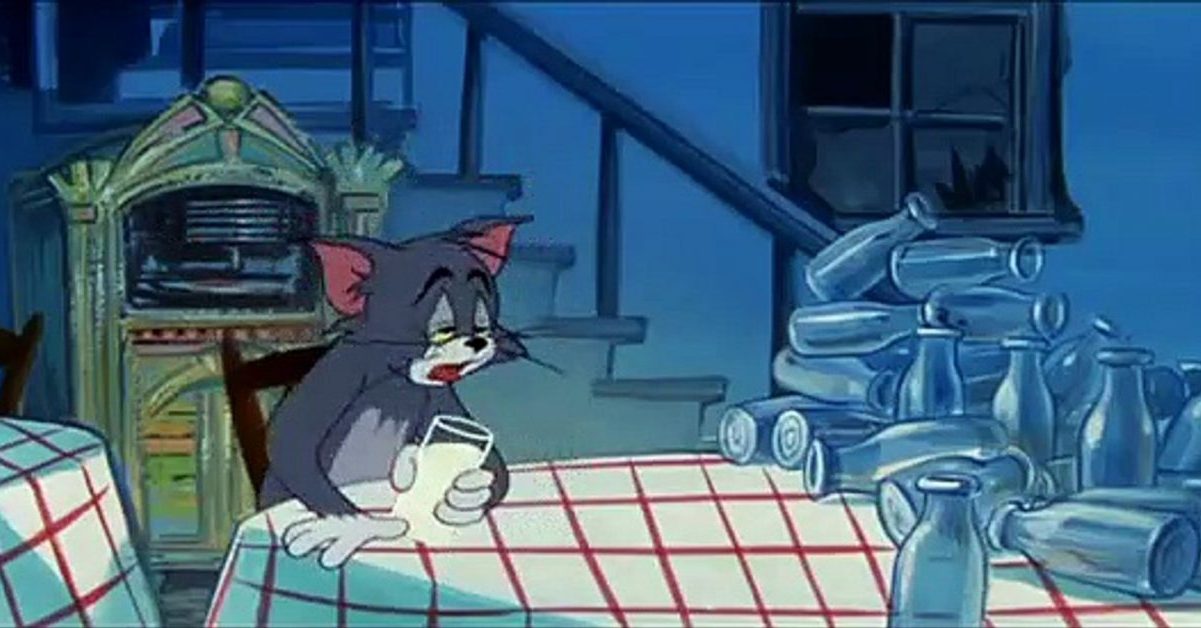 Tom and Jerry might seem like it would be rife with dark moments, but the truth is it’s actually pretty light. Sure, there are references to sex and drugs throughout, and the characters are seen smoking and drinking occasionally, but the main problem is the violence. With that said, it’s set up pretty early on that the two characters are pretty impossible to kill, so the violence can get as extreme and deadly as it likes, without ever upsetting the audience.

What makes this episode so dark is that there’s actually no violence at all. Tom simply spends all of his money to impress the love of his life, who rejects him. He then spirals into debt and alcoholism, only in this case it’s milk bottles he’s surrounded by. Jerry joins him after seeing his own love marry another, and the episode ends with the two of them sitting in the middle of some train tracks, with the sound of a train approaching. As if that wasn’t obvious enough, the narrator literally asks if death is the best cure for a broken heart. Not exactly a modern message.