10 Johnny Depp Quotes That Will Make You Love Him Even More!

Whilst many of his film roles see him covering up his good looks, we just can’t forget how much we love the gorgeous Johnny Depp.

But it’s not just Depp’s acting talent and beauty that appeal to us, because he often comes up with some quite brilliant quotes, and we’ve compiled 10 of the very best below for your viewing pleasure. 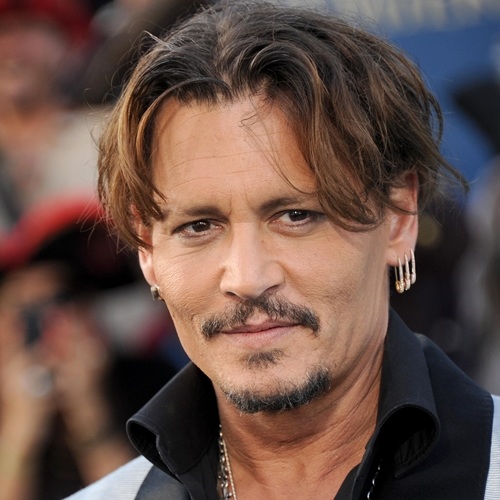 Despite receiving Oscar nominations for Sweeney Todd: The Demon Barber of Fleet Street, Finding Neverland and Pirates of the Caribbean: The Curse of the Black Pearl, Depp doesn’t take himself too seriously, as this quote confirms.

Personally we would like to see much more of this kind of attitude in Hollywood!

9. “I pretty much try to stay in a constant state of confusion just because of the expression it leaves on my face” 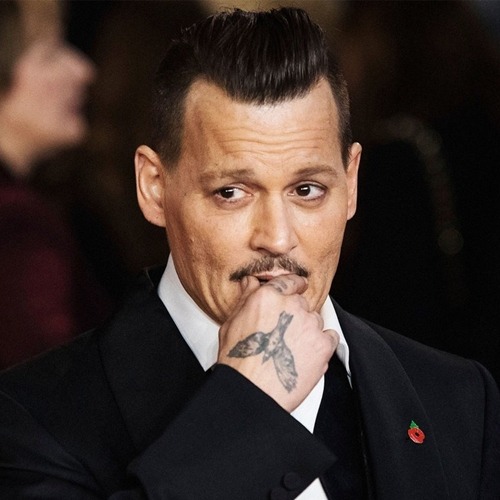 Depp is sometimes criticised for his appearance and mannerisms, and there have been a few occasions when he has been accused of turning up to movie premieres and festivals looking drunk and disoriented.

However, this quote suggests that occasions such as this are entirely planned and nothing to be concerned about whatsoever!

8. “I think everybody’s weird. We should all celebrate our individuality and not be embarrassed or ashamed of it” 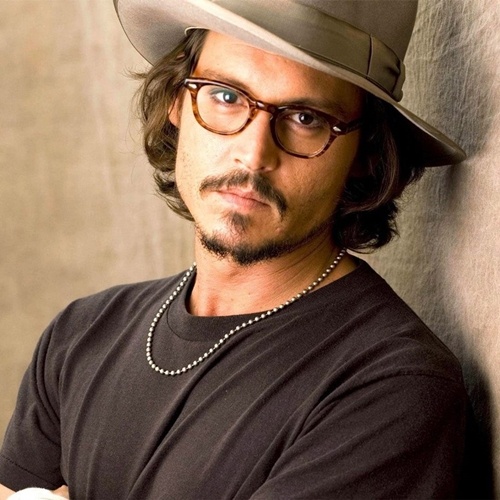 From his heartbreaking performances in the likes of Edward Scissorhands, to his hilarious performance in The Pirates of the Caribbean franchise, Depp has become one of the most important actors of his generation.

He’s also not ashamed to play characters that are strange and weird, especially as they seem to complement his own individual personality.

7. “My body is my journal, and my tattoos are my story” 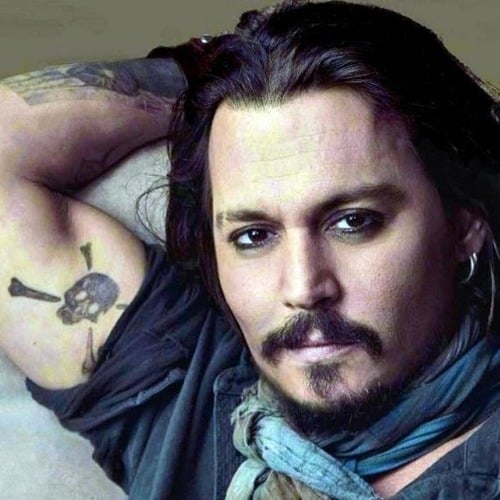 Because Depp and Ryder got engaged the same year Edward Scissorhands was released, and Depp got a ‘Winona Forever’ tattoo, which he had changed to ‘Wino Forever’ after they split up! 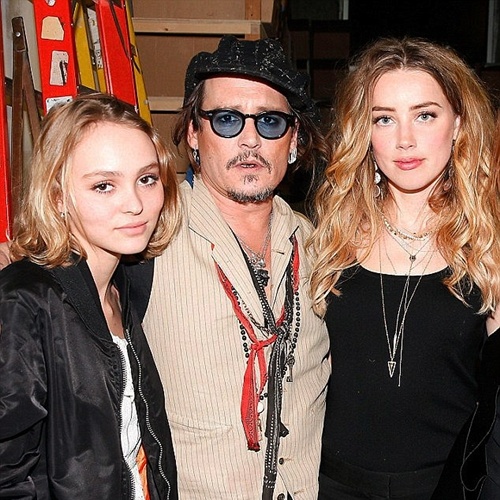 And after reading this quote, we suspect that no-one would dare upset either of them!

5. “My daughter was asked by a little old lady in a London hotel restaurant what her daddy did. She answered, “He’s a pirate” – I was very proud of that answer” 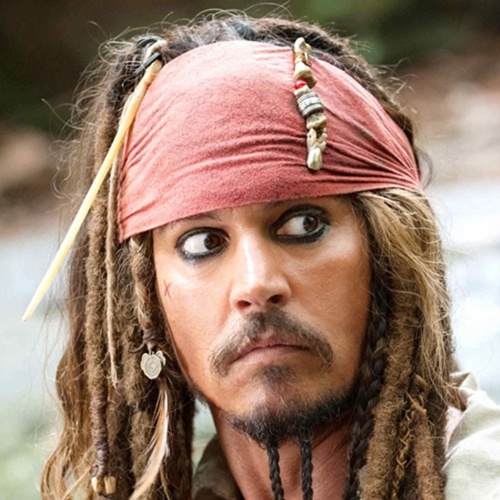 It may have become one of the most lucrative film franchises of all time, making $4.5 billion worldwide, but believe it or not Depp was almost fired during filming of the first Pirates of the Carribbian film.

This was because Disney executives just didn’t ‘get’ Depp’s performance as Captain Jack Sparrow, which he based on legendary rocker Keith Richards! 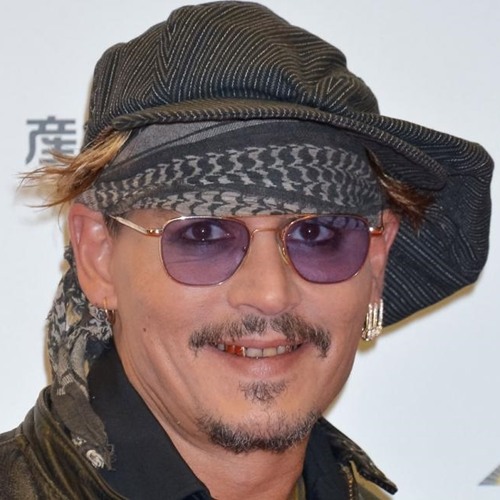 This is another quote confirming that Depp is quite comfortable not fitting in with what people expect.

He’s weird off screen and plays weird characters on screen, and we absolutely love him for it.

3. “With any part you play, there is a certain amount of yourself in it. There has to be, otherwise it’s just not acting. It’s lying” 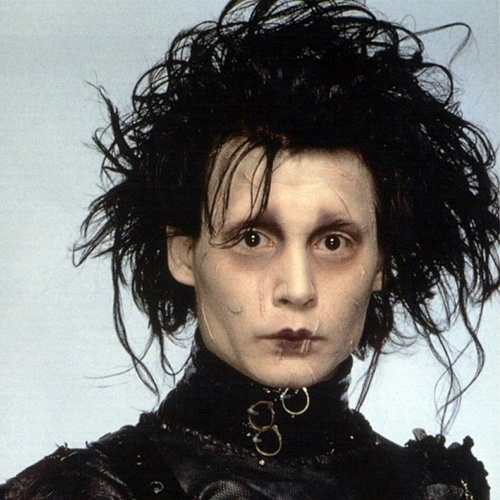 Whilst it may seem strange to suggest that Depp is in any way similar to Edward Scissorhands, or any of the other strange characters he has played over the years, this quote confirms that is indeed the case.

We’ve always thought that actors should be able to play characters that are nothing like them whatsoever, but we bow down to Depp’s superior knowledge!

2. “We’re all damaged in our own way. Nobody’s perfect. I think we’re all somewhat screwy. Every single one of us” 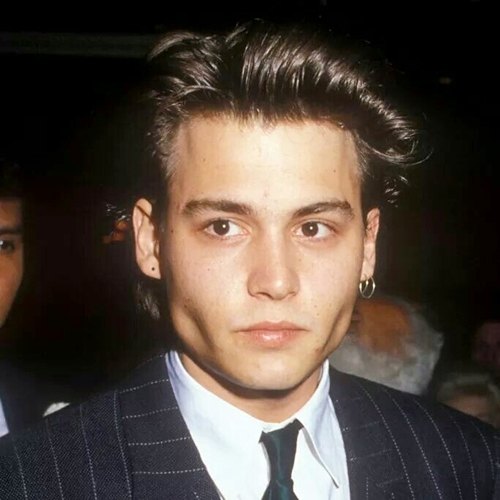 We agree that everyone has their hangups, and we love that someone as famous as Johnny Depp agrees with us.

It makes a change to see people not feeling like they have to pretend that everything is perfect.

1. “Laugh as much as you breathe and love as long as you live” 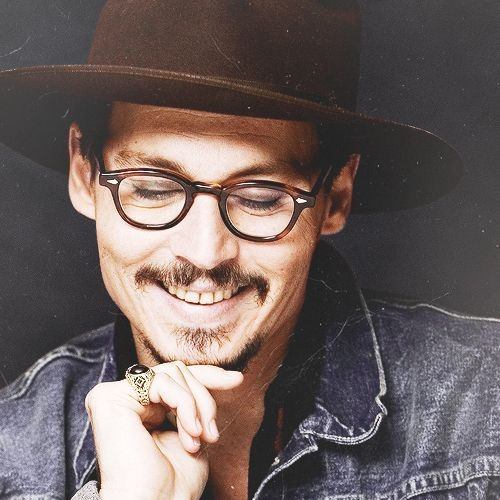 We end with perhaps the most inspiring quote that Depp has ever made, as he encourages us all to have fun and love others.

We’re sure that’s something we can all get behind, and can’t think of a better way to end this look at one of the greatest actors of his generation!