Everyone loves a good movie from time to time. It’s fun going to the cinema and watching the latest stars in action, ready to tell us a story that we’ll (hopefully) never forget. And if you can’t be bothered to go out then who doesn’t love curling up on the sofa with a good film ready to go? 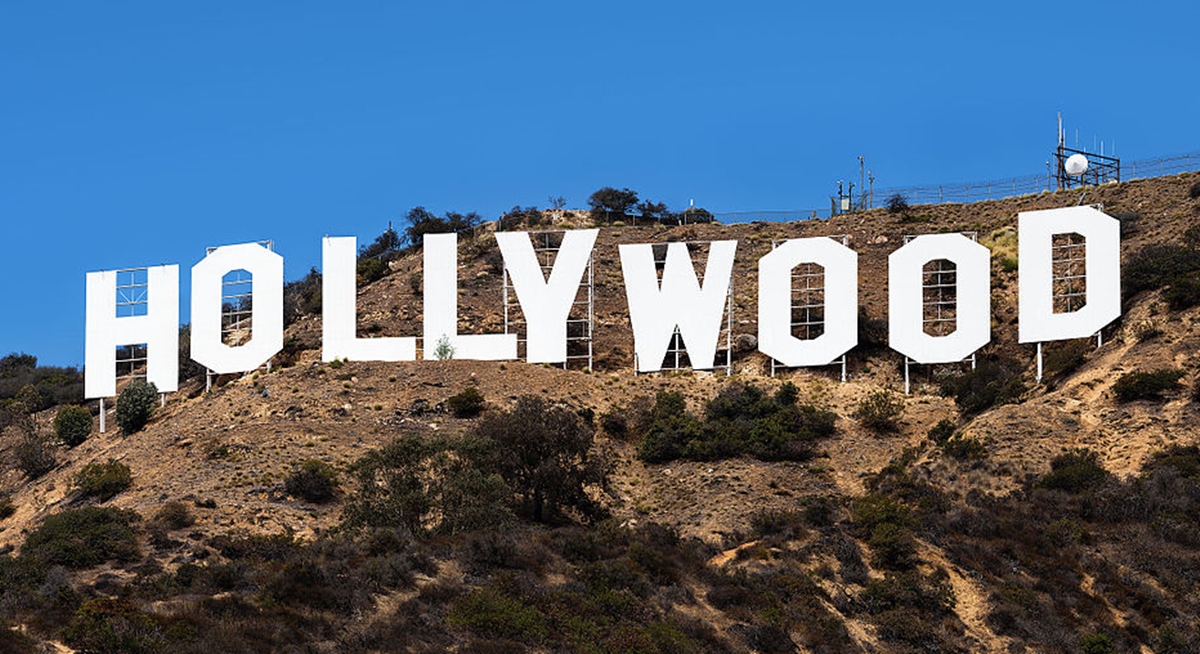 However, the reality of the filmmaking process is often far from being romantic, and budget restraints sometimes cause filmmakers to have to make do with some hilariously bad and cut-price props. So grab the popcorn, sit back, and enjoy the following ‘10 Hilariously Bad Film Props That Have To Be Seen To Be Believed’…

1. The Fake Baby In ‘American Sniper’ 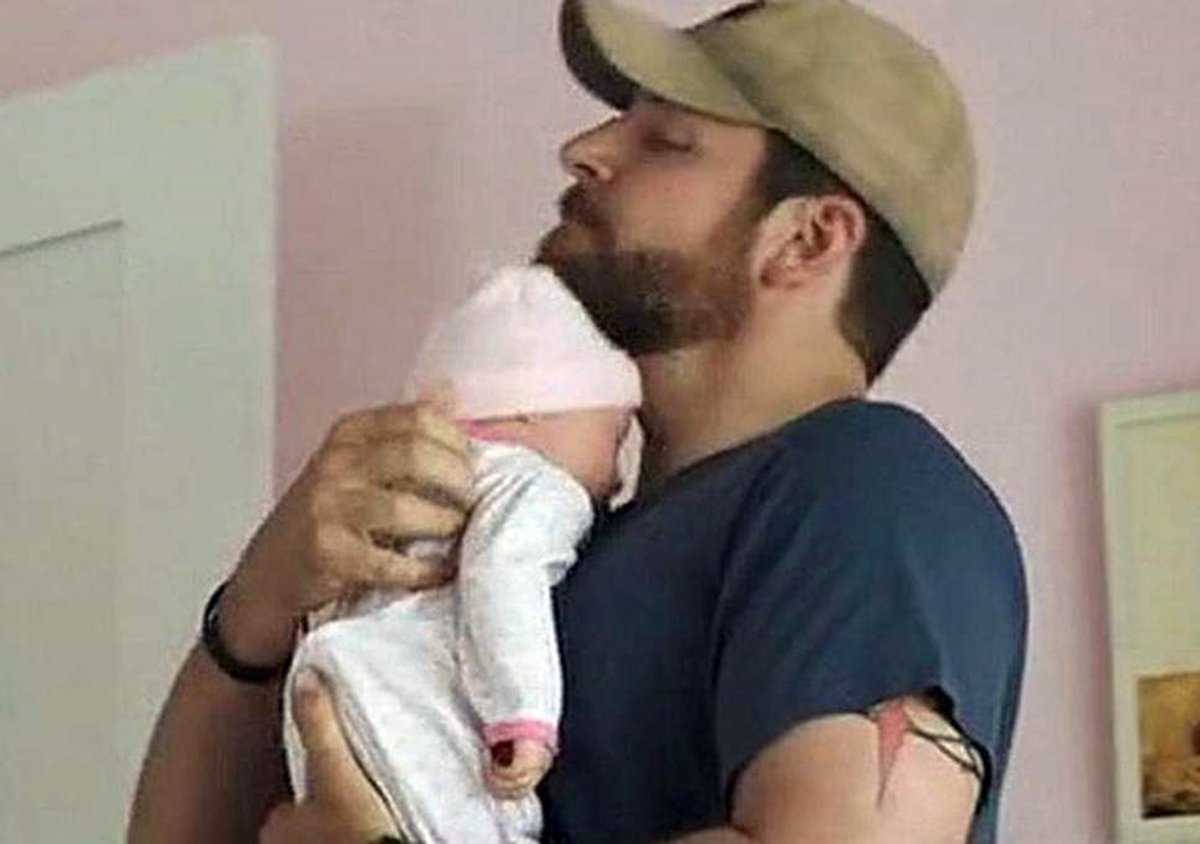 American Sniper is a war drama released in 2014 and directed by Clint Eastwood. It received 6 Oscar nominations, which is hilarious when you take a look at the scene with Bradley Cooper and the obviously fake baby. Cooper has been quoted as saying “I couldn’t believe that we were working with a plastic baby, I was like, ‘this is nuts.” Watch the following clip, and we’re sure you’ll agree that they didn’t quite pull it off! 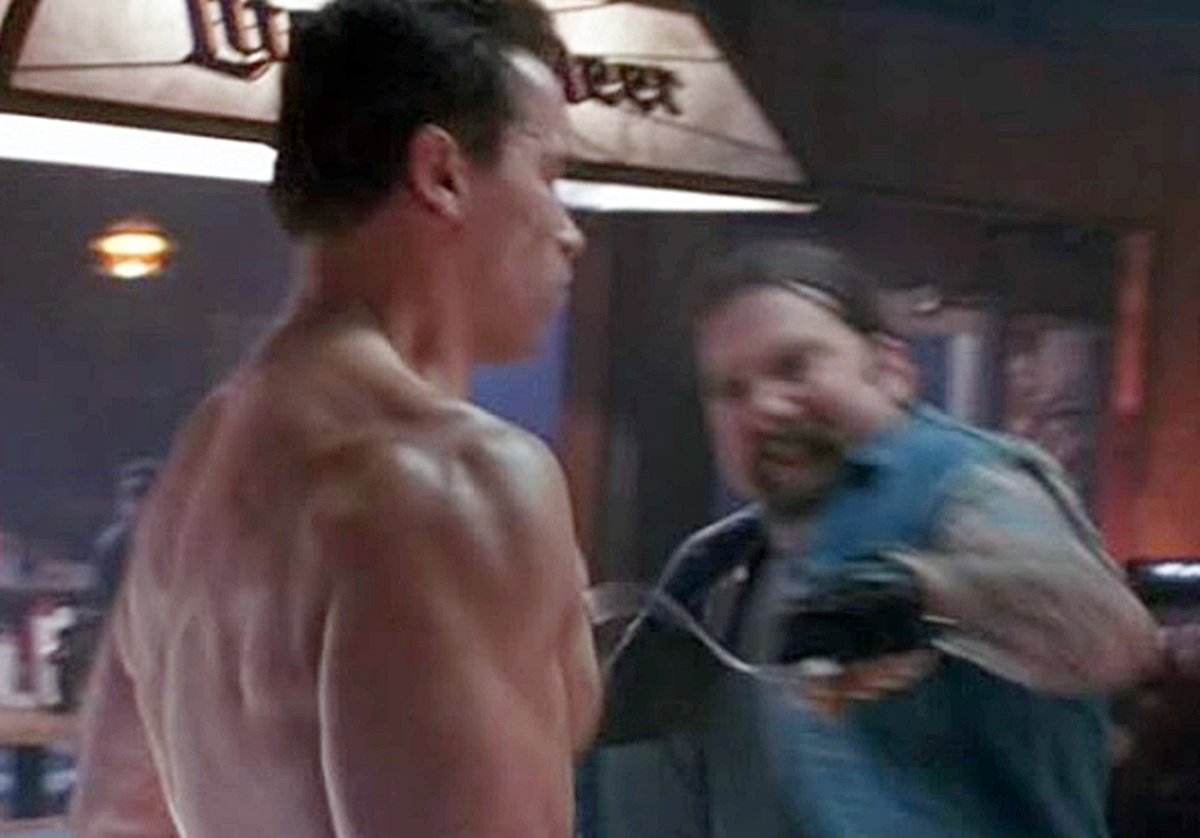 As much as we love Terminator 2, the knife used to stab Arnie in the bar fight scene was clearly rubber, which was evident by the way it bends when the biker stabs our favourite Austrian in the chest!

As we’ve seen already, films with large budgets aren’t immune to having some hilariously terrible props, and Qui-Gon’s ‘communicator’ in Star Wars Episode 1 is a great example of this. It’s very clearly a razor that had been slightly modified. Perhaps he also used it to keep his Jedi beard nice and neat… 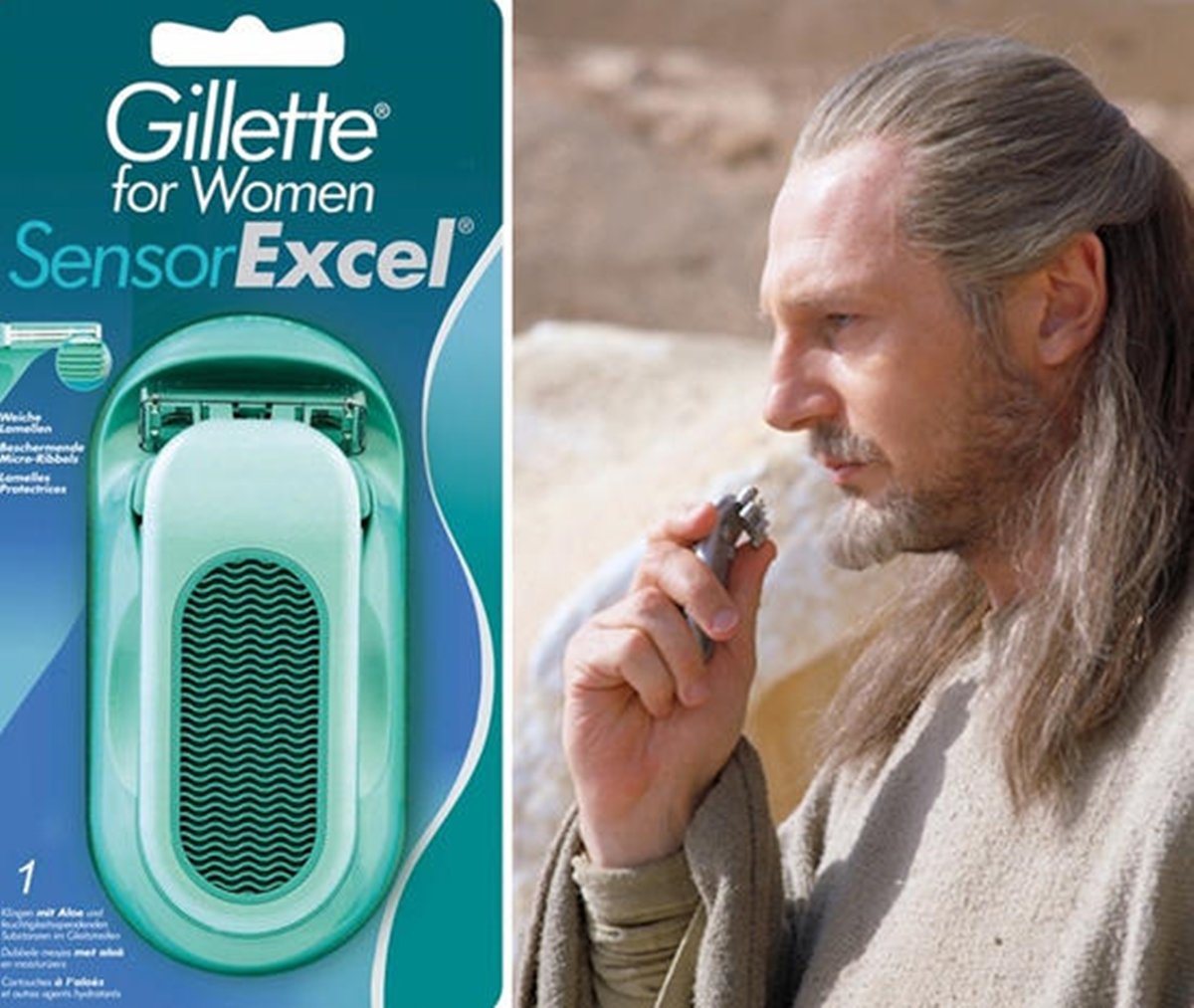 If you popped to the loo in the middle of 2009’s Star Trek re-boot, then you may have experienced a serious sense of Deja Vu on returning you your seat. The Dyson dryers you washed your hands with? Yup, they have them on the Enterprise!

5. The Calculators In ‘Total Recall’

We’re sure that many you will have seen Total Recall (the 1990 version of course) a number of times, but have you ever noticed that the guards have calculators strapped to their wrists? 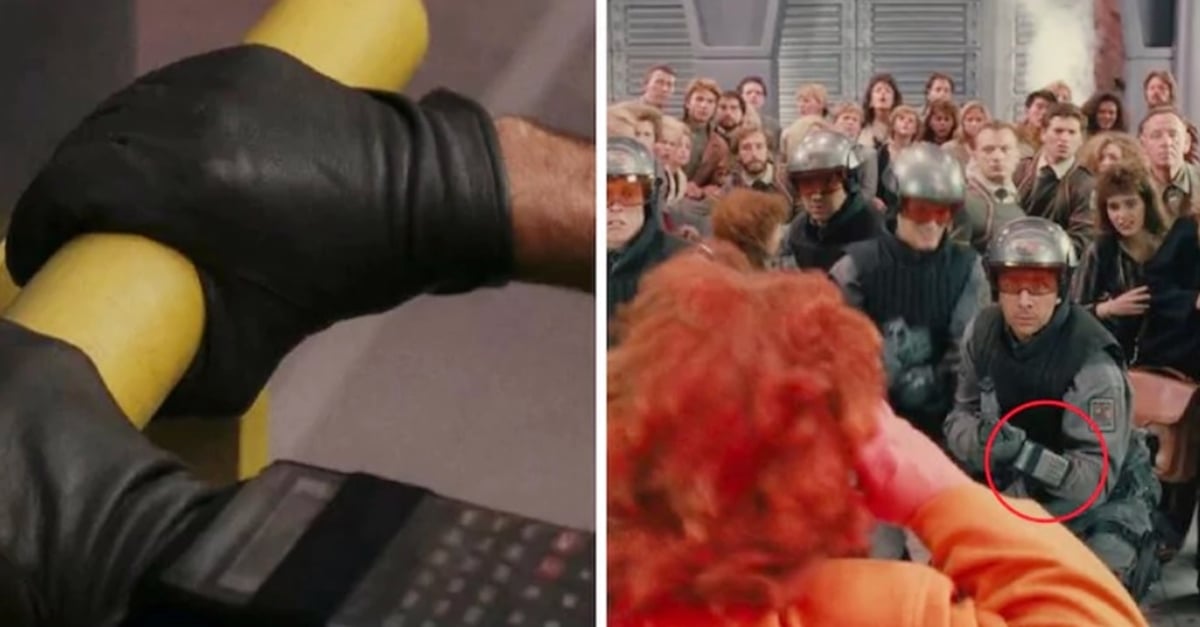 6. The Bouncy Rocks In ‘Ghostbusters’

Remember the scene at the end of Ghostbusters when Dana’s building is falling apart and huge chunks of it are falling to the street below? Well, one of the chunks clearly bounces, revealing that it’s probably made of foam.

7. The Captain Kirk Mask In ‘Halloween’

Michael Myers scary mask in the horror film ‘Halloween’ may have given us nightmares, but it’s well known that it was originally a ‘death mask’ for William Shatner’s Captain Kirk, which they basically just painted white!

Have you seen ‘In Time’ starring Justin Timberlake and Amanda Seyfried? If so then it’s unlikely that you failed to notice the model car used in one of the crash sequences…

9. The Cheap Light In ‘V For Vendetta’

There’s a ‘signal jamming device’ in the 2005 film V for Vendetta that looks suspiciously like one of those cheap reading lights many of us had when we were kids. 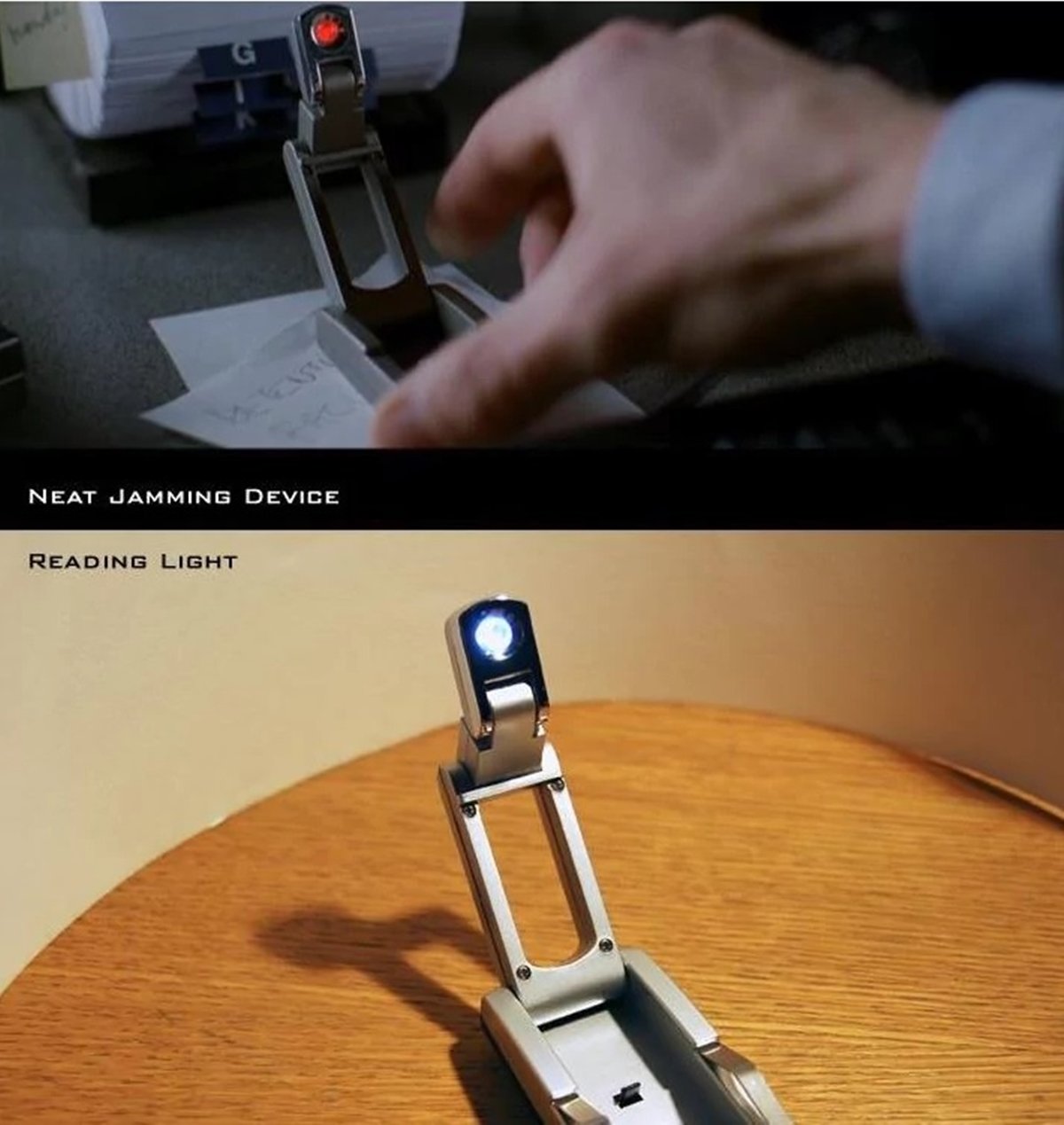 10. The Ice Cream Maker In ‘The Empire Strikes Back’

During the evacuation of Cloud City in The Empire Strikes Back, one guy is clearly evacuating with his ice cream maker. He became so popular that that he even got his own action figure! 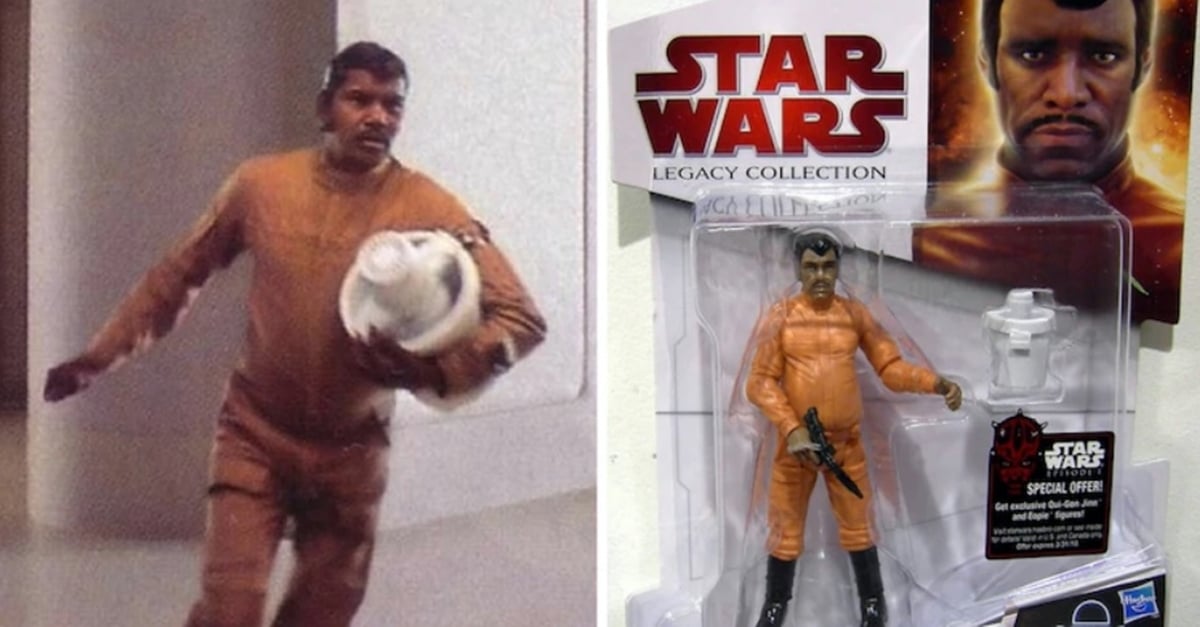 Be sure to share this post with your fellow 80s kids, so they too can take a nostalgic look back at these hilariously bad film props!