10 Hilarious Yearbook Photos That Could Only Be From The 1980s

We’re sure that many of us have looked back on our school photos with a mixture of humour, embarrassment and regret, and those of us that grew up during the 1980s have now been put in an even tougher position, with the fashions of the time, both in what we wore and how we styled our hair, only adding to our discomfort!

The 1980s was a wonderful time, but there are occasions when we look back on our part in the decade only to sheepishly ask: what on earth were we thinking! But if you thought that you looked silly in your 1980s school photos, then spare a thought for the 10 people that feature in our article below!

We’ve scoured the internet to find 10 absolutely hilarious yearbook photos, ones that could only have been taken during the greatest decade that there has ever been. So please do join us in laughing at them, but do also remember to respect the people that are featured in the snaps, knowing that if your school photo were to be plastered all over the internet, then you too would most certainly be going rather red in the face! 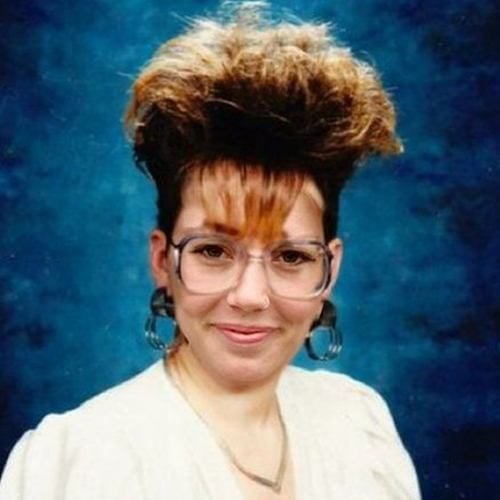 The 80s was the pinnacle of Cold War culture, with tensions rising before the fall of the Berlin Wall in 1989.

So it makes sense that this young woman clearly styled her hair in the image of a nuclear bomb going off. 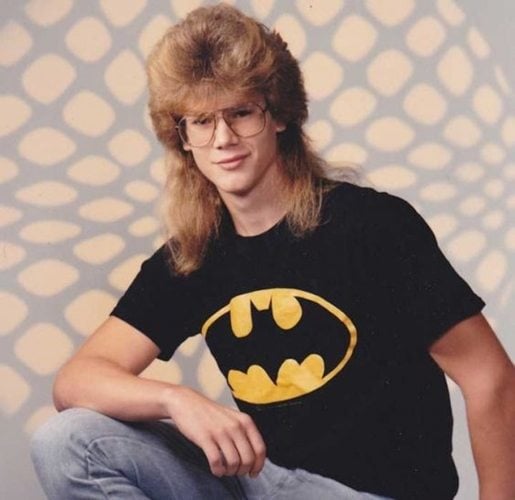 Going by this gentleman’s T-Shirt, we’re guessing that this photograph was taken around the year 1989.

That was the year that Tim Burton’s first Batman movie was released, and this fella was clearly a big fan, with an even bigger haircut!

8. Red Tie In The Morning 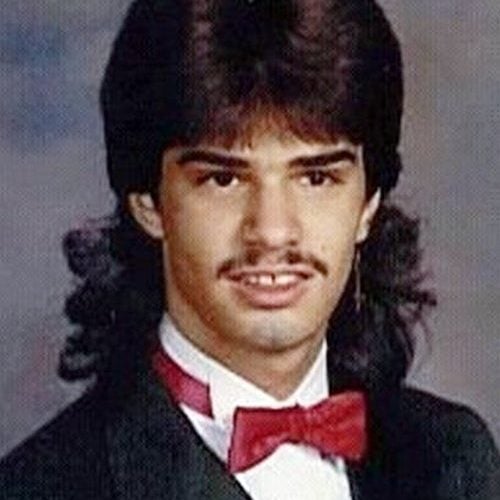 This gentleman’s hair is quite clearly wonderful, and his mustache is just as amazing, but it’s what he’s wearing that makes the most impact…

The red bow tie tops this photo off to the point where we’re likely to describe this fella as an absolute legend! 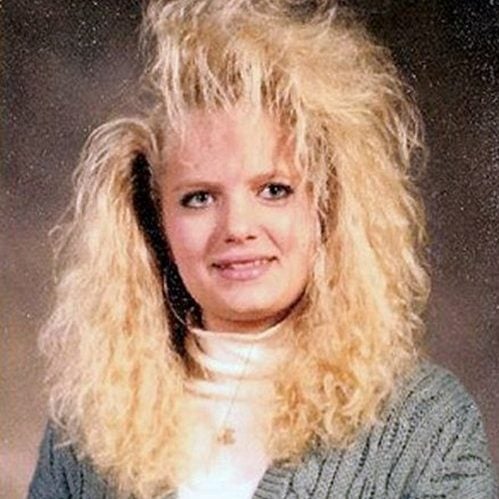 This lady’s hair-do is less blonde bombshell and more blonde bomb, exploding all over the place in a way that almost guarantees in which decade this photo was taken in.

We’d bet our house that this snap was taken in the 1980s. Would anyone be brave enough to disagree?

6. Help With The Height 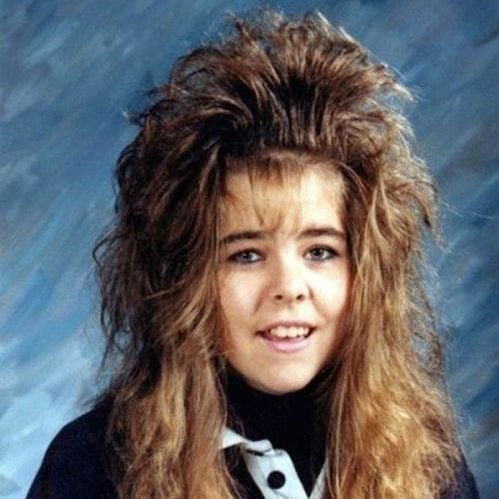 We’re willing to suggest that this young lady isn’t the tallest person in the world, but back in the 1980s there was something on hand to help her in this regard…

The higher the better in the 80s, and this particular hair-do has added about 3 inches to the height of this lovely female. 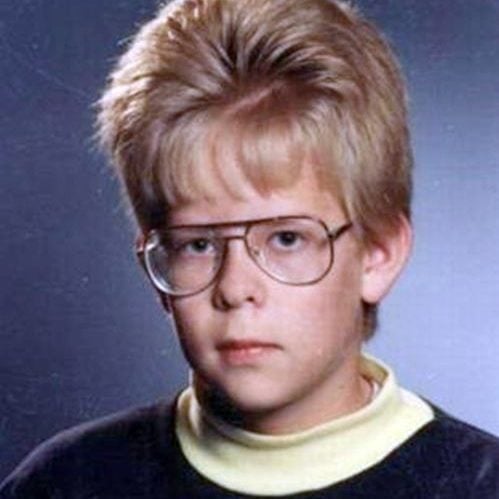 This young man has a particular look on his face, and we’re trying to decide what it is that he’s trying to communicate with his eyes.

Perhaps he’s trying to say: “in 30 years time I’m going to really regret having this hair-do in my school photo,” or “will I still look like John Hughes when I’m an old man?” What do you think? 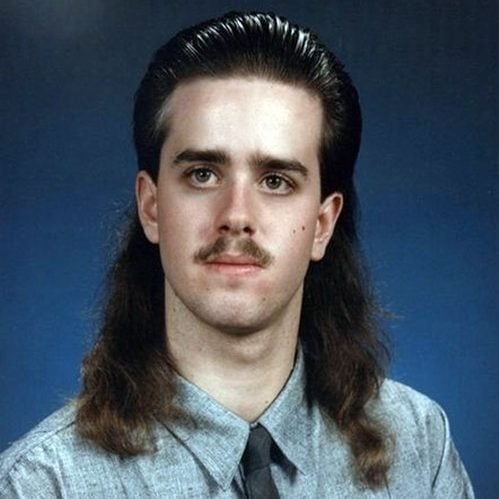 Slick at the top and long and fluffy at the back, this gentleman’s hair-do is about as brilliant as we’ve ever seen.

But this good-looking fella clearly thought that his look needed something else, so the mustache is the cherry on this particular 80s-flavoured cake. 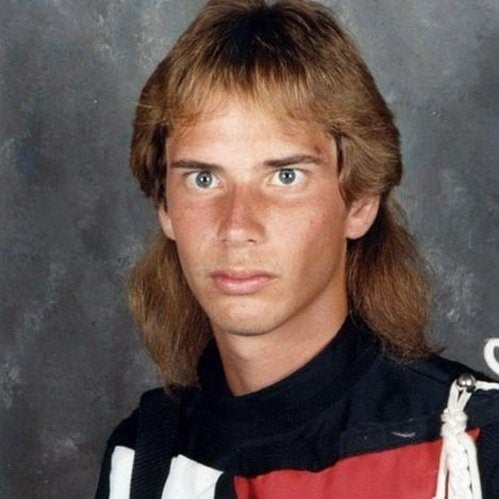 He has the stare of a serial killer, but this fella also has the hair of an absolute legend.

We’re not sure we’d be happy for our daughter to date him, but if we met him in the street then we would shake him by the hand and congratulate him on being an 80s legend. 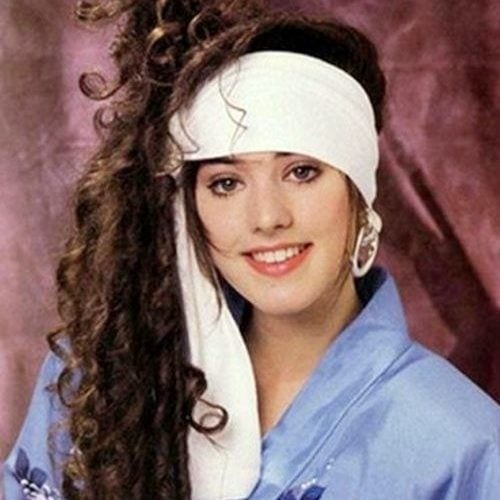 We’re not sure exactly what look this young lady was going for, but we do know that we absolutely love the outcome.

She may be wearing a dressing gown and have a bandage on her head, but we think she looks completely amazing! 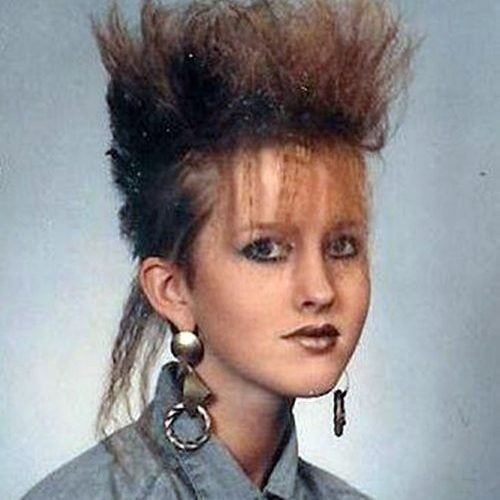 Of all the 1980s school photos that we’ve come across, this is our absolute favourite, with this lovely Cyndi Lauper lookalike giving us a bit of 1980s punk.