We all know that movies go through many iterations, changes and tweaks before they’re finally unleashed to the general public, and these days that also very much applies to the posters that are created to promote them. Back in the 1980s, movie posters were usually just photos of the lead actors, either posed shots or snaps taken on the movie shoot itself. This meant that, apart from some notable exceptions, there was little room for error, but these days when any young graphic artist can be let loose on the latest version of Photoshop, that is definitely not the case! Feast your eyes on the following 10 hilarious movie poster mistakes, and you’ll have to seriously ask yourself, what on earth were they thinking! 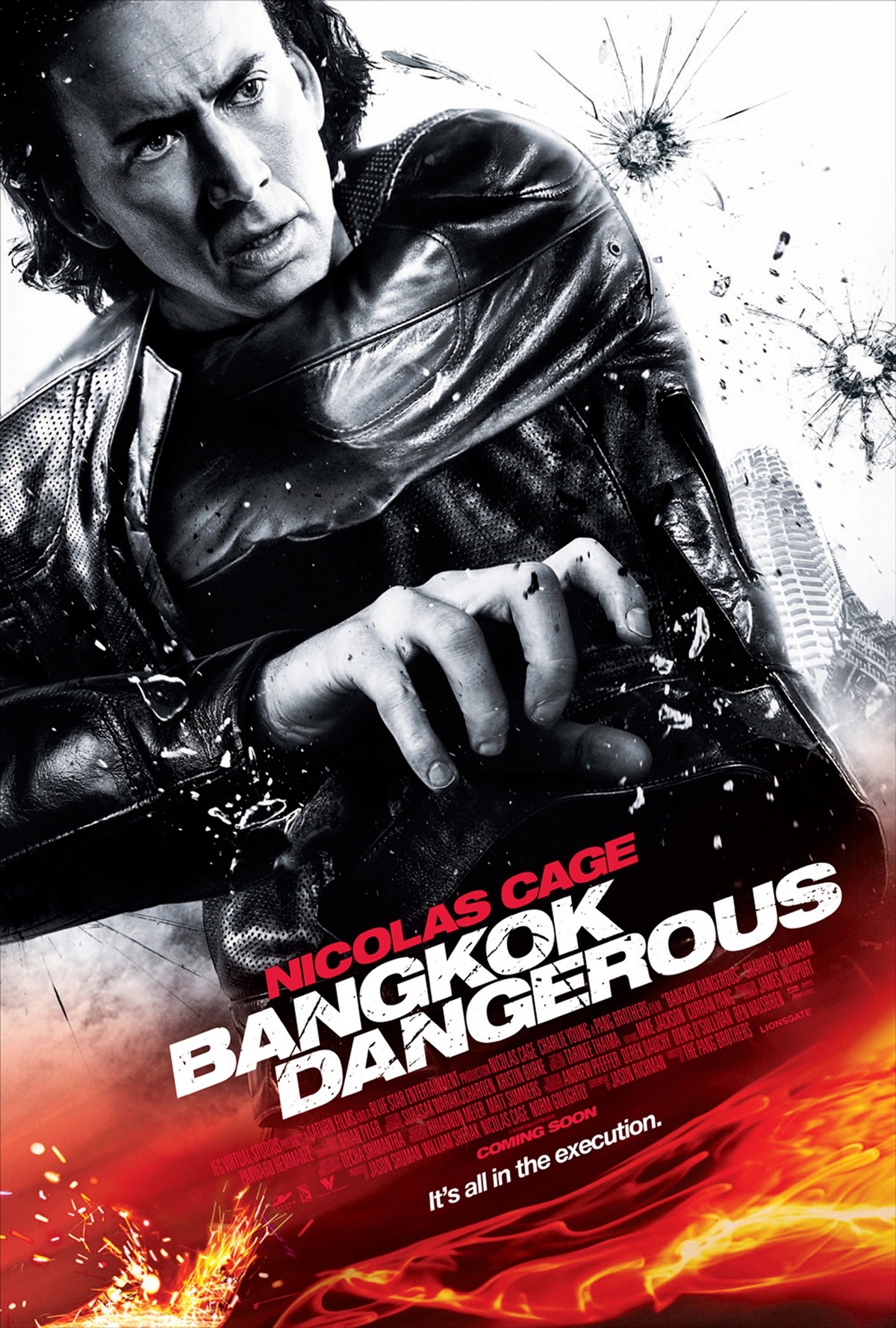 Take a quick look at this poster for Nicolas Cage’s 2008 movie Bangkok Dangerous. And then take another, closer look. Because, whilst at first glance Cage’s visible hand seems like it’s grasping a gun, on closer inspection you see that it’s actually gripping… nothing whatsoever! 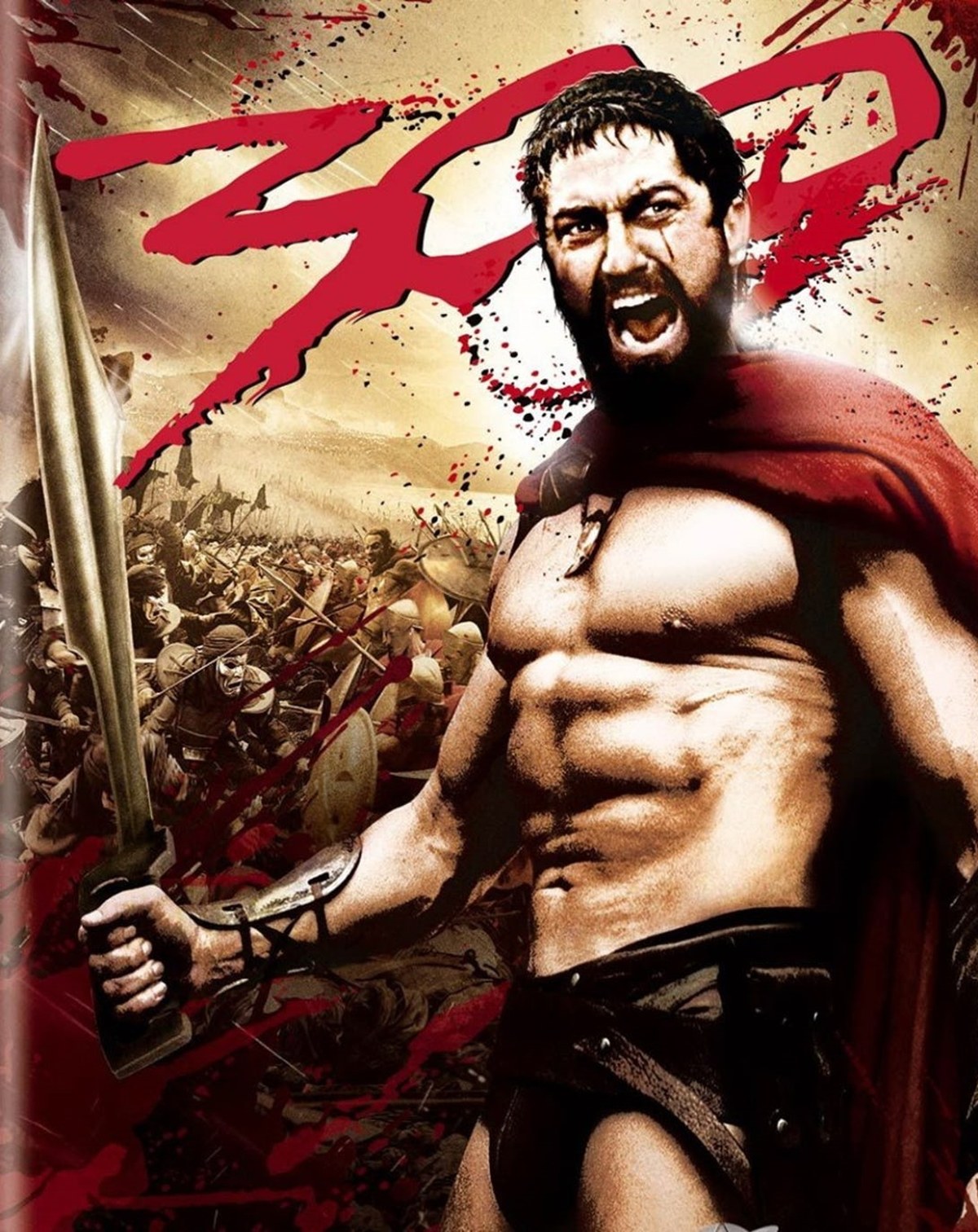 A testosterone filled poster to promote 300, but take a closer look at this Spartan’s sword holding hand. The artist in charge of this poster seems to have had great difficulty in lining up the sword so it’s actually being held by Gerard Butler! 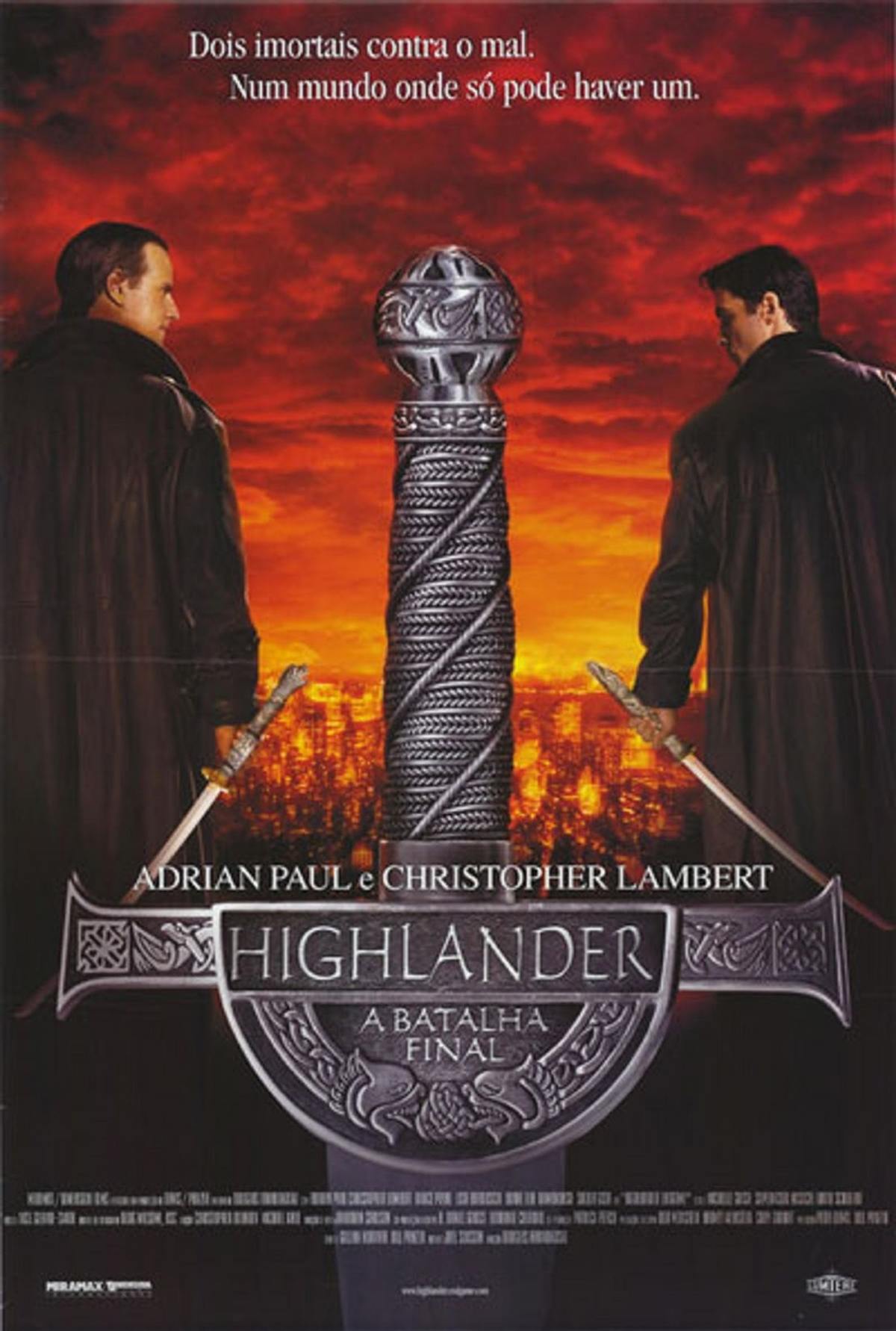 A moody poster for 2000’s Highlander sequel Highlander:Endgame. But have a closer look at the sword being held by Christopher Lambert on the left. Yes, it’s simply been superimposed over the top of his hand! 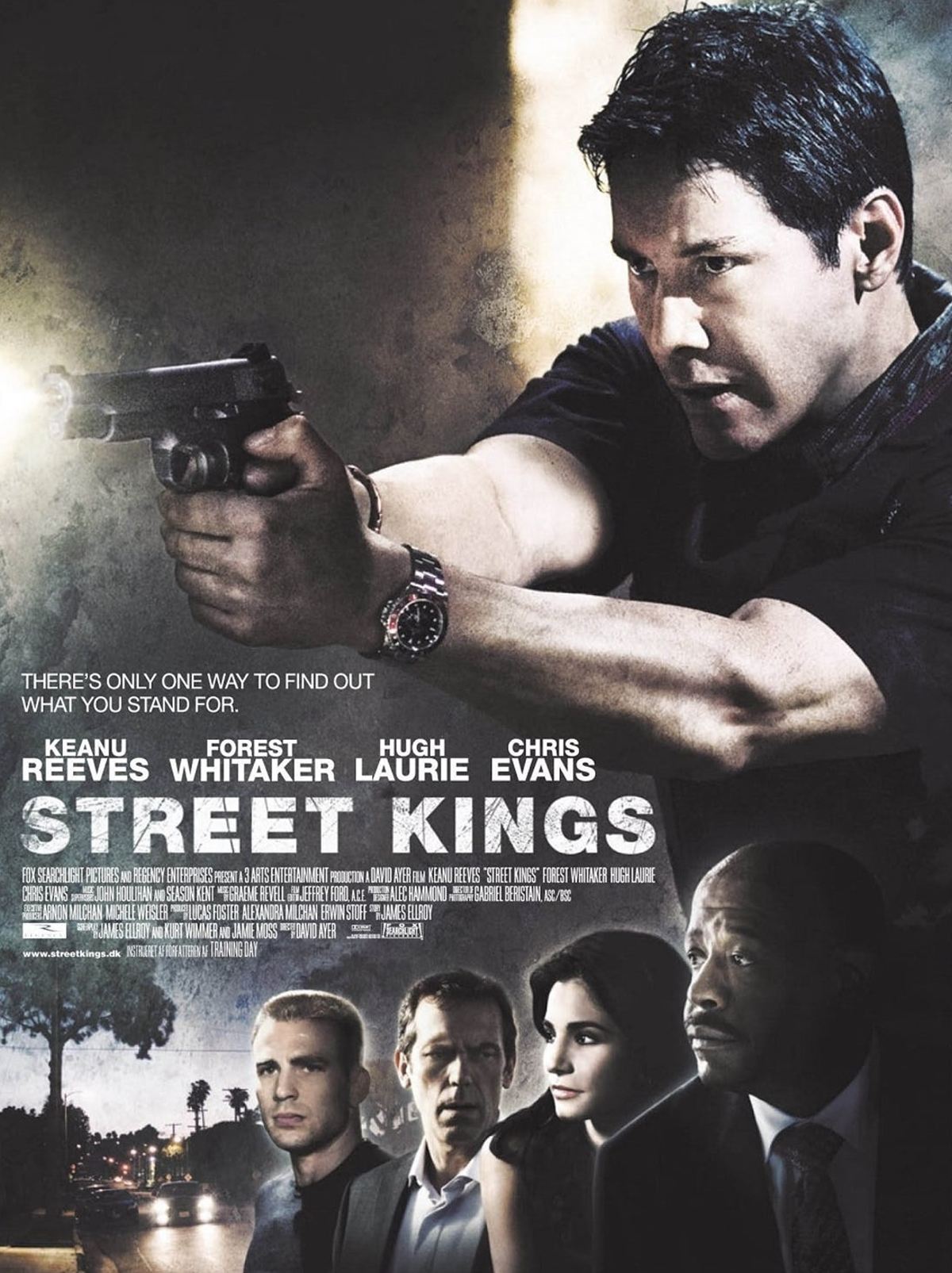 Have you ever watched the Keanu Reeves starring Street Kings? Us neither, and sadly the poster also contains a rather obvious gaff. Reeves appears to be firing a gun, but take a look at the weapon’s trigger, which it appears he’s not even pressing. Whoops!

5. Return Of The Jedi 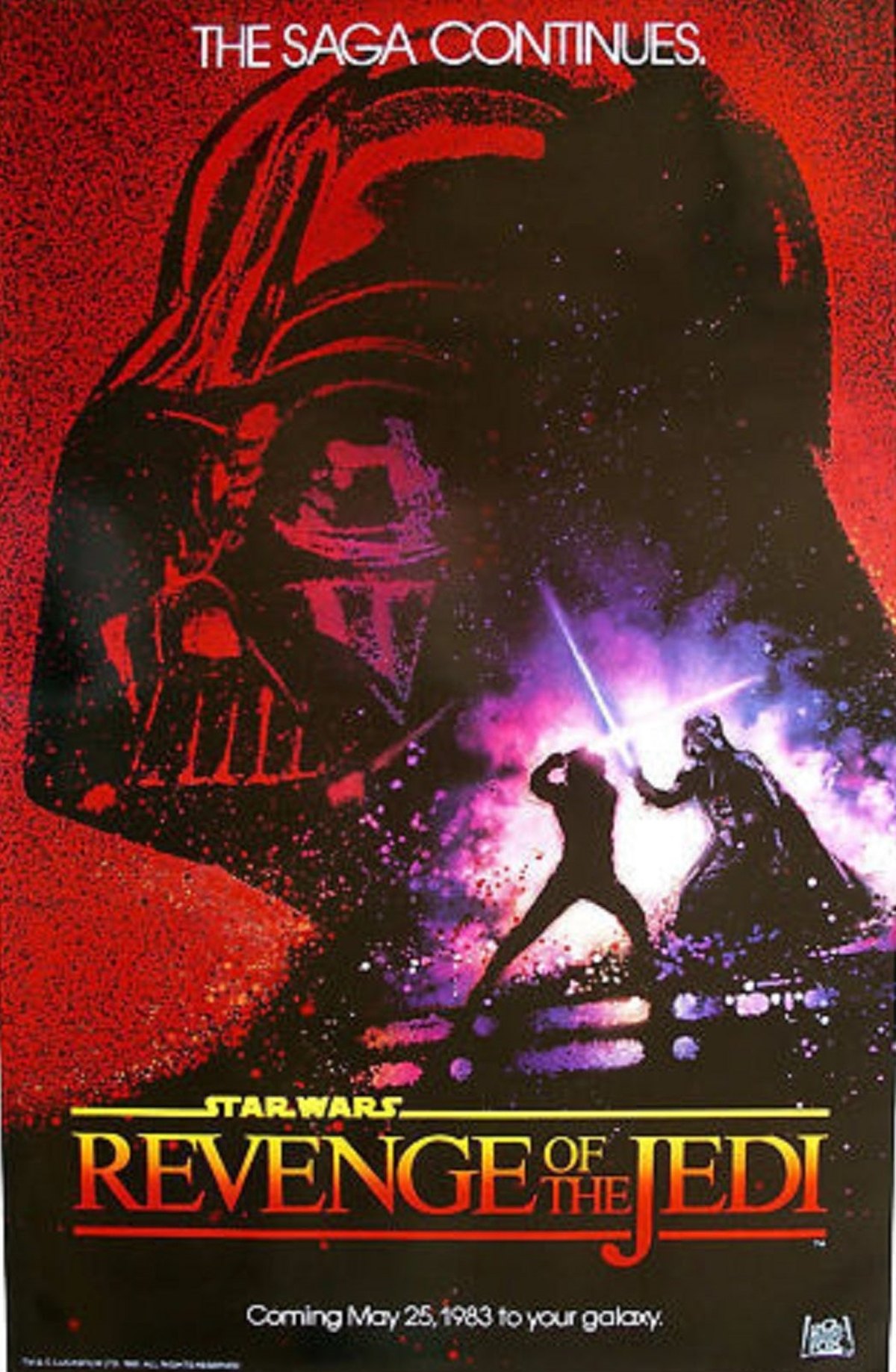 We’re heading back in time here, and not only did these Revenge of the Jedi posters have to be scrapped when the movie’s name was changed to Return of the Jedi, but take a look at Luke Skywalker and Darth Vader’s lightsabers. Yes, they’ve swapped colours! 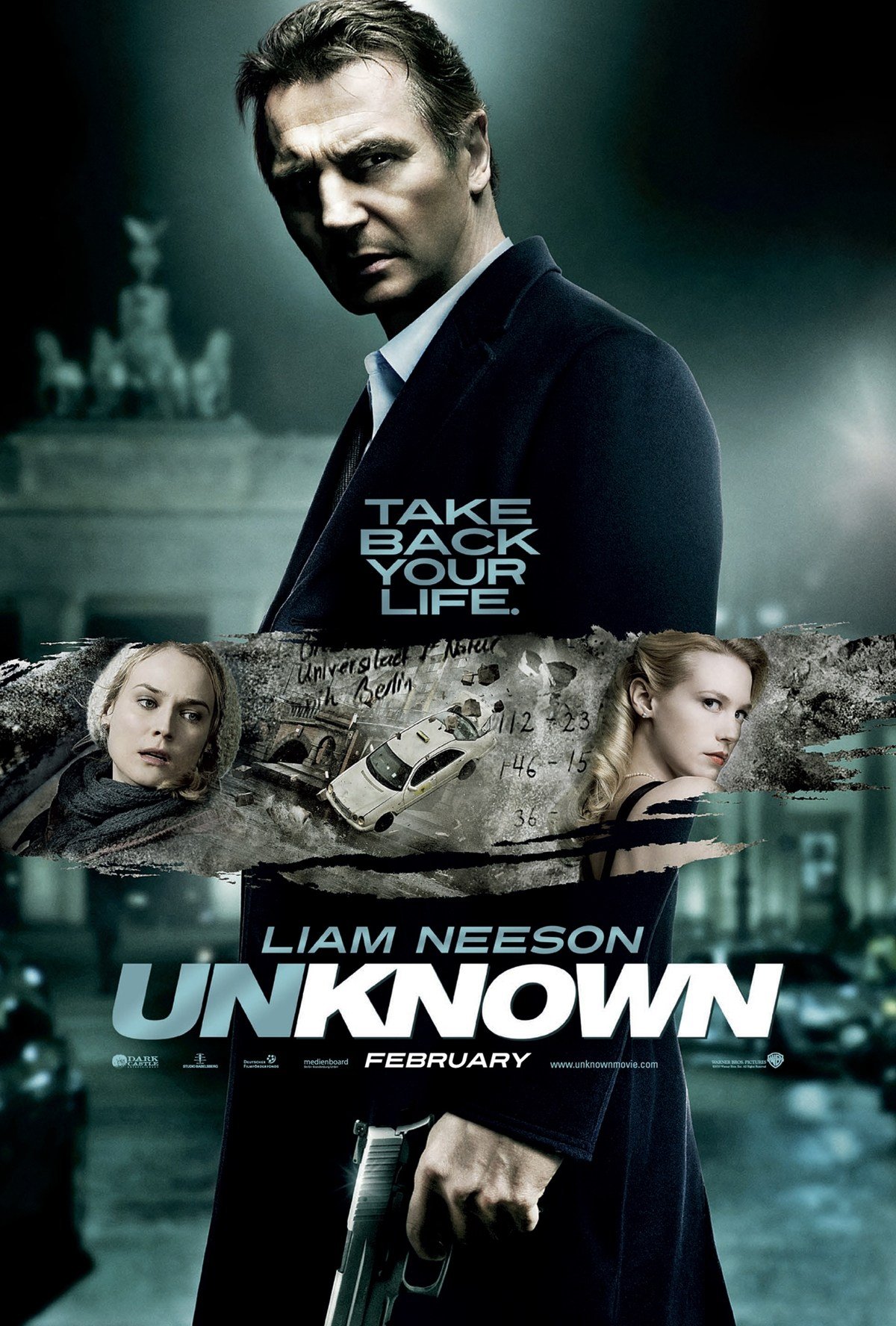 There may be nothing particularly wrong with this Unknown poster featuring Liam Neeson holding a firearm, until you ask yourself how many times his character uses a gun in the movie itself. The answer is none, not even once… 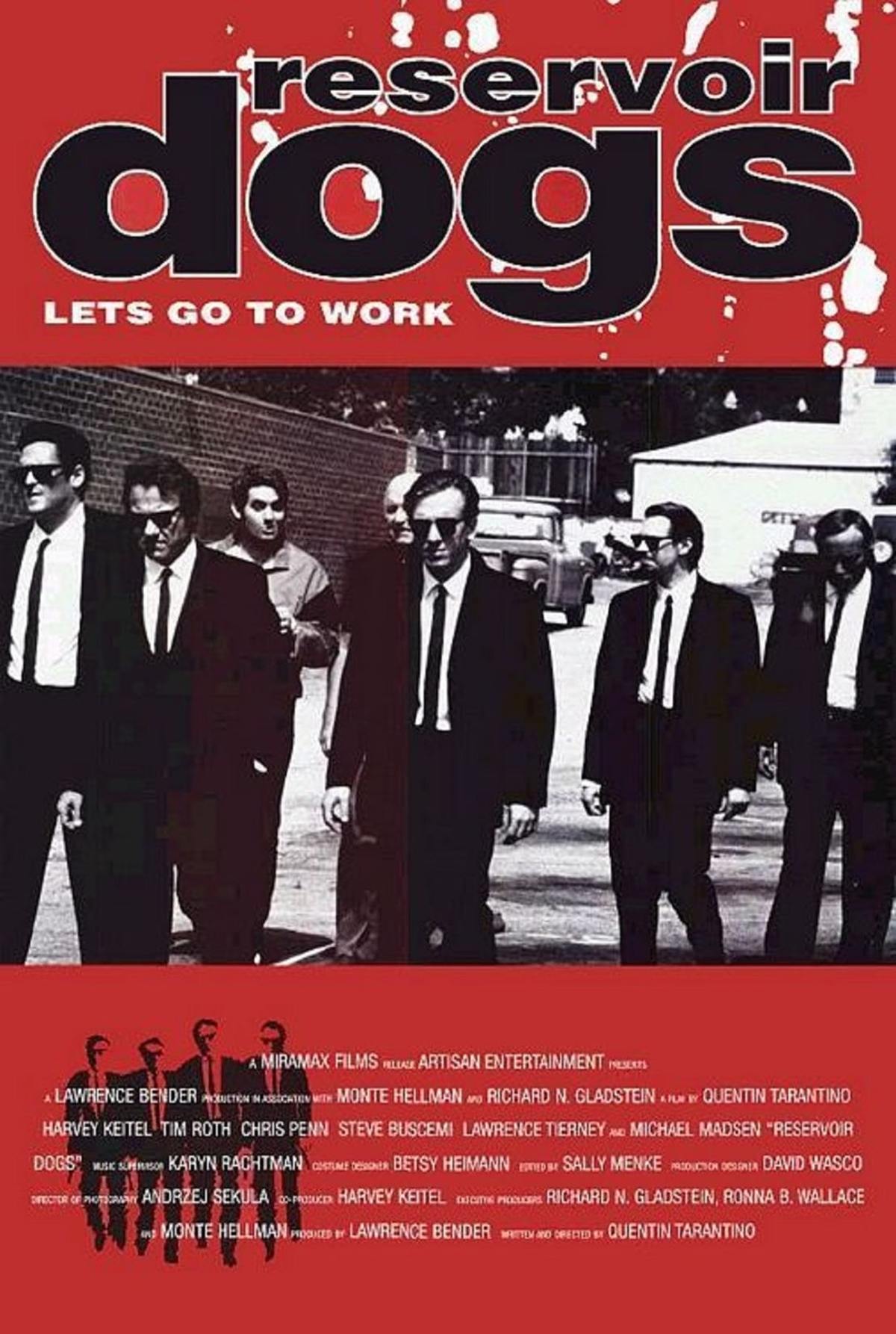 A grammatical failure in this legendary Reservoir Dogs poster, with a missing apostrophe in the ‘let’s go to work’ tagline. Call the grammar police! 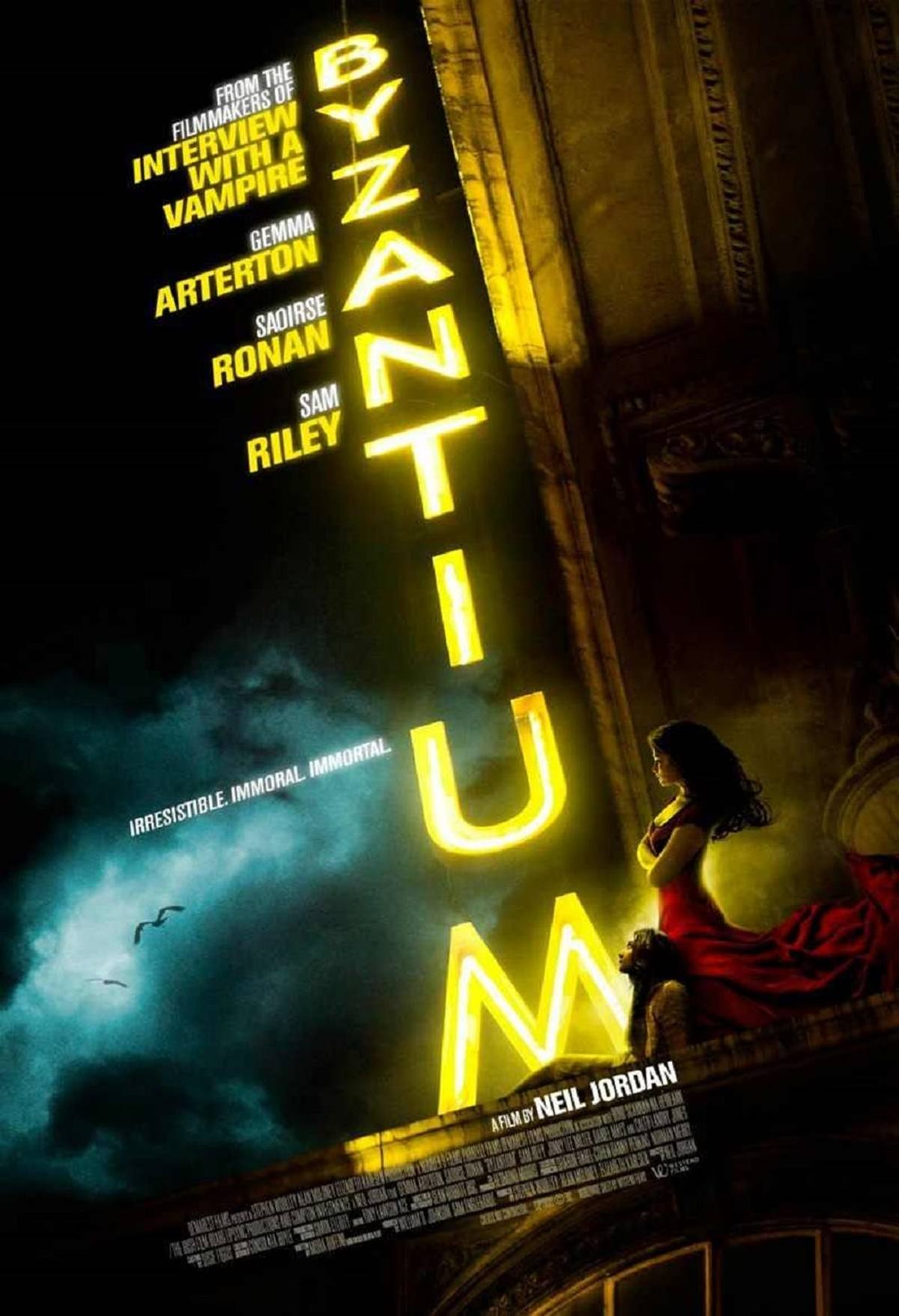 This poster for 2012’s Byzantium contains the claim that it is ‘from the filmmakers of Interview with a Vampire.’ Which is great, except for the fact that it’s actually called ‘Interview with the Vampire.’ 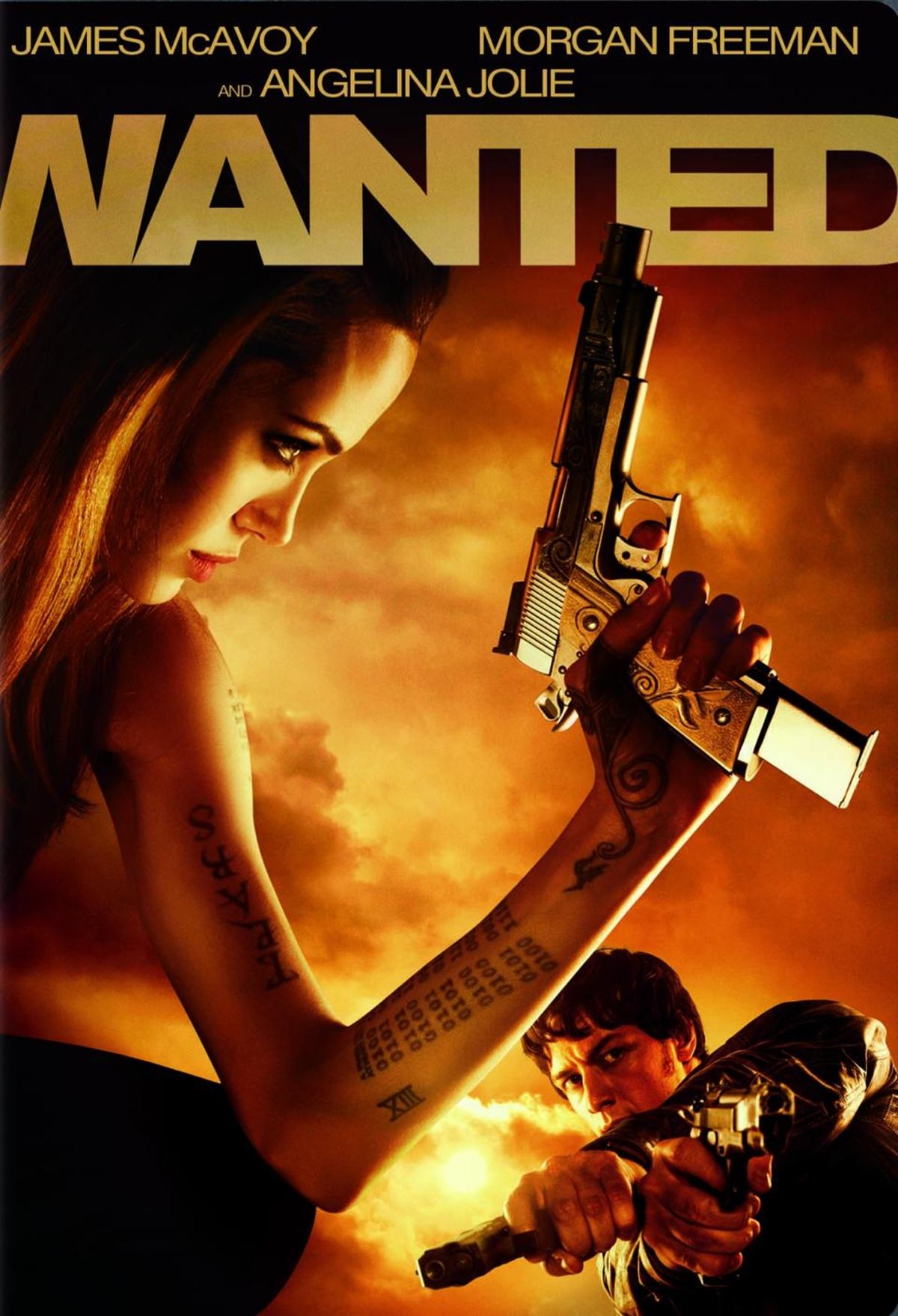 Take a look at this poster for the Angelina Jolie starring Wanted, and please tell us what on earth is going on with her arm. It seems to be coming out of her chin? Or on the wrong side of her body? Frankly we’re lost for words. 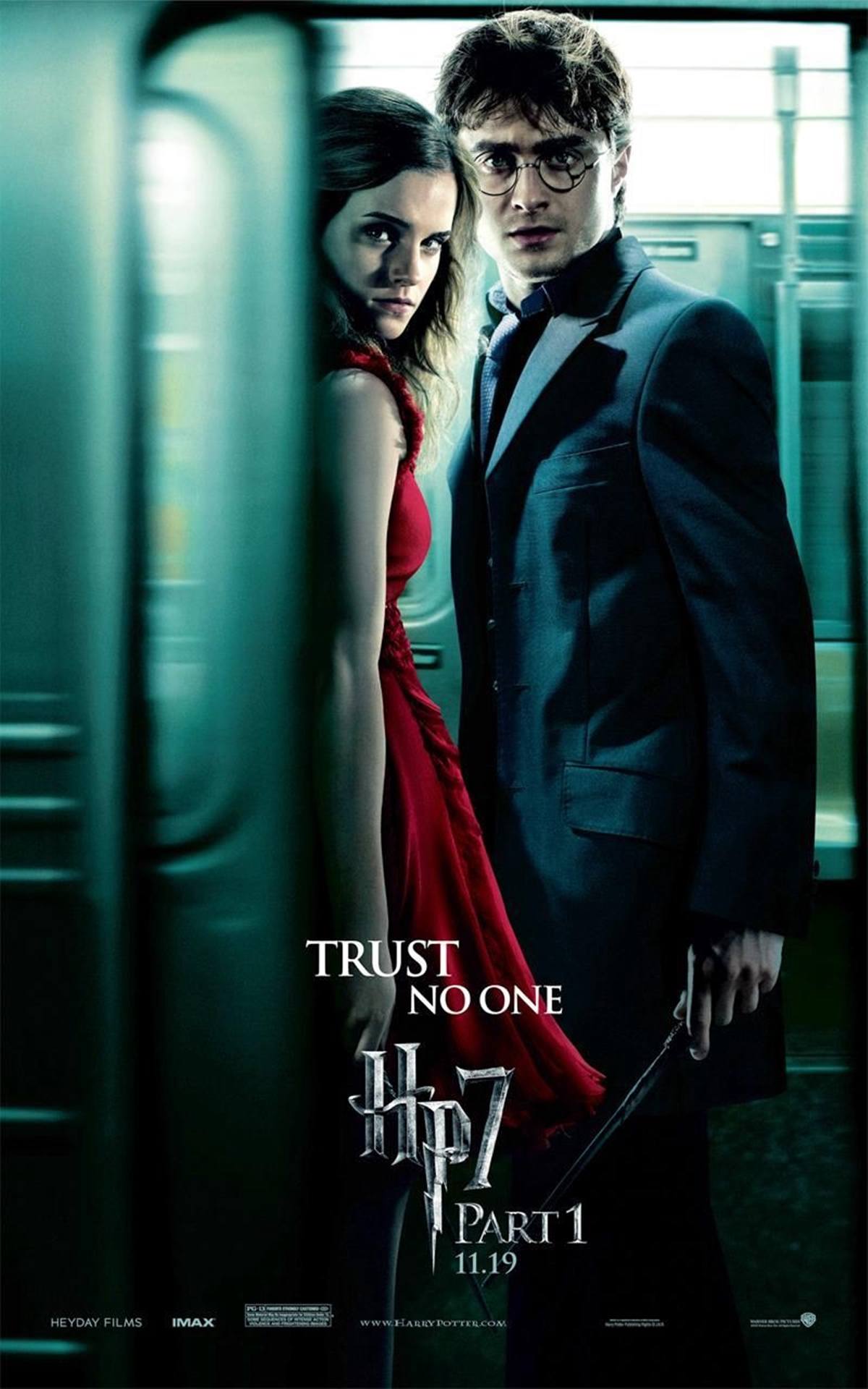 There seems to be an issue with perspective on this poster for Harry Potter And The Deathly Hallows – Part 2. Take a look at the top of Harry’s head, which is outside the train. But then Hermione is in front of Harry, but she’s inside the train. Our heads hurt!

Be sure to share this post with your friends and family so they too can take a look at these hilarious movie poster errors. And please do post a comment letting us know about any other movie poster mistakes that you think we should have included!