10 Games You Played In The Playground Back In The Day

Before mobile phones and electronic gadgets, we needed other ways to pass the time on school break times or after school with the friends who lived on our street. Here are 10 games you may have played as a child. 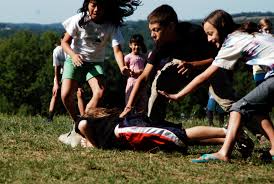 British Bulldog was a fast paced affair. One or two people were picked as Bulldogs and their aim was to tag players running from the ‘safe zones’ at either end of the playground. Once tagged, you yourself became a Bulldog. This process went on until only one free player was left untagged. If you were unlucky enough to fall over during your mad sprint, this would often insight the most brutal of all playground phenomenon, the Bundle, where everyone piles in on top of you whilst yelling ‘Bundle’ as loud as possible. 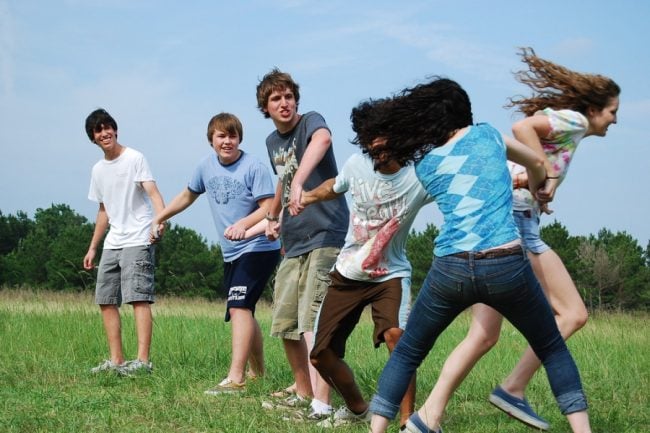 Two opposing teams link arms and stand facing each other approximately 30 feet apart. The first team starts by saying, Red Rover, Red Rover, send (insert name) over! That person must then make a mad dash and try to break the linked arms of the opposing team. Ripe for a few bruises this one! 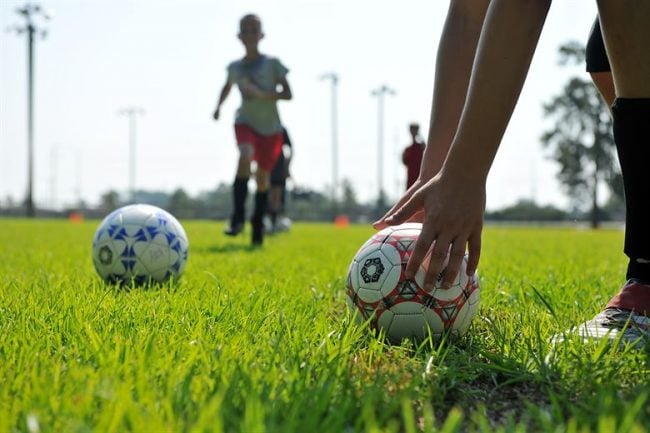 It’s a sunny day, perfect for a kick about with your friends. Anything goes rule wise and don’t forget the makeshift goal posts made out of two piles of jumpers. You’ll have to spend the rest of the day with a grass stained uniform but who cares! 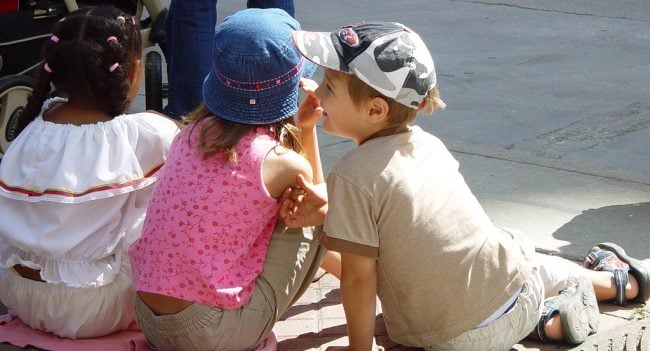 A long line of friends sit cross legged on the floor, the person at the beginning of the line whispers something to the person next to them. This message then gets transferred a long the line in the same manner until the last person reveals the message, which has usually undergone some minor alterations. There was always that one person who exchanged a word for something rude! 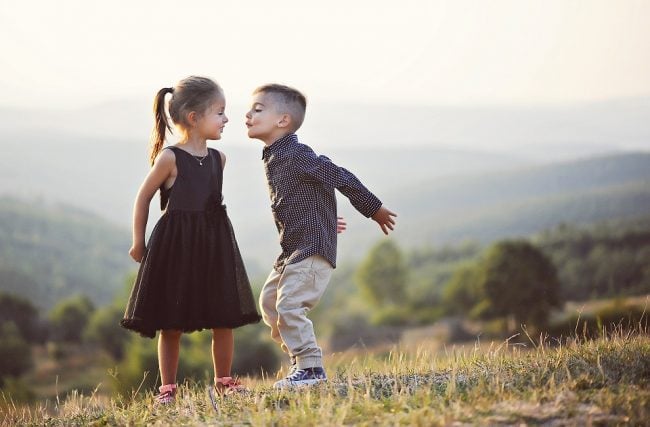 A romantic version of the classic ‘It’ only the tagged person had to pucker up! A good way of establishing who might have had a soft spot for you if they didn’t put up much of a fight to get caught. 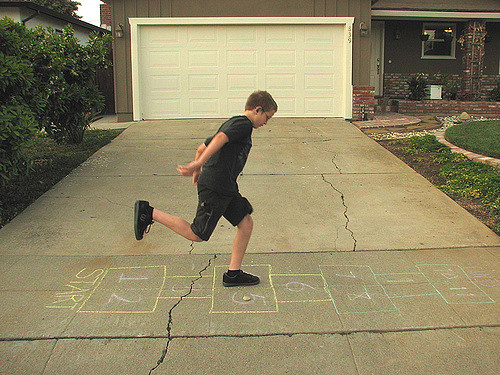 A good test of balance this one. It also gives the go ahead for some approved of street graffiti. Your friends were pretty scathing though if you missed a square or stepped on a line. 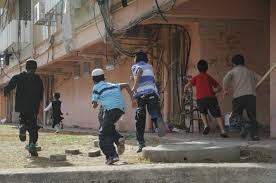 Someone is chosen as ‘it’ then covers their eyes and counts to 40 while the other players sneak off and hide. ‘It’ then goes off in seek whilst the players try to make it back to ‘base’ (usually a tree) without being seen or tagged. Adrenaline all round! 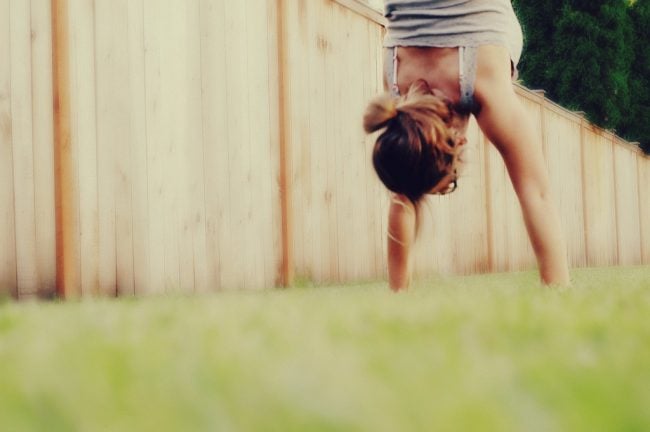 Simple but effective. The instigator of the game faces their subjects and says ‘go’ everyone must then produce their best handstand, the instigator chooses the best display and that person takes their place as the new judge. Optimum potential for a wardrobe malfunction for the ladies here however, with many a pair of white frilly pants on display. 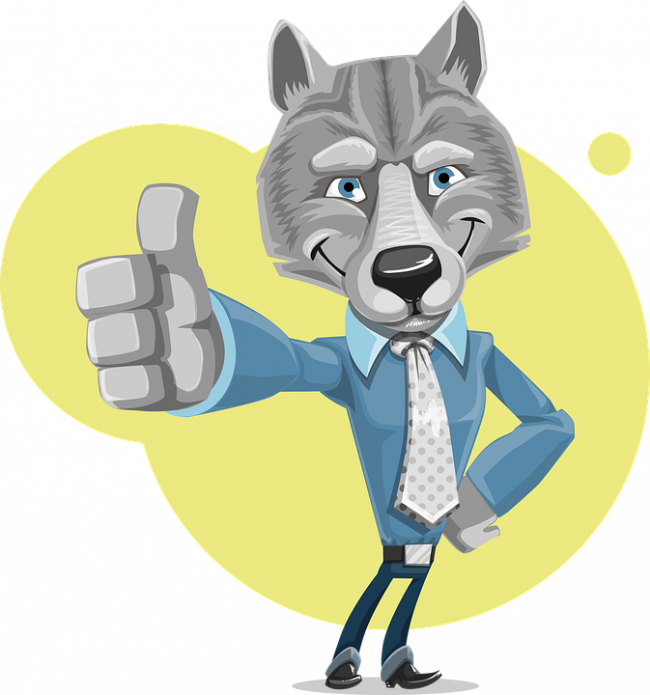 A few different versions of this game exist but the general idea is to sneak up on Mr Wolf – who is facing away from the players, before he turns and shouts ‘Dinner Time’ and tries to tag the next Mr Wolf. 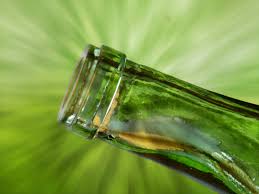 The Everest of potential for cringe worthy embarrassment was the game Spin the Bottle. The spin of the bottle decided who you kiss, the previous spinner decided for how long.

There are many variations on quite a few of these games. Did you and your friends have different rules for any? Are there any you played that aren’t on our list?