10 Holy Facts About The Vicar Of Dibley

There are a number of British comedy shows that you could label as classics, and whilst The Vicar of Dibley might not have accrued the worldwide fame of Fawlty Towers or The Office, there’s no doubt in our minds that it should definitely be considered one of the very greatest.

Originally running from November 1994 until January 1998 (although three sets of specials would also be made over the following seven years), The Vicar of Dibley never failed to make us laugh.

So we thought it was high time that we paid tribute to Geraldine, Alice, Hugo and the rest of the Dibley Parish by giving you the following 10 fascinating facts.

10. A real female priest was consulted during the show’s development for accuracy 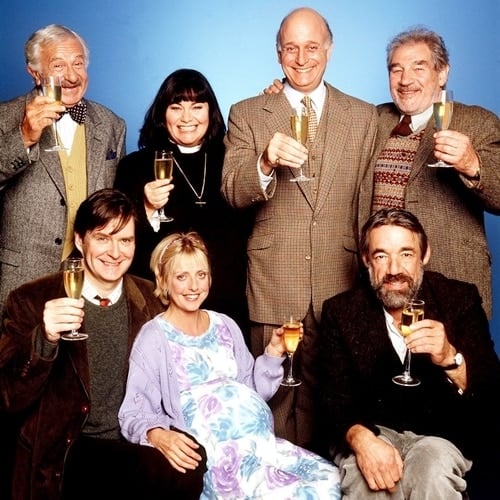 The Vicar of Dibley was created by Richard Curtis and written by Curtis alongside Paul Mayhew-Archer.

Curtis and Dawn French, who of course played the main character Geraldine Granger, acquired a lot of information from their consultations with Joy Carroll, who was one of the first female Anglican priests.

9. It was filmed in the same village as Midsomer Murders 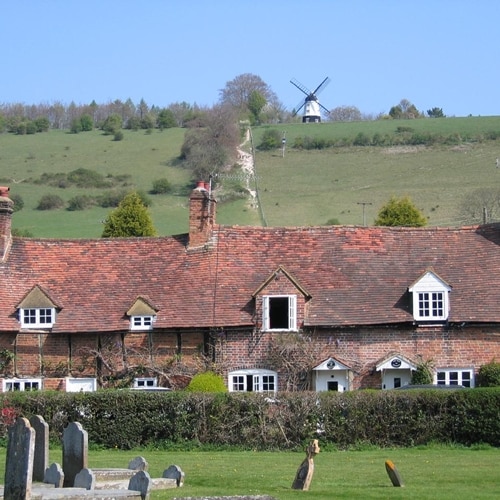 The Vicar of Dibley is set in the fictional Oxfordshire village of Dibley, but was actually filmed in the village of Turville near High Wycombe in Buckinghamshire.

Other TV shows to have been filmed in the very same village include Midsomer Murders, Foyle’s War, Goodnight Mister Tom and Marple. 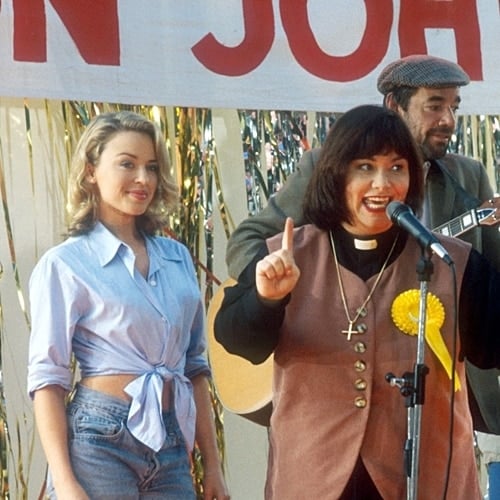 The Vicar of Dibley featured a number of high profile guest appearances from the vast and varied world of entertainment.

The show saw appearances from, among many others, Miranda Hart, Alistair McGowan, Terry Wogan, Jeremy Paxman, Sean Bean, and even Kylie Minogue!

7. It is the most successful British programme of the digital era 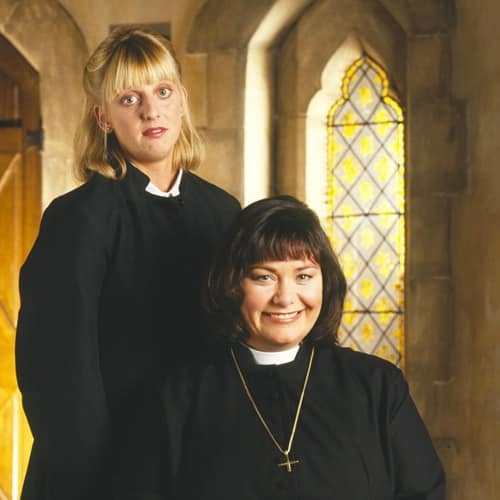 When it comes to viewing figures, The Vicar of Dibley is the most successful British TV programme of the digital era.

Even the Christmas and New Year specials that aired in the years that followed the original series ending all made it into the UK’s top 10 most popular programmes for that year. 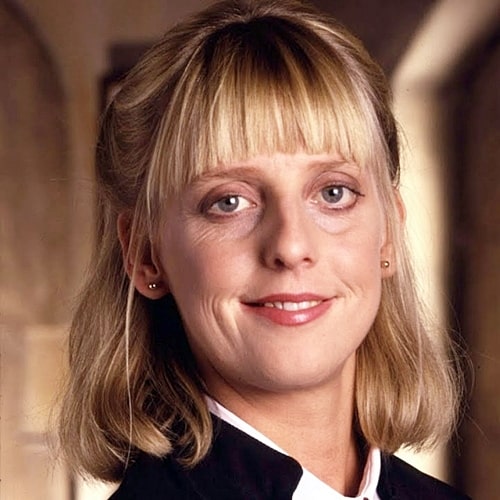 Emma Chambers, who played the hilariously ditzy Alice Tinker (later Alice Horton), sadly died only last year from a heart attack, at the age of 53.

Chambers also played Honey Thacker in the movie Notting Hill, and appeared in a number of other TV shows and theatre productions.

5. The theme tune was released as a charity single for Comic Relief 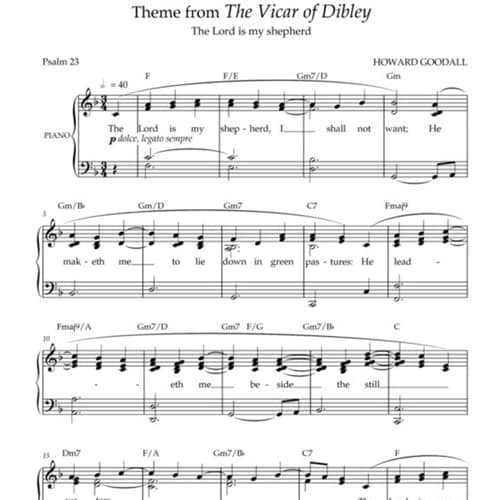 The Vicar of Dibley’s theme tune was performed by the choir of Christ Church Cathedral, Oxford, and was conducted by Stephen Darlington.

It was once released as a charity single with proceeds going to Comic Relief, and it was also used in the Mr. Bean episode ‘Tee Off, Mr. Bean.’

4. There have been Comic Relief specials as recently as 2015 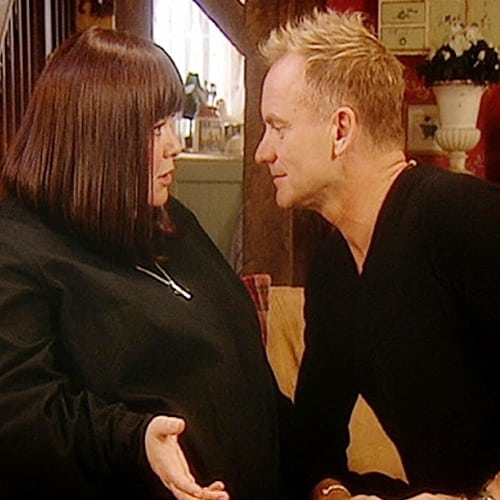 In addition to the Christmas and New Year specials, there were also six Vicar of Dibley shorts filmed for Comic Relief, the most recent being in 2015.

3. It was voted the third greatest British sitcom of all time 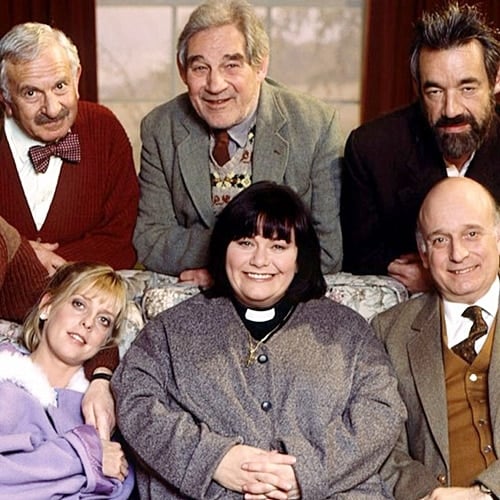 The Vicar of Dibley was voted the third greatest British sitcom of all time in a 2004 poll by the BBC.

It also picked up a number of awards over the years, including a handful of British Comedy Awards and two International Emmys.

2. There was very nearly an American version starring Kirstie Alley 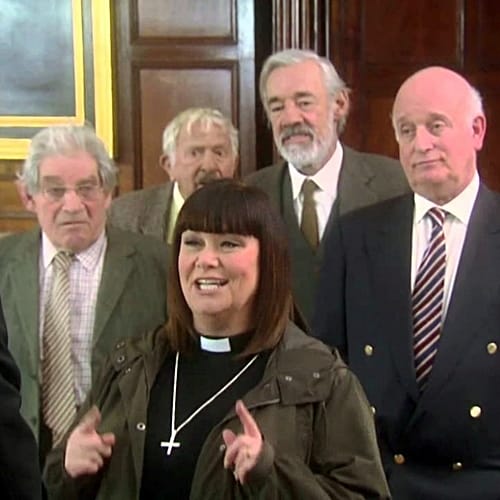 In 2007, Fox TV in the US revealed that they were planning to adapt The Vicar of Dibley into a sitcom called The Minister of Divine.

The idea for the show, which would have starred Kirstie Alley as a former black sheep who returns to her hometown as its first female minister, was eventually scrapped. 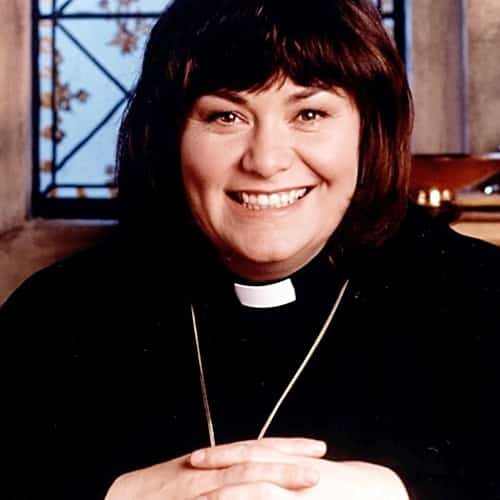 Following on from The Vicar of Dibley’s 2015 Red Nose Day special, Dawn French revealed that she would be interested in returning to the role.

French suggested that the new show would be called The Bishop of Dibley, which is something we would love to see!