Patrick Swayze Was More Than Just an Actor. Here’s Why

Whether as the captivating Johnny Castle in Dirty Dancing (1987) or the literally transcendent Sam Wheat in Ghost (1990), Patrick Swayze was a heartthrob like no other and was a bonafide 80s icon. As an actor, dancer, singer and songwriter, we all either wanted to be him or be with him. Following Swayze’s tragic death in 2009 at the age of just 57, a whole new generation became entranced by his charm, and now we look back fondly on an incredible career.

In this article, we’ll be celebrating Patrick Swayze’s life both for his amazing performances known the world over, as well as parts of his life that you might not have heard about before. It turns out there was a lot more to Swayze’s life – his talents, ambitions, and choices – than just two movies, even if they are certified classics, and once you’ve finished reading you’ll definitely view his career with a new sense of wonder.

He got his dancing talent from his mother 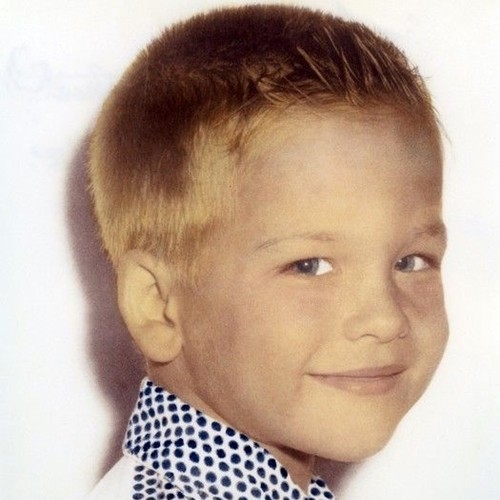 Most actors go through hardcore bootcamps when preparing for films, making sure they have the skills they need and can perform their roles convincingly – whether it be as a police officer, secret agent, or lawyer. But in Swayze’s case, everything he needed had come about all on its own.

Born on the 18th August 1952 in Houston, Texas, Patrick was the second child of Jesse and Patsy Swayze, and whilst his dad was an engineer, his mother worked as a choreographer, dance instructor and dancer. Until he was 20, Swayze lived in the Oak Wood neighbourhood of Houston and trained in classical ballet alongside his studies. It’s not surprising, given the intensity of his performance as dance instructor Johnny Castle, that Swayze had danced from an early age, but it’s remarkable to see how his passion for dancing honoured his mother.

Patsy Swayze (née Karnes) was hit by a car when she was ten years old, and enrolled in dance lessons as a form of physical therapy. Patsy would go on to found the Swayze School of Dance, in which she trained all five of her children, including Patrick, who would also meet his future wife there. Sadly, Patsy Swayze died in 2013 at the age of 86 due to complications from a stroke.

The knee injury that ended his sports career 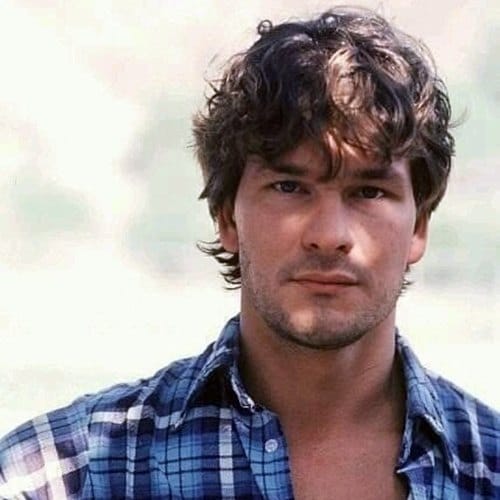 Despite his love of dancing, Swayze had once hoped to become a professional footballer, and aimed to receive a football scholarship for college. Unfortunately – or perhaps fortunately for the rest of us – he sustained a serious injury to his knee during a game in his senior year. Again taking the lead from his mother’s life, Swayze transferred his energy to gymnastics and dance, which helped him to heal.

The injury reared its head again in 1976 when a blood infection settled in his previously injured leg, with doctors concerned they might have to amputate if Swayze were to survive. Thankfully such a drastic step was found to be unnecessary, a stroke of good fortune that he later described as “miraculous.” While he was able to continue dancing, his co-star Jennifer Grey has said that the injury caused him immense pain during the filming of Dirty Dancing, particularly for the movie’s iconic lifts. Despite his passion for movement, his early injury stayed with him throughout his career.

At the same time, Swayze became particularly proficient in martial arts – such as Taekwondo, Aikido, Wushu, and others – through which he channeled his “self-deprecating rage.” The relationship between these martial arts and dancing helped him pursue a professional career in dance.

His time as a professional dancer 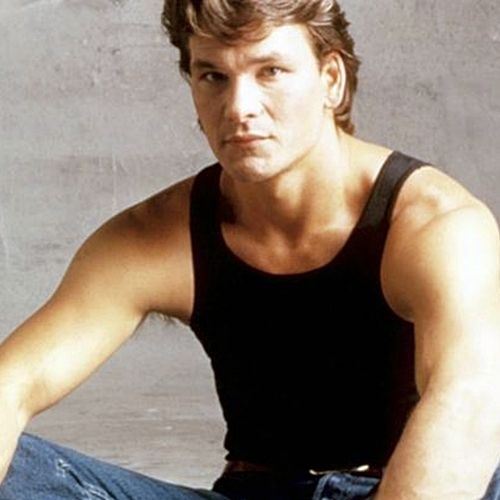 In 1972, Swayze moved to New York City to complete his formal dance training, enrolling at the Harkness Ballet and the Joffrey Ballet Company until he was aged 24. During this time he also found work as a professional figure skater, and made his professional debut in an arena show called Disney on Parade, in which dancers – dressed as Disney characters – would perform routines and greet members of the audience. Disappointingly, little information exists on Swayze’s exact role, but children at the time could well have high-fived Donald Duck and in fact have met a seminal. 80s icon.

His biggest dance breakthrough occurred when he was cast as Danny Zuko in a replacement cast for the evergreen Broadway production of Grease, during which time his good looks and dance reputation earned him a starring role in Skatetown, USA (1979), a cash-grab roller disco film in which Swayze competes for a $1,000 prize. Thin on plot and making only modest returns – as well as most of the crew being beset with cocaine addictions – Swayze nonetheless earned praise for his dizzying male sexuality. The Los Angeles Times commented: “Patrick Swayze sizzles.”

The feud with Jennifer Grey 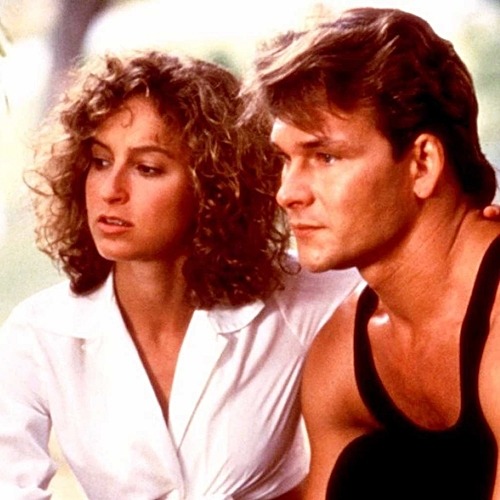 Through his well received performances in television – particularly as Private Sturgis in M*A*S*H who, forebodingly, discovers he has cancer – Swayze caught the eye of legendary director Francis Ford Coppola, and was cast in his 1983 coming-of-age film The Outsiders alongside C. Thomas Howell and Emilio Estevez. Howell and Swayze would reunite for another project in 1984: Red Dawn, directed by John Millius and also starring Charlie Sheen, Lea Thompson, Harry Dean Stanton and… Jennifer Grey. The film is set against the backdrop of World War III and a Russian invasion of the USA. A group of high school students band together to fight back with guerrilla warfare.

Despite the romance and undeniable chemistry between Grey and Swayze in Dirty Dancing, they reportedly had a difficult working relationship dating all the way back to a clash of personalities while working on Red Dawn. In fact, Grey was reluctant to star alongside Swayze again, but was convinced to go ahead with the film after dance tests between the two stars were successful. Screenwriter Eleanor Bergstein described the connection between them “breathtaking.”

This show of vulnerability made him an icon 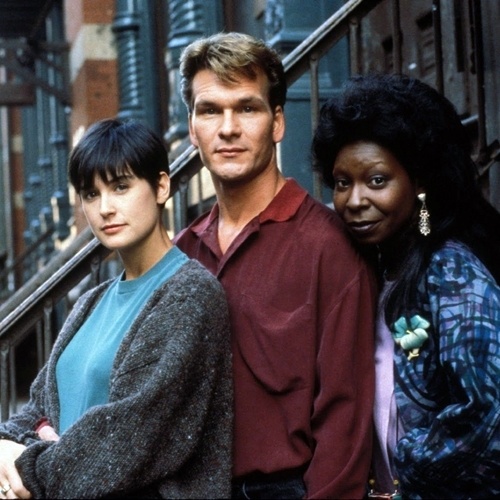 By the late 80s, Swayze had become a household name. Although Dirty Dancing was disliked by the film executives overseeing its production, and a corporate sponsorship from Clearasil fell through due to its abortion subplot, and it had a meagre initial budget of $5 million (less than half the average budget for the time), the film was a stratospheric success. It earned an utterly jaw-dropping $214.6 million at the box office. Swayze, to echo an earlier note, was sizzling hotter than ever before.

That said, Swayze’s other iconic role, Sam Wheat in Ghost, didn’t exactly fall into his lap. Despite his burgeoning reputation as a sex symbol and the substantial commercial success of Dirty Dancing, Swayze was still generally viewed as an action lead, having previously starred in Uncommon Valor (1983), the aforementioned Red Dawn, and the post-apocalyptic sci-fi flick Steel Dawn (1987).

But the death of his father changed everything.

Swayze has described how, despite the enormous debt he owes to his mother, it was his father who provided affection in the family. In fact, his mother had often been physically abusive, and only stopped when his father threatened divorce. In the aftermath of his father’s death, Swayze gave several interviews, and in some of them broke down in grief. Producers for the Ghost recognised this vulnerability, as well as the themes of grief in the film, and went ahead with casting Swayze. The film went on to receive five Academy Award nominations, including for Best Picture, and Best Supporting Actress, which was won by Whoopi Goldberg. 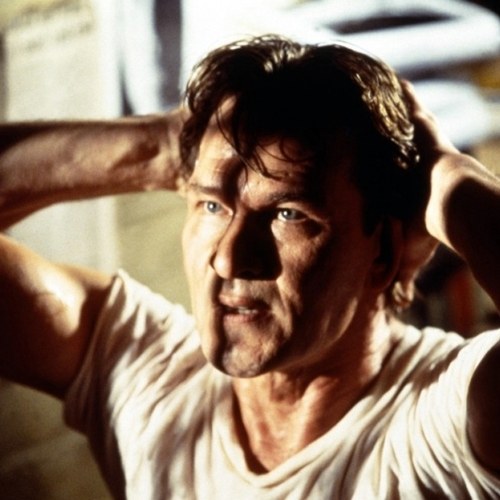 After Ghost, Swayze was riding high. The next year, 1991, he starred in Point Break alongside Keanu Reeves, and was also named the sexiest man alive by People magazine. From small beginnings at a dance school in Houston, Swayze had hit the big time. Sadly, the 90s were a period of deep professional anxiety for Swayze.

“I was in the place I’d always dreamed about, but I was also in the same place I’d always been in, trying to find something worth a hill of beans to do. For months I read at least 10 scripts a week and I got very frustrated.”

His sister, Vicky, had long suffered with depression, and in 1994 committed suicide, which cast the actor into despair and a resurgent problem with alcohol. Following periods in rehab, Swayze mostly retired to a ranch in New Mexico to breed horses, becoming very selective with the films in which he performed. He starred in Letters from a Killer (1997) as a man who is falsely convicted of killing his wife, who then begins to correspond with four sympathetic women by mail. Unfortunately, filming had to be halted for two months after a horse riding accident in which Swayze fell and hit a tree, breaking both of his legs and suffering four detached tendons in his shoulder.

To add insult to literal injury, the film went on to receive a mixed to negative critical and commercial response. Swayze struggled to revive his career both the failure of the film and his serious injuries. 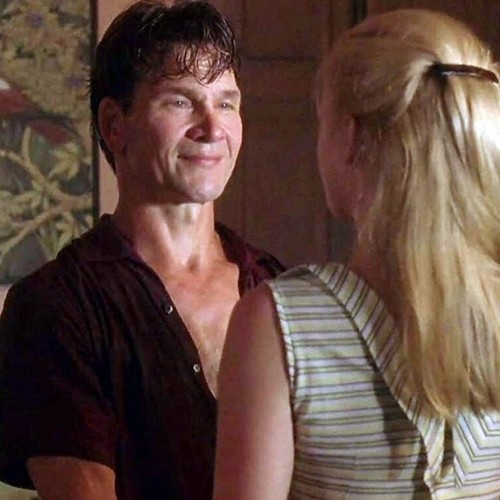 Following his injuries, Swayze’s film roles became more and more sporadic, though he struck up a revived stage career, starring in Guys and Dolls in a praised London production. In the early noughties, however, rumours spread that a Dirty Dancing sequel was going to be made. Instead, a prequel was produced.

The film, Dirty Dancing: Havana Nights (2004), was originally a serious political drama about the Cuban revolution, but was heavily reworked to use the same basic plot as Dirty Dancing while still being set in the past. Swayze makes a relatively minor appearance – not as Johnny Castle, but as an unnamed dance instructor who encourages the lead, Katey (Romola Garai) to enter a dance contest.

Despite the role being little more than a cameo, Swayze received $5 million for his appearance, a colossal sum compared to his fee for the original: a mere $200,000.

His wife kept him strong during his illness

Swayze’s stalled career was given a lifeline: he was cast as the lead in a new crime drama series – The Beast – about a renegade FBI agent whose maverick methods nonetheless get results. The cookie cutter summary belies the fact that Swayze’s character, Charles Barker, is an expert actor and is himself being investigated by the FBI, who are suspicious that he has been lured into criminal activity.

Having filmed the pilot, Swayze began to feel a burning in his stomach and was diagnosed with stage IV pancreatic cancer in early 2008. While initial treatments appeared to be successful, by April 2009 the cancer had metastasised to his liver, in part caused by his heavy lifelong smoking habit. By September, the end was near.

Swayze met his wife in 1975, Lisa Niemi, while they were both enrolled at his mother’s dance school, and they married in June 1975. Throughout Swayze’s struggles with injury, alcoholism, and family trauma, as well as Niemi having a miscarriage, their marriage remained strong.

Patrick Swayze died on September 14th 2009. His ashes were scattered over his New Mexico ranch. 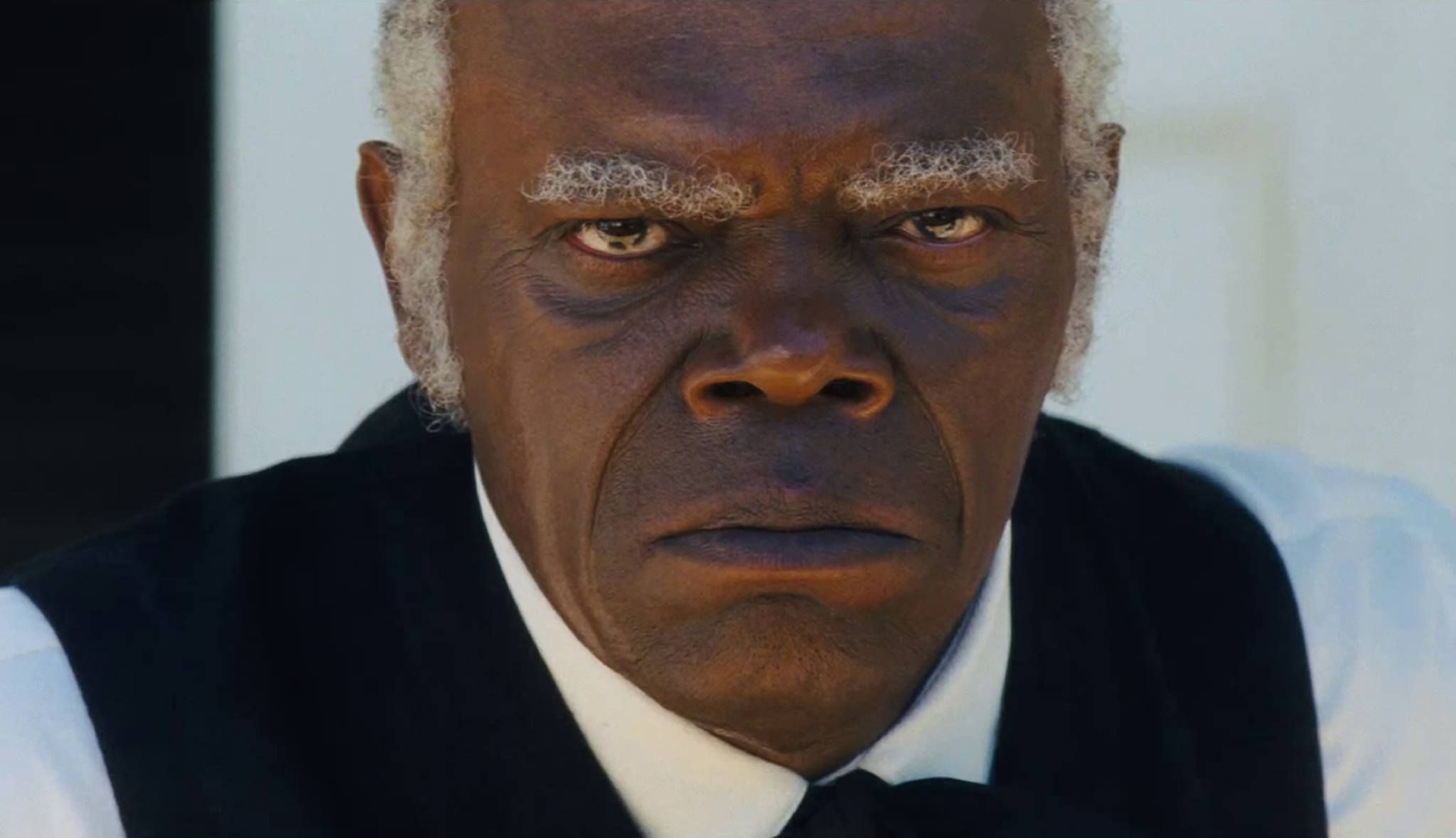 A year before his death, Swayze revealed that his wife was inspiration for She’s Like the Wind, a song that Swayze co-wrote and performed for the Dirty Dancing soundtrack. While the song was originally intended for Grandview, USA (1984), Swayze shared the demo with the producers of Dirty Dancing, who liked the song so much they insisted it be put on the soundtrack.

The song became a hit all on its own, peaking at number 3 on the Billboard charts. Niemi and Swayze famously danced to the ballad at the World Music Awards in 1994.

In interviews to promote her 2011 memoir, Worth Fighting For, Niemi reflected on her relationship with her late husband.

“In the quiet of Monday morning, September 14, I looked at his face and listened to the tiny sips of air he was taking. There was something delicate, childlike about it. I knew it was time.

“When you lose someone, you never stop loving them and it’s … I feel like I have a different relationship with him now,” Lisa Niemi said. “It’s just, he’s not physically present, you know what I mean?