In 1987, Throw Momma from the Train was released to mixed reactions, but the film nonetheless saw two of the finest actors of the decade working together, with Billy Crystal and Danny DeVito playing two men who both want someone out of their lives for good and think that they can help each other out in the darkest possible way.

The film often gets overlooked but is well worth a watch if you’ve never seen it and a re-viewing if you haven’t seen it in a long time. Let’s take a look back at the film with some facts you may not have known…

10. DeVito used himself for inspiration 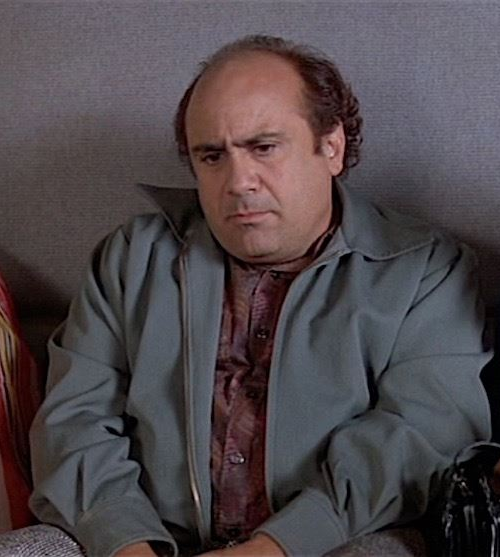 In one scene in the film, DeVito’s character Owen shows Crystal’s character Larry his coin collection.

This was based on DeVito’s love of sharing his hobbies with his friends when he was growing up and wanted to show this in the film.

9. Warner Bros initially refused the film’s request to reference Strangers on a Train 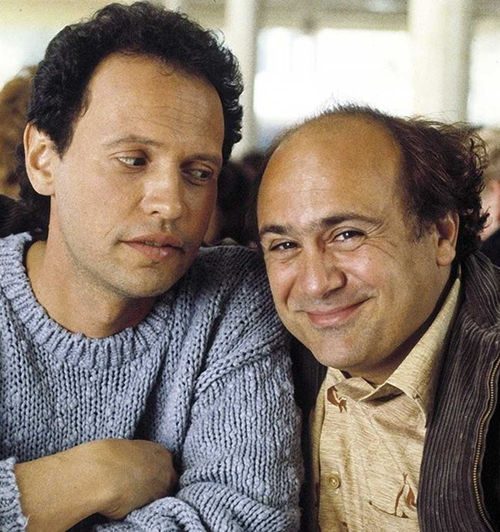 During the movie there are several references to the Warner Bros movie Strangers on a Train. When going to Warner Bros, film company Orion found it very difficult to get the studio to allow them the rights to use the references to their film in Throw Momma from the Train.

To get the rights to reference Strangers on a Train, Orion had to allow Warner Bros the rights to the movie Arthur so they could produce a sequel, Arthur 2: On the Rocks.

8. Ramsey performed her own stunts 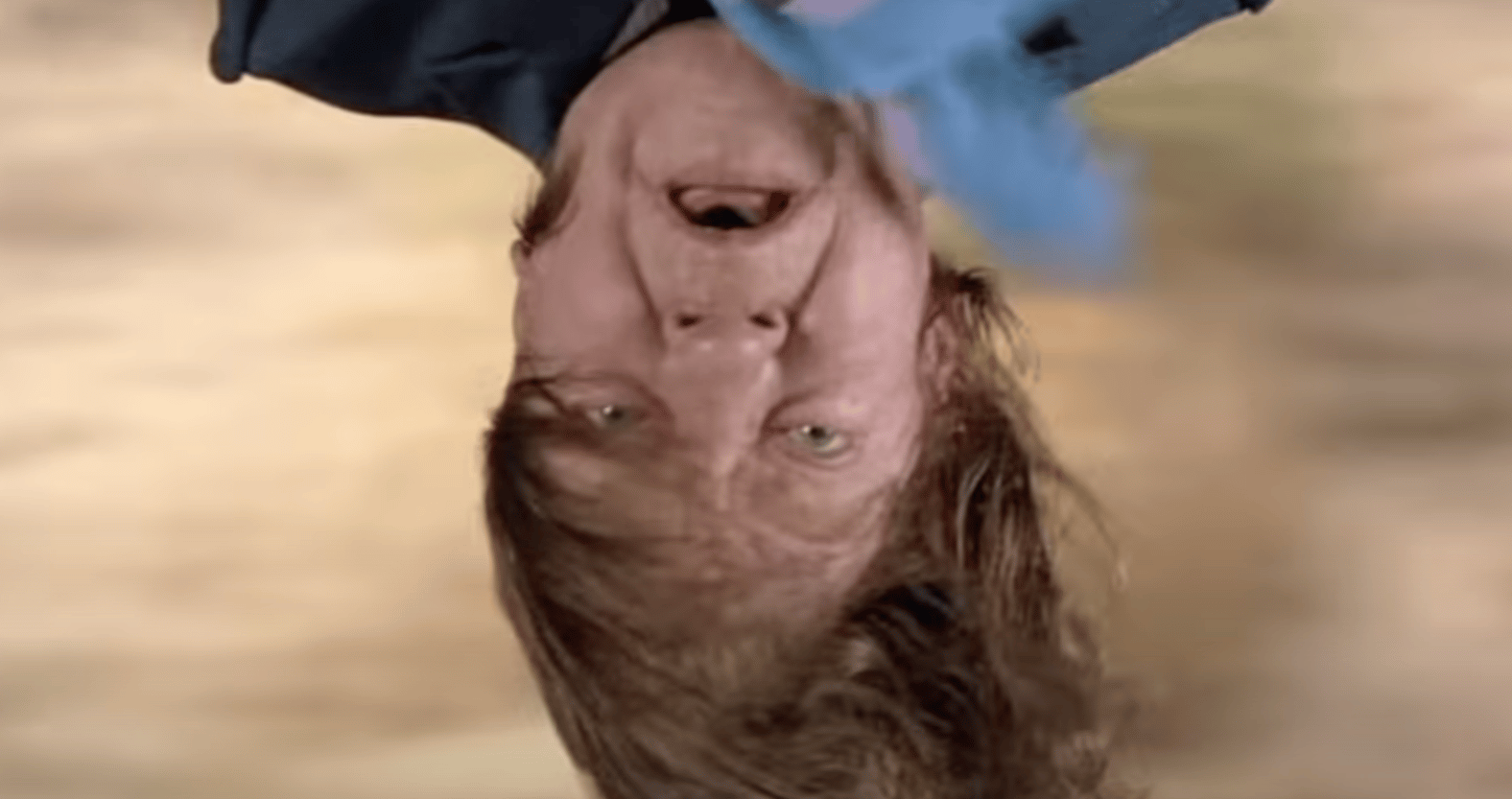 In the 70s, Ramsey had made a name for herself in some big TV shows, including Little House on the Prairie and Wonder Woman. However, few would have considered Anne Ramsey a potential action star.

So it might surprise you to learn that the 58-year-old Ramsey performed her own stunts in Throw Momma from the Train – specifically, when Momma is thrown from the train.

7. Anne Ramsey was undergoing treatment for throat cancer during filming 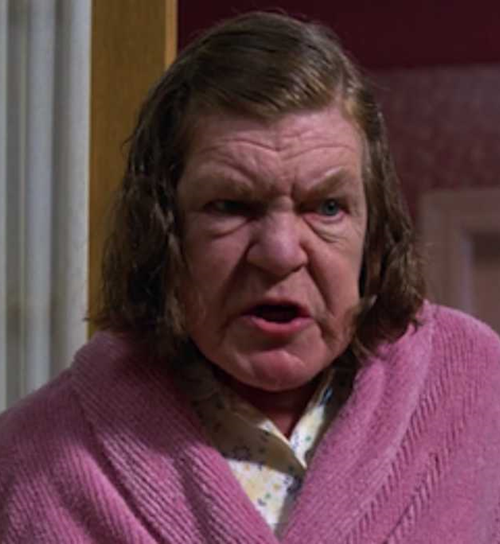 Whilst filming Throw Momma from the Train, Anne Ramsey was undergoing treatment for throat cancer.

She had to have oral surgery, but never asked for any time away from the production or to be excused from work.

6. Ramsey was Oscar-nominated for her work in the film 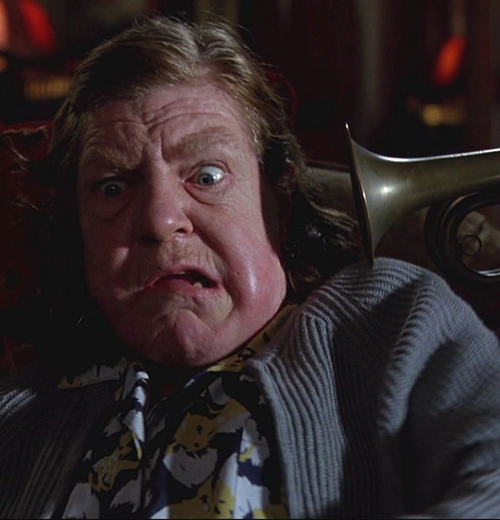 Anne Ramsey was recognised for her role in Throw Momma from the Train with her only Oscar nomination as Best Supporting Actress.

That’s despite the fact she only has ten minutes of screen time! 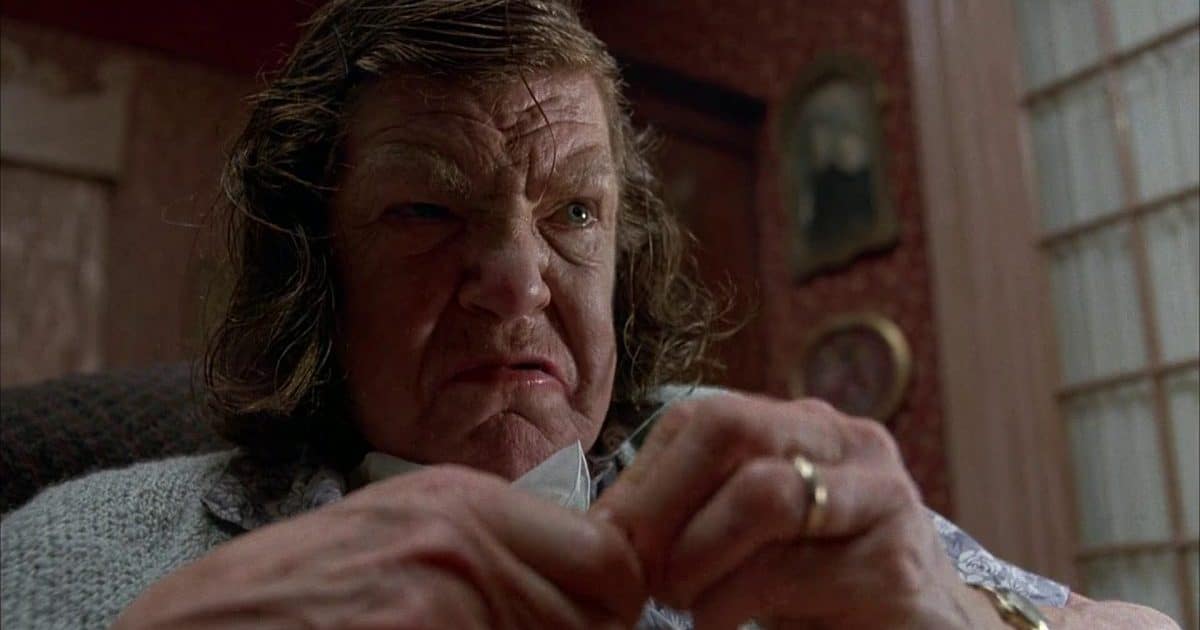 Anne Ramsey’s career is remarkable in that she had her biggest pop culture breakthroughs at the very end of her life, starring in Throw Momma from the Train and The Goonies in quick succession. Sadly, her recurrent esophageal cancer would claim her life in 1988.

That makes it eerie when Larry mentions at the end, during the film’s flash forward to 1988, that Momma is dead.

4. In one scene, DeVito hits Crystal with a frying pan that’s clearly made of rubber 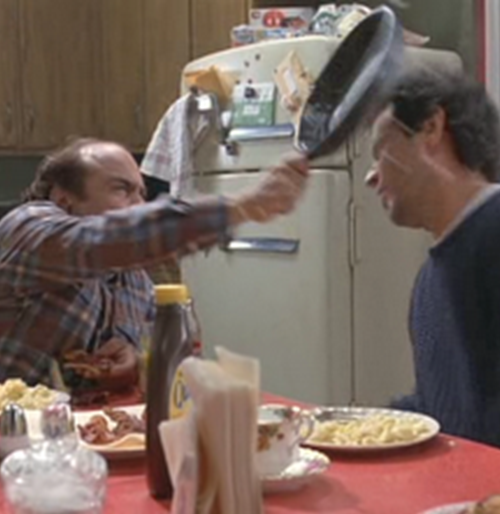 Fake props are often used for slapstick scenes, and during the film Billy Crystal is hit by Danny DeVito with a frying pan.

It’s clearly a rubber frying pan and you can even see it bend if you look closely at the scene.

3. DeVito was ill throughout shooting 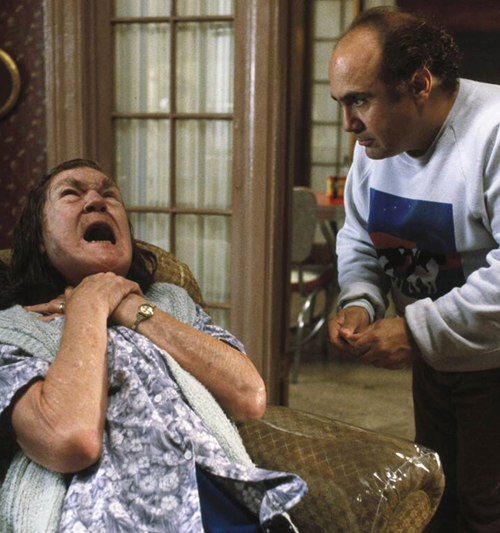 Whilst filming Throw Momma from the Train, Danny DeVito suffered from an illness and was hit with flu-like symptoms.

He has stated that the only things that helped him to get through this time were cigarettes and chocolate!

2. DeVito rides a Sunset cab in one scene, a nod to his sitcom Taxi 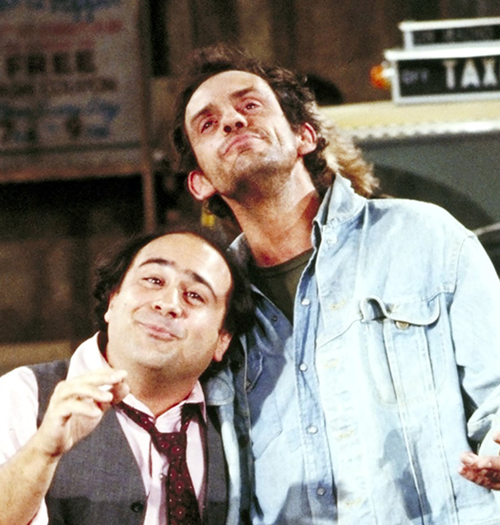 During the film, DeVito’s character is seen travelling in a Sunset cab.

This is a nod to the classic comedy series Taxi in which DeVito’s character in the show worked for Sunshine Cab Co.

1. Bill Murray and Robin Williams were considered for the DeVito and Crystal roles 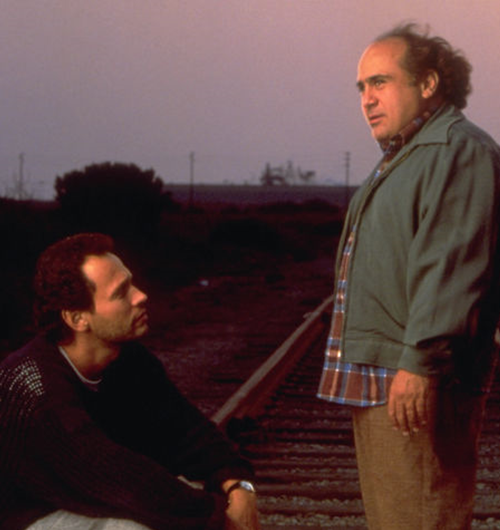 Before DeVito and Crystal were confirmed for their roles in the movie, Bill Murray and Robin Williams were considered for the roles of Larry and Owen respectively.

Bob Hoskins, Christopher Lloyd and Michael Keaton were all at some point rumoured to have been considered.