He has starred in countless comedy classics, including Ace Ventura: Pet Detective, The Mask, Dumb and Dumber and Bruce Almighty, but we put to you that 1997’s Liar Liar is the greatest film of Jim Carrey’s entire career.

It saw the rubber-faced genius taking on the role of Fletcher Reede, a heartless lawyer who is placed under a curse that prevents him from telling any lies for an entire day, which of course results in countless hilarious situations. Below are 10 things you probably didn’t know about a film that was described by one reviewer as “a laugh riot.”

10. Robin Williams turned down the opportunity to play the lead role 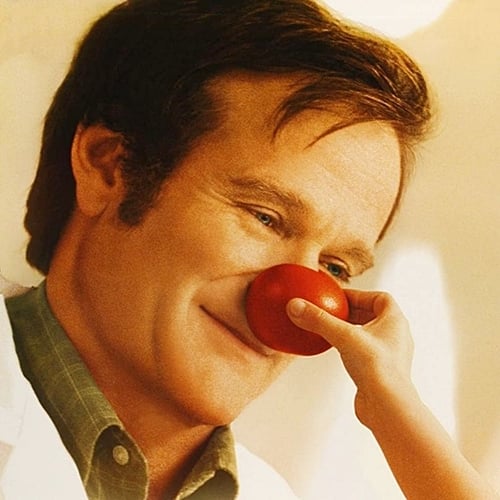 The late, great Robin Williams turned down the opportunity to play the lead role in Liar Liar, but he did pair up with the film’s director Tom Shadyac only a year later.

9. Jim Carrey turned down the role of Dr. Evil in order to star in it 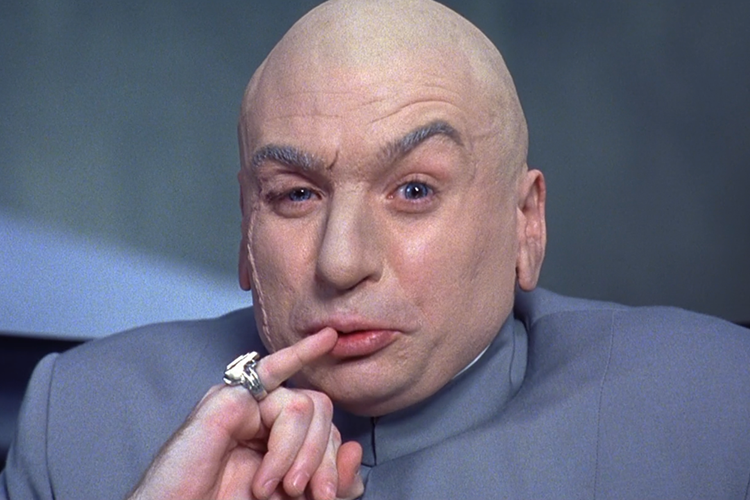 Jim Carrey was interested in playing Dr. Evil in Austin Powers: International Man of Mystery, but he decided to turn down Mike Myers’ offer when the opportunity to star in Liar Liar arose.

Myers was not initially planning on playing more than one character in his Austin Powers films, but after Carrey jumped ship he cast himself in the Dr. Evil role.

8. Its plot has a number of similarities to an episode of The Twilight Zone 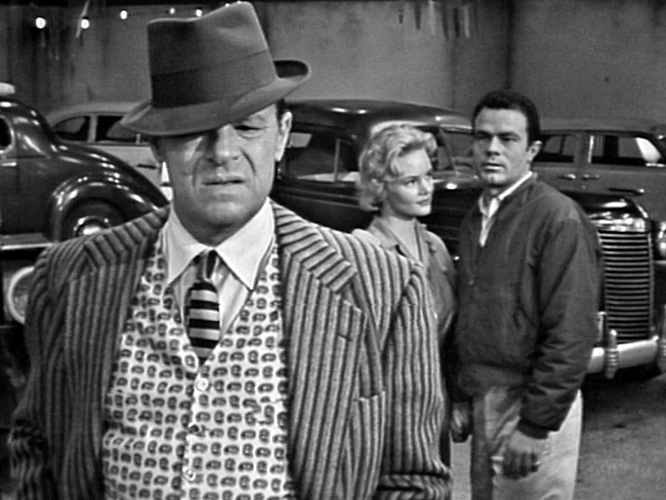 As well as being considered by some to be a remake of the 1969 musical comedy A Day Without Lying, many reviewers pointed out that the plot in Liar Liar is very similar to an episode of The Twilight Zone called ‘The Whole Truth.’

In the episode, which originally aired in 1961, a used car salesman cheats a man out of his car, only to learn that whoever owns the vehicle is compelled to tell the truth at all times. 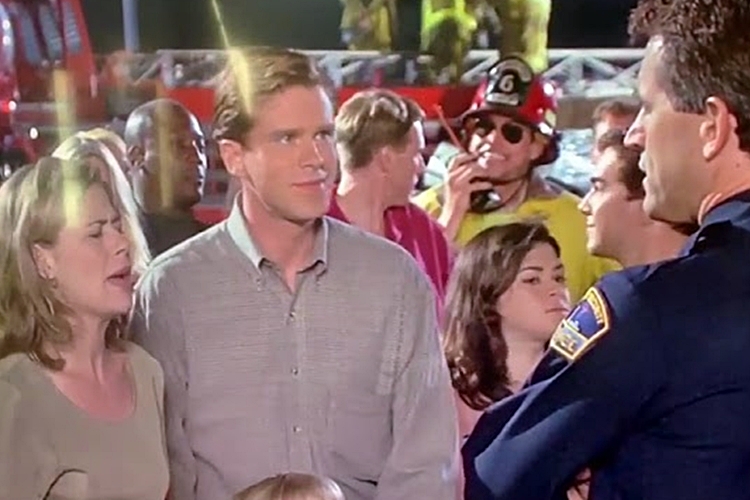 Even if you’ve viewed this rewatchable classic multiple times, you may have failed to spot that Jim Carrey actually plays two different characters.

As well as playing the main character Fletcher Reede, Carrey also makes a brief appearance as Fire Marshall Bill, a character he also portrayed in the popular 90s sketch comedy series In Living Color, and who can be seen in the background holding a walkie-talkie towards the end of the Liar Liar. 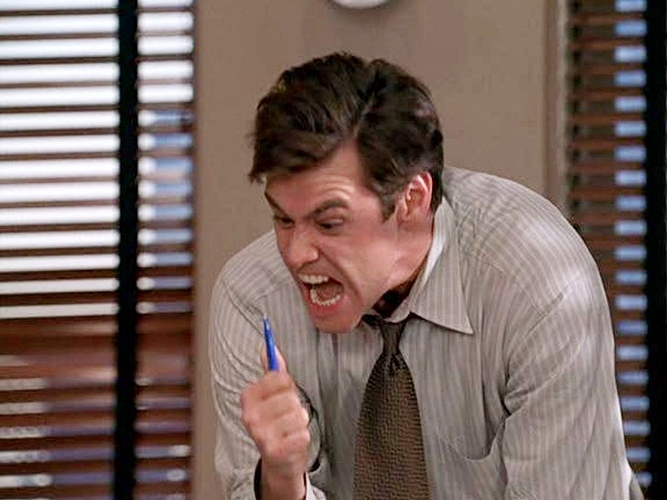 Jim Carrey later revealed that constantly being expected to give increasingly manic performances during the film’s shoot eventually took its toll on him.

“It was this constant suppression of angst, completely freaking out all the time,” the actor has said in an interview, continuing “I would go home with total exhaustion.”

5. Carrey really did beat himself up in the bathroom scene 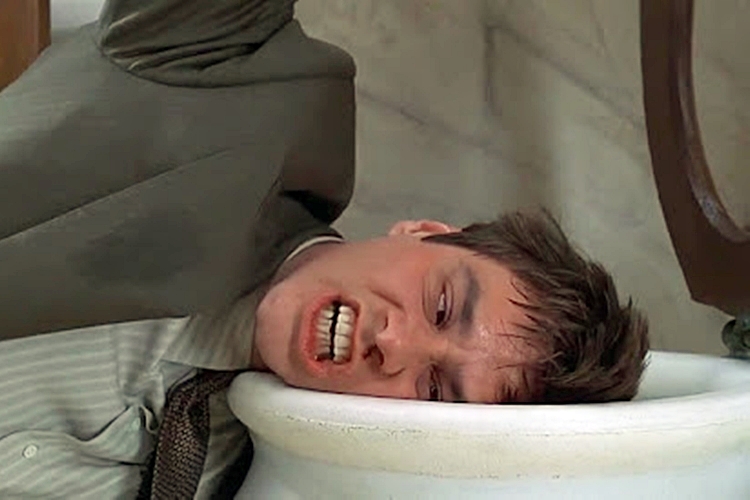 Jim Carrey’s commitment to his art was none more evident than during the scene in which he beats himself up in a bathroom.

Unbelievably, no sound effects needed to be added to this scene whatsoever, because what you hear are the real sounds of Carrey’s head hitting the floor, walls and urinals. 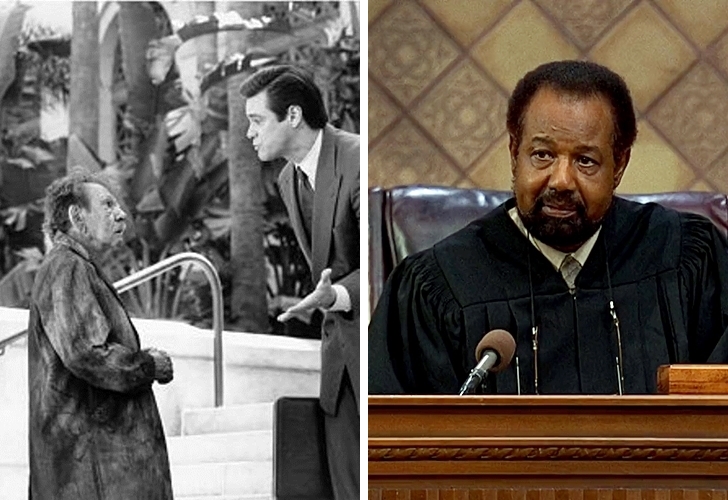 Liar Liar was the final role of Death of a Salesman actor Don Keefer, who retired shortly after completing his work on the film, and passed away in 2014 at the age of 98.

The film is also dedicated to Blue Thunder and WarGames actor Jason Bernard, who died not long after shooting wrapped when he suffered a heart attack, causing him to crash the car he was driving.

3. The actor who played Fletcher’s son Max now works as a sports commentator 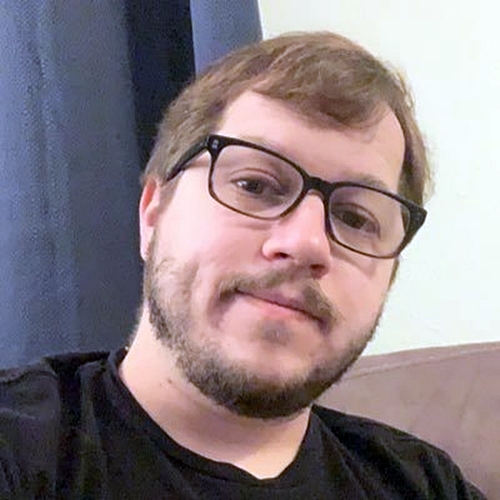 The role of Fletcher Reede’s son Max was played by Justin Cooper, whose only other big screen role was the lead in the 1998 straight to video family comedy Dennis the Menace Strikes Again.

Cooper’s final acting role was in the 1999 TV show Brother’s Keeper, and the former child star now works as a sports commentator for Fox Sports Radio.

2. ‘The Claw’ was a game that Jim Carrey’s father played with him and his siblings 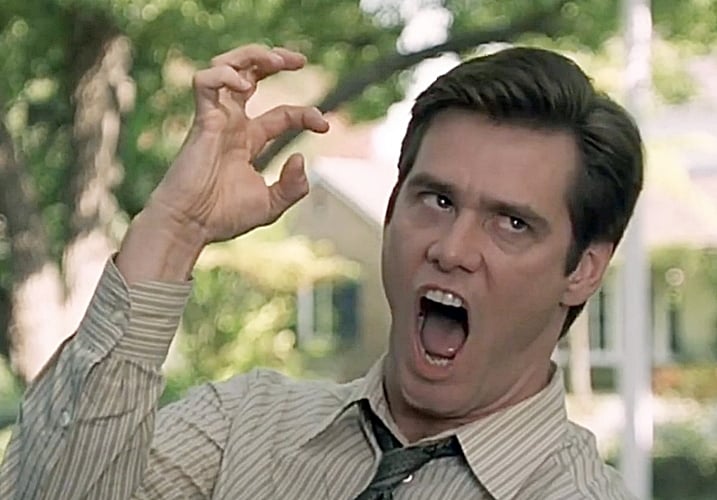 Liar Liar starts and ends with Fletcher Reede playing a game with his son Max, where he pretends that his hand is an evil claw pursuing his fleeing son.

Jim Carrey later revealed that ‘The Claw’ game was something that his father played with him and his three older siblings John, Patricia and Rita when they were growing up.

1. It is one of Universal Pictures’ biggest all-time earners 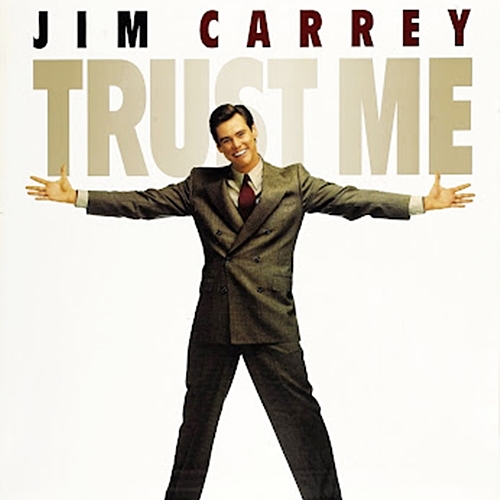 Liar Liar proved to be a big success at the box office, making over £300 million from a budget of $45 million.

In fact, it made more money in its first three days of release than nearly every film in Universal Pictures’ impressive back catalogue, only coming second to Steven Spielberg’s Jurassic Park.