Back in the 1980s, if you’d have told us that we would one day be able to own gaming machines that could store hundreds of games, then we would most definitely have laughed right into your face. Below are 10 handheld electronic games that only true 80s kids will remember, so be sure to post a comment letting us know how many you personally recall, and more importantly, whether you were lucky enough to actually own any of them! 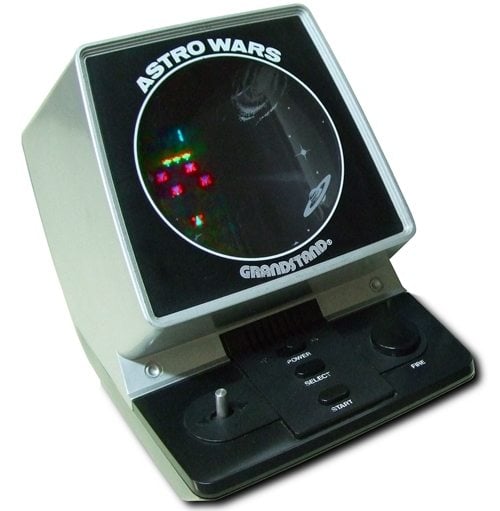 Manufactured by Grandstand, Astro Wars was made in the UK and was originally released all the way back in 1981.

Astro Wars was a shoot ‘em up that saw us repelling waves of alien invaders, and it went by the name ‘Super Galaxian’ for its Japanese release. 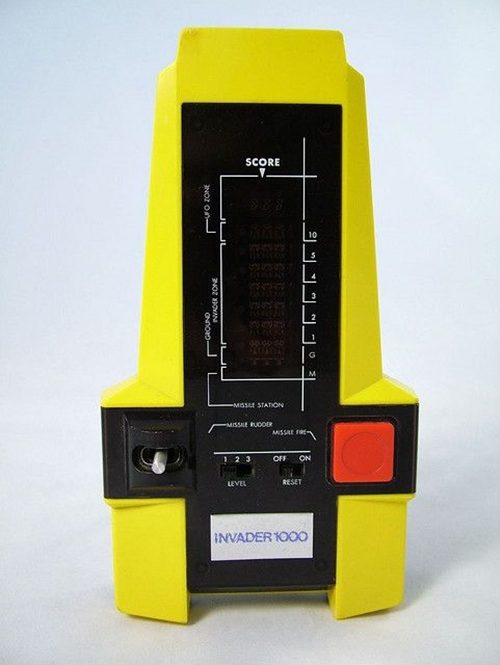 Another simple but addictive game that saw us fighting against evil alien invaders, Galaxy Invader 1000 is one of the most recognisable electronic games of the early 1980s.

Who can forget the long, slick, yellow design, with the massive read ‘fire’ button that would never break despite us hammering it for hours on end? 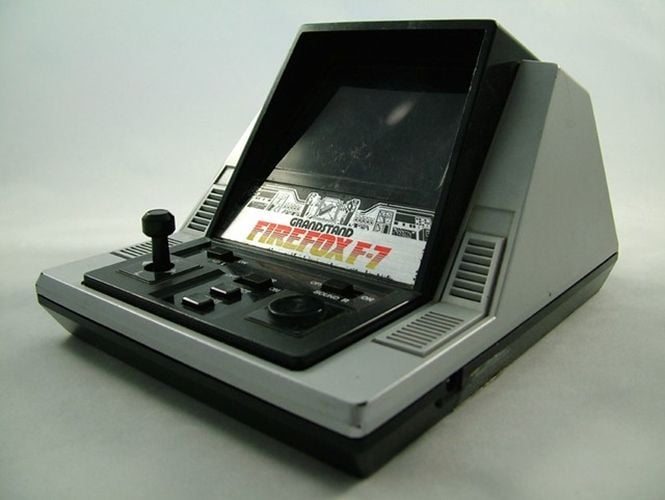 Another game that was manufactured by Grandstand, Firefox F-7 took gaming to the next level.

Firefox F-7 was basically Star Wars without the licence, seeing us taking on the role of ‘Luke Skywalker’, battling in the ‘Death Star Trench’ against waves of ‘Tie Fighters’. 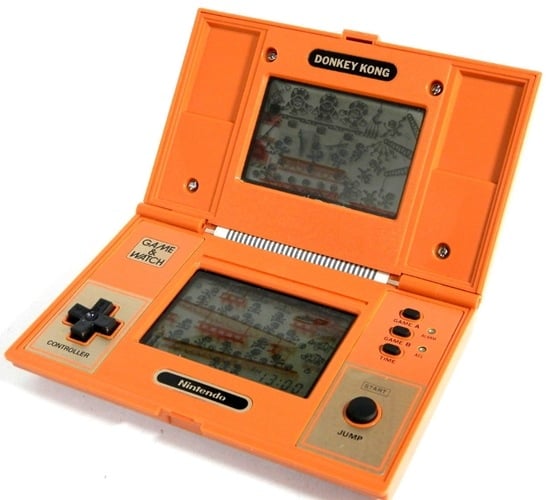 Nintendo produced a whopping 47 Game & Watch games between 1980 and 1991, and it’s extremely difficult for us to pick our favourite.

If we’re forced to then we would have to go with the classic that is Donkey Kong, a game that had us hooked for months on end. 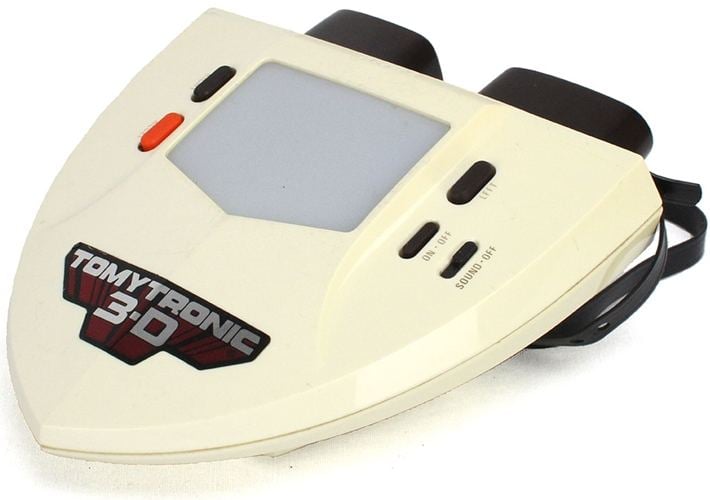 Seven Tomytronic 3D games were released, and whilst we also personally owned the brilliant Skyfighters, it was the white Thundering Turbo game that had us hooked the most.

Seeing us race against other cars on a constantly rotating track meant that Thundering Turbo kept us hooked for hours! 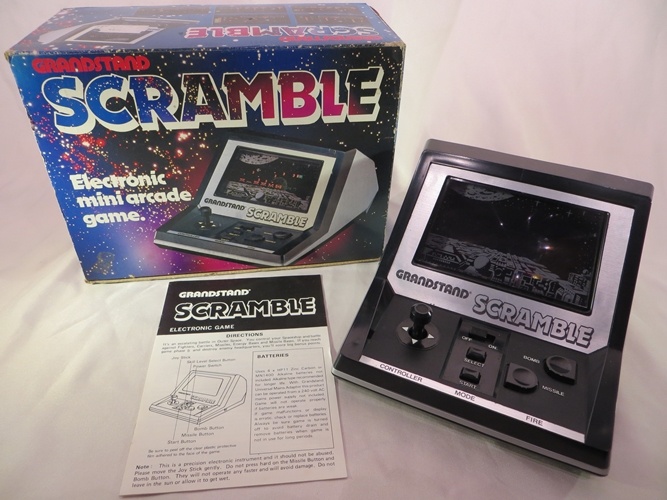 Another game released by the prolific Grandstand, Scramble was based on the arcade cabinet game of the same name.

Scramble was one of the earliest side scrolling shooters, paving the way for the many games of this type that would be released in subsequent years. 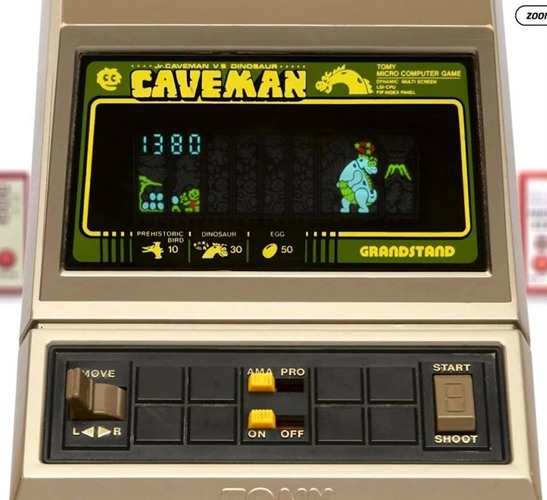 Released in 1982, Caveman saw you playing as (yes you’ve guessed it) a Caveman, carefully trying to collect Dinosaur eggs without getting caught.

The game had a multicoloured display as well as 2 difficulty levels. 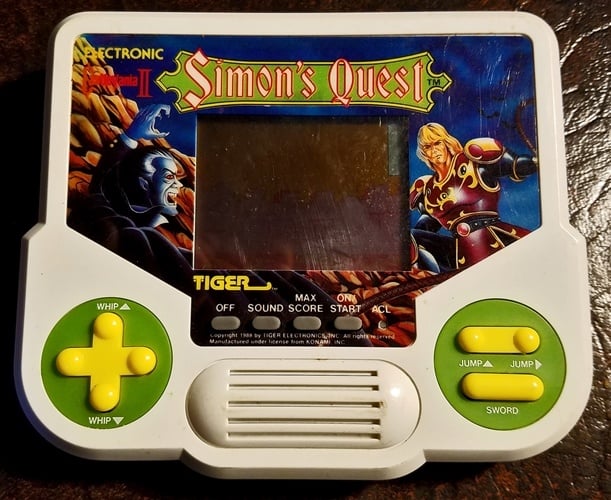 Tiger Electronics released a number of brilliant handheld games, and we well remember some of the cool kids at school showing them off at play time.

The game we remember most fondly is the brilliant Simon’s Quest, but we bet that you all have your own personal favourites. 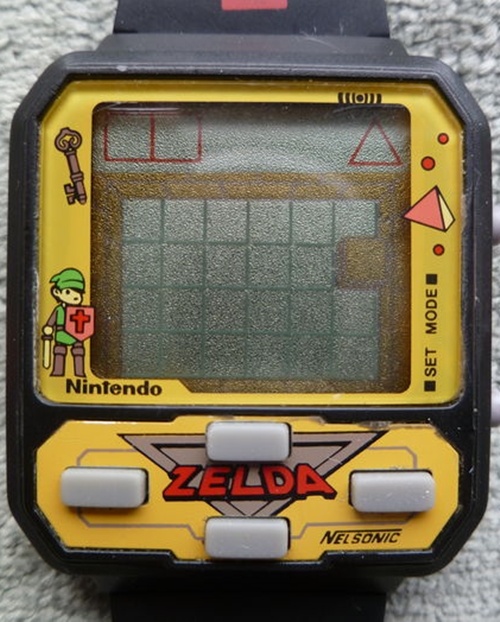 Nelsonic released a number of game watches, usually based around popular already existing characters such as Mario and Barbie.

Whilst we remember a decent one based on Ghostbusters, our favourite was definitely the one that saw us playing as Link in Nintendo’s Zelda. 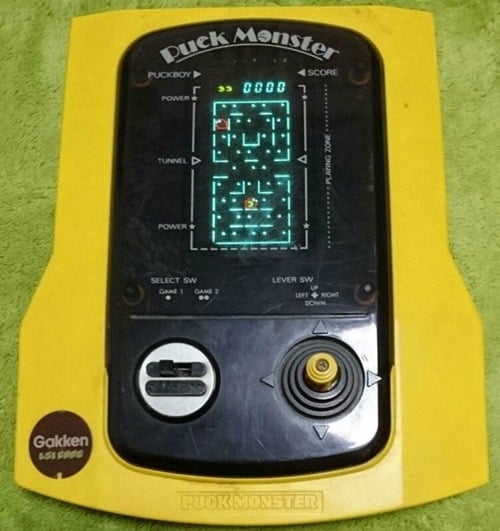 Puck Monster was released by Gakken in 1982, and it was absolutely, totally, nothing like Pac-Man whatsoever!

Sadly that’s all for now! Be sure to spread some lovely, nostalgic gaming memories to your friends and family by sharing this post with them!