10 Children’s Shows You Have Probably Forgotten About?

We all know the eighties was the decade of the best children’s shows ever! Just how spoilt were we?! Most of them we easily remember, then there are the odd ones we loved, but havr completely forgotten about, and can’t believe we’ve forgotten such a classic show! See how many of these beauties ring a bell?! And fill you with eighties nostalgia! 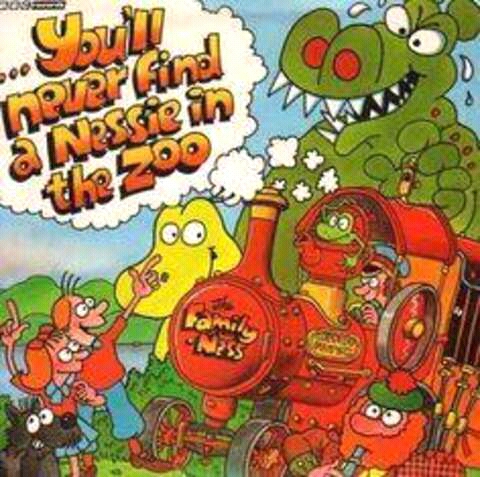 The adventures of a family of Loch Ness Monsters, the ‘Nessies’ and brother and sister, Elspeth and Angus, who are able to call the Nessie’s by using their ‘thistle whistles’.

There was tonnes of merchandise which accompanied this awesome five minute cartoon, annuals, stationary, calendars. 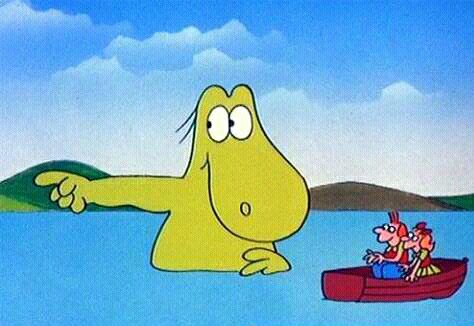 Shown on the BBC from 1984 to 1985, and often shown on Saturday mornings. There was two series and twenty one episodes. All the Nessies had their own unique character, but I would say Baby Ness, is the most fondly remembered. 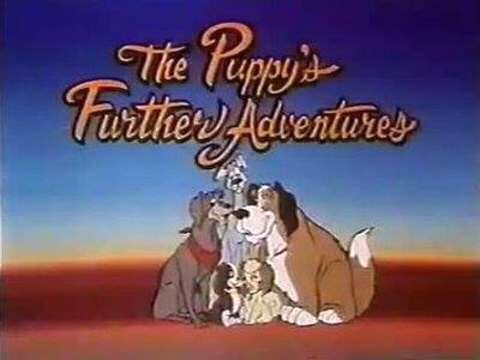 This American, Hanna-Barbera animation was shown from 1982 to 1984. Thirty minute episodes following the adventures of this super adorable pack of hounds. 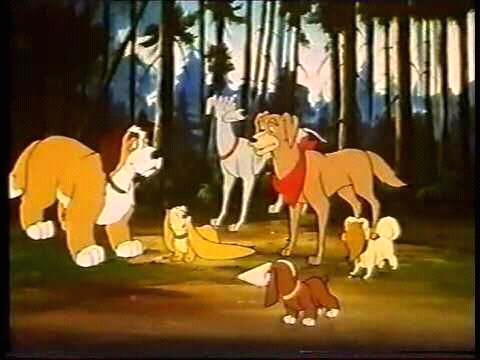 Petey, Dolly, Duke, Dash, Lucky. They were a group of very different characters, whose adventures took them to far off places, with fun always to be had.

Two series, and twenty one episodes. Was usually shown on Saturday mornings. 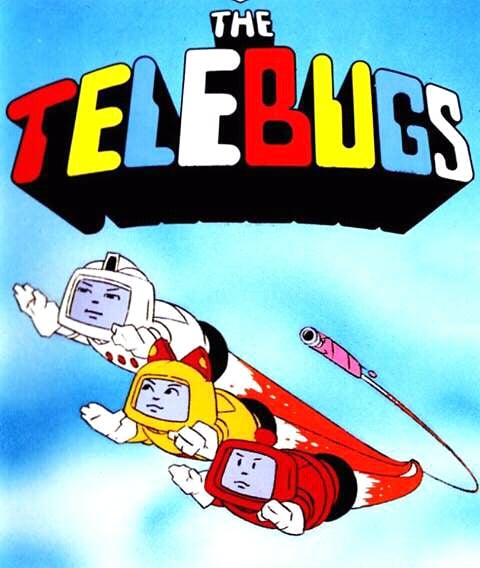 The Telebugs, the adventures of these robots, stopping enemies and saving the day.

Ron Moody, best known for his portrayal of Fagin in Oliver Twist, provided his voice to this animation. 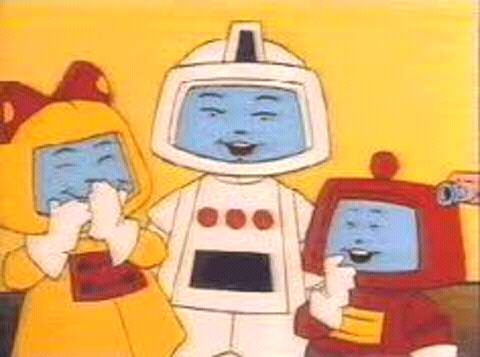 Shown from 1986 to 1987. With three series, and a total of eighty six episodes. This was a popular show, loved by boys and girls, I remember it being played in the playground, with children playing the roles of the robots, and making up their very own adventures! 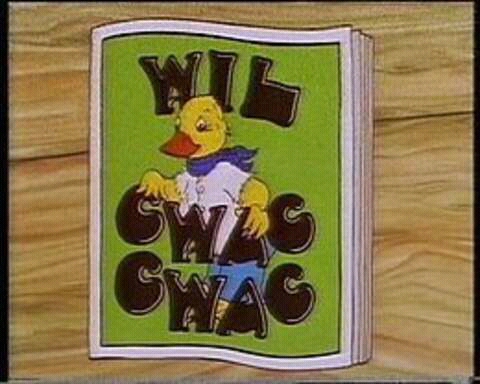 This cartoon is a Welsh cartoon, called Wil Cwac Cwac (in Welsh) set in rural Wales. Seeing the goings on in Will Quack Quack’s life.

It was dubbed in English for ITV and was shown between 1982 to 1986. There are thirty episodes. 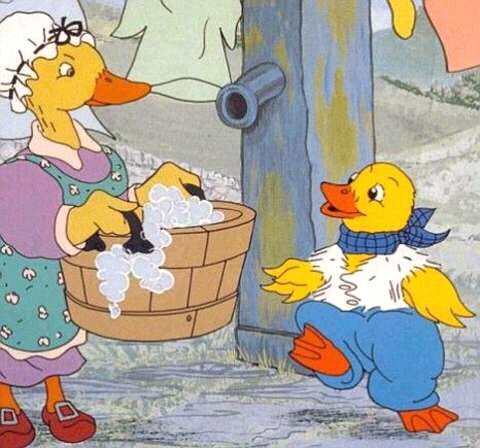 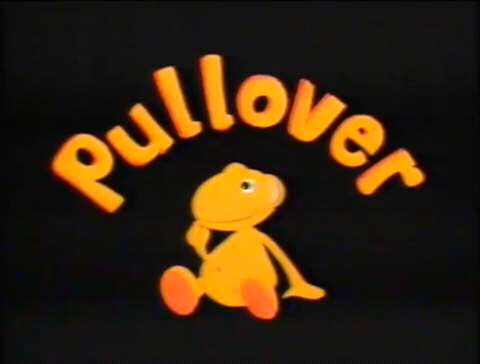 A little boy who was afraid to go to bed, had a toy friend made for him by his Mum, to keep him safe at night, and to help him sleep. The Mum made the toy out of a pullover, hence the name.

There is a knitting pattern, which you can still get, to make your very own Pullover. 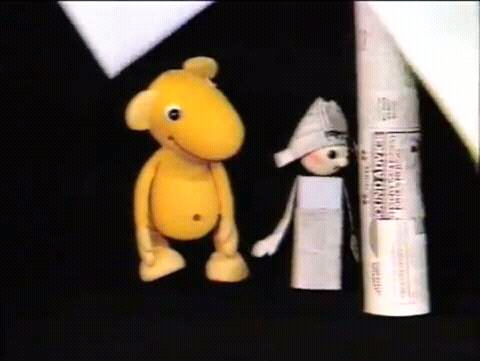 After the little boy falls asleep, Pullover comes to life, and has adventures in the bedroom. Apart from a few words spoken by the boy at the beginning of the episode, usually reading a story, the rest is scored by music, as a sort of narration.

Can you believe only thirteen episodes were ever made! Made back in 1982. 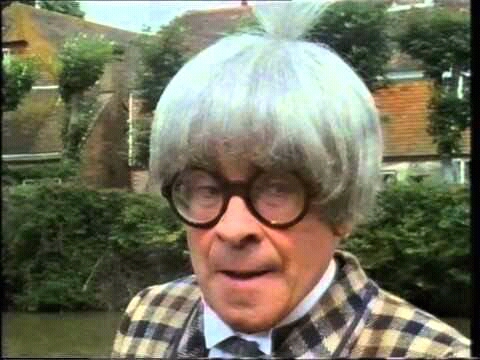 Stanley Baxter plays the part of the teacher, who is no ordinary teacher. This teacher, Mr Majeika, is a Wizard. 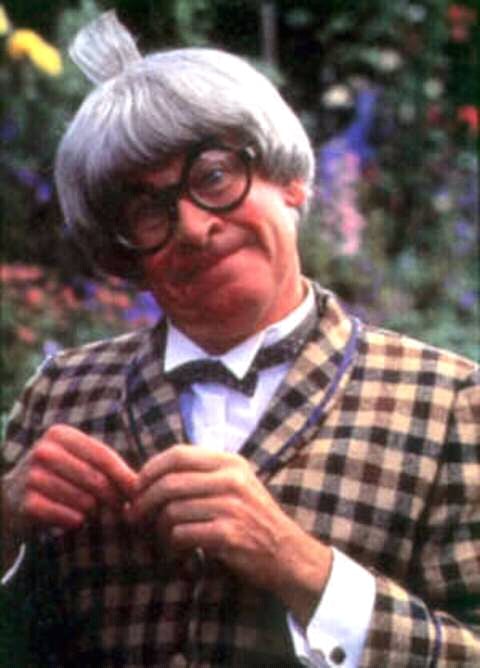 One waggle of his hair is all it takes! He could turn people into frogs, or make things fly. With Mr Majeika the possibilities were endless.

Shown from 1988 to 1990. With a superb cast, including, Pat Coombs (Carry On films, You Only Live Twice) Miriam Margoyles (Harry Potter, Blackadder) and Adele Silver (Emmerdale, Hollyoaks). 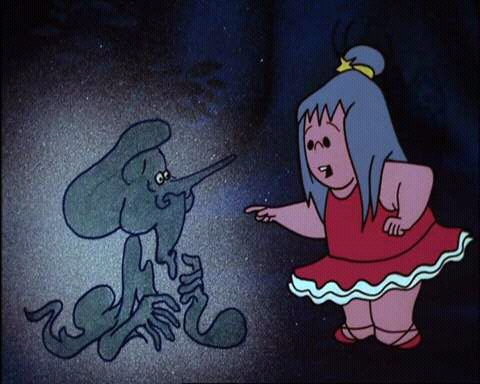 This 1981, BBC1 cartoon was narrated by the legendary Carry On films, star, Kenneth Williams. Who voiced all of the characters. 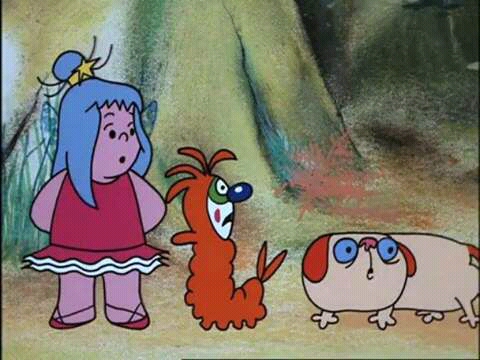 There was two series, of fifty eight, five minute episodes made.

Kenneth Williams was just excellent with the voices, even now I can remember the way he voiced them. In true Kenneth style. Just brilliant! 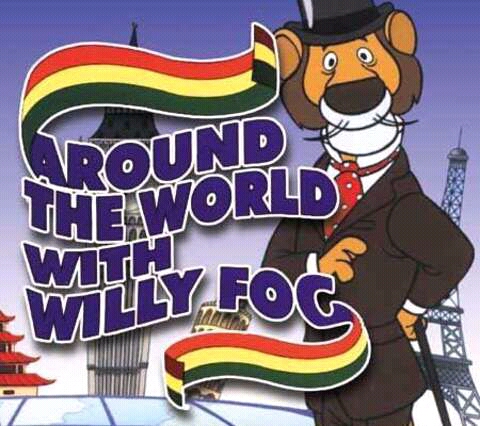 8) Around The World With Willy Fog.

A Spanish/Japanese animated adaptation, originally released in 1983. It came to CBBC in 1984, dubbed in English. With twenty six episodes of Willy’s travels. 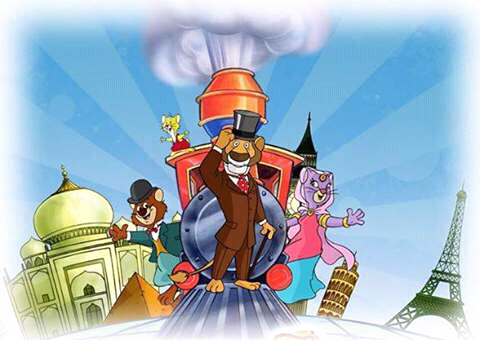 At a club Lord Guinness brings up an Article which states that it is possible to travel around the world in eighty days. The men laugh at him. Lord Guinness says if he was younger, he would prove it would be possible.

To defend Lord Guinness’s honor, Willy Fog says he will take up the task himself. The Bank Governor, Mr Sullivan, bets Fog £5,000 that it is impossible. Some other members at the club, chip in, bringing the total up to £20,000. Fog leaves that very evening. His adventures begins.. 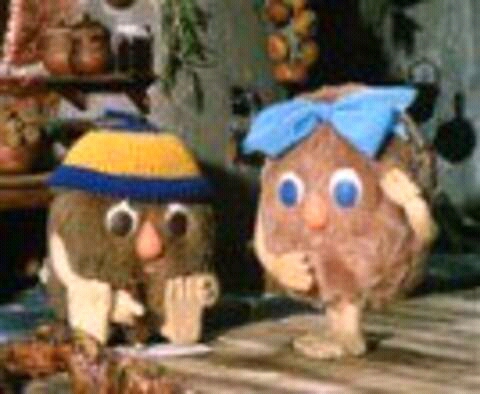 Grandpa, Father, Mother, Posie, Perkin, Pootle. The Flumps. The show which follows the adventures of this family of furry characters. Which was originally released in 1977, but it was often shown throughout the eighties. 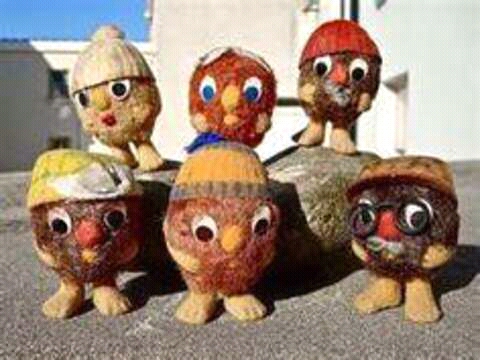 The fun adventures of, The Flumps, was shown on the BBC. With just one series made, ever! Which had thirteen episodes. A hugely popular show. 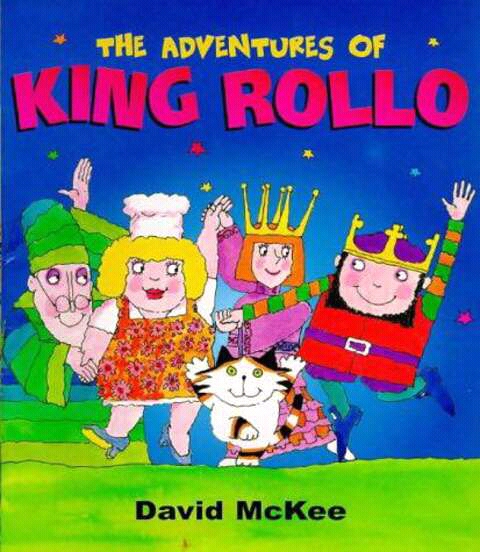 Oh yes! Classic! King Rollo, the loveable, but rather hopeless King, who was always in need of assistance, and advice from his friends. His friends the Magician, Cook, Queen Gwen, King Frank, and King Rollo’s cat, Hamlet, who was wiser than King Rollo himself!

Five minute episodes of enjoyable fun. With only one series, and there is just thirteen episodes. Released in 1980. Originally a book series, which was just as popular as the animated fun. King Rollo rocks!