Before interconnected DC universes, brightly lit Batcaves and films deconstructing billionaire vigilante Bruce Wayne, there was Tim Burton’s Batman duology. The two movies brought Gotham to life more vividly than ever before, populating it with dynamic, strikingly designed characters that blended the larger than life style of the comic book world with Tim Burton’s own trademark aesthetic. However, from the actors that were banned from the set to the difficulties of wriggling into a Catwoman suit, the production of Batman Returns definitely had its ups and downs. Here’s everything you might not have known about the film.

10. McDonald’s cancelled a tie-in promotion because the film was so dark 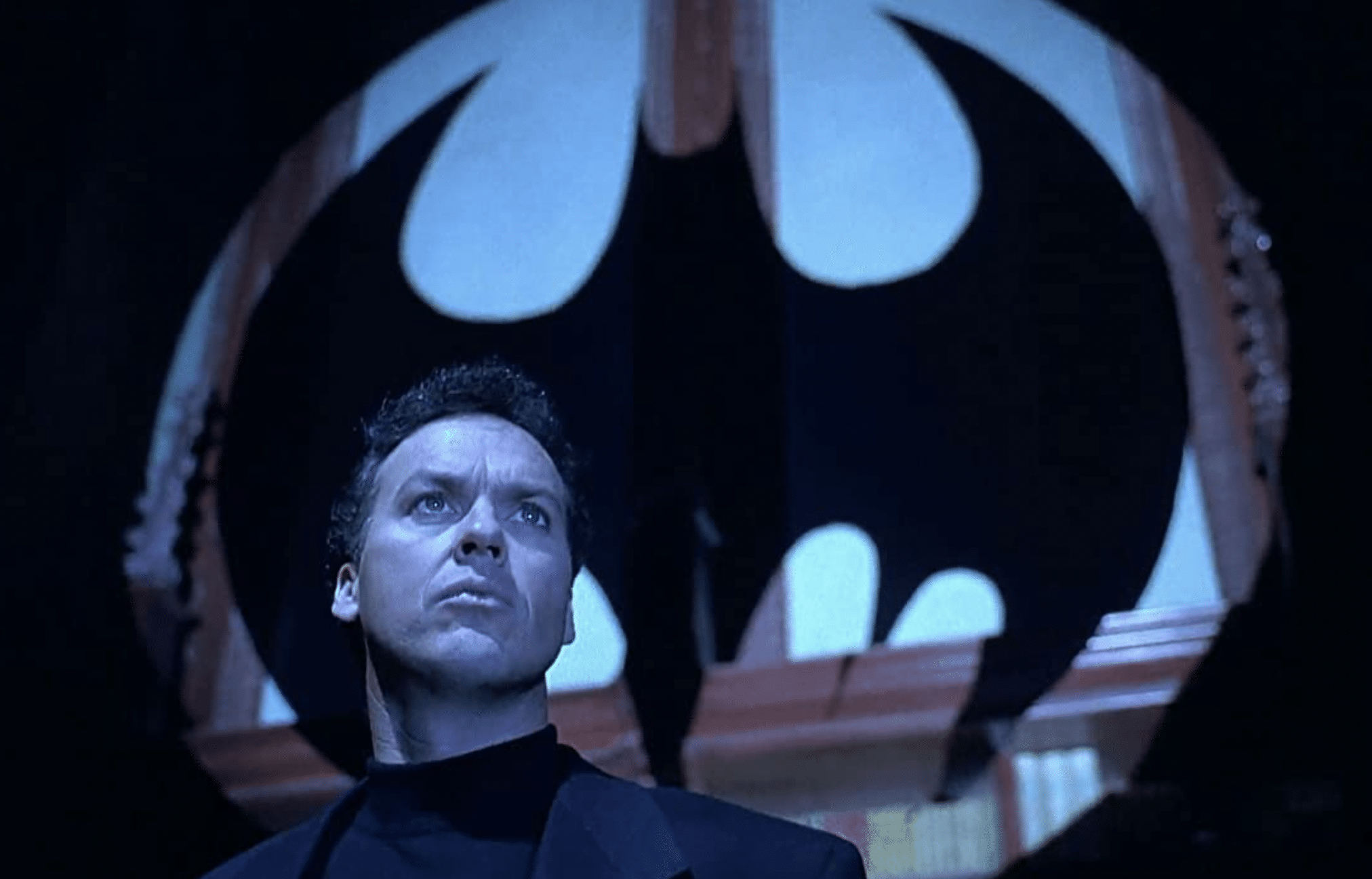 When Batman Returns hit theatres in 1992, it was supposed to be accompanied by a tie-in promotion from Ronald McDonald himself. A Happy Meal offer was planned, with mini toys and action figures being designed around Michael Keaton’s Batman and a number of the villains, including the Penguin and Michelle Pfeiffer’s Catwoman.

The promotion did run in a few restaurants, but only for a limited time. As soon as the movie was released, the Golden Arches were flooded with complaints from parents, who declared that the film was far too dark, scary and violent to be associated with the family-friendly McDonald’s brand. The tie-in was subsequently pulled shortly thereafter. 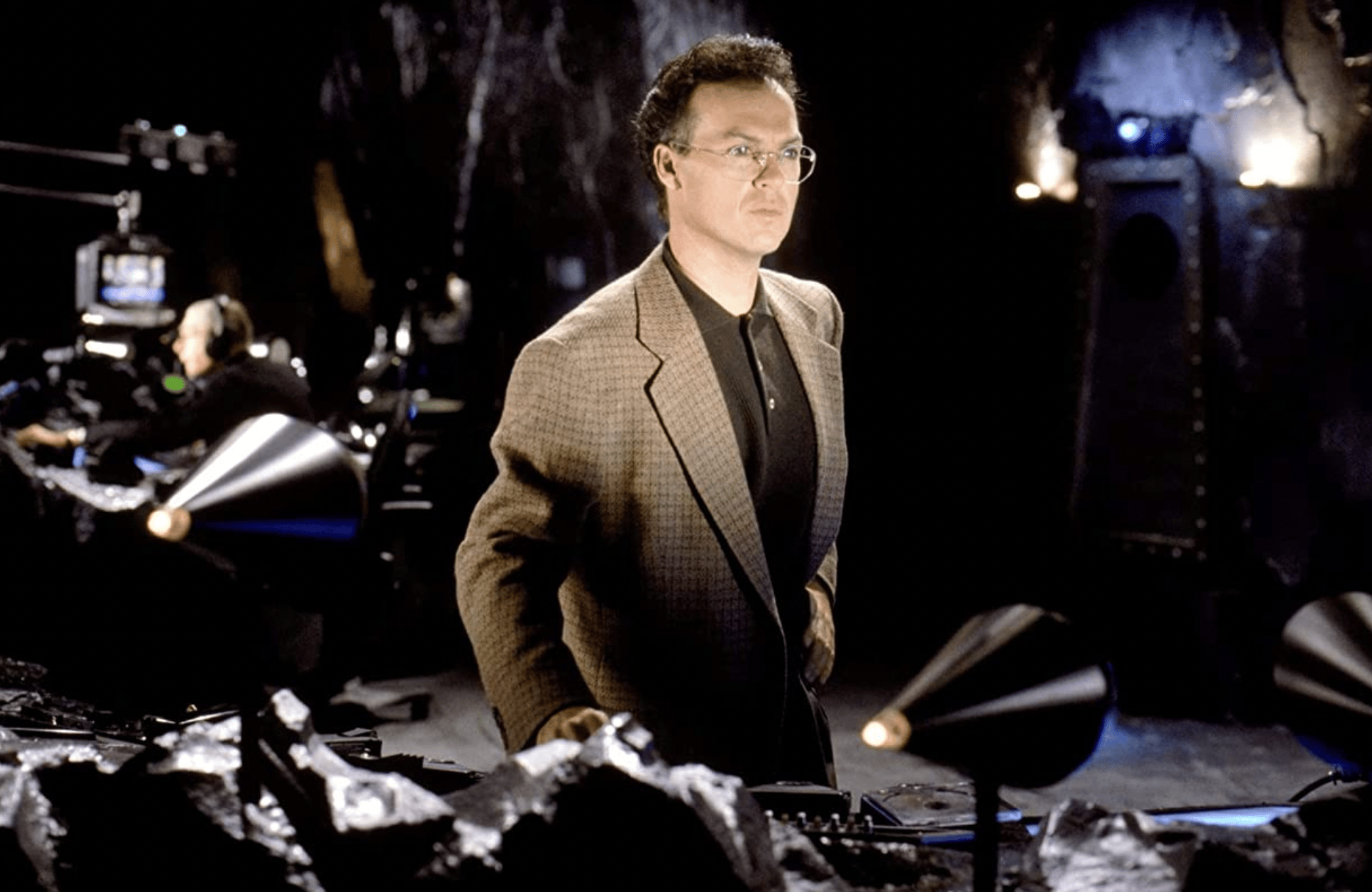 Michael Keaton might have been enthusiastic about playing the Caped Crusader in 1989, but by the time the sequel rolled around, his passion had somewhat dimmed. Keaton agreed to star in Tim Burton’s follow up for a fee of $10 million, and it was the money, rather than the chance to don the Batsuit again, that was his main motivation on Batman Returns.

In fact, Keaton confessed on the podcast WTF with Marc Maron, that he had never seen the final cut of the film and didn’t even watch the movie at the premiere. He also claimed that he only took the role because of the salary it promised, because he needed quick money to do a real estate deal. 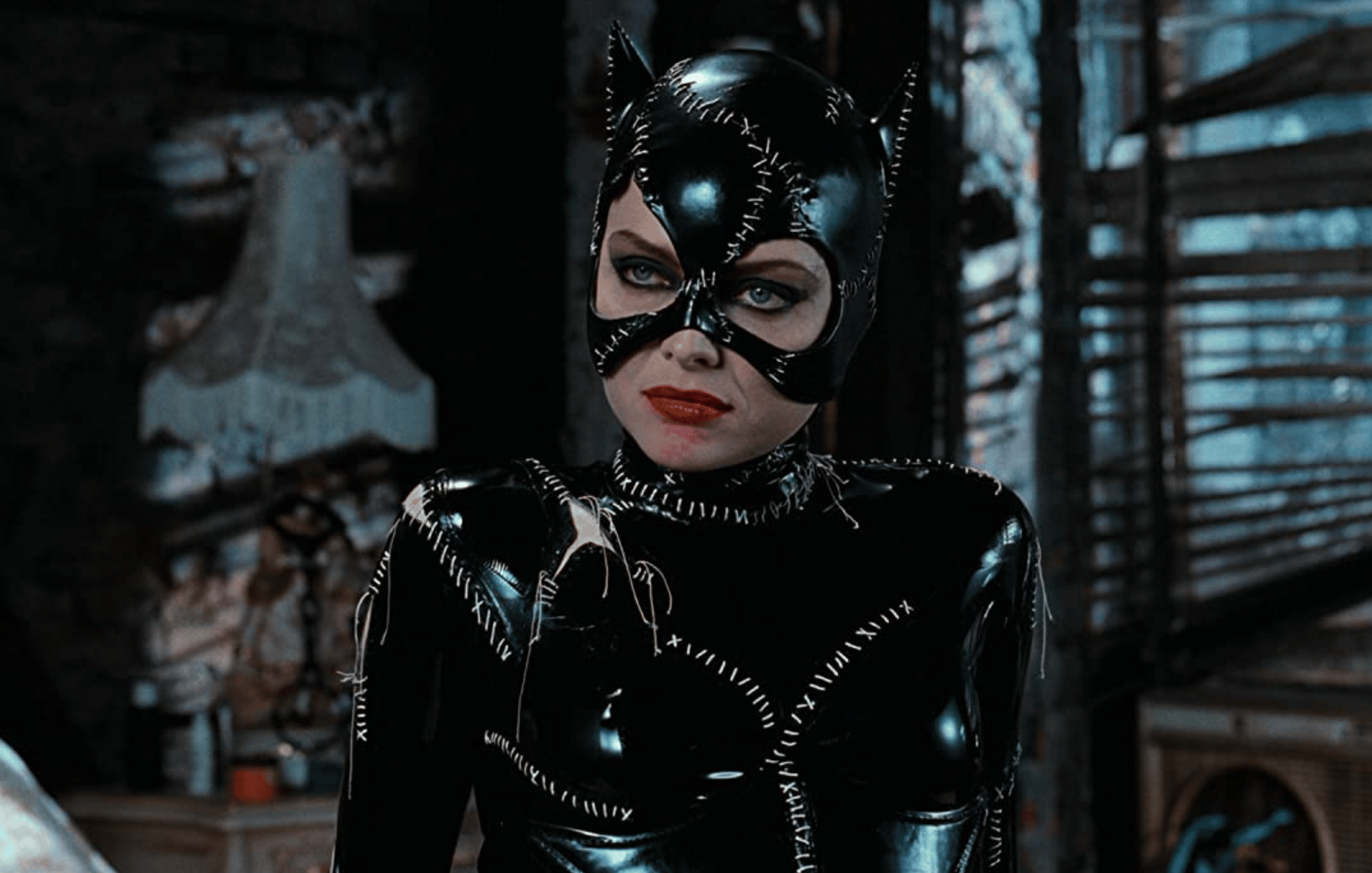 The costume design is one of the most interesting things about Batman Returns, as it shows off Tim Burton’s quasi-gothic visual style, and brings the exaggerated comic book aesthetic of the source material to life. Getting the costuming just right was a costly endeavour though, especially when it came to Catwoman.

Over 60 catsuits were made for Michelle Pfeiffer to wear throughout production, with each one costing about $1000 to create. This meant that the wardrobe department spent over $60,000 on Catwoman costumes alone, not counting all the pre-production fabric tests and scrapped design ideas. 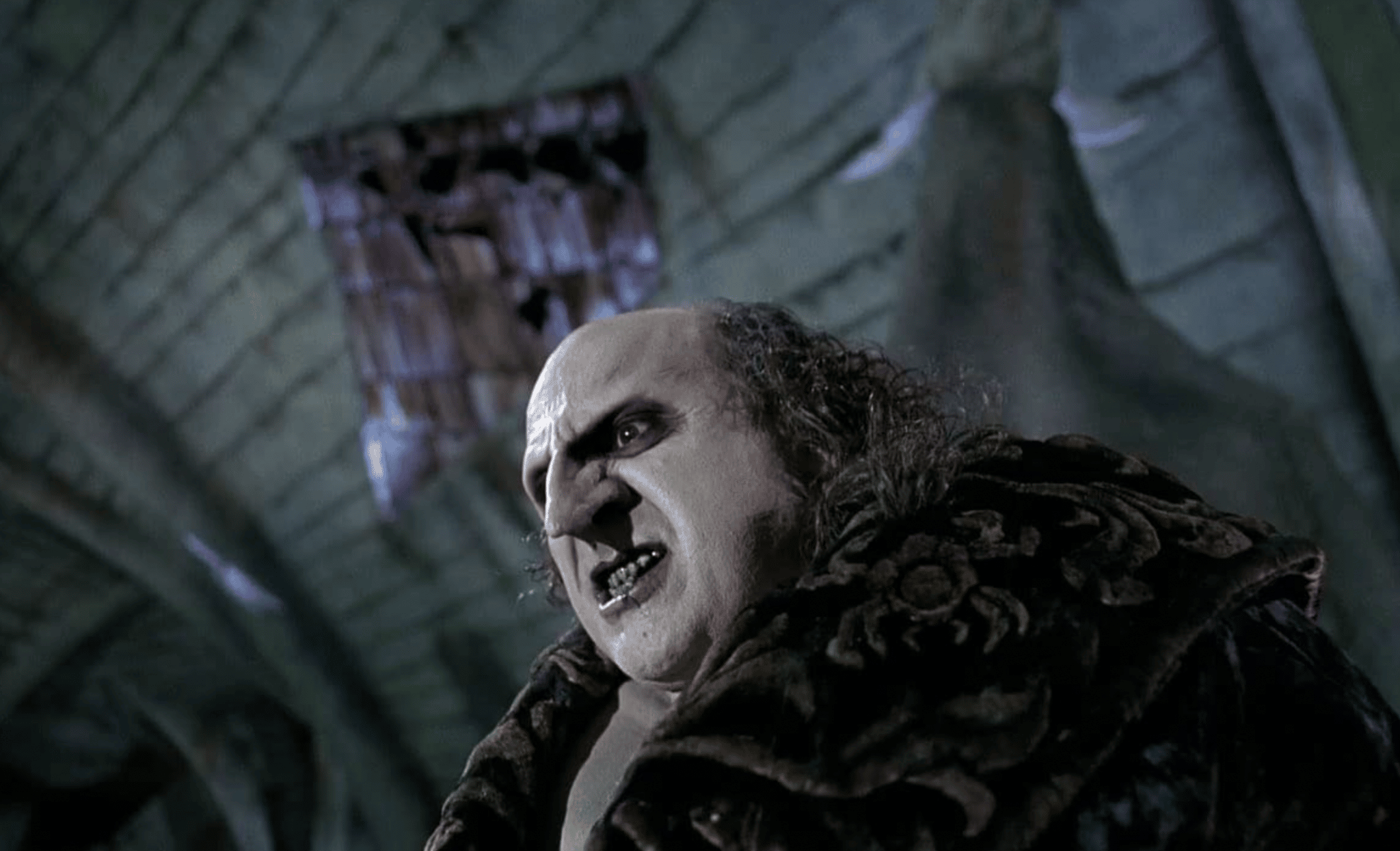 As a property, Batman is pretty animal-centric, and between Batman, the Penguin and Catwoman, Batman Returns is no different. Therefore, it’s no surprise that in addition to the endless CGI bats that populate Tim Burton’s vision of Gotham, there were also plenty of real-life animals that ended up on the cast list.

12 king penguins and 30 African penguins took part in the film, which led to some pushback from animal rights groups, who claimed the creatures were being mistreated. Producers then released a statement reassuring the public that the penguins lived in the lap of luxury, with a refrigerated trailer, unlimited ice, a private swimming pool and a never-ending supply of raw fish. Not bad for actors that didn’t even have to pay union dues. 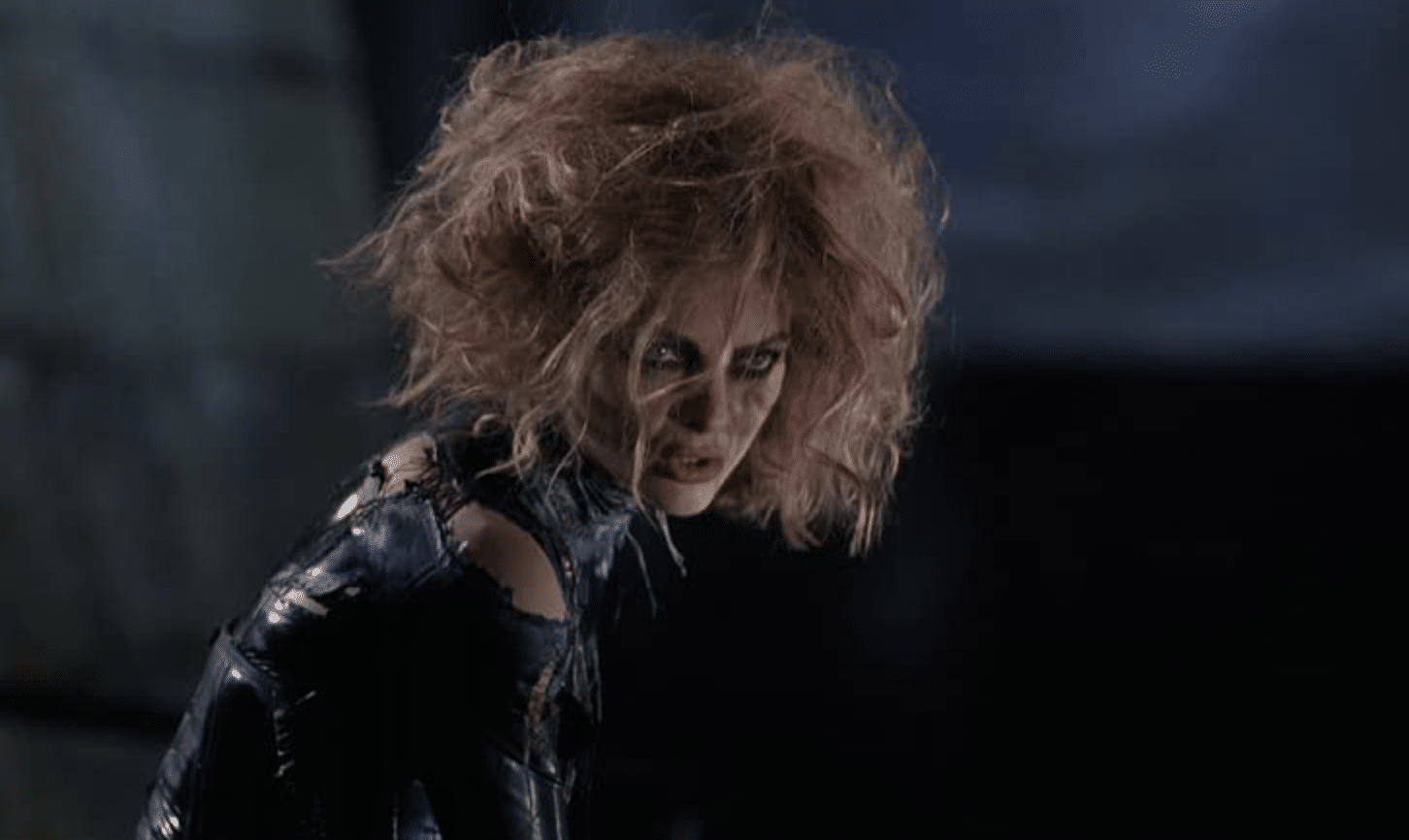 As well as being an iconic comic book character, Catwoman is one of the most beloved villainesses of all time, so it’s no surprise that numerous actresses wanted the chance to bring her to life. Several huge names auditioned for the part, including both Madonna and Cher, as well as Raquel Welch and Bridget Fonda.

However, nobody wanted to play Catwoman more than Sean Young. Rather than reaching out to Tim Burton or expressing interest via her agent, Young allegedly marched up to the production offices in a homemade Catwoman catsuit, and demanded an audition. Needless to say, she didn’t get the part. 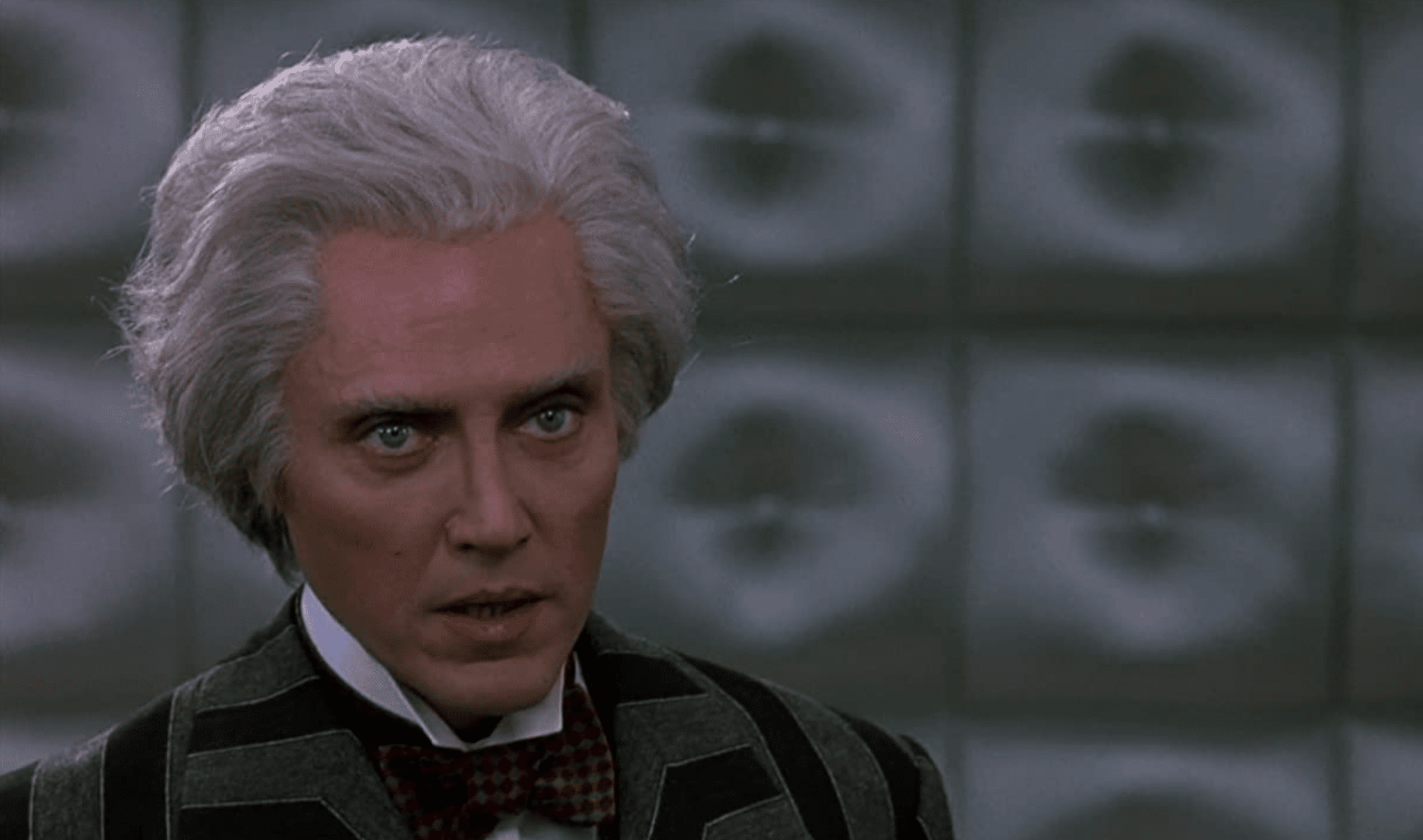 There’s no denying Christopher Walken’s acting chops, so it may surprise you to know that Tim Burton was actually reluctant to cast him in Batman Returns. Though Walken was the producers’ top choice to play Max Schreck, Burton didn’t want to cast him for one simple reason: he was intimidated by him.

When asked why he wouldn’t consider casting Walken after his stellar audition, Burton reportedly told casting director Marion Dougherty “because that man scares the hell out of me”. Burton did eventually get over his fear, though, enough to work with Walken again on 1999’s Sleepy Hollow. 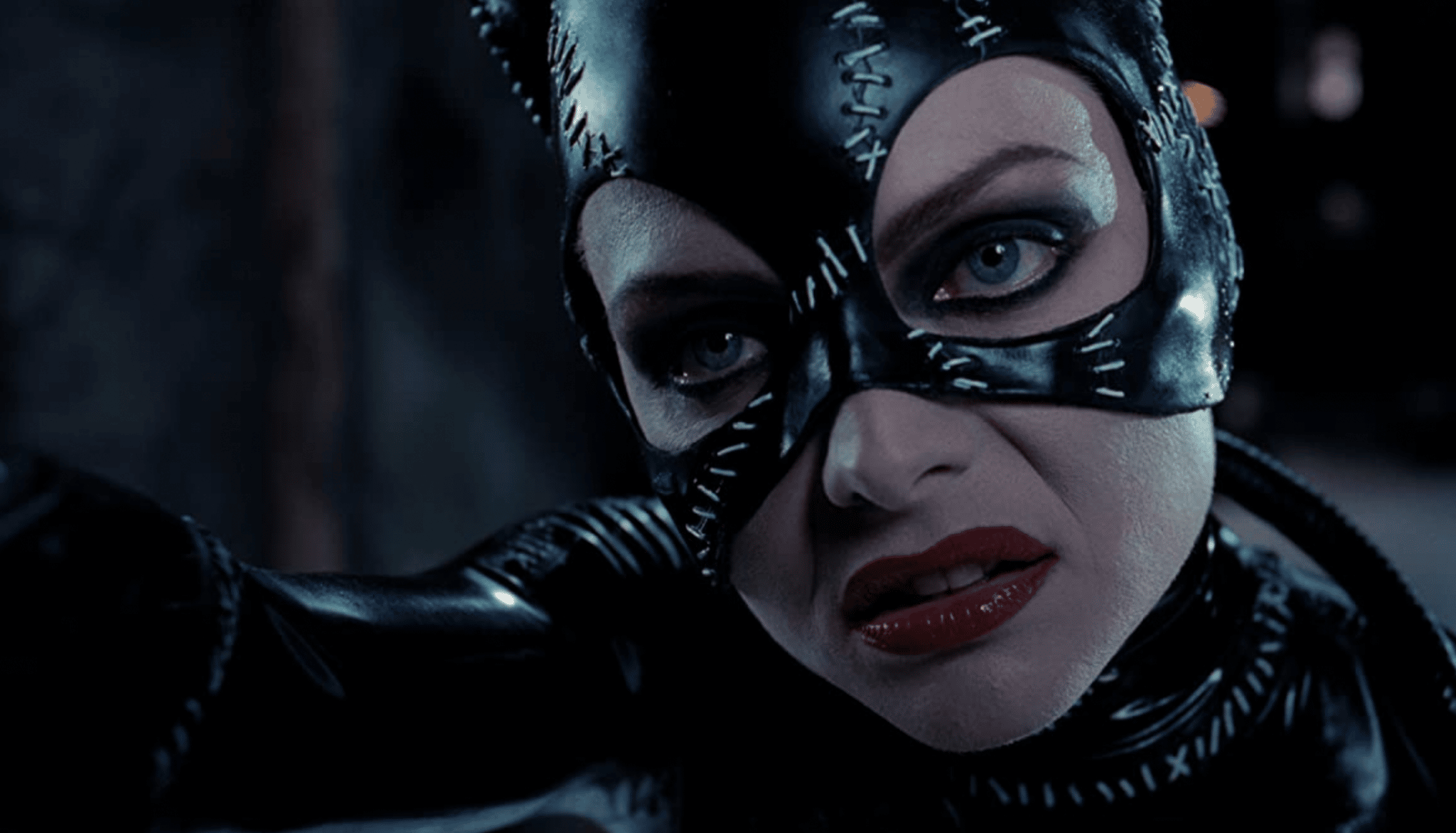 Even after decades in the entertainment world and an eclectic career including everything from Stardust to Scarface, Catwoman remains one of Michelle Pfeiffer’s most iconic roles. However, playing the famous burglar wasn’t all sunshine and roses, as in many ways it made for an uncomfortable and difficult shooting experience.

Specifically, Michelle Pfeiffer hated wearing the Catwoman catsuit, because it was so tight that standing and moving around in it for too long would cause her to get dizzy. Speaking about the experience, she said: “It was the most uncomfortable costume I’ve ever been in. They had to powder me down, help me inside and then vacuum-pack the suit. They’d paint it with a silicon-based finish to give it its trademark shine. I had those claws, and I was always catching them in things. The face mask was smashing my face and choking me…” 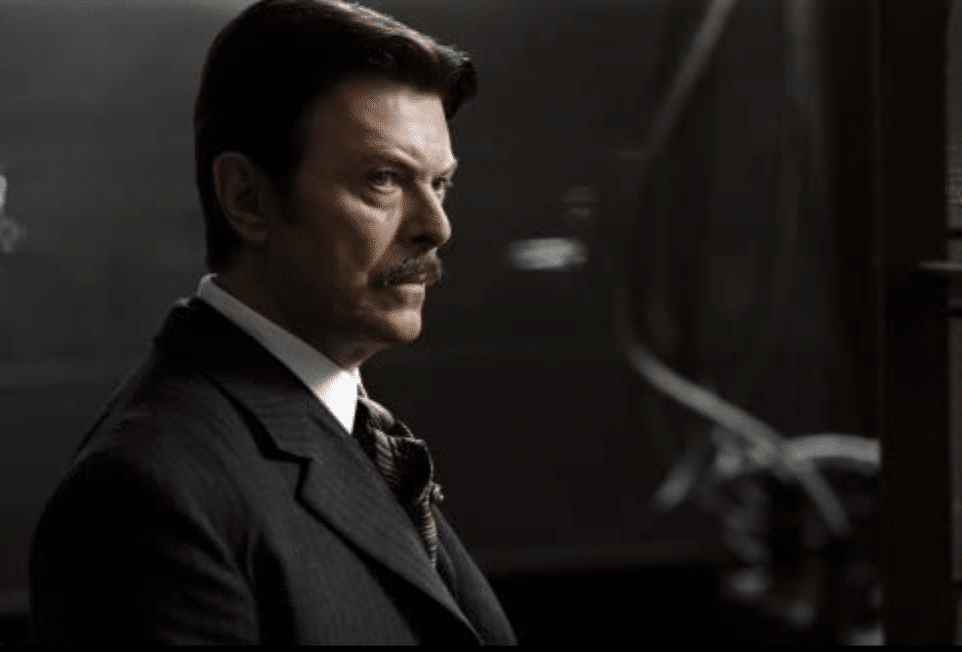 Tim Burton’s Batman Returns is a star-studded affair, but there were also many celebrities who didn’t make the cut. For example, before Danny DeVito was chosen to play the Penguin, other legendary actors like John Candy, Christopher Lloyd, Dean Martin and Marlon Brando were also considered for the role.

Not only that, but before Christopher Walken secured the part of Max Schreck, David Bowie was the producers’ favourite to take the role. However, Bowie declined to appear in the movie, as it conflicted with the shooting schedule for Twin Peaks: Fire Walk With Me. 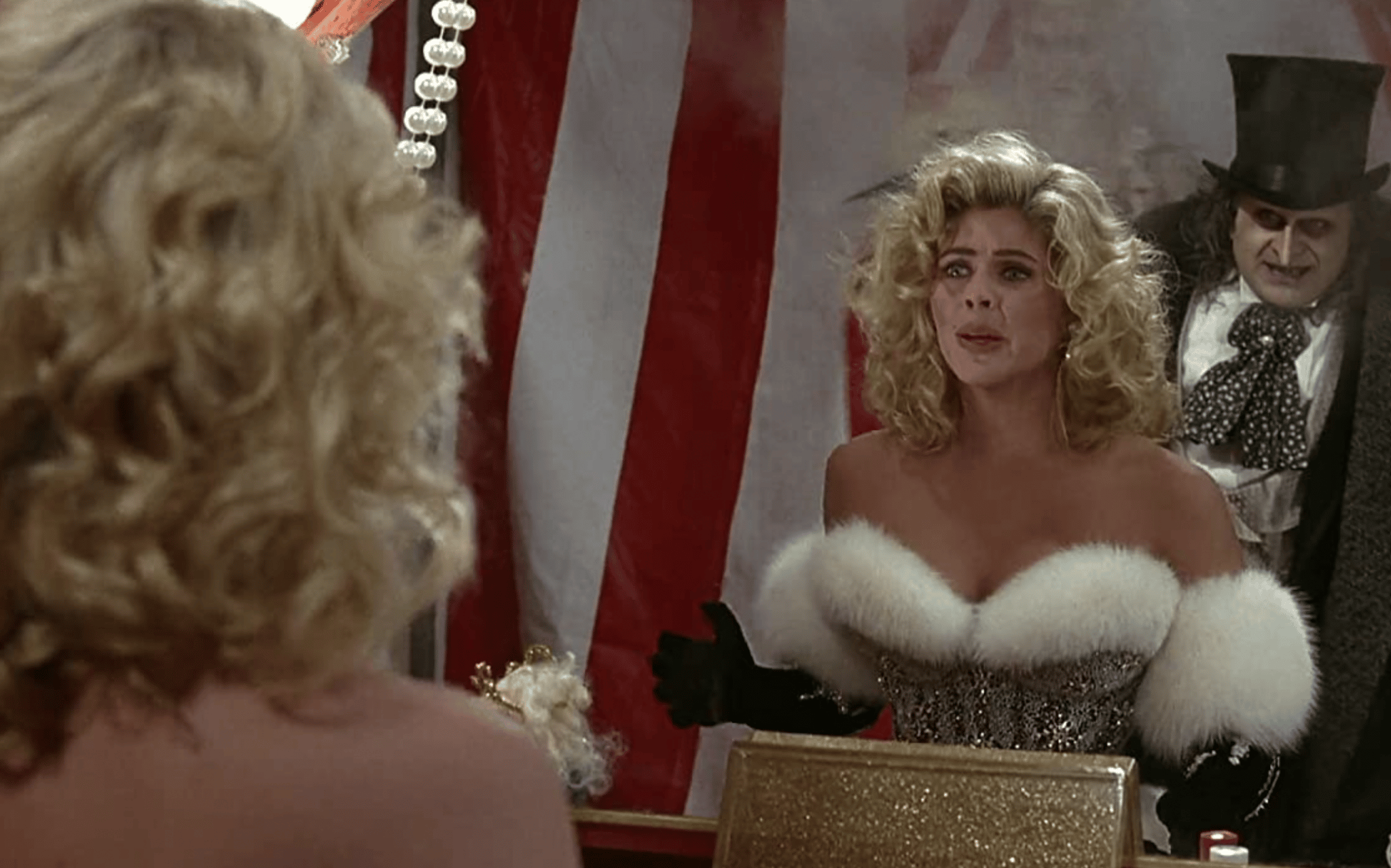 Michael Keaton wasn’t the only one who wasn’t super passionate about making Batman Returns. Even director Tim Burton was ready to move on to greener pastures after his first flirt with the Caped Crusader, and he called rumours of a sequel a “most dumbfounded idea”. However, the studio was a little more enthusiastic.

Tim Burton did eventually agree to make Batman Returns, but only after the studio signed over more creative control, and commissioned a rewrite of the script from Heathers screenwriter Daniel Waters. It was this rewrite that changed the plot from a romp in which the Penguin and Catwoman teamed up to hunt for hidden treasure, to a political satire about the Penguin’s attempts to become Mayor of Gotham.

1. Kevin Costner was banned from visiting the set 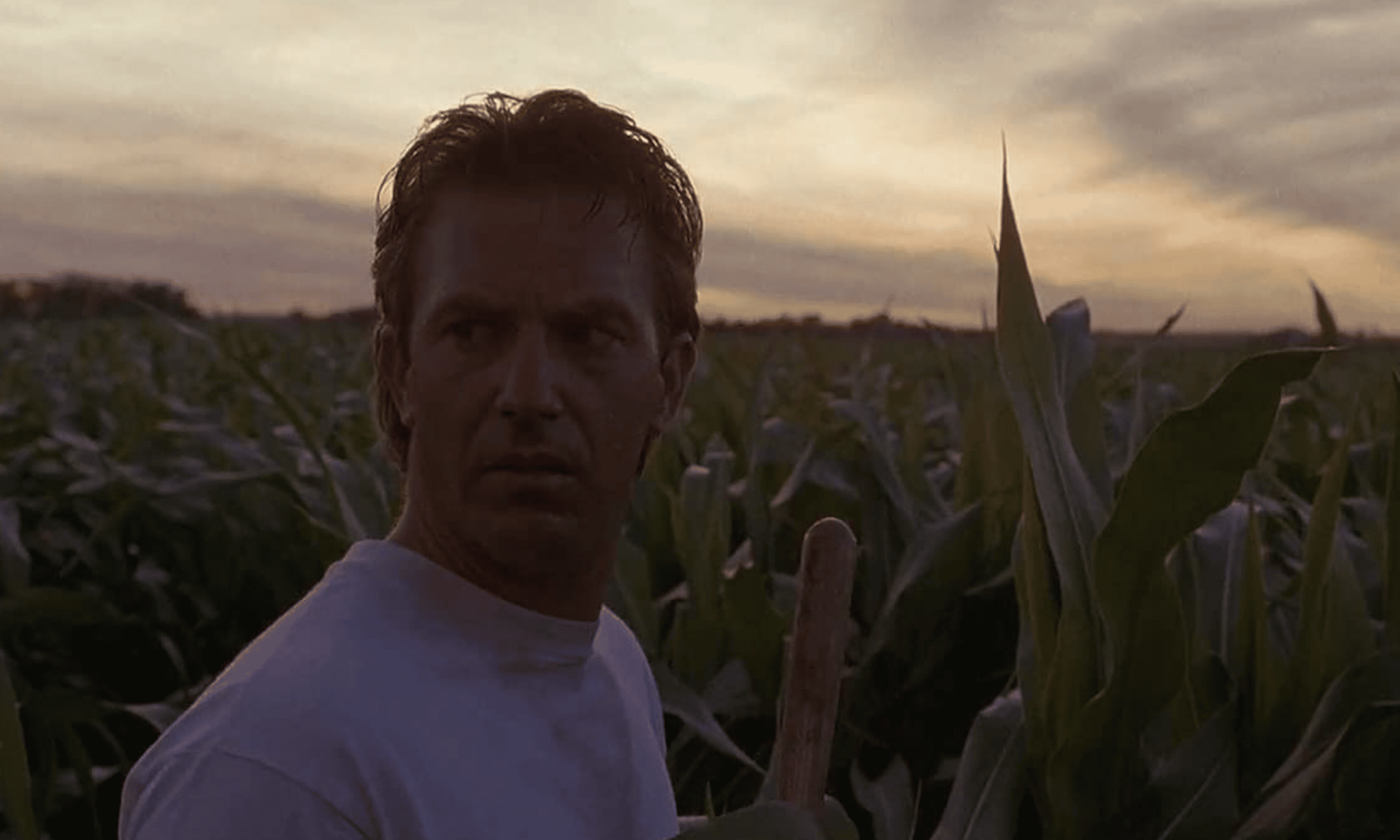 Superhero movies might have changed a lot since the pre-MCU era, but one thing has remained the same: security is paramount. After on-set photos were leaked showing major details of the plot of Batman Returns, the studio hired a private investigator to track down whoever was responsible and introduced new measures to stop any more leaks from happening.

Not only was the art department told to keep their curtains closed at all times and to work in semi-darkness, but superstar actor Kevin Costner was told that he was not allowed to visit and tour the set, just in case he had been responsible for the leak.