10 Barbie Toys That All 80s Girls Should Remember

If there is one doll brand that has stayed the strongest throughout a number of generations, it is of course Barbie. Whether we’re dressing her up as a princess or a rock star, she has captured the heart of many a young girl, and we’re sure that she’ll be around for many more years to come.

And whilst we know that many of you will easily remember owning a Barbie when you were young, can you name exactly which Barbie it was, and can you also recall which of her accessories you played with?

Below are 10 Barbie toys we believe will make many of you exclaim “I remember that!”. Be sure to let us know your Barbie related memories by posting a comment, and please do share this post with your fellow 80s girls, so that they too can do the same! 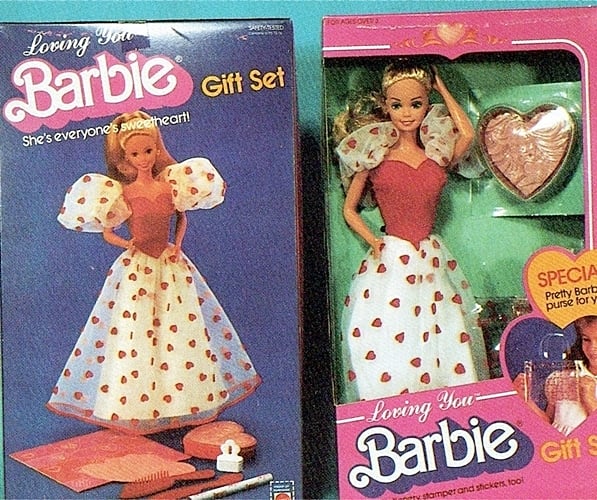 One of Barbie’s outfits in particular transports us right back to our childhood, because who can forget the gorgeous heart decorated dress that she wore back in the early 1980s?

Loving You Barbie was released in 1983, and it was one of the most sought after dolls of the entire decade. Did you own one? 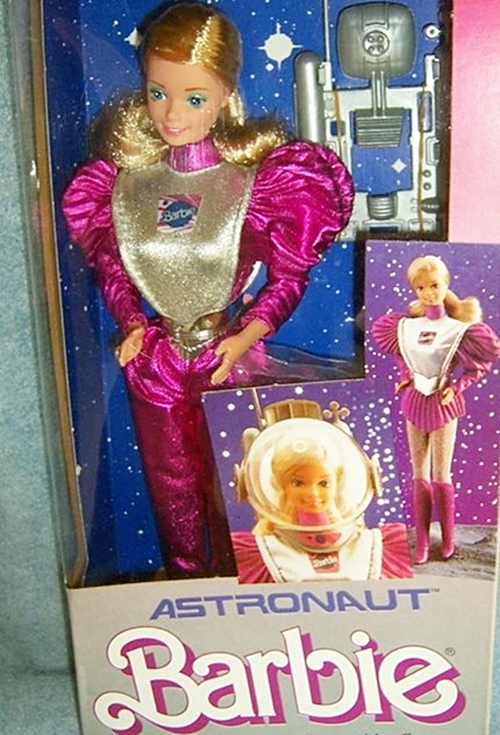 If you wanted a Barbie that was more action than fashion, then there were a number of different dolls that would have been right up your street.

Astronaut Barbie was a great example, coming with a tag line of ‘we girls can do anything’. 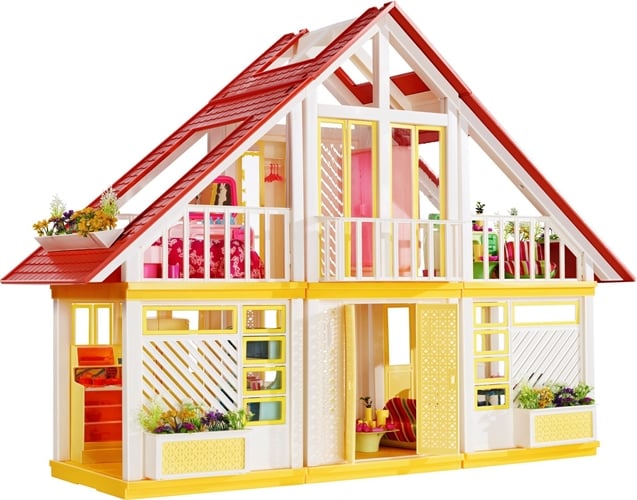 Barbie’s Dream House has come in many different versions and styles over the years, and is indeed still available to purchase even today. But we prefer the classic late 70s and early 80s Dream House, and we suspect that a few of you may even have been lucky enough to own it.

Coming in at over four feet long and three feet high, Barbie’s classic Dream House took up our entire bedroom, but we didn’t care one bit, as it was the only toy we needed. 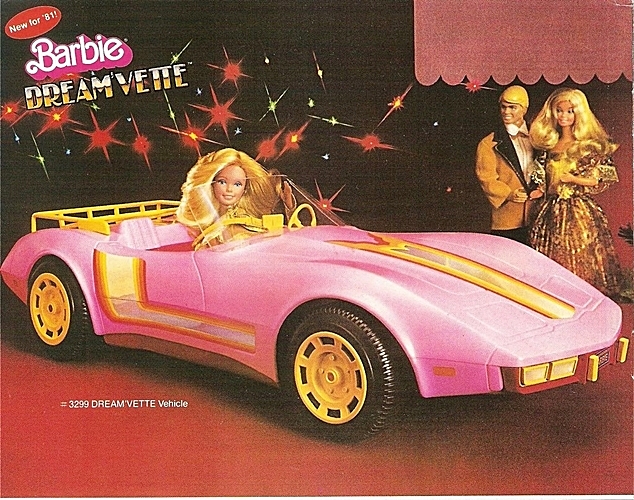 Not only did Barbie enjoy dressing up and hanging out with her friends (and Ken of course), but she also liked to get around in style, and we particularly remember her brilliant Corvette, which at different times was called the ‘Dreamvette’,‘Ultravette’ and ‘Starvette’

There have been many different versions of the Barbie Corvette over the years, but one thing we know for sure is that whichever version you had, it was most definitely pink.

6. Barbie and the Rockers 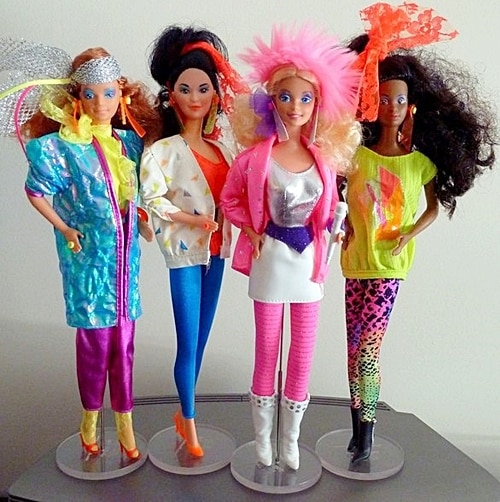 The Barbie and the Rockers range was simply toy maker Mattel’s way of trying to compete with the rising popularity of Hasbro’s Jem dolls.

It’s long been said that Barbie and the Rockers were created because Mattel was threatened by Jem’s success, and felt they needed to deliver a similar toy, right down to the ethnicity of the band members. 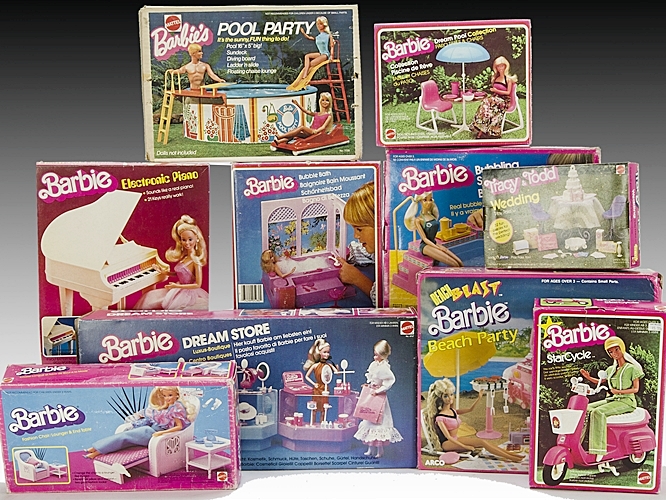 We’d love to list all the various items and accessories that you could purchase for your Barbie, but we’d be here all day.

Safe to say there was quite a few, including a swimming pool, jacuzzi, wedding cake, fashion chair, moped, and our particular favourite, the electronic piano that you could play for real! 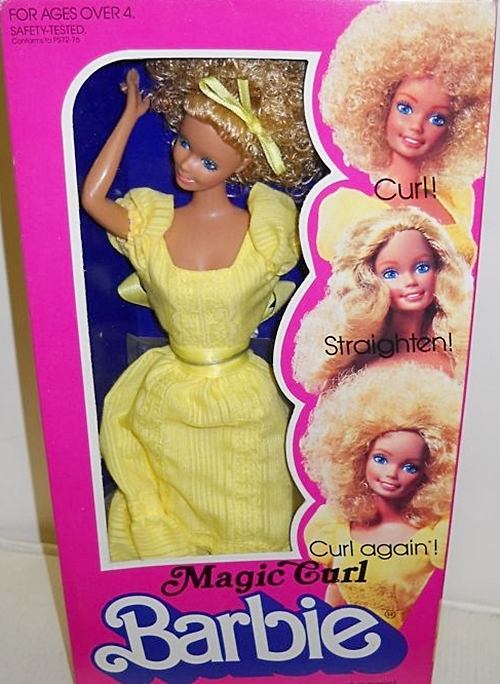 Probably the thing we most loved to do with Barbie was to play with her hair, and Magic Curl Barbie was the perfect doll to make all of our hairdressing dreams come true.

Magic Curl Barbie promised that we could ‘curl, straighten, then curl again’, which we certainly did, until the poor doll’s hair was falling out! 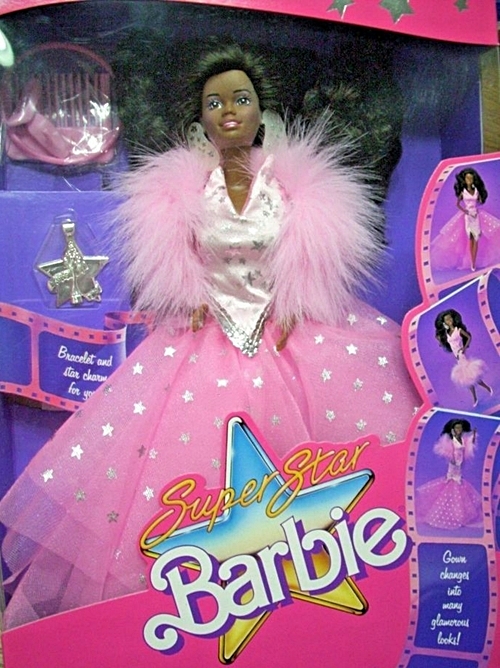 Whilst we could only dream of being a rich and famous celebrity, we could still fulfill our fantasies through the brilliant Super Star Barbie,

Super Star Barbie came with a ‘star charm’ that we could wear, as well as hair accessories and a dress that we could transform into Barbie’s evening wear. 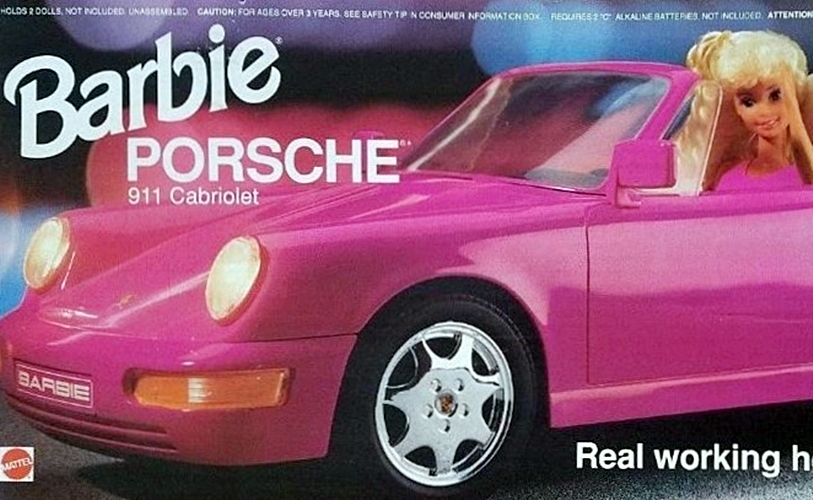 Whilst we preferred Barbie’s Corvette, we do also remember seeing her lovely looking Porsche that looked rather resplendent on the Toys R Us shop shelves.

The 911 Cabriolet version even had real working headlights, with stickers to customise your car ‘for day to night adventure’. 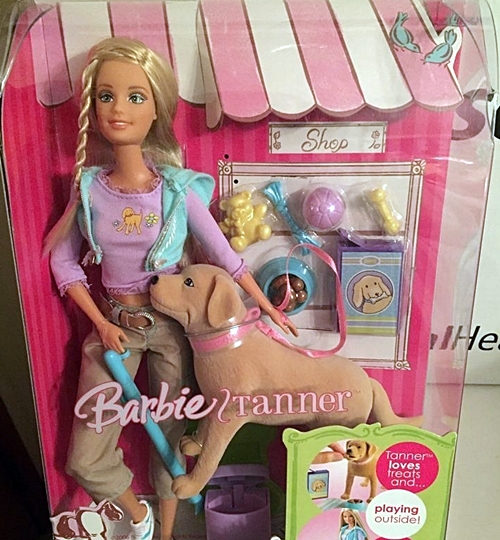 Do you remember the name of Barbie’s pet dog? It was, of course, Tanner, but unfortunately one particular version had to be recalled after it was deemed to be unsafe.

This was down to Tanner’s pooper scooper, which contained a magnet that would come loose, and thus ended up being a choking hazard for young children.