Most of us 80s kids will remember the ‘one more go’ feeling of inserting our hard-earned coins into our favorite arcade cabinet. Or maybe we remember the excitement of crowding around a friend or older brother, watching them get close to the final level of a new exciting shoot ‘em up.

The days of the arcade may be numbered, but our memories will never fade, so we’ve trawled through our retro gaming mind palace to bring you 10 amazing arcade games that you may have forgotten that you even spent money on. 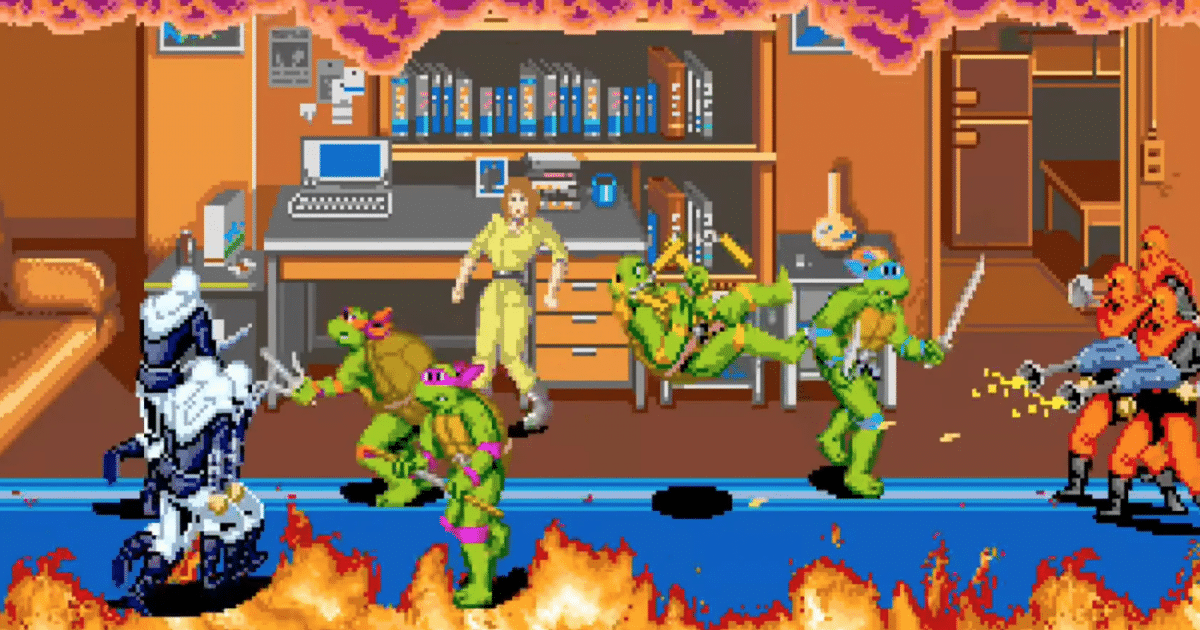 We remember going to a Scout camp as a kid, and all the boys could talk about (apart from some movie called RoboCop they were far too young to watch) was the new amazing four-player Teenage Mutant Ninja Turtles arcade game that had just been installed in the arcade local to our campsite.

Originally released into arcades in 1989, and later finding its way onto home consoles, Teenage Mutant Ninja Turtles had us choosing between Leonardo, Michelangelo, Donatello and Raphael. Who was your favourite? 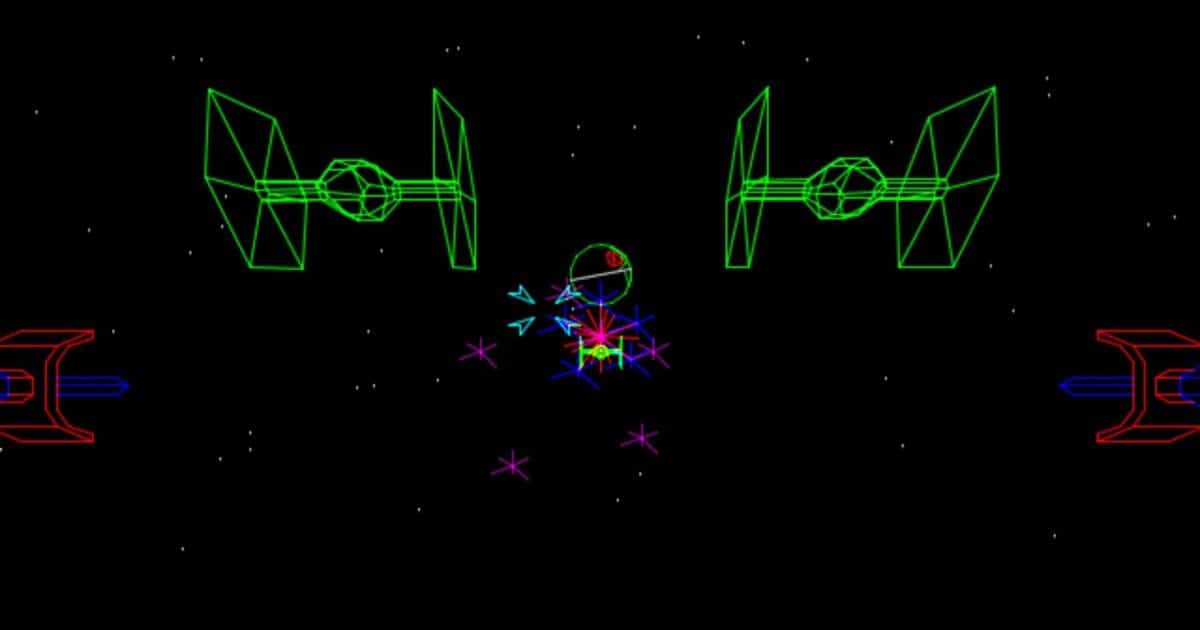 The graphics may have been incredibly simple, especially by today’s standards, but this legendary game that was released into arcades in 1983, really did make you feel like you were stepping into the cockpit of an X-Wing fighter. 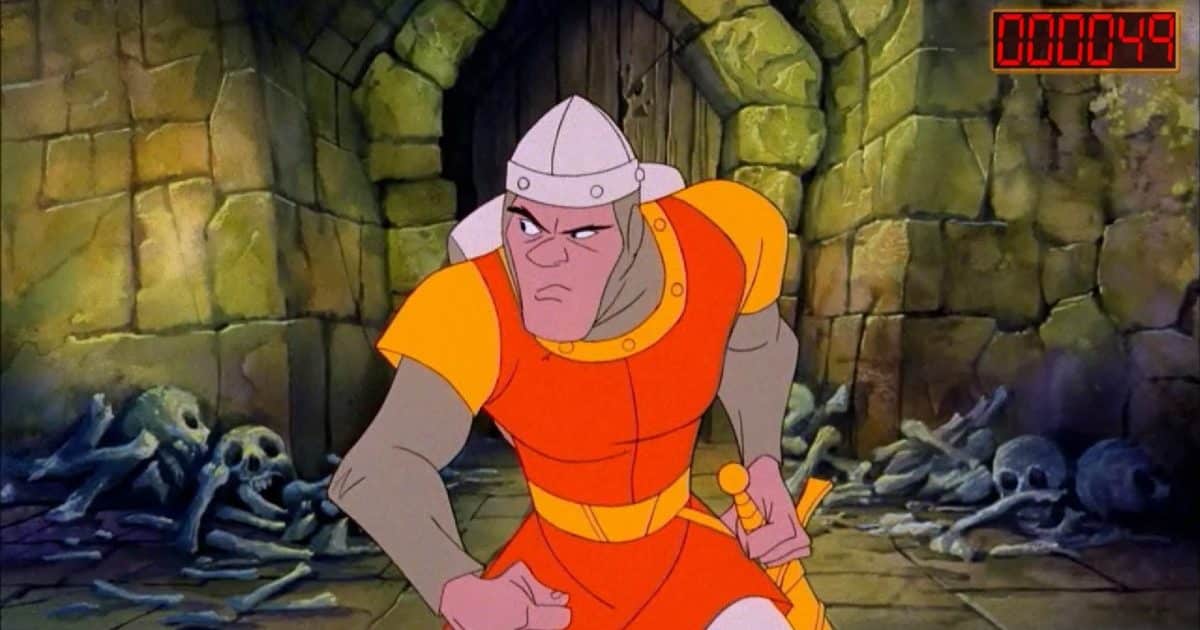 Dragon’s Lair was an interactive movie LaserDisc video game featuring animation by ex Disney animator Don Bluth, and it was released into arcades in 1983.

Dragon’s Lair was way ahead of its time, but it was also incredibly difficult, and whilst we never had the pleasure of trying out the arcade cabinet version, we do remember becoming extremely frustrated at not being able to complete even the demo version on our home console. 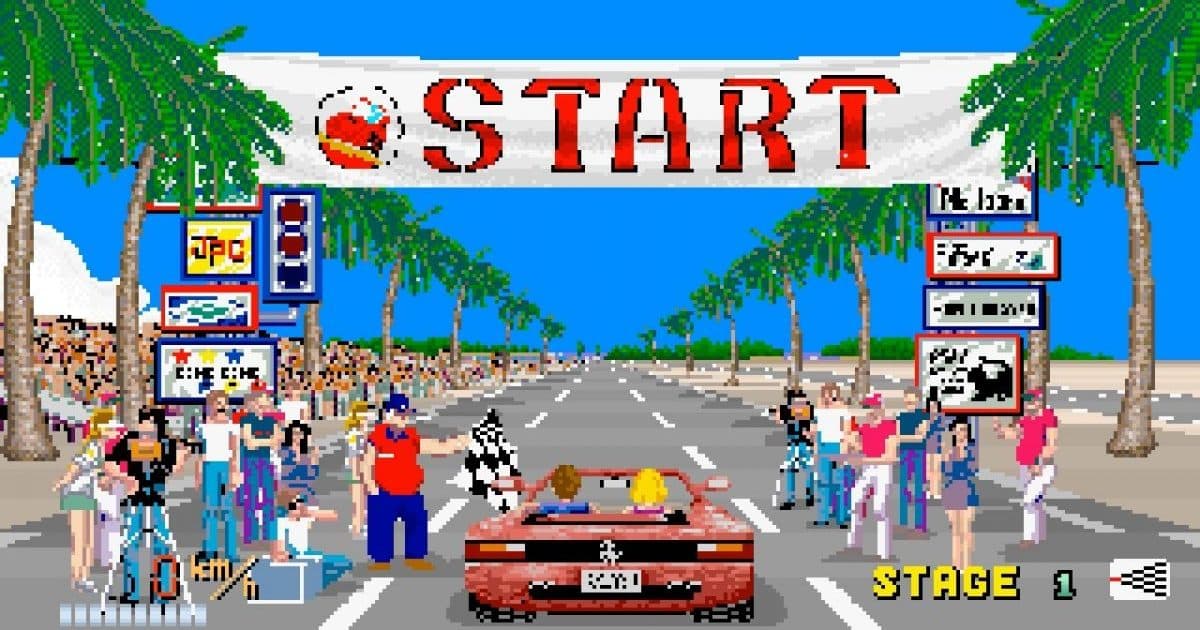 Out Run is one of the best-selling computer games of all time, and is notable for its pioneering hardware, graphics and music, and innovative features such as a selectable soundtrack and nonlinear gameplay.

Originally released into arcades in 1986, Out Run is one of the most fun driving games that we’ve ever had the pleasure to play. 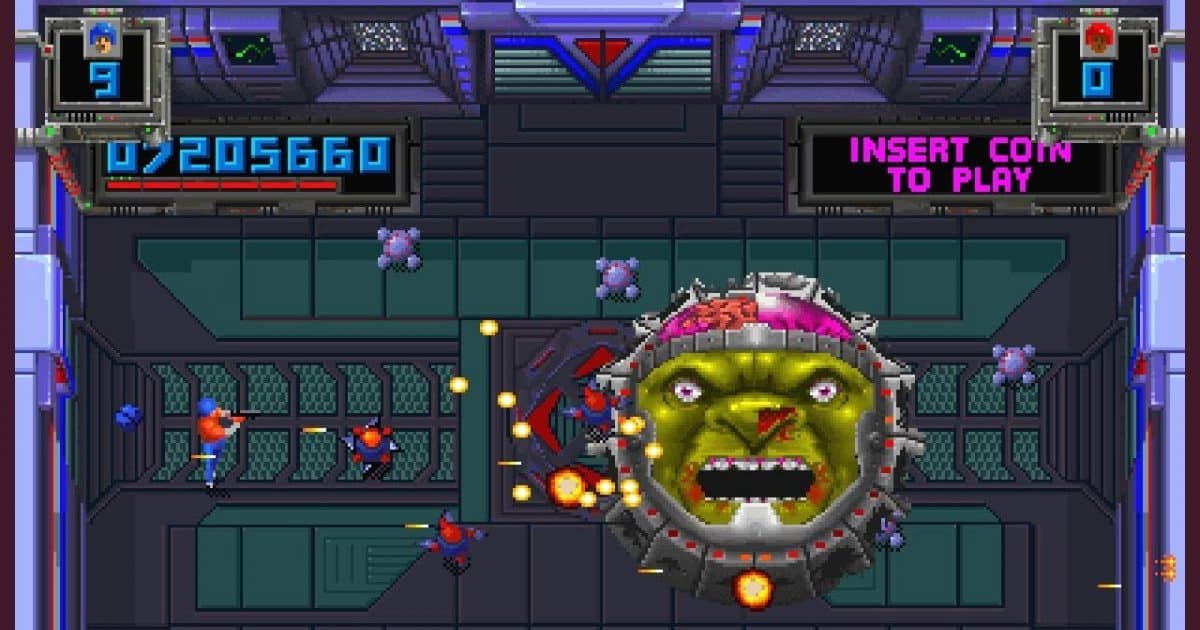 Known as Super Smash TV on The Super NES, Genesis, Master System, and Game Gear, the arcade cabinet version was simply called Smash TV, and it was just about the most fun you could ever have with a ten pence piece.

Smash TV saw us taking part in a futuristic, violent game show by using the arcade cabinet’s ‘twin sticks’ to destroy wave after wave of enemies, utilising the various weapons and power-ups that were at our disposal. 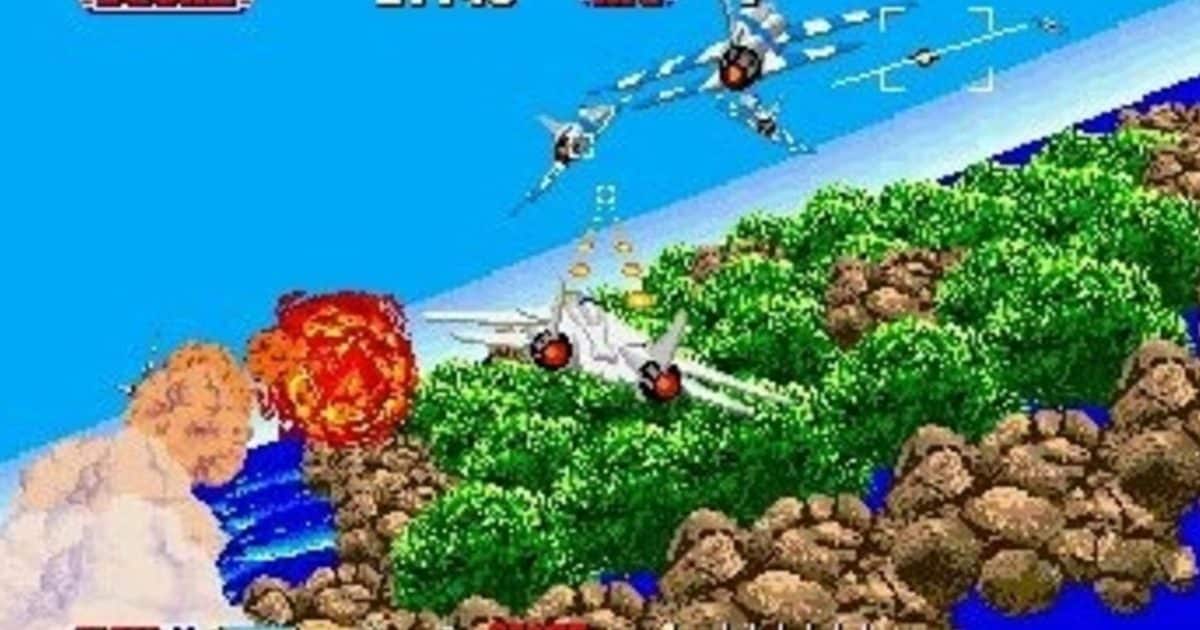 The arcade version of After Burner had an amazingly detailed joystick, and some cabinets even had a moving seat, making it one of the greatest game playing experiences of many an 80s kid’s youth.

After Burner, released in 1987, saw us flying an F-14 Fighter Jet, and we’ll be honest in saying that we can’t remember whether we played the original version or one of the many sequels that it spawned. 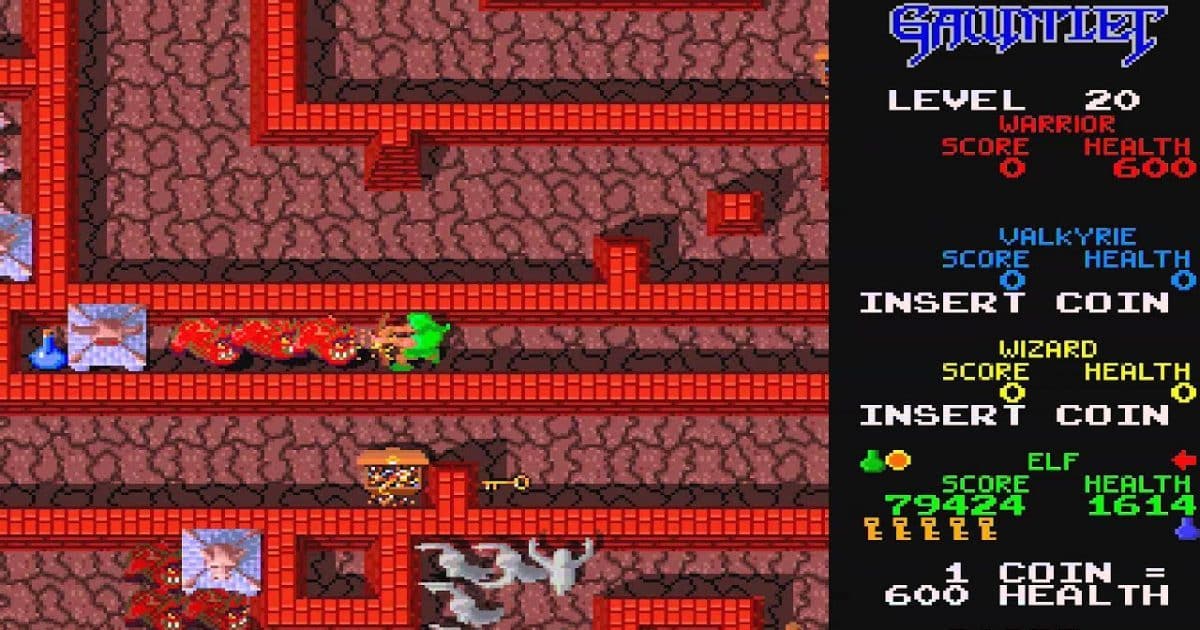 We vividly remember playing Gauntlet as a ten-year-old, because we had absolutely no idea what was going on or what we were supposed to be doing!

We probably weren’t the only ones however, as Gauntlet is credited as being one of the very first multiplayer dungeon crawling arcade games ever created. 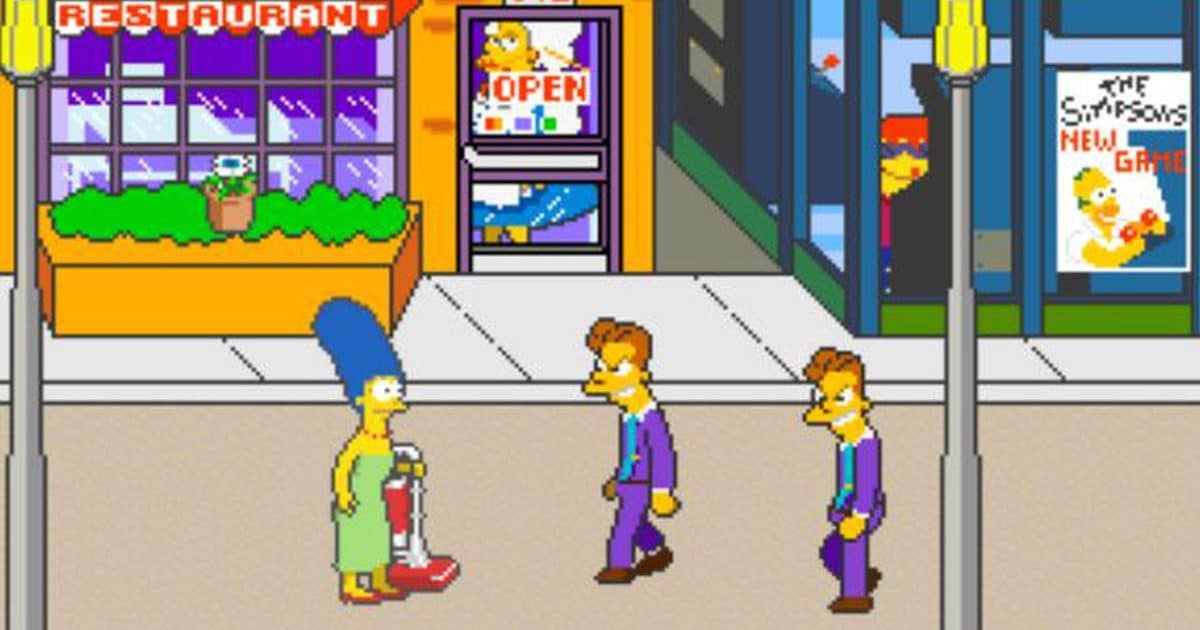 It was eventually ported to various home consoles, but The Simpsons game was first seen in the arcades when it was released in 1991.

Up to four players were able to control members of the Simpson family, who were desperately trying to fend off enemies as they attempted to rescue the kidnapped baby Maggie. 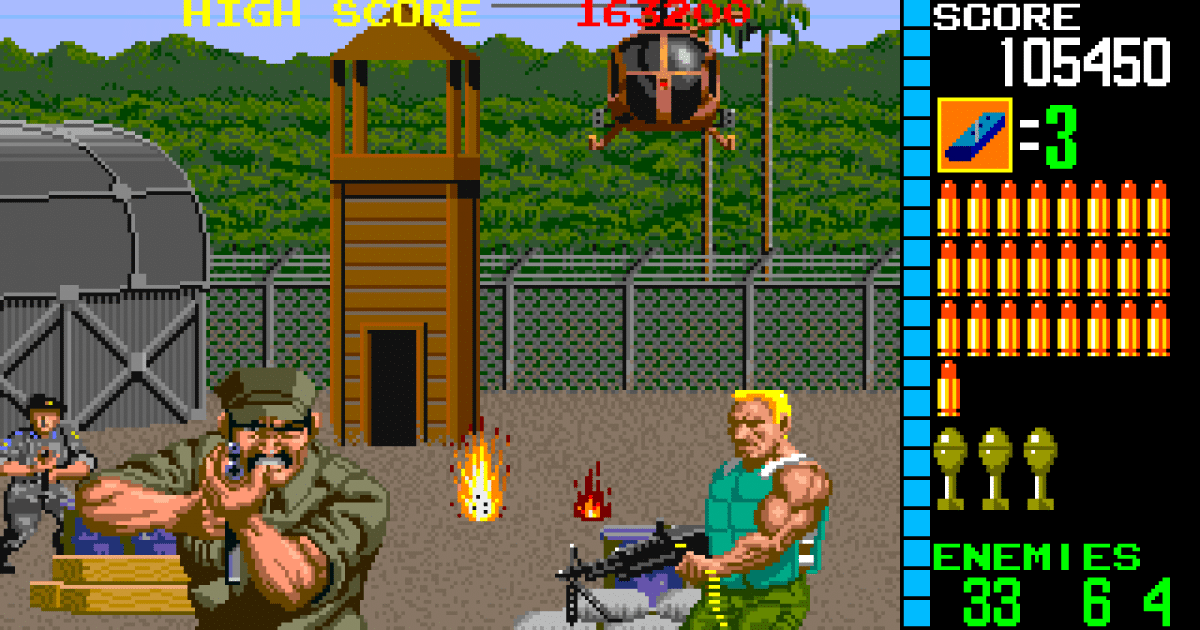 The formula may have been improved upon greatly with the likes of Time Crisis and its numerous sequels, but Operation Wolf was the very first time we remember pointing a plastic gun at a screen and shooting, so it holds a very special place in our hearts.

If you don’t remember playing the original then maybe you instead played one of its three sequels: Operation Thunderbolt, Operation Wolf 3 and Operation Tiger. 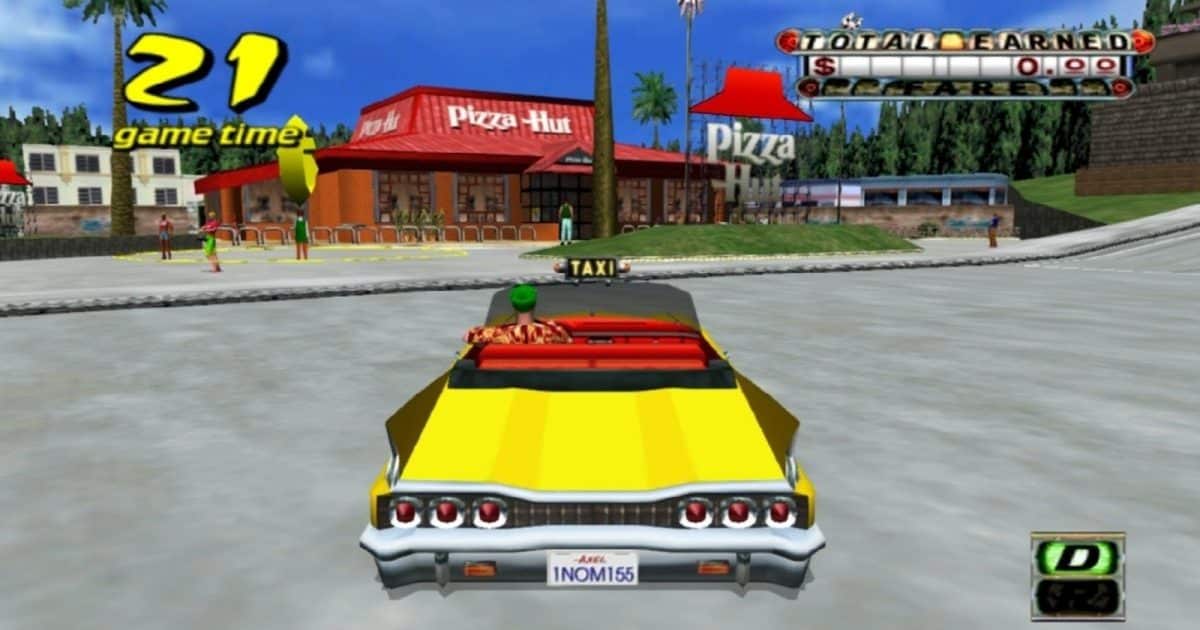 Although it wasn’t released into arcades until 1999, we simply had to include Crazy Taxi on our list, as it’s an arcade game that has swallowed a great deal of our loose change over the years.

Crazy Taxi later became the third best-selling game on the Dreamcast games console, and was also ported to the PlayStation 2, Nintendo GameCube, and PC.