10 Actors You Never Knew Had Twins

We usually think of our favourite movie stars as being one of a kind – but that’s not always strictly true. You might not have realised how many big-name actors have twin siblings, some of whom take other roles in the entertainment industry, and some who live happily outside the limelight. Here are ten actors who you might not have known had a little company in the womb. 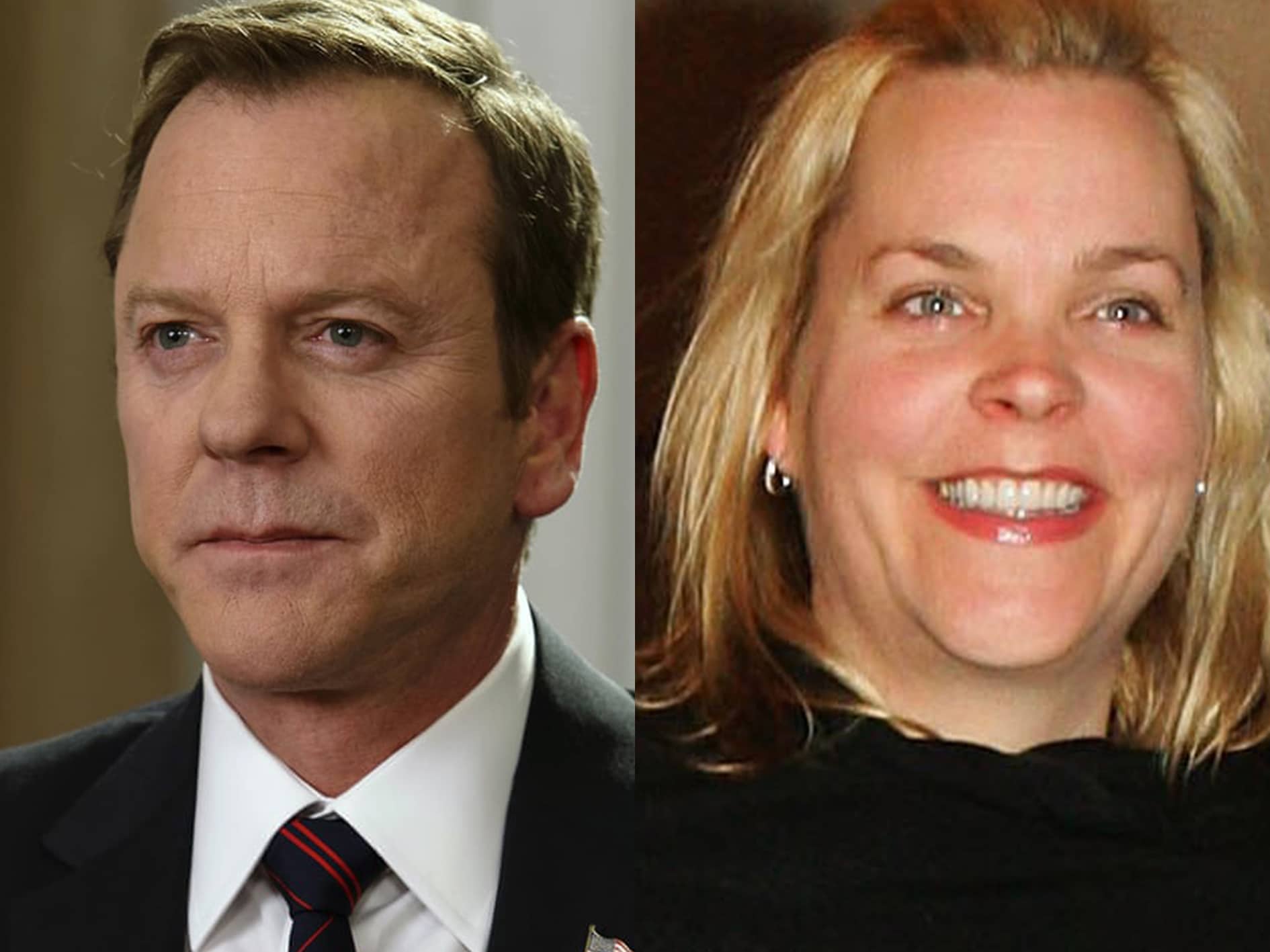 You’re probably aware that Kiefer Sutherland (famed for his roles in The Lost Boys and TV’s 24) is the son of fellow screen icon Donald Sutherland, but you might not have known that he has a twin sister, Rachel Sutherland.

While Rachel (the elder sibling by seven minutes) has not ventured into acting herself, she still works in the entertainment industry behind the scenes. She has served as post-production supervisor on many TV shows, her most recent credits including Nurses and Pretty Hard Cases. 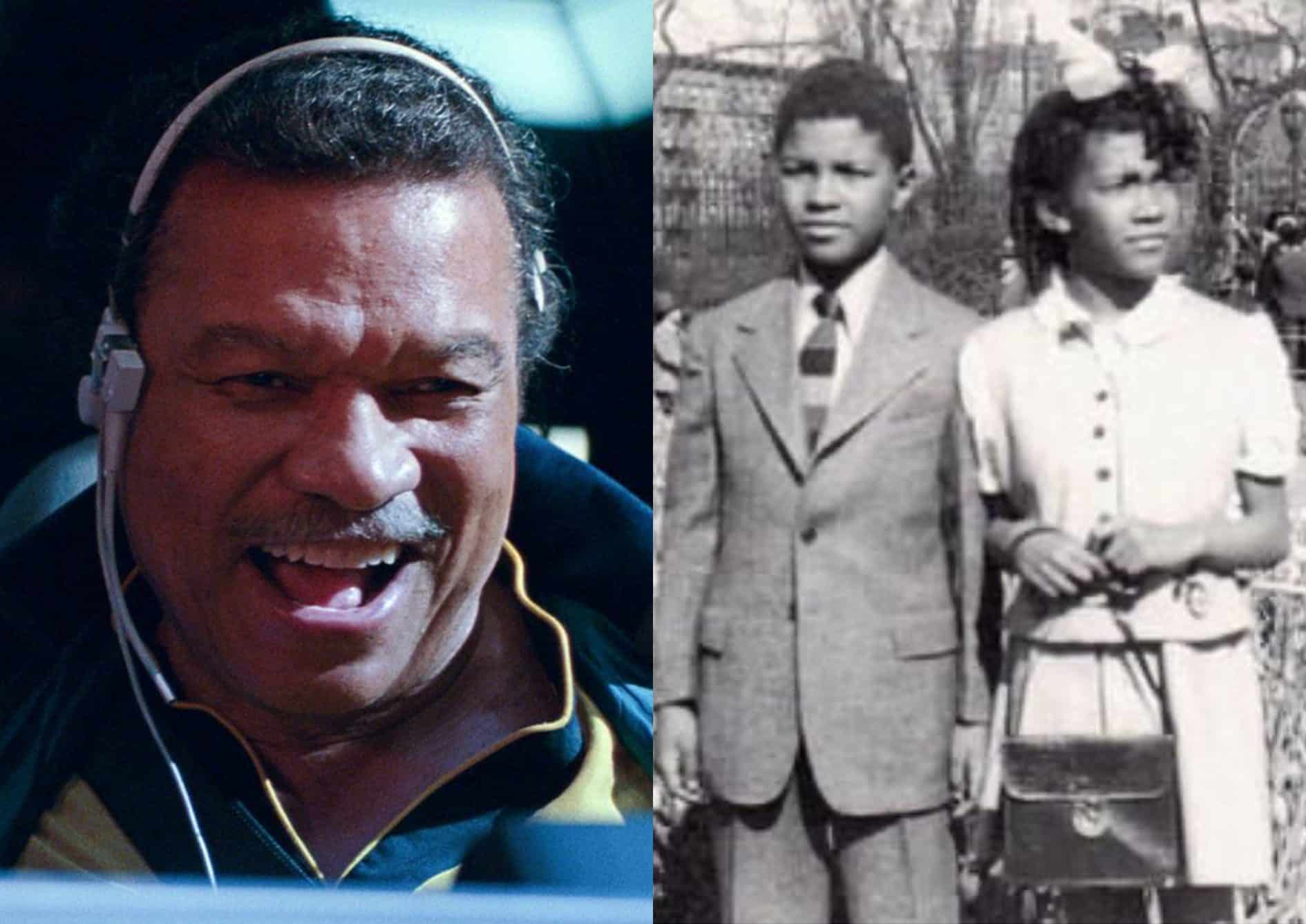 You know Billy Dee Williams from his long and illustrious acting career, most famously his role as Lando Calrissian in the Star Wars movies and Harvey Dent in 1989’s Batman.

However, you probably weren’t aware that Williams also has a twin sister, Loretta Williams (not to be confused with the 60s soul singer of the same name). 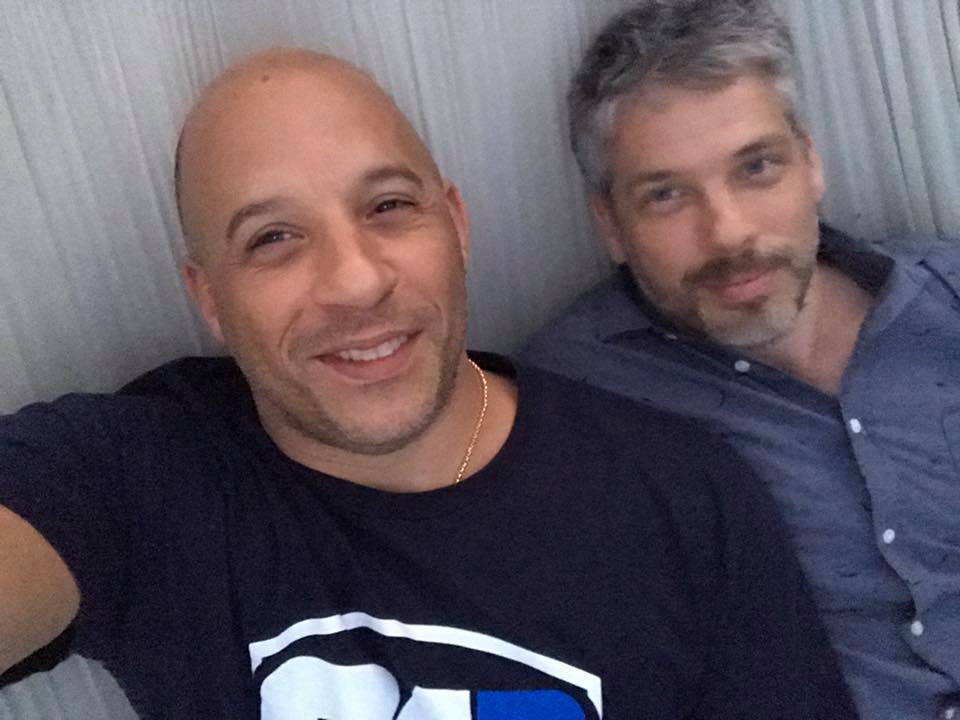 Thanks to his long-standing role as Dominic Toretto in the Fast & Furious movies, we’re all used to Vin Diesel telling us how much he cares about FAMILY. True enough, Diesel has a close familial bond with his very own twin brother.

The action star (birth name Mark Vincent) has a twin brother named Paul Vincent, about whom little is known. Reportedly Paul is keen to live a simple life outside of the limelight, so it probably helps that he and Vin are not identical. 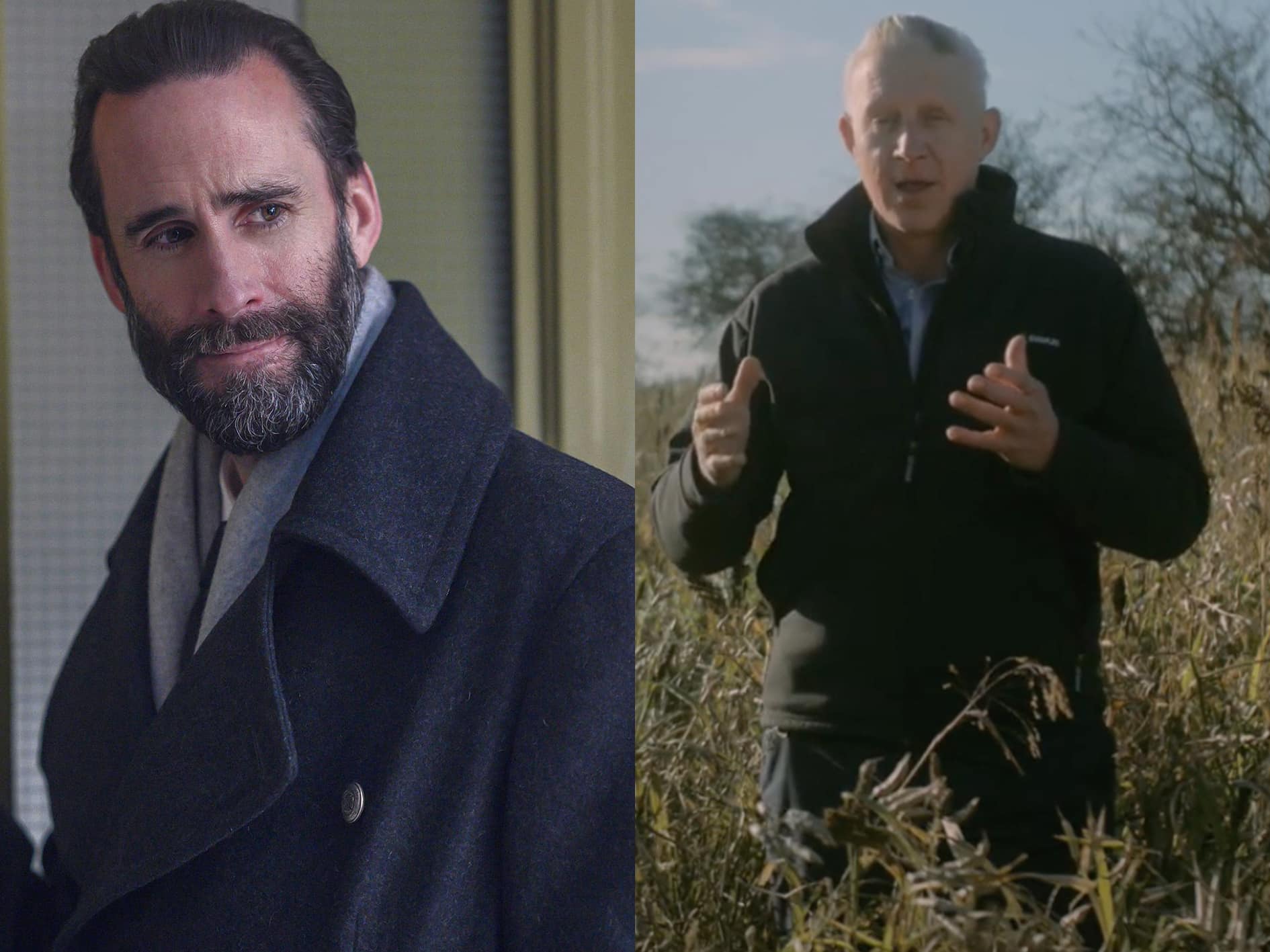 It’s no secret that Joseph Fiennes (best known for Shakespeare in Love and TV’s The Handmaid’s Tale) is the younger brother of the similarly esteemed actor Ralph Fiennes, and the cousin of famed explorer Sir Ranulph Fiennes – but did you know he also has a twin?

Joseph is the twin of Jacob Fiennes, a conservationist who oversees the large country estate of Holkham in Norfolk, England. 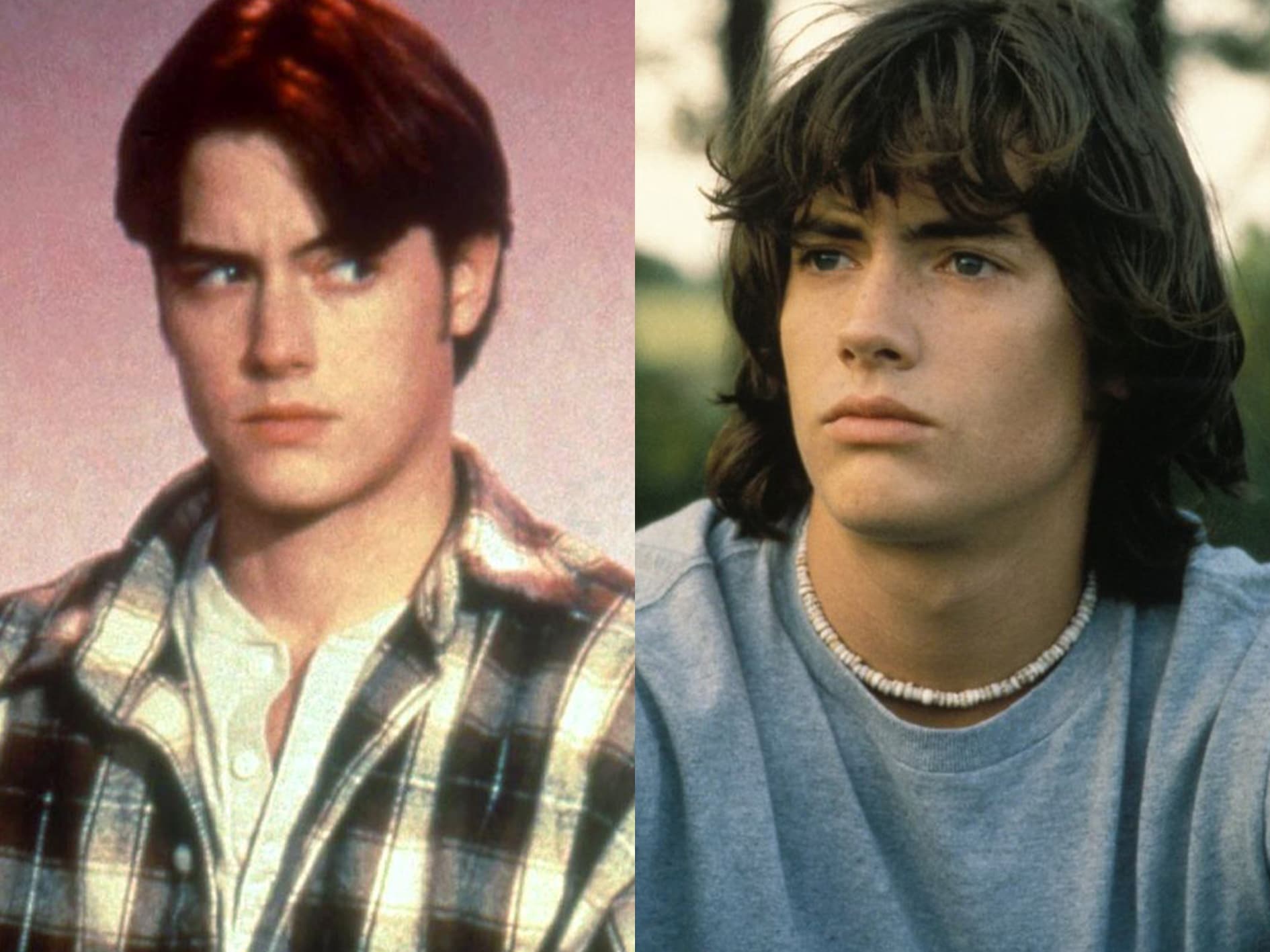 If you were among the many young hipsters in the 90s who saw the cult comedies Mallrats and Dazed and Confused, you’d be forgiven for thinking they both starred the same handsome young actor. In fact, Mallrats starred Jeremy London as TS Quint, whilst Dazed and Confused starred his twin Jason London as Randall ‘Pink’ Floyd.

Both London brothers enjoyed successful careers for a time, with Jeremy landing a long-running role on TV’s Party of Five and Jason’s film appearances including To Wong Foo, Thanks for Everything! Julie Newmar and The Rage: Carrie 2. Sadly, their careers soon dried up and both men have had troubled lives, with drug and alcohol issues and arrests (Jeremy for domestic violence, Jason for a drunken bar fight). 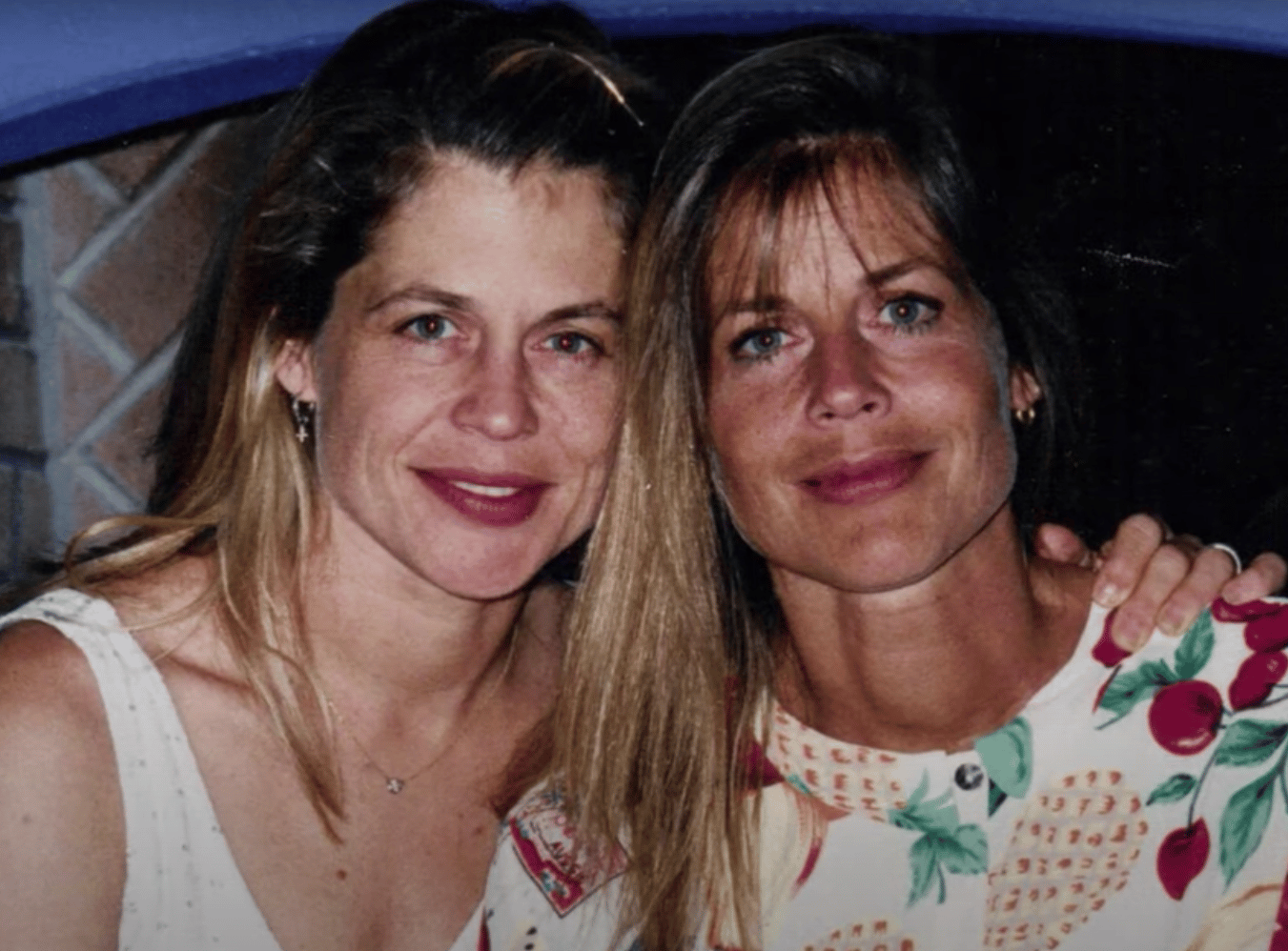 Terminator legend Linda Hamilton was born twin to Leslie Hamilton. As the two were identical, Leslie doubled for Linda for a number of scenes in Terminator 2: Judgment Day, including a dream sequence, a scene involving a mirror and a moment when Linda’s Sarah Connor is imitated by the shape-shifting T-1000.

Sadly, Leslie Hamilton Freas (who went on to work in nursing) died in August 2020 at the age of 63. 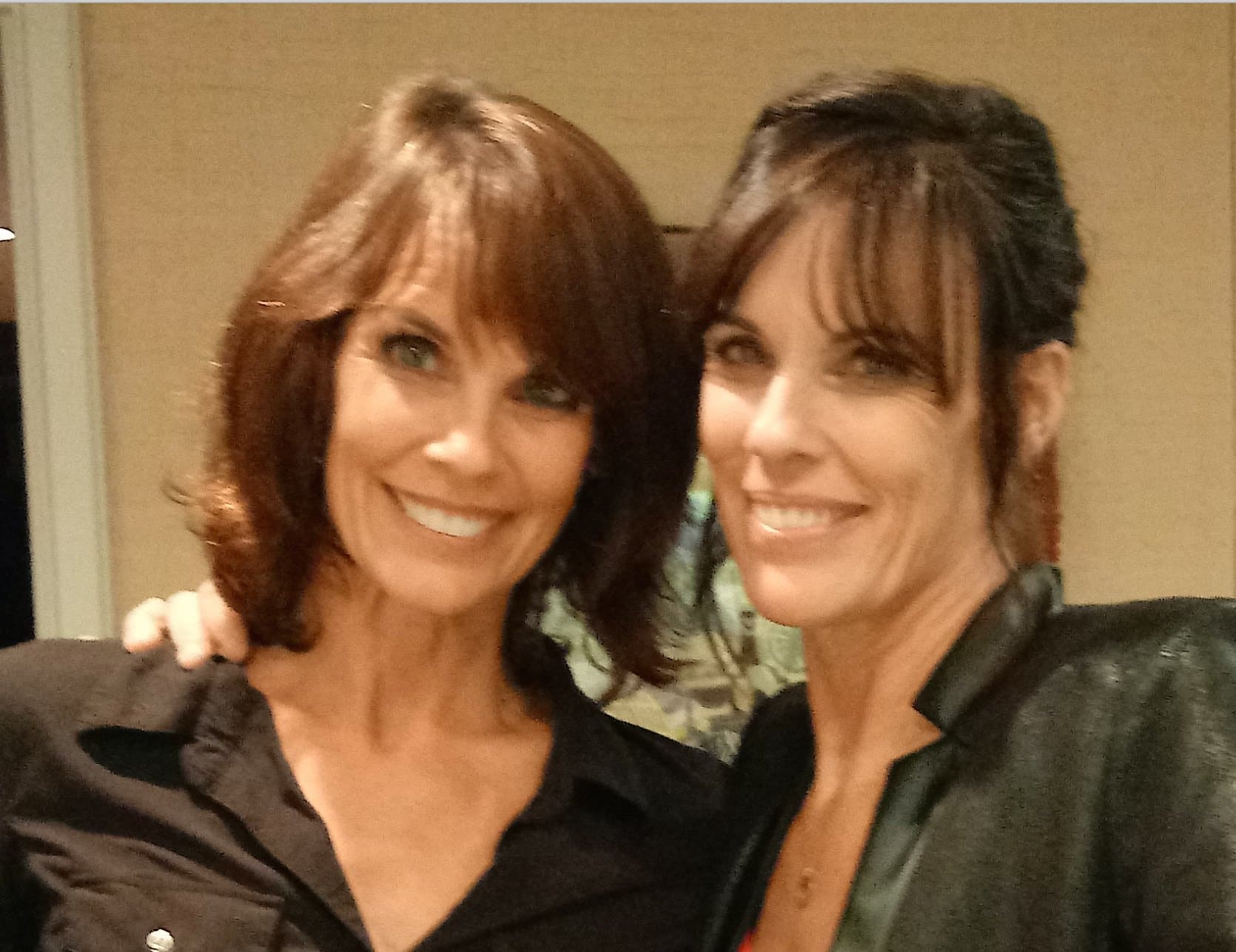 Actress Alexandra Paul (famed for TV’s Baywatch, plus such films as Christine and Dragnet) has an identical twin named Caroline Paul. Where Alexandra played at saving lives on TV, Caroline did it for real as one of the first women to serve in the San Francisco Fire Department.

Caroline Paul wrote a memoir of her time as a firefighter, and has since enjoyed a successful career as a writer, whilst Alexandra now works primarily as a wellness coach. 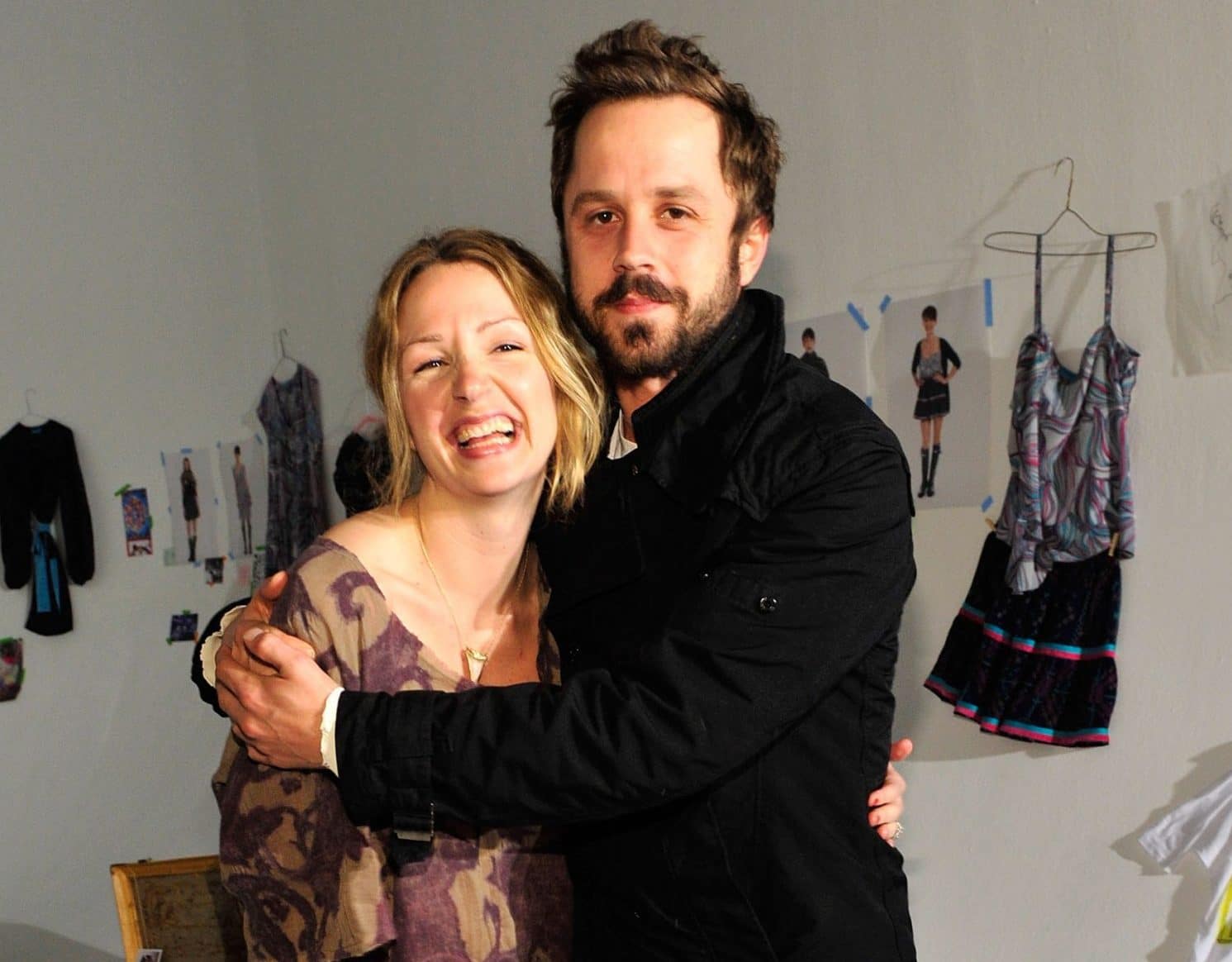 Giovanni Ribisi rose to prominence in the 90s with TV’s Friends, Saving Private Ryan, The Gift and Boiler Room before enjoying his highest-profile role in mega-blockbuster Avatar. These days, he’s most familiar for TV’s Sneaky Pete.

His twin sister, Marissa Ribisi, is also an actor, whose credits include Dazed and Confused, The Brady Bunch Movie and Pleasantville. She took an 18-year hiatus from the screen before returning with a role on TV’s On the Verge in 2021. 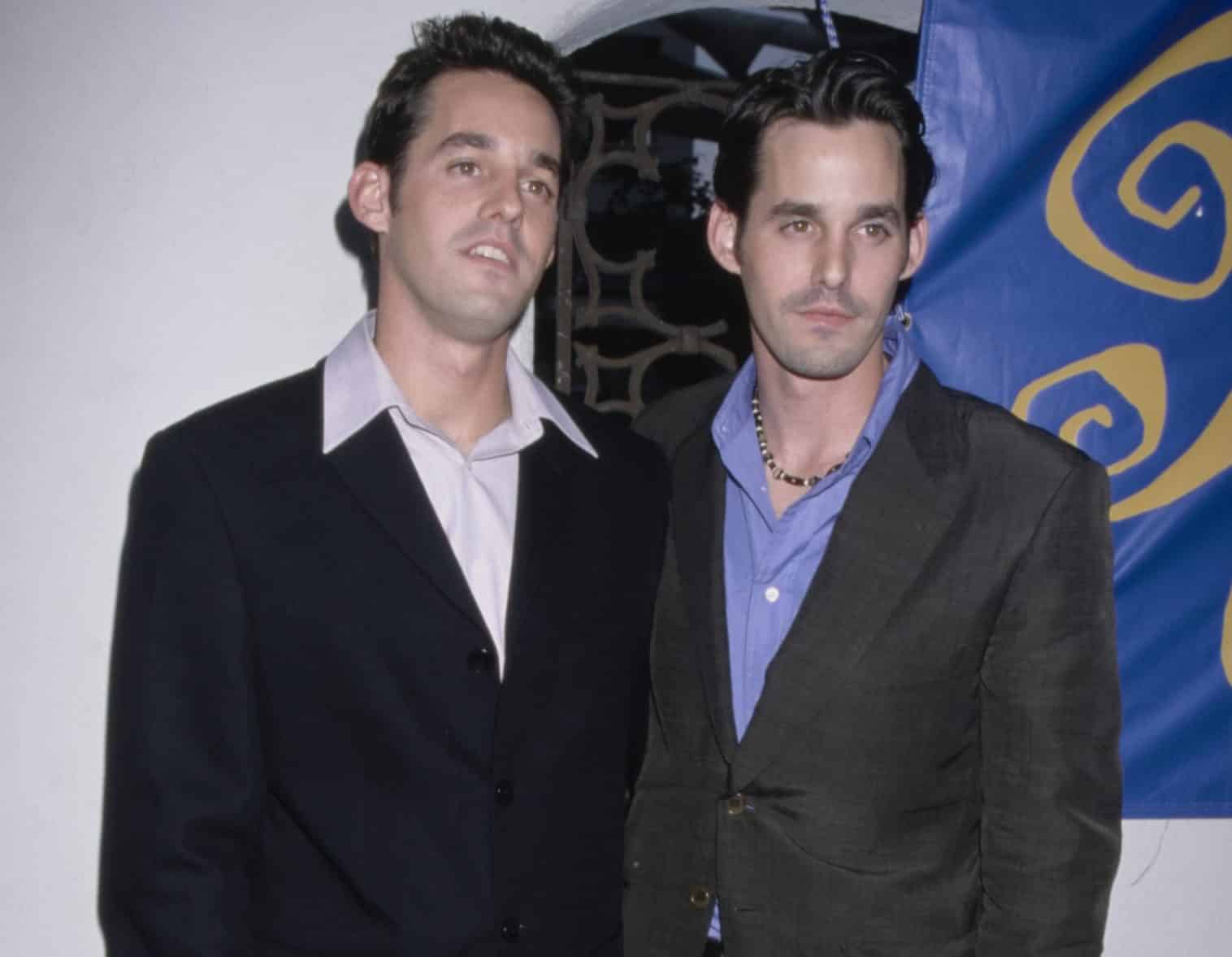 Nicholas Brendon enjoyed his big break as Xander Harris, the male lead of TV hit Buffy the Vampire Slayer. His identical twin brother Kelly Donovan served as his stunt double in the show, and the two appeared side-by-side in season five episode The Replacement, in which Xander is magically split in two.

Kelly Donovan has a few other credits in film, both as an actor and crew member. Brendon’s career faltered after Buffy ended, and sadly the actor has since garnered most attention for his high profile arrests relating to alcohol, drugs and spousal abuse. 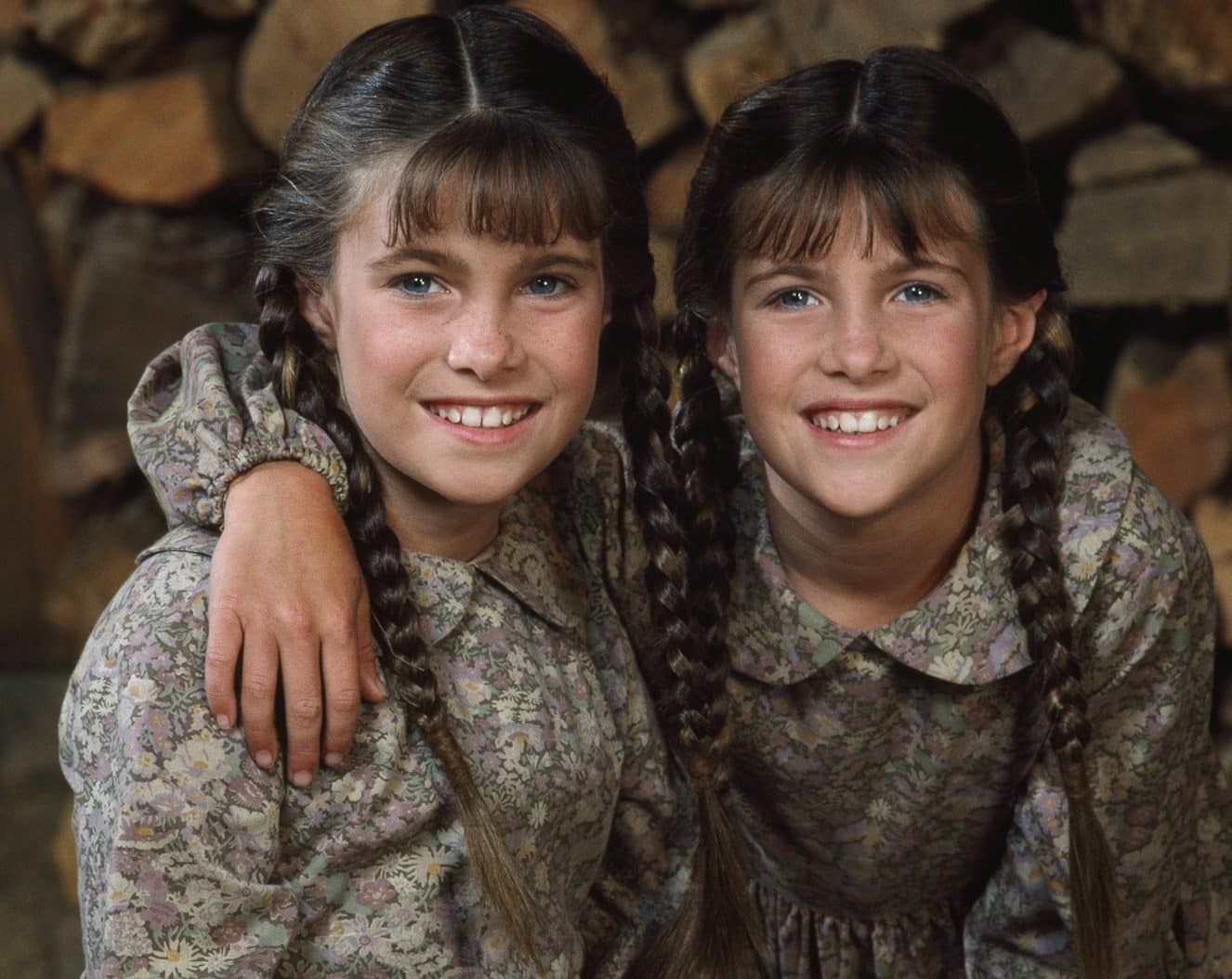 Anyone who ever saw 70s/80s TV classic Little House on the Prairie is bound to remember the character of little Carrie Ingalls, but you might not have known that it was actually two actresses who played the part. Twin sisters Lindsay and Sidney Greenbush shared the role, credited as Lindsay Sidney Greenbush.

As the twins struggled to find roles following the end of Little House on the Prairie, they both retired from acting early and went back to school. They both went on to work closely with horses: Lindsay became an equine iridologist, whilst Sidney is a horse breeder and one-time professional rodeo rider.