When it comes to 1980s action figures, what are the first names that come to your mind? Is it He-Man? Maybe ThunderCats? What about M.A.S.K?

We loved those toys as much as you did, but today we’re putting them to one side so we can instead focus on those action figure toy-lines that you loved at the time, but didn’t keep in your memory banks as you transitioned into adulthood.

Below are 10 action figure toys we think you’ll have completely forgotten about, but if you do remember any of them then be sure to put us straight by posting a comment!

Arriving in the distant past of 1986, Super Naturals were different from other action figures of the time in that, instead of having regular features, they had flat faces and chests that had a holographic sticker attached to them. This may seem basic by today’s standards, but back in the mid 80s we simply had not seen anything like it before! 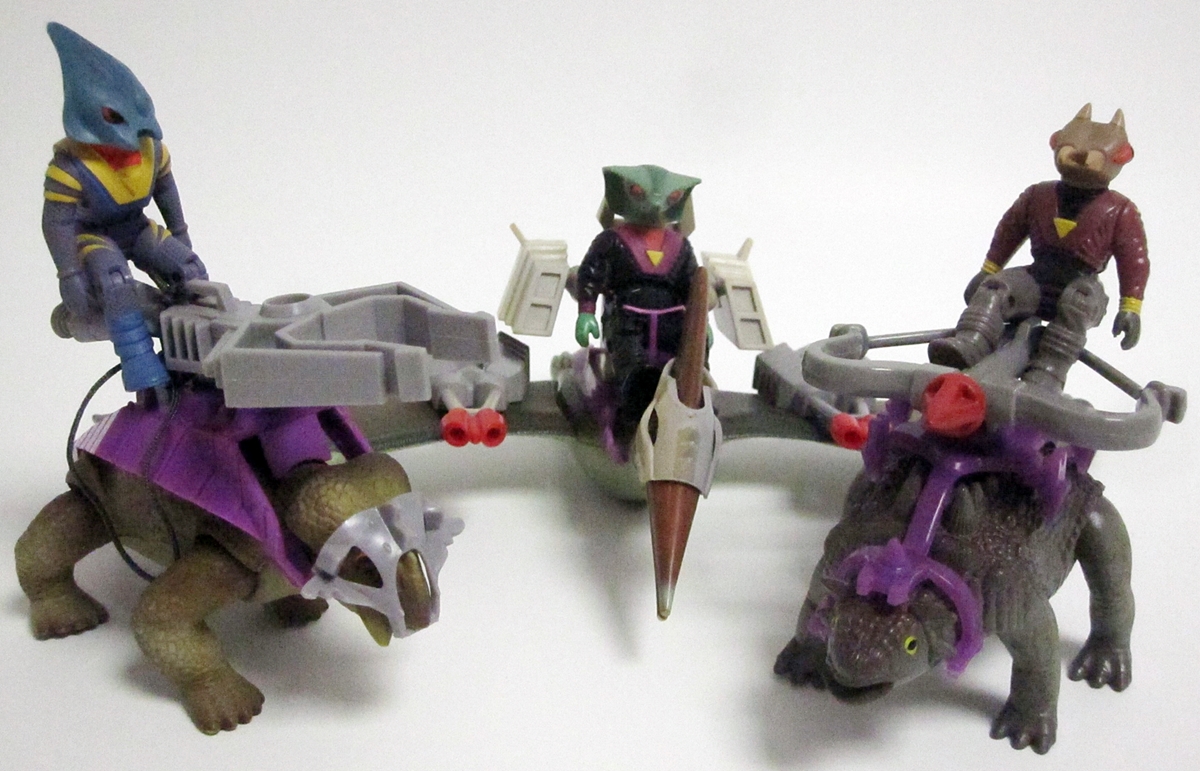 Dino-Riders were made by Tyco, and as with many other toy lines, they had a cartoon series that was created primarily to sell more of them.

In total there were four series of the toys, released from 1988 until 1990, and we seem to remember that some of the larger dinosaurs could walk by themselves! (Batteries not included we suspect). 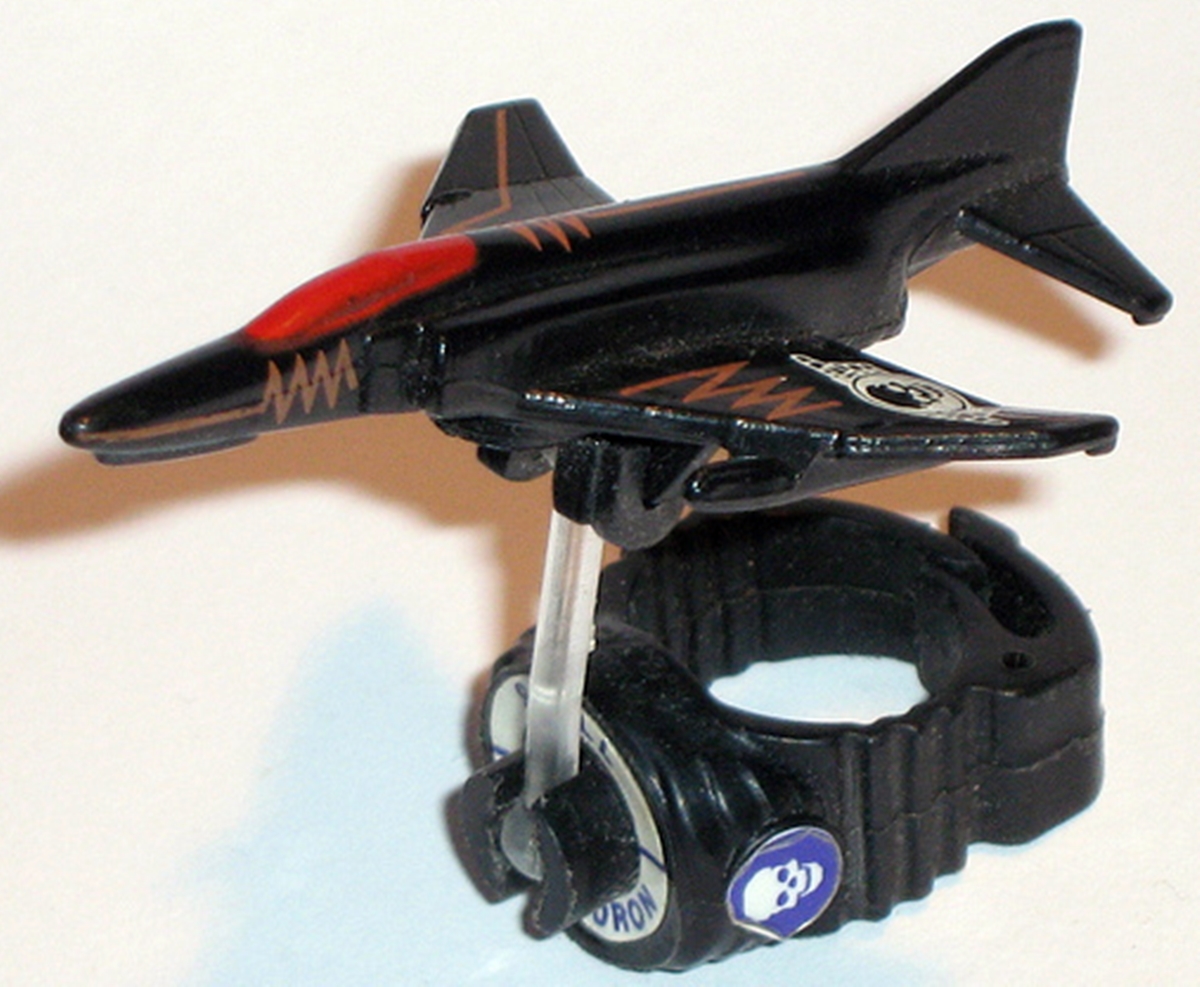 We can picture the scene of toy manufacturer executives gathering in a conference room, scratching their heads as to how they could ever possibly sell rings to boys. And then someone pops up: “I know, let’s attach cool looking planes onto them!”

Ring Raiders toys were only available for about 6 months, and consisted of small plastic toy planes mounted on plastic rings via a detachable stand. 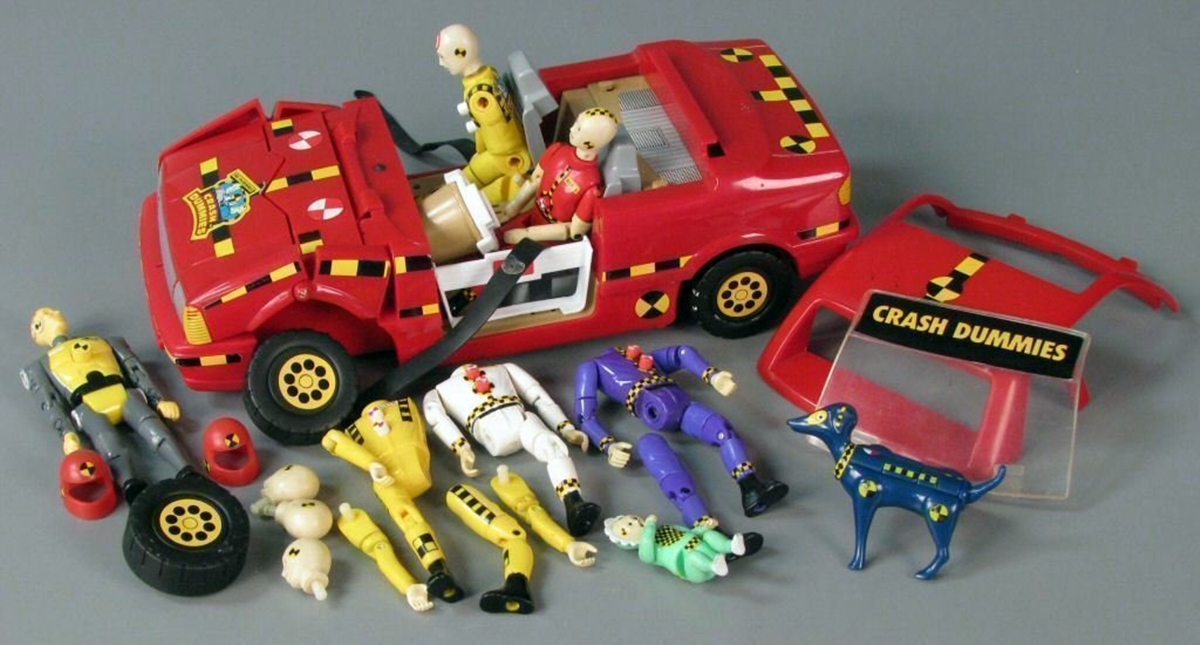 Not quite an 80s toy as they were released from 1990 to 1994, but we had to include them as we for one had completely forgotten they ever existed!

The Incredible Crash Dummies were created to look like the full sized crash test dummies that featured in a public service videos in the late 1980s, did you own one? 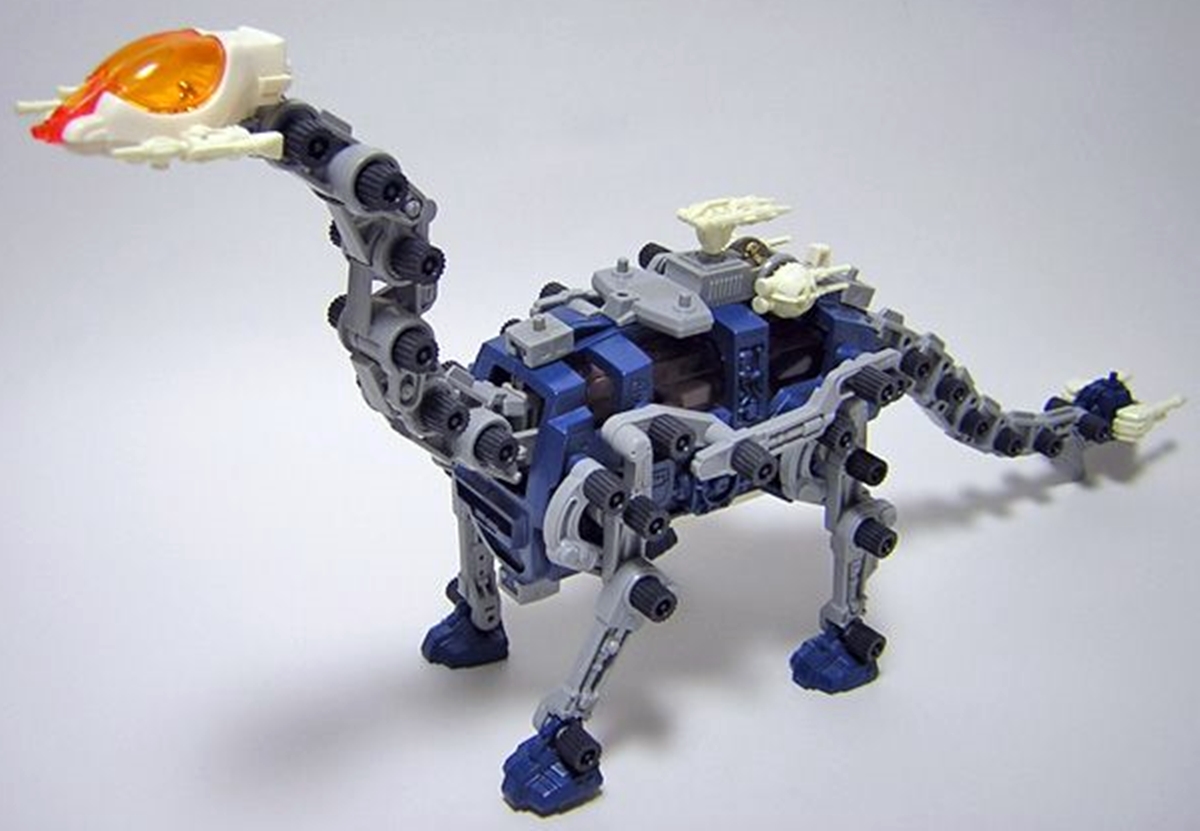 Zoids started out with the toys that you had to put together yourselves (we especially remember the massive Gojulas!)

But the franchise, created by toy legends Tomy, eventually expanded massively to include 5 animated TV series (Chaotic Century, New Century, Fuzors, Genesis and Wild) as well as computer games and other merchandised products. 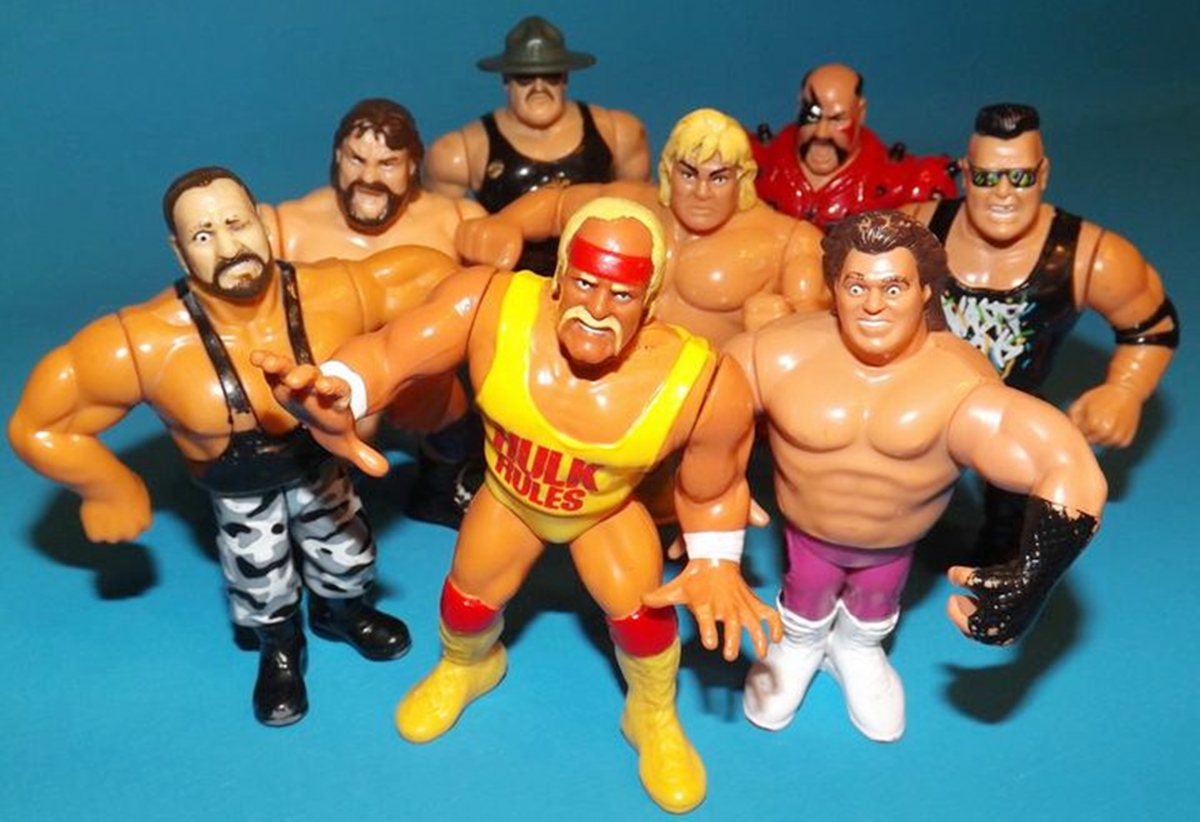 WWF Wrestling Superstars were the first action figures based on the wrestlers of the WWF, and to be fair they were extremely accurate in appearance to their real life wrestling counterparts.

They were created from 1984 to 1989, at which time their creators LJN closed its toy division, ending the production of the figures for good. 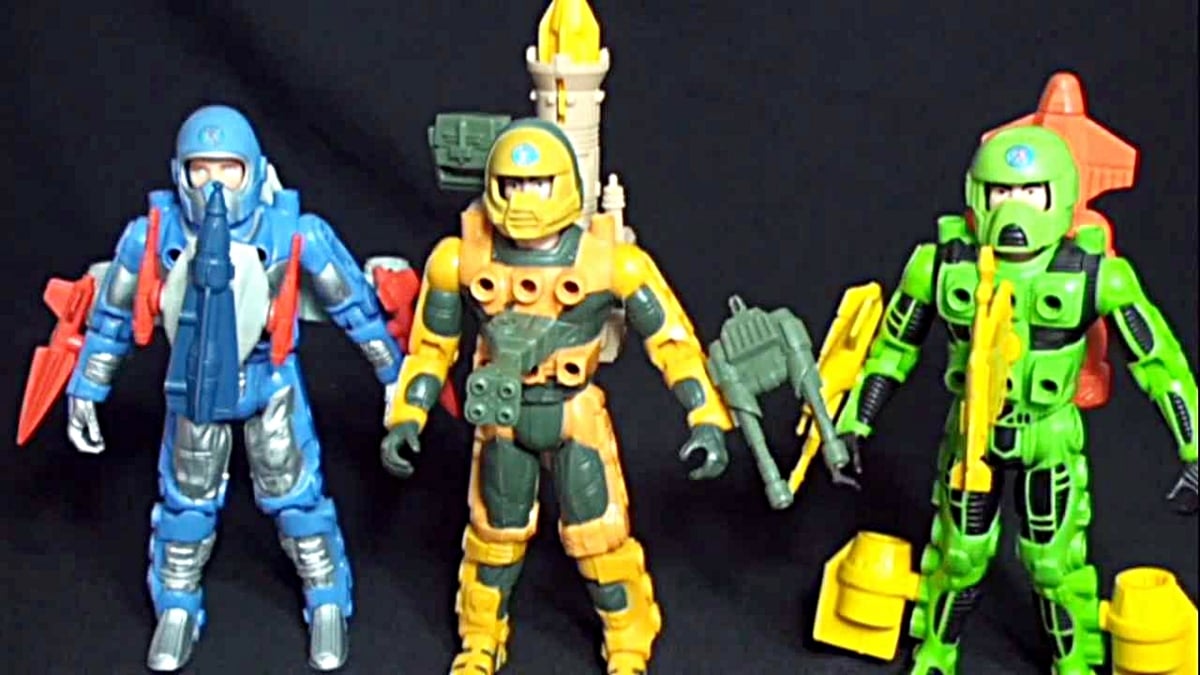 We’ll be honest and say that actually, we were big fans of The Centurions cartoon and toys, but we do wonder if others remember them as well as us.

Originally there were 3 Centurions: Max Ray (coloured green), Jake Rockwell (yellow), and Ace McCloud (blue), but 2 other Centurions were later added, they being Rex Charger (red and pale green) and John Thunder (black).

8. Visionaries: Knights of the Magical Light 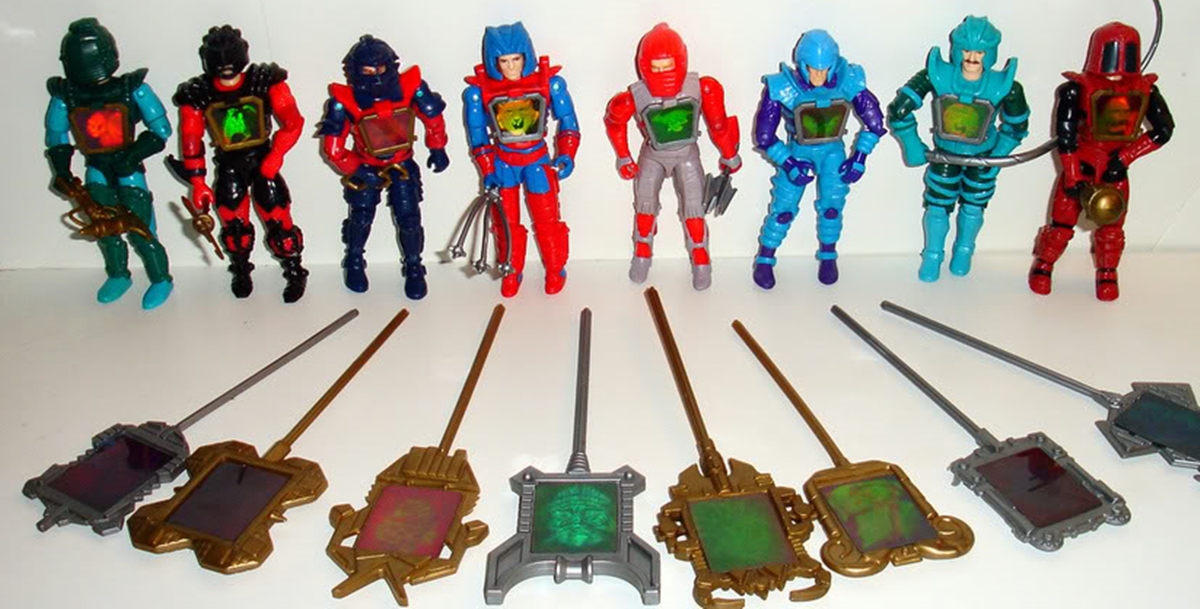 Do you remember Visionaries: Knights of the Magical Light? The toys weren’t available for long, and the cartoon series only ran for 13 episodes, but if you still have them stored away and you’re willing to sell then they could give you a decent return.

A collection of all the unboxed figures (except one) fetched £150 in September 2017.

9. Monster In My Pocket 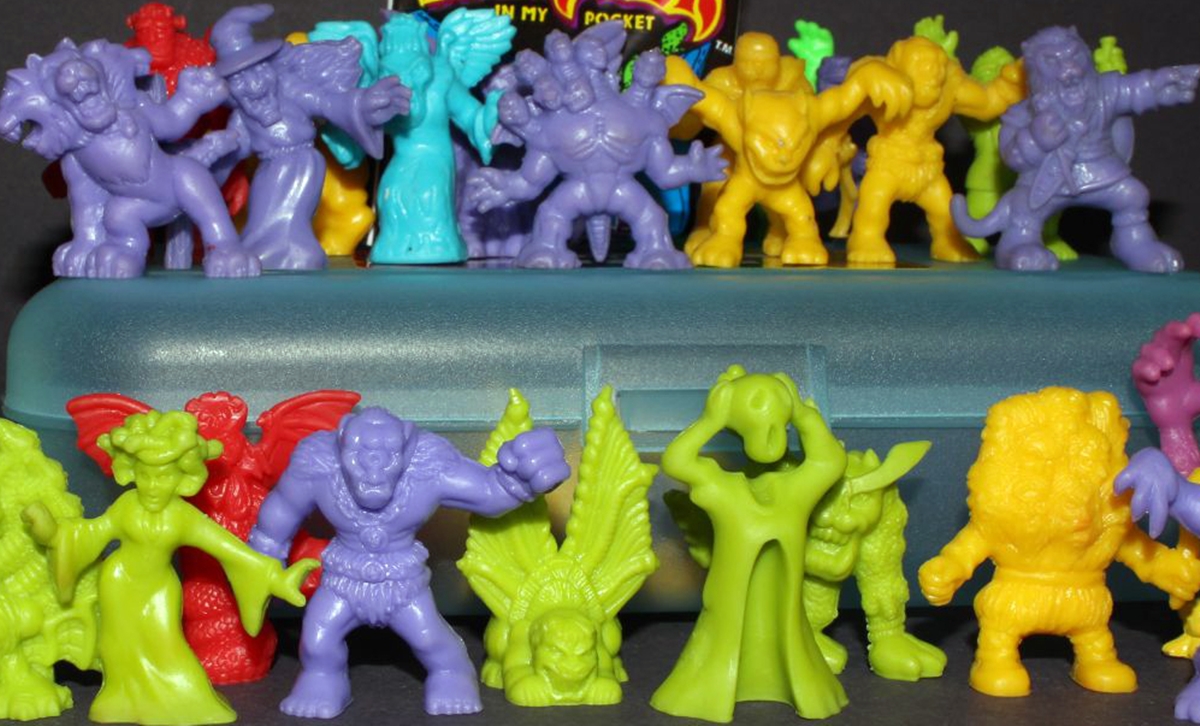 The tiny gruesome Monster in my Pocket range featured creatures from real life religions, as well as sci-fi, mythology and fantasy.

In addition to the figures there were also trading cards, comics, games, books, clothing, stickers and a computer game.

The brilliant Battle Beasts were a range of small toys that took the form of animals with body armour and weapons.

They were originally created in Japan by Takara where they were called ‘BeastFormers’, and they began to be distributed in the west in 1987 by toy giants Hasbro.